Home > Gear > Tech > Review: The Samsung Galaxy Z Fold2 is a massive improvement from the original 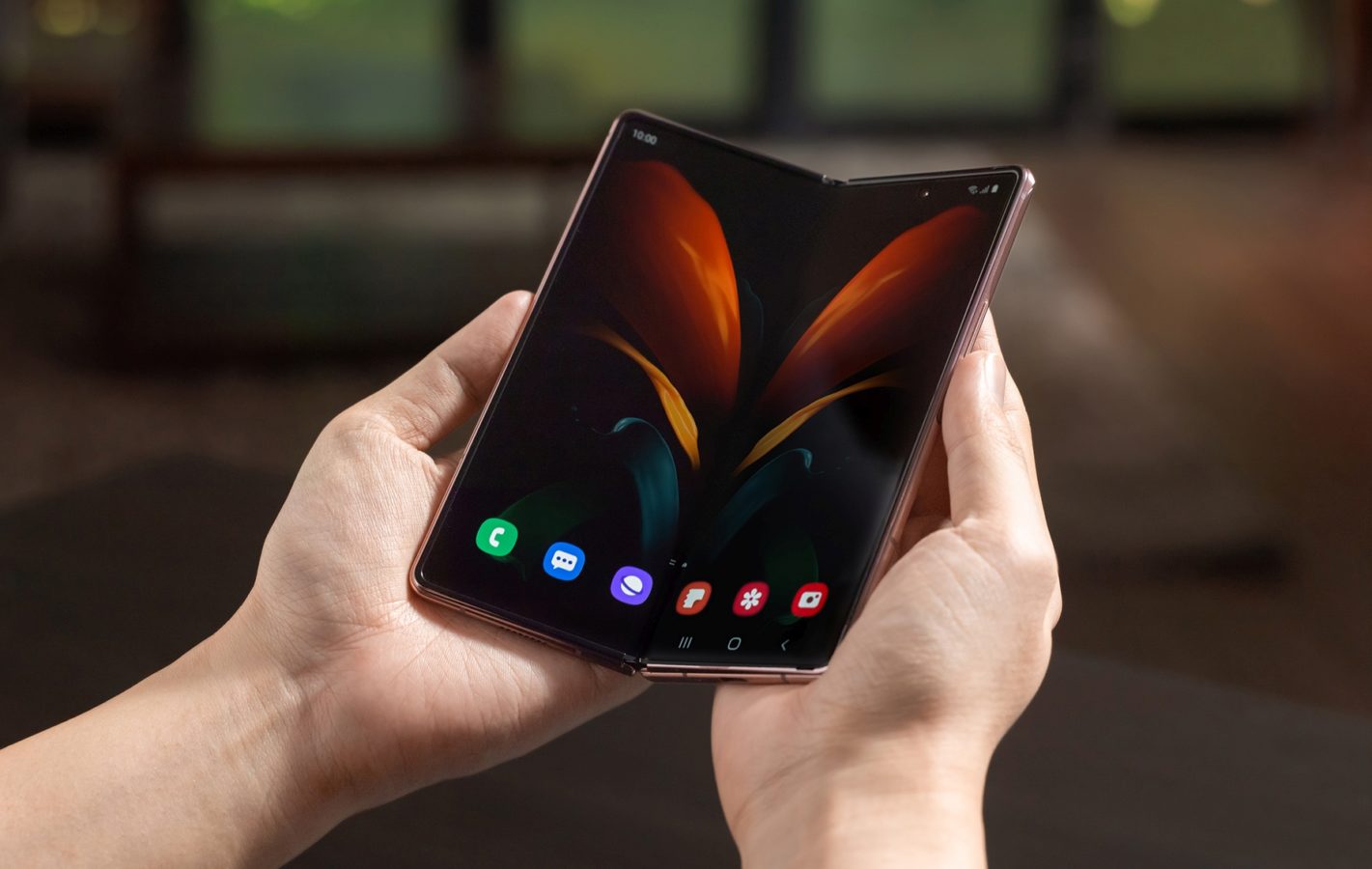 Review: The Samsung Galaxy Z Fold2 is a massive improvement from the original

Gear
Review: The Samsung Galaxy Z Fold2 is a massive improvement from the original
Share this article
Next article

There’s no stopping Samsung with its latest smartphone, the Galaxy Z Fold2.

You may have seen my previous reviews on its predecessor, the Galaxy Fold as well as a spin-off, the Galaxy Z Flip.

Already in its third-generation, the Galaxy Z Fold2 is everything you want in a foldable smartphone that doubles as a tablet. It has an insanely large screen; it’s perfect for movies and binge-watching; gaming is a totally new experience, and it’s also a great multitasking machine. Sure, the Galaxy Z Fold2 is an amazing smartphone/tablet, but at what price?

When it comes to the Galaxy Z Fold2, its design isn’t what’s talked about often enough. For all the good it did on the first iteration, there was a lot for Samsung to improve on with the second-generation. And improve, it did… well, somewhat. In the first edition, the fold felt somewhat rigid after excessive folding and unfolding over the span of a couple of weeks. But for the Galaxy Z Fold2, that didn’t seem to be the case.

It was large and gargantuan, much like last time but definitely with a new edge to its look. One of the biggest updates would definitely be the materials that went into building the device. This year saw the introduction of entire chassis of metal alongside brushed metal finishings to go with its Corning Gorilla Glass. This not only gives it a premium look and feel, but it also appears slightly heavier than its counterpart. Of course, this isn’t necessarily a bad thing as the weight disparity is almost next to nothing.

Even the fold felt a lot more natural to the touch, making it easier to do it singlehandedly. Its natural tilt to open and close is also a lot better than before, providing a natural lift-off and landing movement without too much force. This is helped with the use of a hideaway hinge that has been precisely engineered for incredibly smooth movement. With that said, Samsung has made sure the fluidity of the Galaxy Z Fold2 is impeccable, to say the least.

Starting with the outer 6.23-inch HD+ Super AMOLED display, you can see that Samsung went all out with it. Given how the previous iteration was off-centred and way too small to be considered practical, the Galaxy Z Fold2 fixes all that. The cover display screen now stretches from edge-to-edge, making it a worthy adversary for your precious screen time. The screen was big and bright enough to gain my attention without actually having to open it up fully. Then again, you can only do so much with it.

To truly experience the Galaxy Z Fold2 in all its glory, you have to utilise its entire 7.6-inch display to the fullest. It’s a massive screen, coupled with it being a massive device, to begin with. But fret not, Samsung ensures that your viewing pleasure is nothing short of amazing.

One big update was not replicating the large notch from the Galaxy Fold and instead, opting for the Infinity-O display technology. Aside from that, YouTube videos were easy to stream with a clean and consistent connection; streaming sites like Netflix, Prime Video, and HBO Go were great with HDR10+ support as well as the 120Hz refresh rate. This made sure that whatever you threw at the screen, it knew how to make the best out of it.

All in all, the screen was definitely a sight to behold. Brightly lit with full of vibrant colour and vivid movements, it hits all the right notes for both smartphone and tablet display screen standards. While streaming and watching videos is what makes the Galaxy Z Fold2 great, it’s also found good usage in other areas. Working remotely has proven to be particularly fruitful, making full use of its large screen by putting up three different windows at one-go. Gaming was also a big treat with the 120Hz refresh rate; this made sure my frame rates stayed the same without any lag or screen freezing.

Whether it be for work or play, the Galaxy Z Fold2 can do it all. As a daily driver, I ran it through my rotation of apps, which includes fan favourites like Instagram, TikTok, Twitter, and Reddit. Messaging apps were also thrown into the mix, which mostly consisted of WhatsApp and Telegram. Given how we have to be on-the-go at a second’s notice, it works out to have the Galaxy Z Fold2 with me on my day-to-day. It was large enough for me to get work done while also being able to enjoy an episode or two of my favourite series.

It has also made swapping in-between apps quick and easy without any hiccups in performance. I’ve switched between Netflix, WhatsApp, and Google Drive for hours on end sometimes and not once has it given me any issues. The battery life also never gave me any real cause for concern with a full charge lasting almost 20 hours at one point. I also appreciated the fact that the Galaxy Z Fold2 could be used in a myriad of ways.

In all honesty, taking pictures with the Galaxy Z Fold2 has been a real hit-and-miss experience for me. On the plus side, taking pictures using the outer display with the triple-camera lens setup at the rear is exceptionally easy; but on the downside, using it in full view can be a bit daunting, considering just how large and fragile the device really is.

At the back, you’ll find a trio of 12MP lens sporting wide, ultra-wide, and telephoto properties with the necessary accessories like optical image stabilisation (OIS) and dual pixel PDAF. This combination works well together, ensuring you get the necessary shots from the push of a button. Colours were bright and vibrant, ensuring your subject shows off its best features and in the right light and setting. its autofocus system was quick to the trigger; this was key in capturing the sharpness in our shots.

The telephoto lens made light work of its shots, being able to bring sharpness and clarity up to 4x zoom levels. It can go up to 10x but that is when the picture gets all blurry and muddled. As for its Live Focus feature, it helps if your subject is in a well-lit environment to get the best out of your shots. Aside from that, it does well to blur out its background to give it a bokeh-like effect.

After spending approximately three weeks with the Samsung Galaxy Z Fold2, I can see why it costs RM7,999. For one, it’s foldable glass technology is pretty amazing; the fact that Samsung has been able to replicate and innovate its technology is one for the books. Of course, there is still much room for improvement with one of the biggest peeves being the slight curve on the hinges when the phone is closed.

Samsung Tech smartphones galaxy z fold2
Wi-Liam Teh
Senior Writer
Wi-Liam is a geek at heart with a penchant for tattoos. Never without a drink in hand (preferably whisky, gin, or Guinness), he is also a writer by day and a keyboard warrior by night. On his day off, he masquerades as a streetwear and sneakerhead enthusiast while his bank account says otherwise.
Tech Cars Watches Entertainment Food Drinks