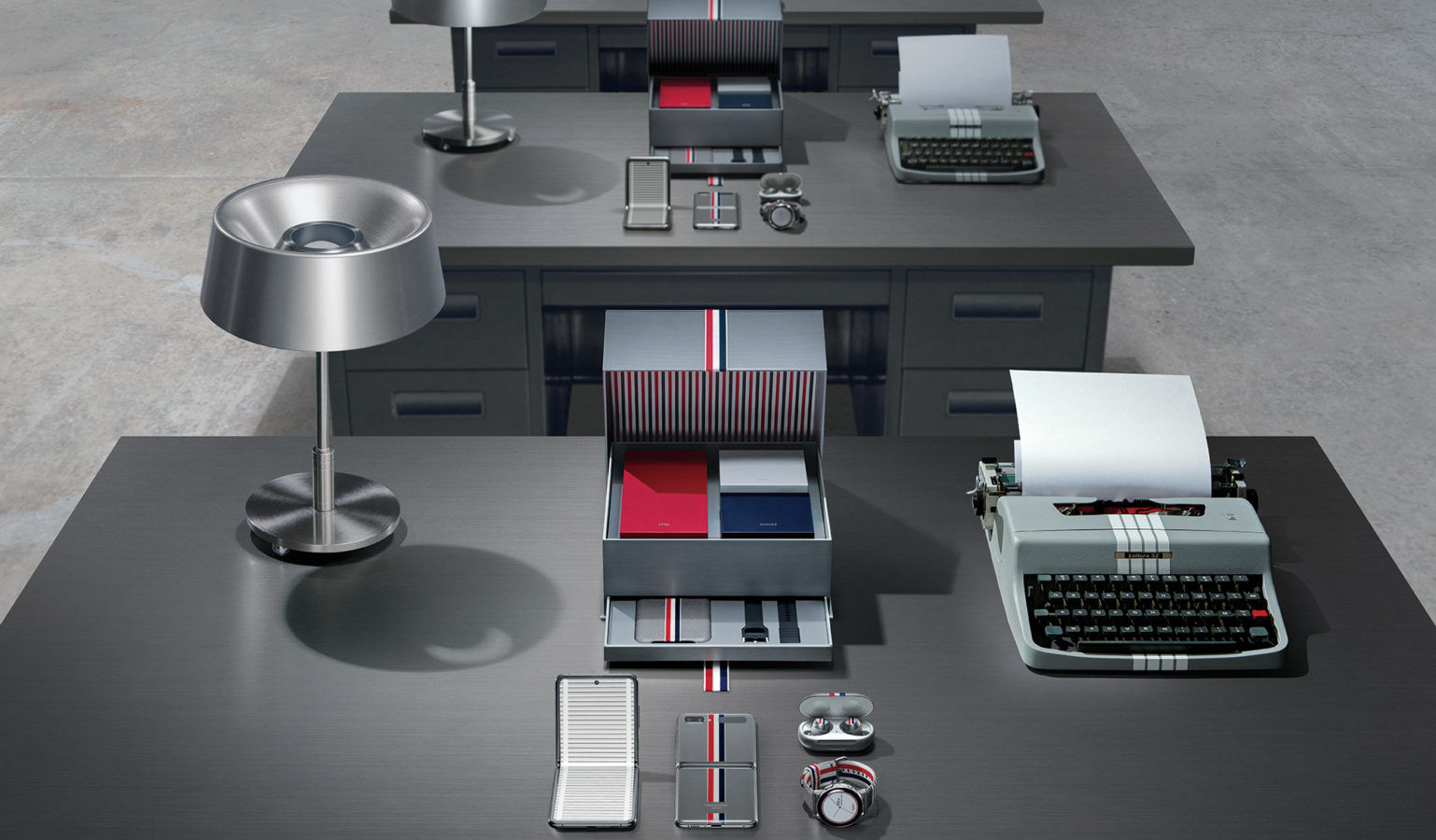 Samsung collaborates with Thom Browne for the Z Flip, and launches the brand new S20

Gear
Samsung collaborates with Thom Browne for the Z Flip, and launches the brand new S20
Share this article
Next article

Apple has always been ahead of the curve when it came to fashionable technology.

Besides a glorious partnership with Hermes, countless brands have also constantly worked towards creating accessories for its every device.

Samsung too wants to show the world that it knows a thing or two about fashion, and it’s released what looks to be one of the greatest smartphone flex this year. Master of tailoring Thom Browne has kindly imparted his style wisdom to Samsung’s all-new Galaxy Z Flip, making the revolutionary device an even bigger talk of the town.

Unlike the previous Fold, the Z Flip is much more compact at 3.5 x 3 inches when closed, and offers a 6.7-inch screen when opened. It also debuts a glass screen instead of its predecessor’s plastic version, and can reportedly withstand up to 200,000 folds, which should be sufficient unless you have a compulsive need to constantly open and close your phone.

Multi-tasking is possible thanks to the “Flex mode”, which splits the screen so you can have two apps running on each side.

To complete the look, the special edition phone will also come with matching Galaxy Buds+ and Galaxy Watch Active2. The collection is recognisably Thom Browne; his iconic tri-coloured stripes find their way onto pebble grey surfaces, making them the perfect accessory if you already rock the New York-based designer’s ready-to-wear pieces.

The smartwatch comes equipped with a custom watch face bearing the same minimalist chic aesthetics. The phone is also accompanied by exclusive sound cues such as a typewriter effect for the keyboard, an analogue ringtone, and specially designed leather case.

Pre-orders will start on February 14 at Samsung.com and Thombrowne.com, as well as at Net-A-Porter and Mr Porter.

All eyes might be on Samsung’s Z Flip but fans of the S-series phones will also be pleased to know that  the tech giant has announced the S20, the firm’s first, full 5G flagship lineup. All three models in the series — the Galaxy S20, Galaxy S20+ and Galaxy S20 Ultra — will come equipped with three cameras on its back, and count on AI technologies to apply a combination of sensors, new chips, and software for better photographing capabilities. On the S20 Ultra, you’ll enjoy a zoom of up to 100X and shoot video in 8K — that’s four more Ks than others in the market today.

The Samsung Galaxy S20 Ultra 5G will also be the first device in Singapore to offer 5G capabilities for faster and more seamless connectivity. The only irony now is if you’re the impatient sort you’ll still have to wait for 5G connectivity to be rolled out on local shores, hopefully sometime soon.

Style Samsung Tech Thom Browne smartphones
Shatricia Nair
Managing Editor
Shatricia Nair is a motoring, watches, and wellness writer who is perpetually knee-deep in the world of V8s, tourbillons, and the latest fitness trends. She is fuelled by peanut butter and three cups of coffee a day.
Motoring Wellness Watches Beauty Style
Sign up for our newsletters to have the latest stories delivered straight to your inbox every week.

Apple is officially discontinuing the iPod after more than 20 years