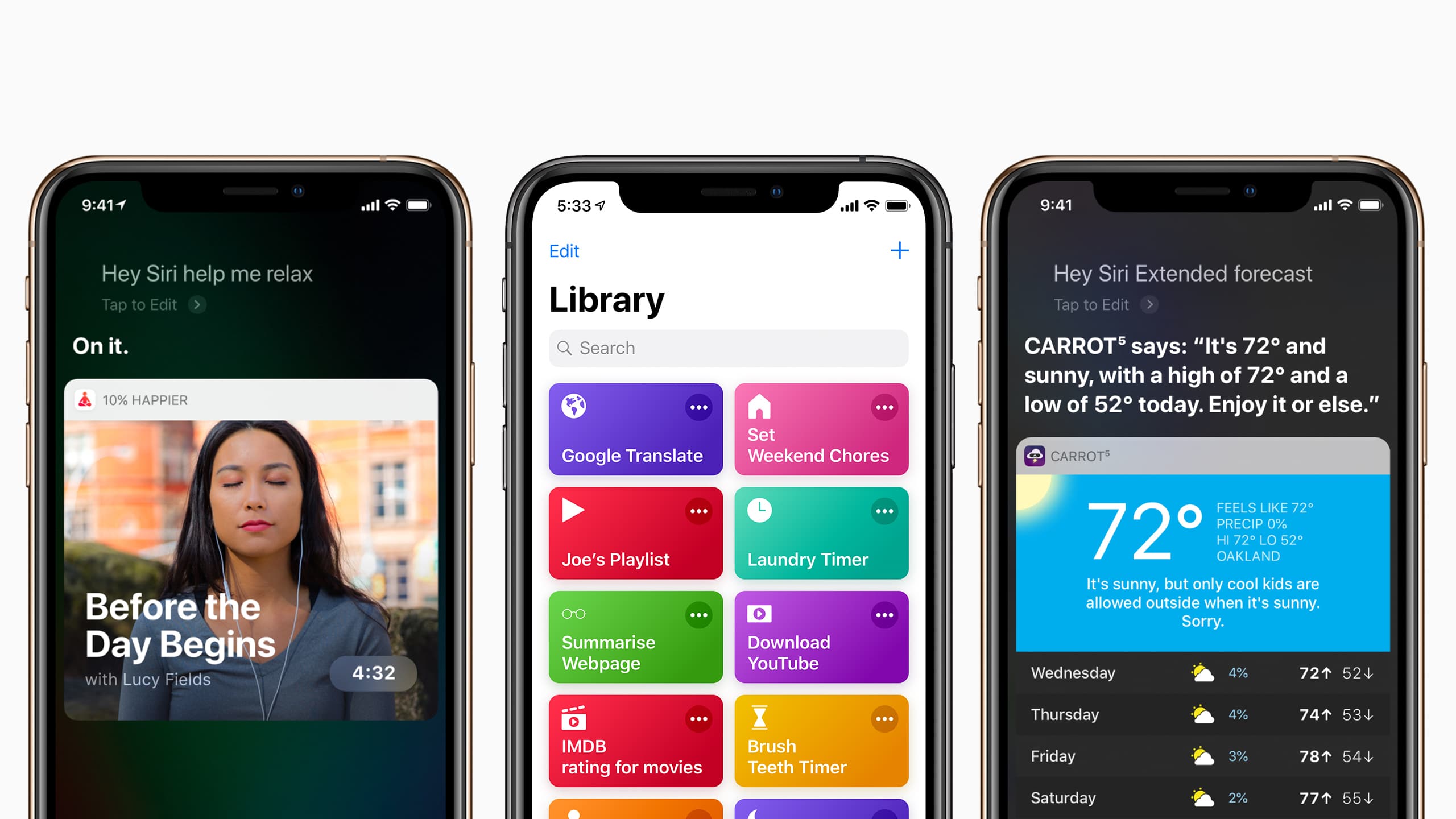 When iOS 12 was pushed out to our iDevices, most of us hightailed it to make our own Memojis, because what’s a better use of our time than creating a digital avatar of ourselves (The Sims, anyone?) But in our haste to personify our likeness in our phones, a feature called Siri Shortcuts just slipped by the radars of many undetected.

Recently, we took to the task of spending a week with what we deem as iOS 12’s most underrated feature. Before we begin chronicling our journey, an introduction of Siri Shortcuts is obligatory for the uninitiated.

Many of us know Siri, Apple’s smart assistant. Shortcuts is a nifty feature that was recently added allowing you to access commonly used features more efficiently. Say you’re always listening to a certain workout playlist every time you’re at the gym. With Siri Shortcuts, all you have to do is to say, “Hey Siri, play my gym playlist” and it’ll start your playlist instantly. You can also log every cup of coffee and water you drink with just a tap of a button on your phone’s widget screen. Communities like Reddit’s r/shortcuts, Sharecuts, and shortcutsgallery.com have sprung up so users can share some of their custom-made shortcuts. Slowly, but surely, Siri Shortcuts is gaining traction amongst Apple users, though not at an exponentially-growing trajectory. Having invested a fair bit in the ecosystem, we decided to give Siri Shortcuts a whirl for a couple of days. The goal? To increase productivity and create a smoother workflow.

When it works, Siri Shortcuts is truly one of the most understated features to grace our iPhones. Gone are the unnecessary amount of taps trying to get to our favourite playlists. Now we just need to swipe right and tap a button on the Shortcuts widget. Face ID doesn’t even need to be activated to listen to Barbuda by the upcoming Californian band Talladega. Score one for convenience.

Having recently acquired a bunch of Philips Hue lightbulbs, we fiddled with Siri Shortcuts and added some Hue commands much to our own amusement. It came in handy when we were already in bed about to start watching the next episode of Amazon’s Jack Ryan TV series, but our lights were still pretty glaring. “Hey Siri, dim lights,” we shouted at the phone sitting on the table across the room. The novelty of controlling our lights with our voices will never fail to bring out this childlike glee inside us. Although we did come to find out in the days to come that Apple’s HomeKit could also set scenes based on your voice commands, we preferred using Shortcuts as calibrating colours on the HomeKit app was a bit of a chore.

Living
A guide to building your first smart home

There are also plenty of other apps that have integrated well with Shortcuts. Headspace was an app that we regularly use when we’re feeling a little too overwhelmed with the buzz of life. We added a “Meditate” shortcut so we can quickly jump into a quick mindfulness session with Andy Puddicombe’s soothing, melodic voice.

The ingenious of likeminded Apple users have also led to the creation of many sites where custom Shortcuts are shared and scripted. If you entertain often at your home, there’s a shortcut that lets you easily share your Wifi password. Frequent fliers would love the Google Translate shortcut that can quickly translate a piece of text you’ve selected, without having to open the app. Speaking about Google, you can also use Siri to open up Google Assistant by simply uttering, “Hey Siri, Ok Google,” although it is a bit of a clunky process.

When it worked, Siri Shortcuts was great, and it was our best friend. But when it didn’t, we just wanted to kick it to the curb. There were often times when we tried starting our playlist and it’ll just tell us “Unable to Load,” much to our chagrin. We thought it was because of the lack of a connection in my lift lobby, but it also extended to when we were out in the city streets after an intense HIIT class.

Then there’s the user interface of the Shortcuts app itself. We hastily installed some shortcuts which we didn’t intend to, and deleting them was a process that took some trial and error. In case you didn’t know, you had to press and hold the shortcut and swipe up before the option to delete it appears. You can’t do it in the settings, and that felt like an oversight from the design team.

You also probably won’t be scripting your own shortcuts anytime soon. That’s a bummer because sometimes you just want to expedite a lengthy process, but the skill ceiling of making your own shortcuts is still quite high. You can do it, but it would take you less time to just execute the process manually.

The hardest part of using Siri Shortcuts was getting accustomed to this level of convenience. At the risk of sounding detached from society, we’d make the claim that Singaporeans still need some time to fully embrace new technologies that afford us this added accessibility to improving our daily routines. Most users would drop out after a day or two, and we would know because we were guilty of that. There were some days where we completely forgot about Siri Shortcuts.

Siri Shortcuts is a great tool that we can see more experienced and adept users taking full advantage of. But in its current form, it’s not too accessible to the masses yet, as some functions can seem way too advanced for the bourgeoisie. However, Apple is finally pushing Siri Shortcuts into the upper realms of smart assistants like Alexa and Google Assistant, which users of Club Cupertino would be grateful for, even though it’s not quite on par yet. There’s no doubt that in upcoming iterations of iOS, Siri Shortcuts will be polished and finetuned that even Apple’s privacy policies won’t be raining on its parade.

Apple iPhone IOS Siri Shortcuts
Josiah Neo
Writer
Josiah Neo is a tech writer who contributes occasionally to the fashion, travel, and culture beats. When he’s not busy keeping up with the keynotes, he’s probably stuffing his face with the best Melbournian donuts (at Shortstop, BTW) or watching his favourite esports team, the Los Angeles Valiant, pummel their opponents into oblivion.
Technology Travel Fashion Culture