Home > Gear > Tech > Art to real estate: 8 different types of NFTs you should know about 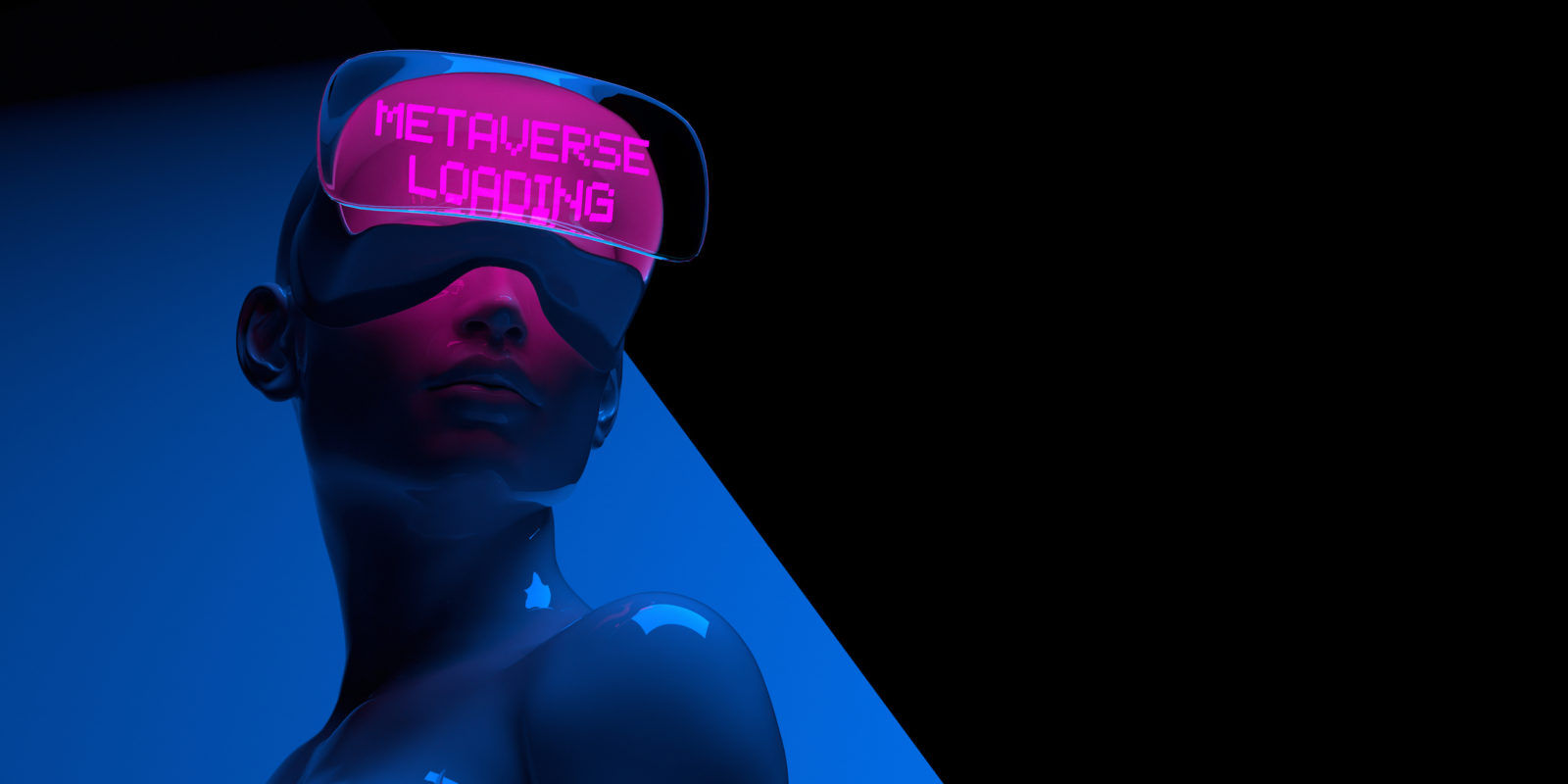 Art to real estate: 8 different types of NFTs you should know about

Gear
Art to real estate: 8 different types of NFTs you should know about
Share this article
Next article

Today, non-fungible tokens (NFTs) have entered almost every aspect of the metaverse and the world of cryptocurrencies. Redefining the concept of assets and investments, the NFT market is a booming one that goes into billions of dollars. Additionally, the wide-ranging concepts of these tokens pique the interests of collectors as well as creators who are keen on buying different types of NFTs.

Earlier, making a copy of any artwork available on the web was a cakewalk. But with the introduction of blockchain technology, the scenario has changed. The blockchain network gives NFTs their authenticity certification, making them rare and exclusive. They can be traded but not duplicated.

Owing to their exclusivity, the craze of NFTs is such that several celebrities have entered the metaverse and made a mark. For instance, the Bored Ape Yacht Club and CryptoPunk NFTs are collectables that the likes of Justin Bieber and Jimmy Fallon own. Additionally, to cater to audiences looking for specific digital art and digital assets, there are dedicated NFT marketplaces, too.

Here are the different types of NFTs you should know about today:

Remember: this Roblox purse is not an NFT and thus has no value/use/transferability outside the Roblox world-yet it’s worth more than the physical one.

However, fashion brands entering the NFT market is not new. Gucci sold a digital version of its iconic Dionysus bag for USD 4,115 or 350,000 Robux on the gaming platform Roblox on 17 May 2021. The in-game accessory earned US$800 more than its physical equivalent.

Sportswear brand Nike, too, forayed into NFT fashion by acquiring digital sneakers company RTFKT in December 2021. Other labels like Louis Vuitton, Burberry and Balenciaga have also made their mark in the NFT space. 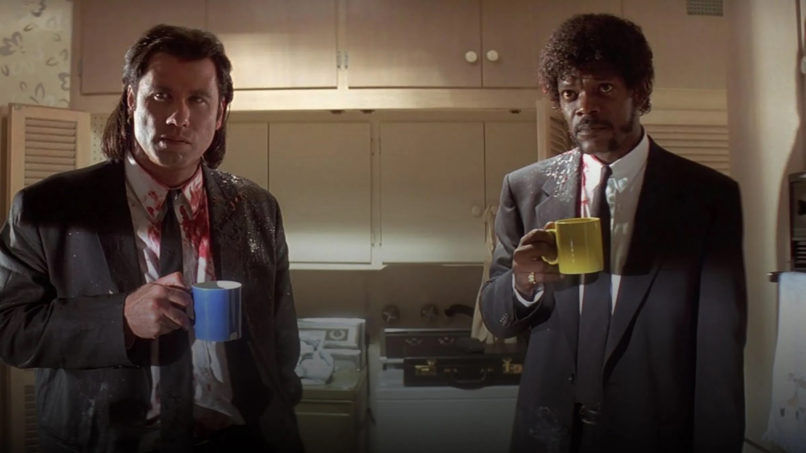 NFTs based on films or those launched by eminent actors have also added to this trend.

Acclaimed director Quentin Tarantino announced his NFT collection titled Tarantino NFT is a collection of seven NFTs based on his iconic 1994 film Pulp Fiction. Created in collaboration with SCRT Labs, they feature original handwritten screenplays broken into several scenes and also have Tarantino’s audio commentary clips. The first of the lot sold for US$1.1million but the sale of the rest are put on hold due to a lawsuit filed by the film’s production house Miramax who claims intellectual property rights over them.

Meanwhile, Martin Scorsese’s producer Niels Juul, who exec produced ‘The Irishman’, wants to make the “first-ever Hollywood feature that’s fully funded by NFTs. To do so, he founded the production company NFT Studios, and will be using it to fund a series of films entirely through the sale of NFTs which will also give holders exclusive access to certain rights, including financial rights. The first of these films is slated to be comedy-drama A Wing and a Prayer, which follows the story of Brian Milton, the first man to circumnavigate the globe in a microlight aircraft in 1998.

Actress Sunny Leone also became the first woman from the film industry to step into the NFT space with Misfitz by Sunny Leone, comprising a series of bold and quirky NFTs.

There was a time when people marvelled at owning vinyl records of legendary singers and evergreen songs. Today, these real-world assets have their digital counterparts as NFTs.

Recently 12-time Grammy-winning singer John Legend announced the launch of his music and social NFT platform called OurSong. Branded as a ‘social commerce platform,’ it will enable creators to easily make NFTs called ‘Vibes’. What sets it apart from the other platforms? Collectors don’t need cryptocurrencies to buy NFTs here and can deal directly in USD. The app allows collectors to bid on ‘Vibes’ using USD which is then converted to Ether and exchanged for an ERC20 token by OurSong. This makes the process quite smooth and easy for those not quite familiar with crypto trading.

Many other artists have sold their albums as music NFTs to garner maximum audience in the digital space. For instance, Kings of Leon’s album When You See Yourself was sold as multiple NFTs in March 2021. Meanwhile, Grimes and Nas have released NFT versions of their tracks. Canadian singer Bryan Adams’ “Heat of the Night” also exists as an NFT on OpenSea.

Additionally, dedicated marketplaces like Airnft help musicians and budding artists to create and tokenise their music. This form of NFT art can be traded using cryptocurrencies and stored in crypto wallets. American musician Justin Blau, aka 3LAU, took to this trend quite early. In February 2021, he sold a collection of 33 NFTs titled Ultraviolet reportedly earning US$11.7 million.

Games are one of the many types of NFTs that make up a major category in this digital sphere and have garnered a lot of attention. Video-game fanatics go to lengths to buy in-game assets for the maximum gaming experience. This led video game makers to use blockchain technology to develop and sell NFTs in the gaming domain.

The play-and-earn gaming system is a classic example. Game developers have been making gaming commodities, like digital collectables, gaming avatars and playing tokens, in the form of NFTs. Players can trade these outside a game in an open market and earn back what they have spent.

Axie Infinity is a leading name in this field. It was the first video game to incorporate NFTs in the form of gaming characters called Axies. Players use cryptocurrency Axie Infinity Shards (AXS) to trade. Several other NFT projects followed this idea, including CryptoKitties, Gods Unchained and Sorare.

Interestingly, Louis Vuitton also has an NFT-based game called LOUIS THE GAME, which traces the brand’s journey through various galaxies.

Digital marketplaces provide a platform for bidding, as well as renowned artists, to showcase their artworks for sale while collectors get exclusive access and ownership of them.

This led to the rise of some of the most popular digital artists like PAK and Beeple. PAK broke the record of ‘The First 5000 Days’ by artist Beeple which earned a staggering US$69.3 million in March 2021 in an auction by Christie’s. PAK sold 2,66,445 NFTs for a total of US$91.8 million. The sale was held through Nifty Gallery and saw a new technology whereby when a collector bought a considerable number of NFTs, the tokens merged together in their crypto wallet to give rise to new NFTs that cannot be found elsewhere.

Other noted digital artists include MATTDESL, XCOPY, HACKATAO and FEWOCIOUS who have huge Instagram and Twitter followings and NFT collections that score thousands of dollars in sales.

While CryptoPunks introduced the league of image NFTs that were used as proud display pictures by owners on their social media accounts, BAYC ushered in the whimsical concept of creating apes with unique attributes. The more unique traits they have, the higher will be their value. An offshoot of BAYC is Mutant Ape Yacht Club (MAYC), formed when a Bored Ape is exposed to mutating serums.

Sports-themed NFTs are one of the highest-grossing categories drawing attention from sports enthusiasts as well as tech junkies.

Dapper Labs’ NBA Top Shot is an NFT marketplace built in association with the National Basketball Association (NBA) and lists some of the most iconic basketball moments of all time. Every video clip featured here is also an NFT on Dapper’s own blockchain called Flow.

One of the most expensive NFTs ever sold in the sports category is the LeBron James Dunk Throwdowns (Series), which cost about US$380,000.

In the Formula 1 segment, NFTs like F1 Delta Time: 1-1-1 and F1 Delta Time: 70th Anniversary Edition; World Champion Ring are some of the most expensive ones in the racing sports.

Another type of NFT is the collectables. Since innovation is the only constant in the crypto world, it won’t be wrong to say that a new day ushers in a new idea for the NFT space. One such example is NFT tickets. They can be minted on blockchains and event organisers can auction them to create a sense of exclusivity. Later, they can be resold as collectables.

Other instances include rare digital trading cards and limited editions by celebrities or brands that create major hype. When Twitter creator Jack Dorsey sold his first tweet as an NFT for US$2.9 million, it became one of the most renowned collectables.

Lands for sale in metaverse

Today one can buy plots of land, houses and even yachts in the metaverse.

In 2021, a noted transaction took place in the metaverse when a plot of real estate land was sold in the 3-D virtual world Decentraland for a record US$2.4 million (approximately Rs 17 crore) worth of cryptocurrency.

Bridging the gap between the real and virtual, TechCrunch founder Michael Arrington sold his Kyiv apartment for over USD 93,000 via the real estate platform Propy in 2017, using Ethereum and smart contracts to close the deal. At the time, the collection included the ownership deed, the apartment picture and a unique NFT artwork by Kyiv-based artist Chizz. A smart contract is a programming in the Blockchain that stores all transaction information related to the NFT and once the deal is done, it can be accessed by the owner. The smart contract is transparent and cannot be altered.

For many, buying and selling real estate property can be a tedious process involving ceaseless paperwork. If such assets can be turned into NFTs and involve blockchain to transfer the ownership certification, the entire process would become rather simple and decentralised.

In this regard, a lot of regulations and governance would have to be involved. Whether it can be at all turned into a reality, only time can say.

NFT artwork NFTs NFT marketplaces Fashion NFTs
Trinetra Paul
An ardent foodie, Trinetra seeks every opportunity of travelling and writing. Storytelling and slam poetry are her go-to jam. Her lazying around ideas includes binge watching and whipping up some snacks or searching the next place to visit.
Sign up for our newsletters to have the latest stories delivered straight to your inbox every week.