Thanks to the digital age, cookbooks have evolved from bulky recipe books to apps you can easily download on your mobile device — which makes trying new recipes, especially those by world-renowned celebrity chefs, more accessible than ever. Besides, who needs shelves of cookbooks when you can fit all the recipes you need into your pocket?

With advances in technology, you can also say goodbye to the hassle of reading written instructions on a physical book while making sure your food doesn’t burn on the stove. With interactive apps, it is now possible to watch step-by-step videos on your smartphone while you’re preparing food.

While cooking shows like Top Chef and Masterchef have remained popular, recent years have also seen more celebrity chefs dabbling in developing apps to share their famous recipes with the world. These apps will ensure you’re whipping up delicious, drool-worthy dishes (ranging from Mediterranean to classic English dishes) in your own kitchen in no time —  akin to celebrity chefs like Marco Pierre White or Nancy Silverton.

From David Ellner’s award-winning app to one that boasts recipes from Italy’s top Michelin-starred chefs, check out these apps you can download. You are set to impress your mother-in-law with your fantastic cooking skills the next time she comes over. 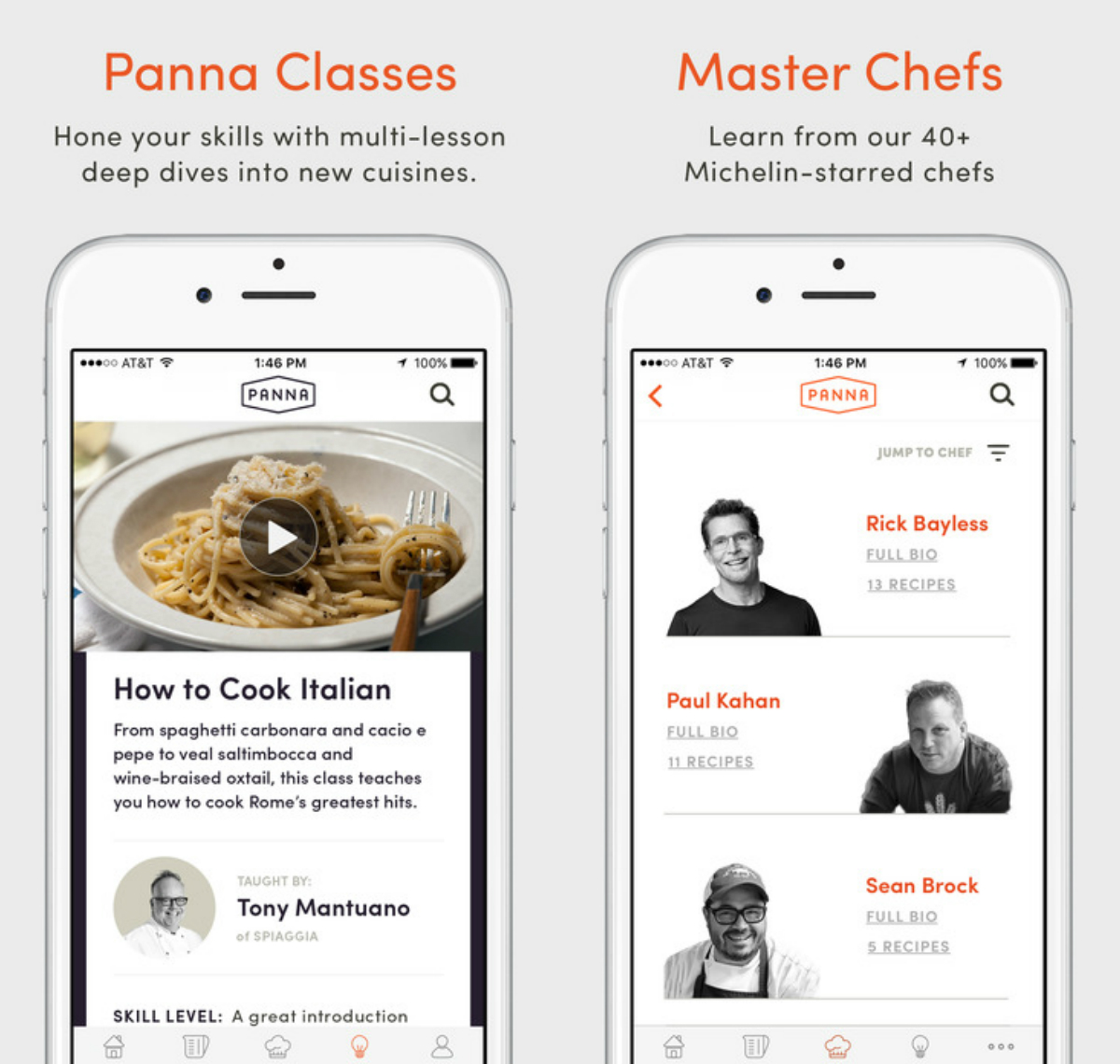 This award-winning app by David Ellner is a video-based cooking monthly magazine that features step-by-step recipes by master chefs such as Mario Batali, Nancy Silverton, and Anita Lo.

Each issue showcases 13 seasonal video recipes. The app has full-text recipes on the same screen as the video, and tapping on any step in the recipe will take you to the portion of the video where the step is discussed. The app download is free, while issues cost S$6.89 each or S$20.70 for six. 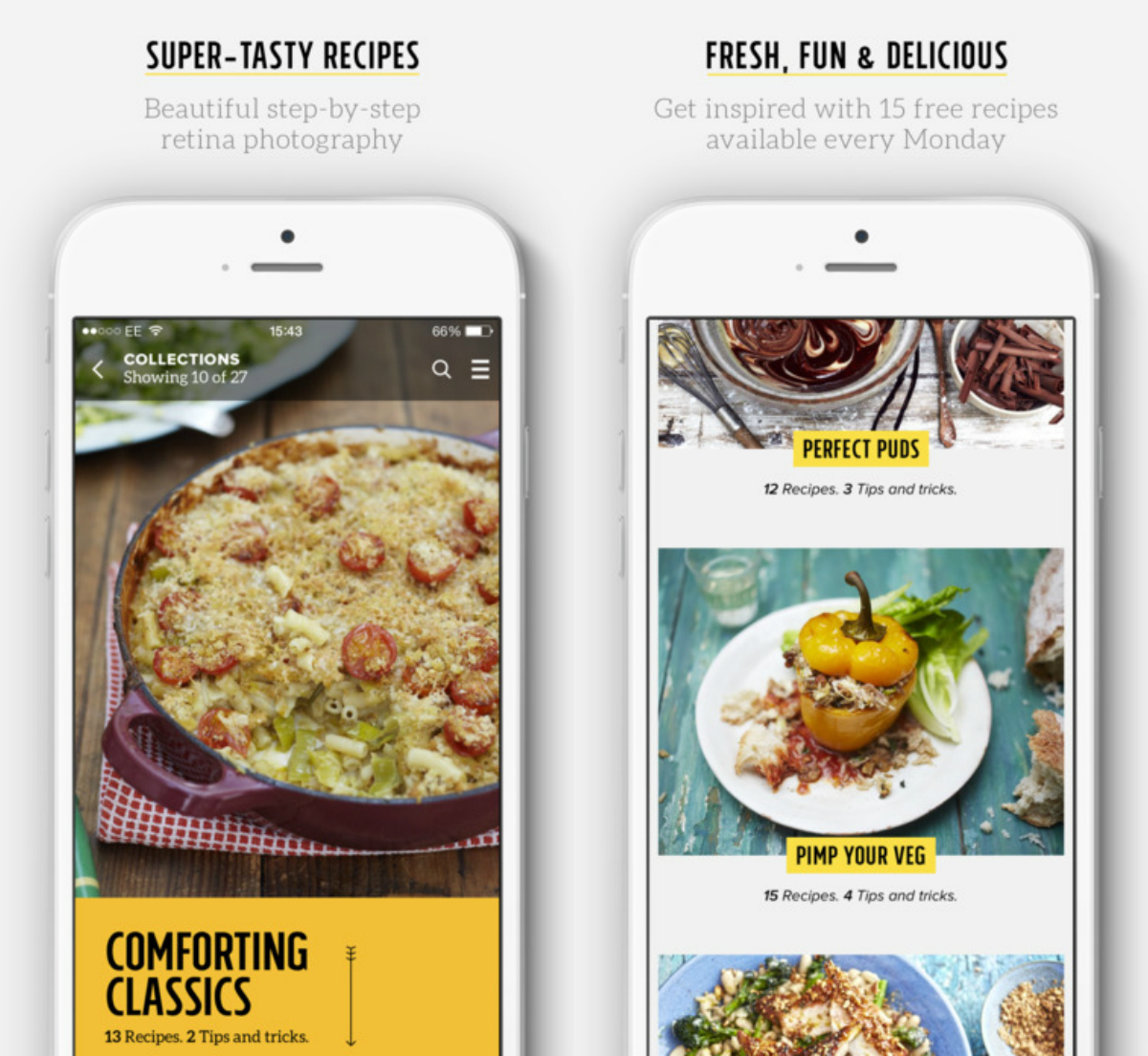 British restaurateur Jamie Oliver, known for his English cuisine, and appearances in numerous television shows and restaurants, gives access to his recipes through his app. Jamie Oliver’s Recipes features weekly updates that include seasonal collections and how-to videos — so you can harness your skills in the kitchen.

Available at the iTunes Store. 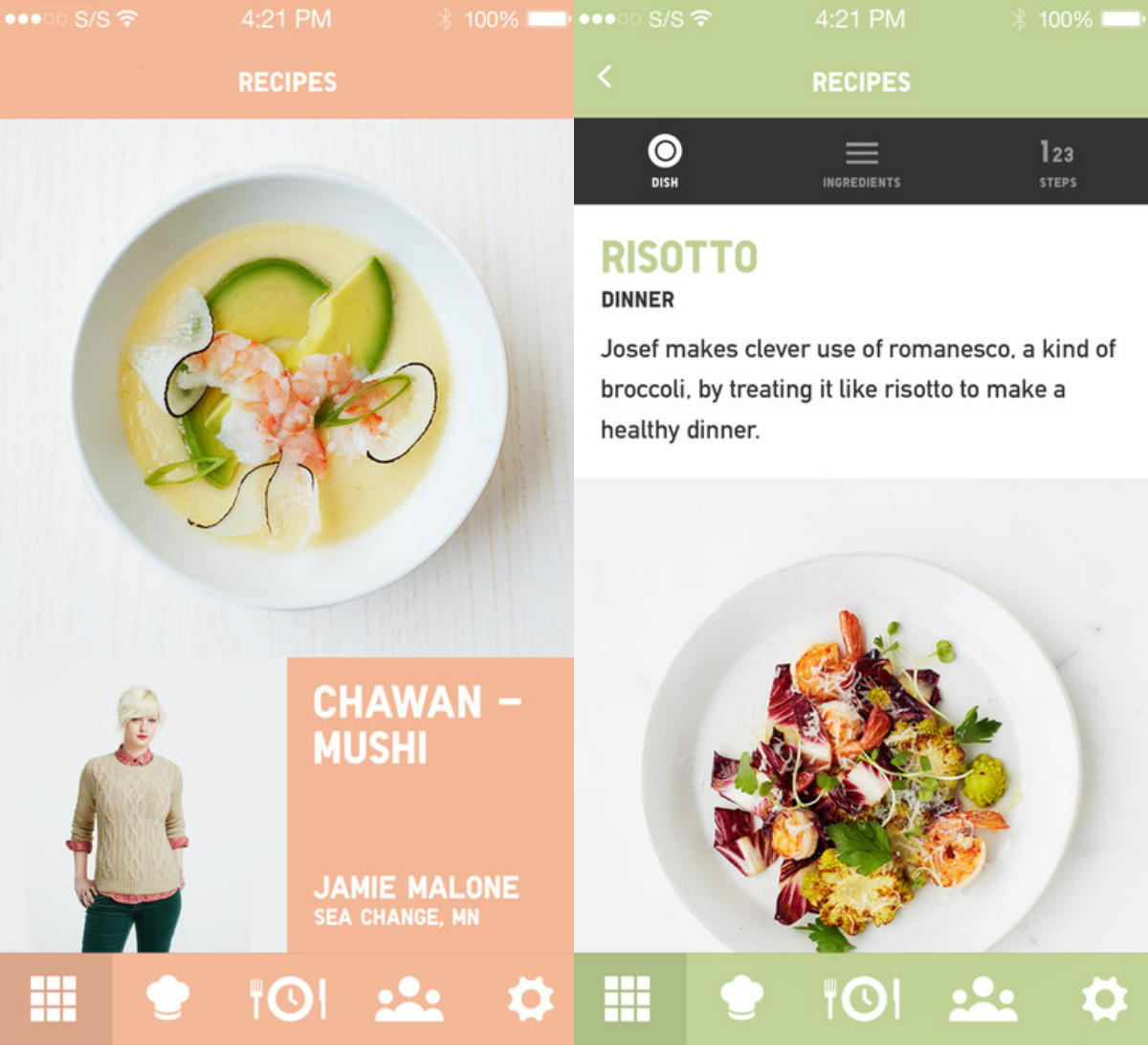 The chic UNIQLO app is an all-in-one tool that focuses on food, style and music. The app features recipes developed by six emerging chefs from the US, and are inspired by Uniqlo’s LifeWear philosophy. The 24 original recipes are created using everyday ingredients, as well as common cooking techniques — making them perfect for a beginner. 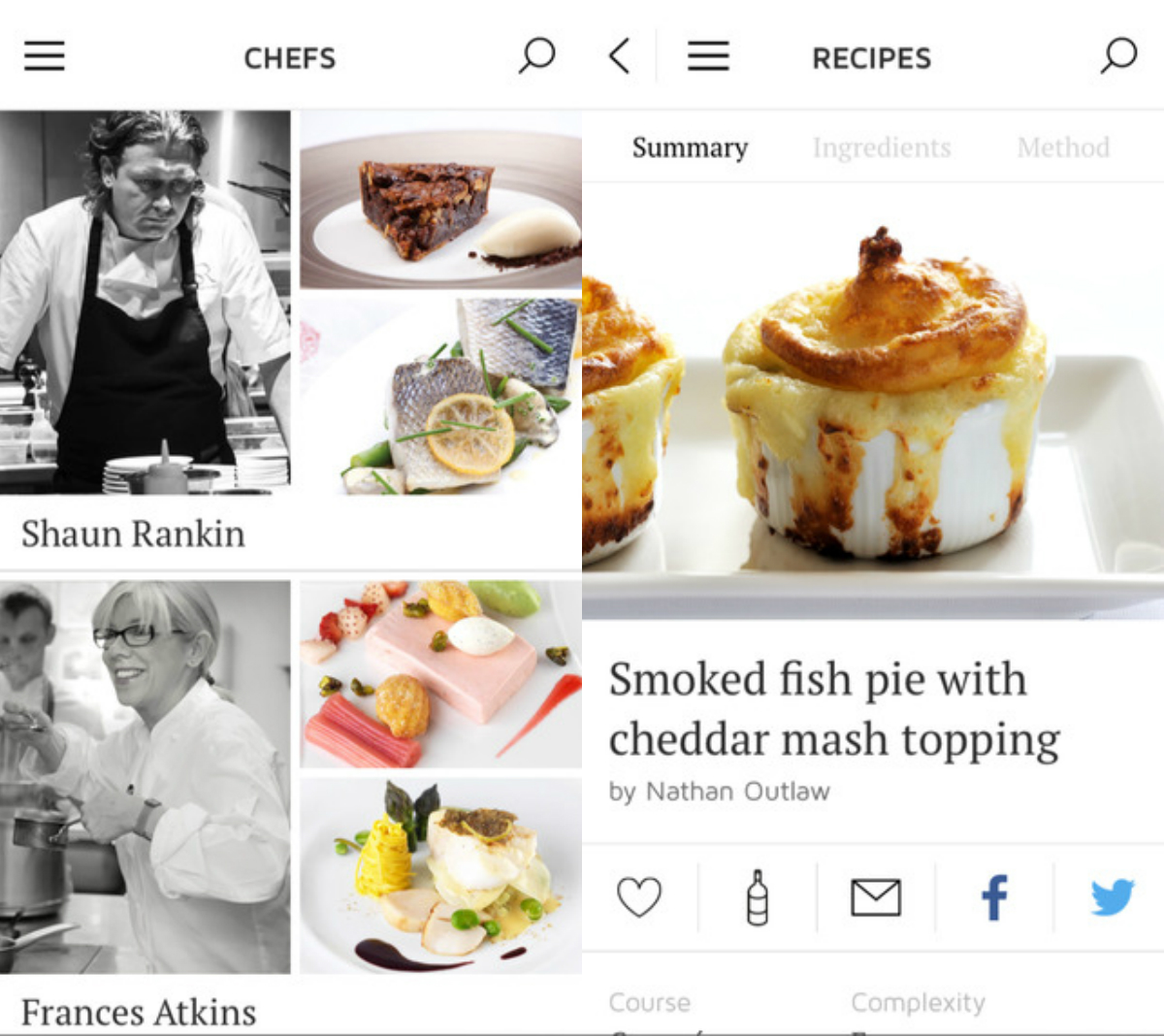 The app brings 180 recipes to your iPhone, with every course ranging from canapés to mains and petit fours — complete with ingredient lists, cooking times, equipment, wine recommendations and clear method steps. 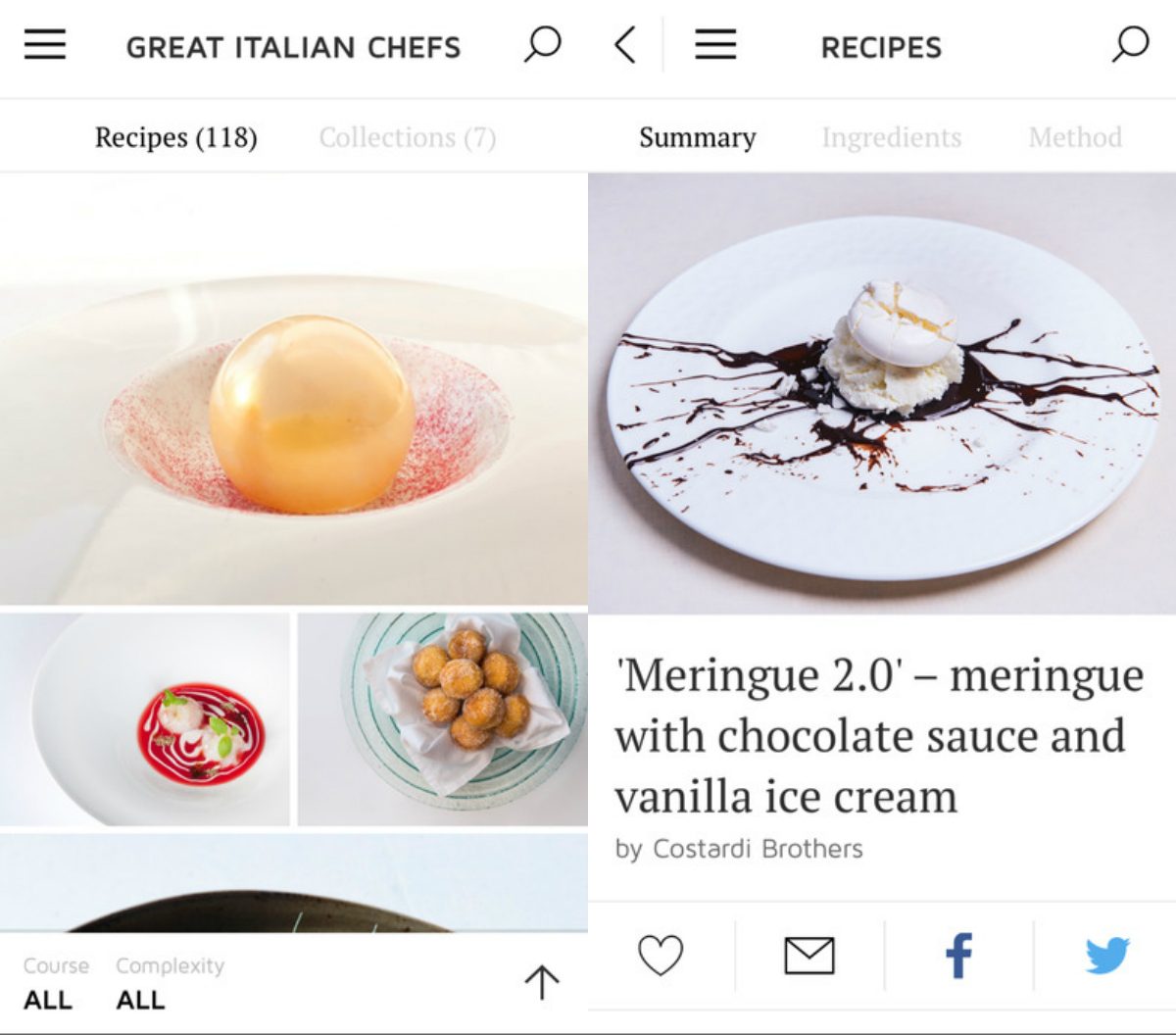 The app brings you 118 recipes which include extravagant starters like cuttlefish egg with ink and ricotta, as well as classic combinations such as risotto with clams, and paccheri with tomato sauce and parmesan.