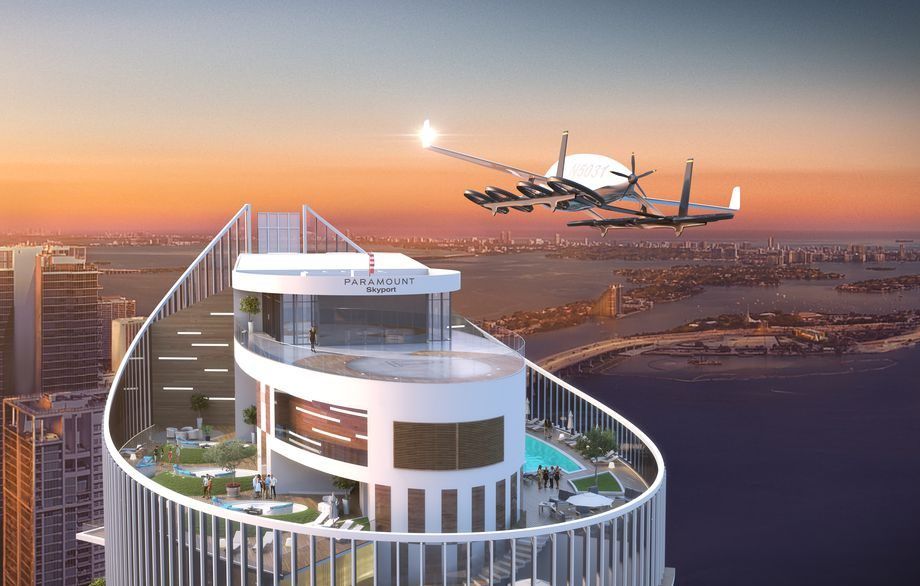 Just recently, Uber announced that it will begin testing its urban air taxis in Dallas-Fort Worth, Los Angeles and Dubai by 2020. Since then, competition has been heating up amongst tech, aircraft manufacturers and automakers to create a future of flying cars. These aircraft manufacturers include German developers of Volocopter and Lillium, Airbus’s Vahana, the Chinese developers of Ehang 184 and Terrafugia, Google’s Kitty Hawk Flyer and Workhorse Surefly.

Gear
Futuristic flying cars may finally be a reality, and you can book them from your phone

On another spectrum is veteran developer and recreational pilot Dan Kodsi, who recently announced his new building, the Paramount Miami Worldcenter located in the heart of downtown Miami.

“What’s so special about Paramount?” you might be thinking. Well, unlike ordinary luxury residential towers, the property boasts a rooftop with a Skyport to cater to vertical takeoff and landing (VTOL) aircrafts, also known as passenger drones or “flying cars.”

Paramount is also the only residential tower currently for sale within the massive 27-acre mixed-use Miami Worldcenter site, and has made international headlines with its Upper Deck, which will debut as the largest amenity deck in the United States. Spanning 90 feet above downtown Miami, it will feature a massive array of facilities, including the country’s first outdoor soccer field to be featured in a high-rise residential development.

The property will be located in the heart of Miami’s downtown at the crossroads of culture, entertainment, art and fine dining. Once companies like Uber have successfully passed regulators such as the Federal Administration Administration (FAA), residents of Paramount will be able to seamlessly ride a sleek glass elevator up to the luxury tower’s private rooftop, where they can be picked up or dropped off by an on-demand aircraft.

This also means that some of Miami’s most celebrated cultural and entertainment landmarks, such as the Adrienne Arsht Center, Pérez Art Museum Miami, Phillip and Patricia Frost Museum of Science, and the American Airlines Arena, will be just an elevator ride away.

“The future of transportation is here within the next 10 to 15 years and urban aviation is closer to reality than you might expect. The flying vehicles will use airspace to alleviate transportation congestion and traffic on the ground for quicker daily commutes, and cleaner air around the world,” said Kodsi.

“Paramount Miami Worldcenter prides itself on its amenities and high-tech features. While the industry still has many regulatory hurdles to clear, we are excited to be at the forefront of urban aviation with what can one day be the first residential Skyport in Miami,” Kodsi added.