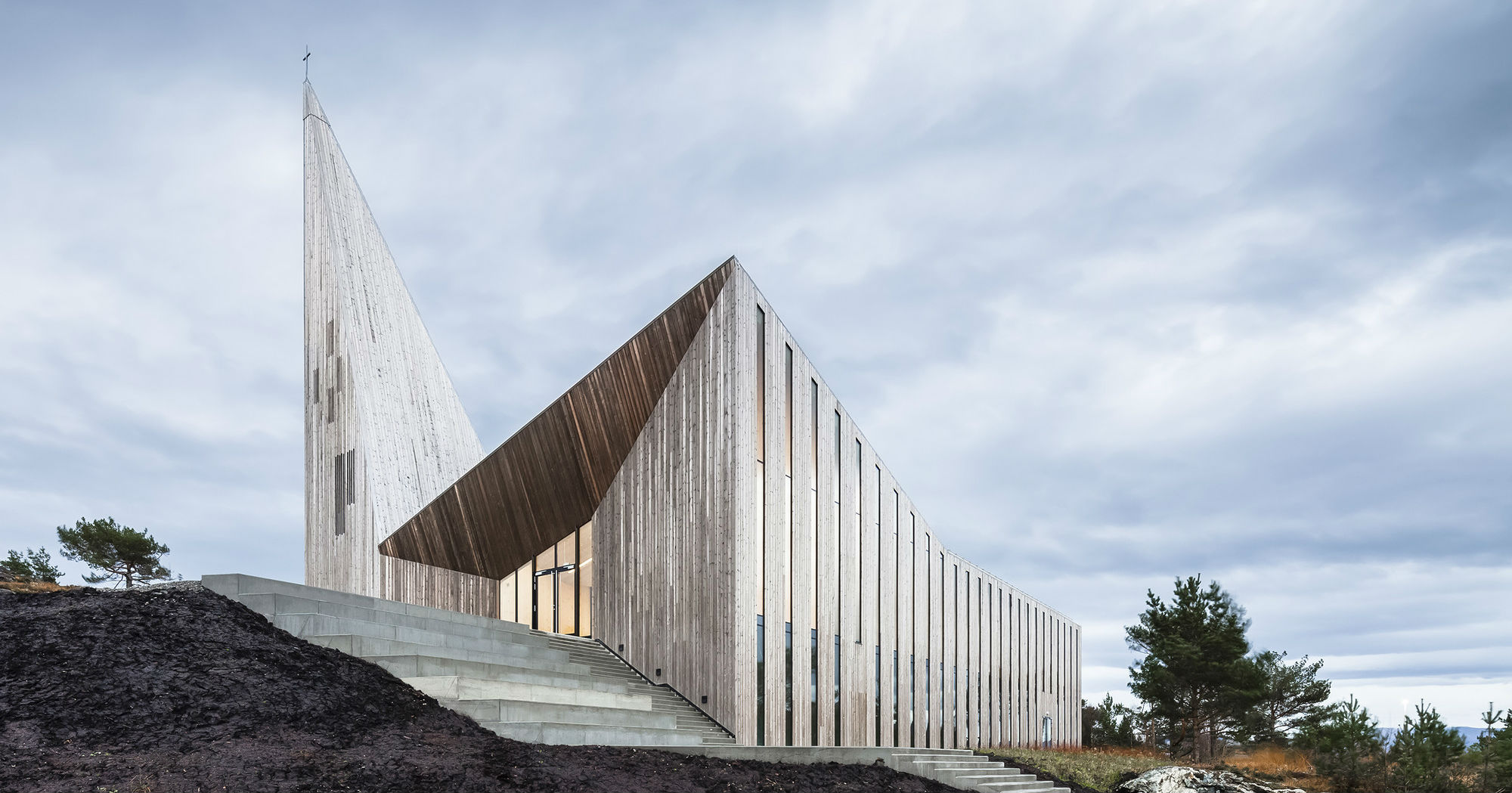 8 modern churches around the world with cutting edge architecture

Faith inspires beauty, and there is no doubt that churches have some of the most stunning and extraordinary architectures. These ones, commissioned by some of the top architects in the world, have such bewitching architecture that it could be hard to believe they are places of worship.

With modern and state-of-the-art designs, these 8 churches from different parts of the globe are regarded as iconic edifices – just as much as they are sanctuaries. Completed in 1960, the Cathedral of Brasilia was the first monument to be erected in the futuristic capital city of Brasilia. Designer Oscar Niemeyer was awarded the Pritzker Prize in 1988 for its avant-garde design – a circular base with a diameter of 21.34 metres, featuring a hyperboloid shape, and enclosed by external transparent glass. Yet to be commissioned, the 7,400 square metre church has a design that is compassed by two concrete towers (including a sky chapel). Its state-of-the-art design features full height glass windows that blend the main worship space with its natural surroundings. This strikingly unusual chapel sits atop a hill overlooking Acapulco Bay in Mexico, with tall trees and lush vegetation surrounding it. Designed by BNKR Architects, the structure was intended to mimic the gigantic boulders on nearby hills, and incorporates concepts relating to life such as chaos, vulnerability and permanence.

The monument is raised by 16 feet and takes up less than half the floor area of the upper storey, with a meandering stairway leading up to the top floor – which is framed by vertical columns and illuminated by light rays. Completed in 1962, the Cadet Chapel was designed by renowned architect Walter Netsch of Skidmore, Owings and Merrill of Chicago. Its design, although originally controversial, has become a highly regarded example of modernist architecture. The chapel was named a U.S National Historic Landmark in 2004 and was awarded the American Institure of Architects’ National 25 Year Award in 1996. The Community Church Knarvik, sitting on a rock face in Hordaland, prevails as a 2,250 sqm angular timber structure atop a tranquil hillside spot in Hordaland.

It’s architecture looks like a folded star cut into the stark grey skies of Norway. Its angular shape extends out of its flat natural surrounding landscape, but works in excellent harmony with its environment. Enclosed by low-lying scrubland and trees in isolation, the structure’s otherworldly grandeur is augmented. 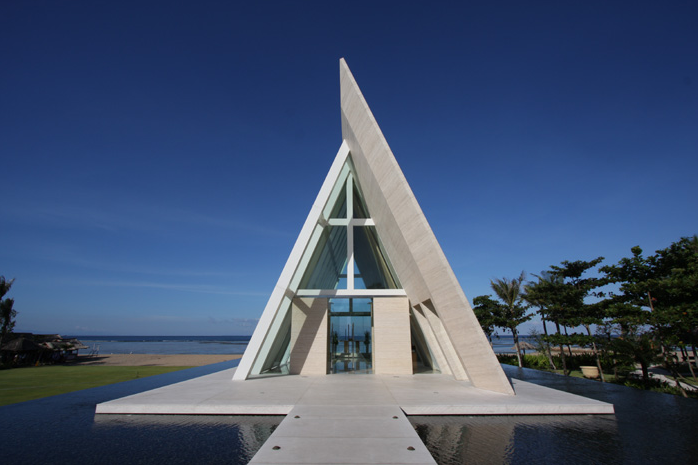 This ultra-modern, iconic wedding chapel at Conrad Bali comes in the form of an off-set triangle shape with marble flooring and full-height glass windows and features an infinity pool surrounding it, boasting panoramic views of the ocean. With its beautiful architecture, the Infinity Chapel is perfect for weddings and seats up to 60 guests. This unique sanctuary, in the city of La Laguna on the Island of Tenerife has a facade that exists as a large pice of concrete split, and cut into four large volumes – which allows light to enter and pervade the space, signifying a higher meaning inspiring a spiritual presence and sense of tranquility. The church was commissioned by Menis Arquitectos. 8
The Church of Hallgrímur, Iceland

Situated at the top of a hill in the capital, the Church of Hallgrímur (also known as Hallgrimskirkja) is 74.5 metres and the fourth tallest architectural structure in Iceland. Its monumental architecture took 41 years to build and was completed in 1986 by Guðjón Samúelsson, one of Iceland’s most notable modernist architects.

The cathedral presents a staggered fluted facade and is topped with a triangular bell tower that visitors can climb for all-encompassing views across Reykjavík and its harbour. The design was intended to resemble the natural landscape of Iceland – with its volcanoes, ice caps and basalt columns.