Home > Living > Design & Interiors > Futuristic city: How the Singapore skyline changed over the past decade 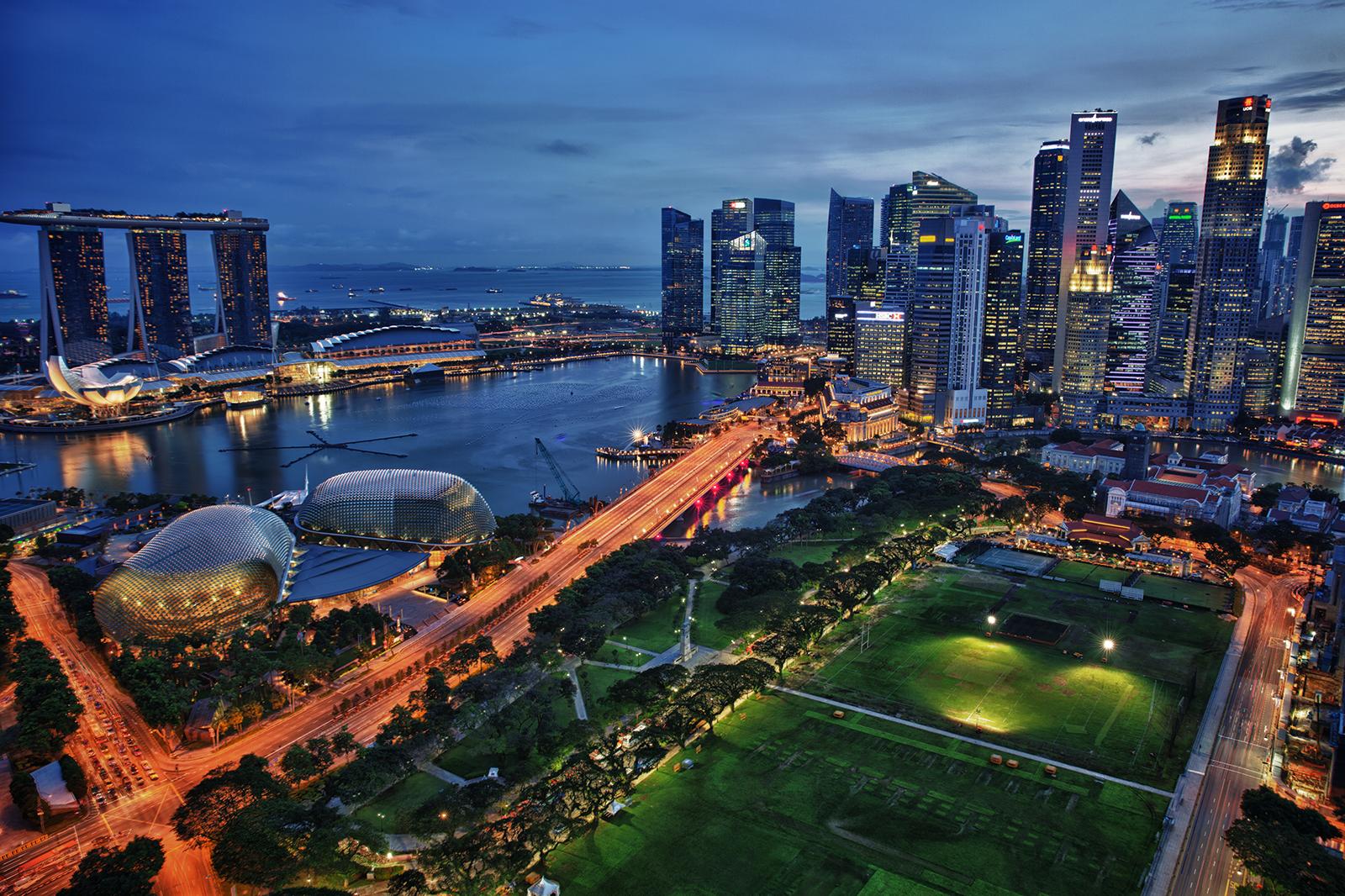 Futuristic city: How the Singapore skyline changed over the past decade

Living
Futuristic city: How the Singapore skyline changed over the past decade
Share this article
Next article

Sitting by the Marina Bay treats you to a view of one of the world’s most futuristic cities, with vintage bumboats cruising across the Singapore River. The Singapore skyline is a fascinating mix of old and new, blending colonial buildings and Chinese shophouses with cutting-edge skyscrapers – reminiscent of the city’s character. One of the fastest-developing cities in the world has seen itself grown vertically since its independence, and even faster over the past decade – undeterred by its 719.1 km² dimensions.

Alongside modern buildings such as Marina Bay Financial Centre, are colonial buildings like the Fullerton Hotel. Constructed in 1928 for $4 million at the mouth of the Singapore River, the six-star hotel has gone through a two-year, S$400 million rejuvenation. It received the Architectural Heritage Award from the Urban Redevelopment Authority of Singapore in 2001.

The past decade itself has seen a major transformation of the skyline – with new, iconic buildings being built. Marina Bay Sands, one of the world’s architectural marvels, now makes a significant part of the skyline. It is quite mind-blowing to think that before construction started in 2007, less than 10 years ago, the land that the integrated resort now stands on –  was barren. What is now a world-renowned destination did not even exist on the map then.

Fast forward to 2016, the resort sees thousands of visitors a day, hosting celebrities and sports stars such as David Beckham and Victoria Beckham, Lady Gaga, and Tiger Woods. In a poll done by Your Singapore, Marina Bay Sands was voted first as the building to make up Singapore’s iconic skyline.

Designed by renowned architect Moshe Safdie and Aedas Singapore, the building is one of the world’s architectural marvels – with three 57 storey hotel towers that slope at angles as steep as 26 degrees, linked on the 23rd floor and at the top by a 3 acre (1.2 hectares) SkyPark. The unique Art Science Museum was built in 2011, a year after the opening of Marina Sands, with a design inspired by a lotus flower – also by Moshe Safdie. The Marina Bay Sands, along with the Art Science Museum and the Helix Bridge, is a sight to behold – treating the world to a sneak peak of buildings of the future.

Moshe Safdie isn’t the only one responsible for the changing face of Singapore’s skyline over the past decade, though. Other names include British architects Wilkinson Eyre and landscape architects Grant Associates responsible for the design of Gardens by the Bay in 2012, along with WOHA architects, who designed Oasia Downtown – a verdant tower of green in the heart of Singapore’s Central Business District.

The city area itself has seen a sharp increase of skyscrapers being built over the past few years, with projects such as the Marina Bay Financial Centre – which includes 3 office towers, 2 residential developments completed by 2013 – aptly named Marina Bay Suites. The Marina Bay Suites join the other residential apartments that provide housing in the sky, such as Pinnacle@Duxton (completed in 2009), and The Sail (completed in 2008) – the tallest condominium in Singapore, and among the top 10 tallest residential buildings in the world.

The future sees the Singapore skyline expanding even higher, with the upcoming Tanjong Pagar Centre slated to stand at 290 metres tall upon completion, hovering 10 metres above the three tallest buildings in Singapore – United Overseas Bank Plaza One, Republic Plaza and One Raffles Place (formerly Overseas Union Bank Centre.) The three towers, which share the title of 128th-tallest building in the world, are each 280 metres tall.

The skyscrapers’ beauty aren’t just on the surface, though. It is home to world-class entertainment – with restaurants, bars and nightclubs opening up on the highest floors of these buildings, where one can dine and party luxuriously with the panoramic views of an awe-inspiring skyline. Ask anyone, and they would have heard of 1-Altitude – a bar on the top floor of One Raffles Place, offering 360-degree views of the cityscape.

It makes sense that Singapore makes the list of the most futuristic cities in the world, comparing itself to cities such as Dubai and Hong Kong – as it is reminiscent of imaginative cities in dystopian sci-fi movies. After all, the city has made appearances in movies such as Equals and Independence Day: Resurgence, where Marina Bay Sands was engulfed in flames on doomsday. Hitman: Agent 47 was also filmed in the city, with an epic car chase scene along Robinson Road, McCallum Street, and Chinatown’s Pagoda Street.

In real life, blue and green laser beams criss-cross in the night sky, seamlessly blending with the city lights from some of the tallest skyscrapers in the world – truly a preview of what cities might look like in the future. Its cutting-edge architecture and design, along with the foresight of some of the world’s most brilliant architects, paves the way for other cities to mimic. With skyscrapers popping up and changing the skyline as we know it in just a decade, one can only imagine how much further it will advance over the next few decades.

Hong Kong Singapore Dubai Marina Bay Sands Fullerton Hotel Marina Bay Skyline Futuristic cities singapore river Urban Redevelopment Authority of Singapore Architectural heritage award Moshe Safdie Aedas Singapore Hitman: Agent 47 movies about singapore
Dewi Nurjuwita
Senior Writer
Dewi Nurjuwita is a travel and design writer who can be found exploring the streets of foreign cities with passport in one hand and a cup of coffee in the other.
Travel Architecture Interior Design
Sign up for our newsletters to have the latest stories delivered straight to your inbox every week.

What to expect for the Swedish House Mafia x IKEA collaboration