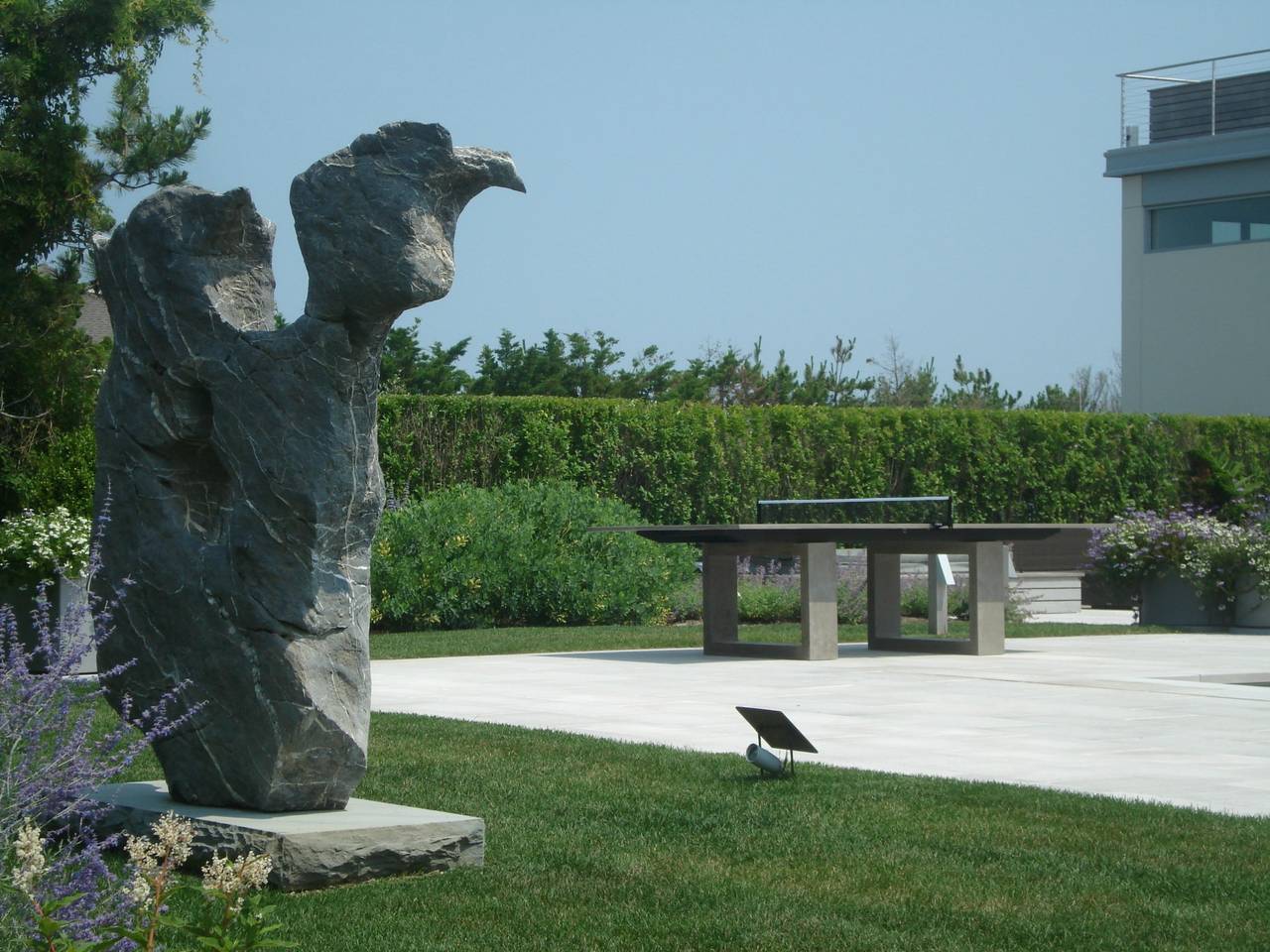 What is unlimited power?

When I was a child, my answer to that was the sensation of keying in the Motherlode cheat on Sims 3, and seeing my currency bar jump up by 50,000 Simoleons each time. That much money meant being able to build a massive house, packed to the brim with tasteful furniture, and having Sims that wouldn’t drive themselves to bladder failure and pending insanity from overworking to afford a raggedy couch.

It also meant I could browse to the ends of the furniture catalogue, gratuitously purchasing the most bizarre entertainment systems just for laughs. Something like the James de Wulf ping pong table would be right on top of that list.

It’s a very Los Angelesian take on a ping pong table. By that, we mean it’s grandiose, extra, but alluring in a way you can’t articulate. James de Wulf’s poured concrete ping pong tables come in two forms — a slimmer Vue model for indoors, or an exaggerated chunky behemoth for outdoor display. The former appears like a sleek, industrial take on a ping pong table, but the latter is just off-the-charts, veering into sculptural territory.

Getting yourself a Vue table for S$13,000 is already steep enough, considering that an Olympic-worthy ping pong table would cost about S$600. But obviously, if you’re investing in a James de Wulf piece, you’re more about racking up social gold than gold medals.

Go the extra mile and have the sculptural version specially commissioned for your backyard, and have it flown down in massive slabs to be assembled. They’re shown to double up as dining tables too, but just don’t expect to be able to shift them easily when one guest doesn’t think his or her spot has good digestive feng shui.

Price to be quoted upon order at www.jamesdewulf.com.

Art Interior Design Sculpture Living Home Décor Splurge Utilitarian james de wulf ping pong ping pong table industrial art los angeles designers
Beatrice Bowers
Features Editor
Beatrice Bowers writes about beauty, drinks, and other nice things. When not bound to her keyboard, she moonlights as a Niffler for novels and can be found en route to bankruptcy at your nearest bookstore. Don't tell her boss.
Drinks Beauty
Sign up for our newsletters to have the latest stories delivered straight to your inbox every week.

These air purifying indoor plants can freshen up your home

Dior Maison serves up savoire-faire with its latest homeware drops