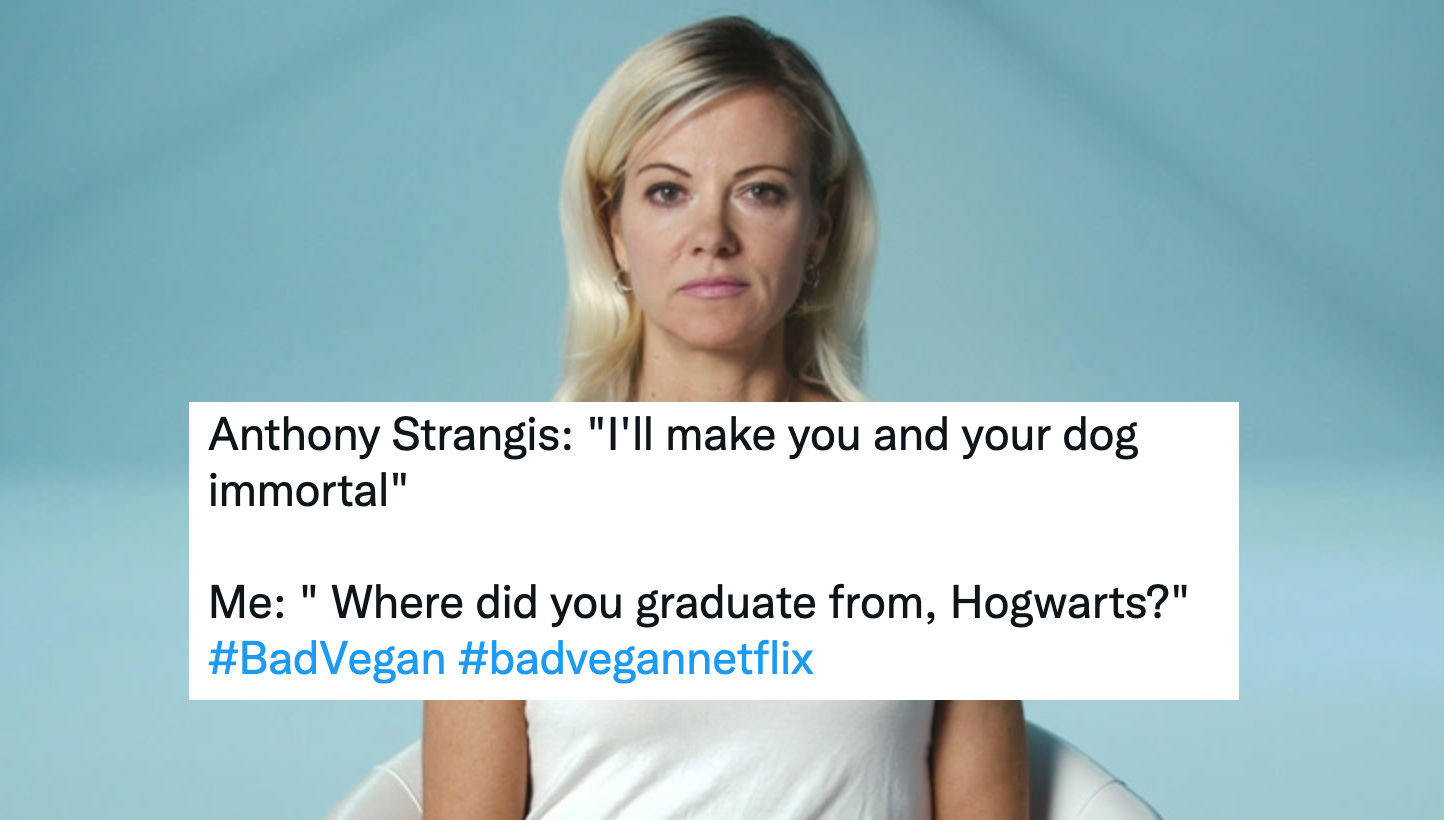 If your mind is as blown as ours after watching Bad Vegan on Netflix this week, you’ll enjoy these Twitter reactions that touch on the madness of Sarma and Anthony, poor Leon the dog, and plenty of money wire transfers.

After the Tinder Swindler and Inventing Anna, we thought we’d had our fair share of spammers and scammers, but then along came Bad Vegan.

Following the story of Sarma Melngailis, the Netflix true crime documentary details in four episodes the turbulent journey between Sarma, a vegan restauranteur, and a mysterious man who claims that he can make her dog immortal. All Sarma has to do is wire him millions of dollars and never ask any questions, as he sets her various peculiar tasks in order to admit her into “the family” where she and her dog will “live happily ever after.” 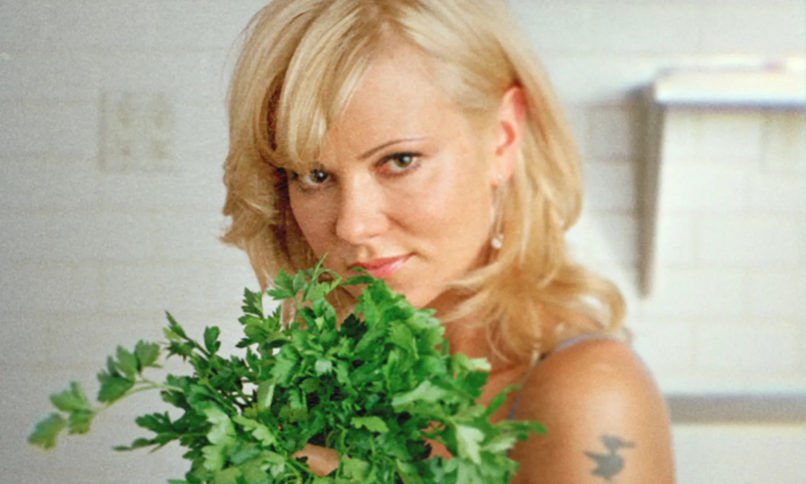 Despite its very catchy title, vegans can be relieved to know that the subject matter of the show does not have much to do with veganism, but rather love, crime, money, and a sense of otherwordly mysticism.

As much as Bad Vegan is difficult to watch, it is also fascinating. Released just last weekend, read on for what the Twittersphere had to say in our collection of the best Twitter reactions to Bad Vegan. Naturally, some spoilers may lie ahead.

The best Twitter reactions to Bad Vegan on Netflix

This is not what we expected…

Me watching this Bad Vegan doc on Netflix #BadVegan pic.twitter.com/WlKZdKeoMk

The first time you tell me you’re a secret agent… #BadVegan pic.twitter.com/4nBEMyKFDd

This was a strange turn

Telling a stranger all your passwords so he can 'make your accounts secure' #BadVegan pic.twitter.com/msgcq1R4Sw

Mindy Kaling has a point here

Am I the only one watching “Bad Vegan” thinking… the *second* that man asked me to wire him money, I woulda been… #badvegannetflix #badvegan pic.twitter.com/SncvD6v07m

Okay but how cool would this be?

Anthony Strangis: "I'll make you and your dog immortal"

Me: " Where did you graduate from, Hogwarts?" #BadVegan #badvegannetflix pic.twitter.com/Wb5iwUxwEd

Netflix, what are you doing to us?

A change of title maybe?

And by the end of it…

last thing imma say on #badvegan that phone call at the end where sarma is just laughing with anthony years later. it's exactly like that employee said, she knew what the hell she was doing pic.twitter.com/BIRWV30oGb

Entertainment Vegan Netflix memes Film & TV Bad vegan
You might also like ...
Culture
10 of the most followed Instagram accounts in the world
Lifestyle Asia
Here's where you can read the latest news and stories from Lifestyle Asia and our sister titles PrestigeOnline and Augustman, curated from all of our editions in Hong Kong, Singapore, Kuala Lumpur, Bangkok and India.
Luxury
Sign up for our newsletters to have the latest stories delivered straight to your inbox every week.