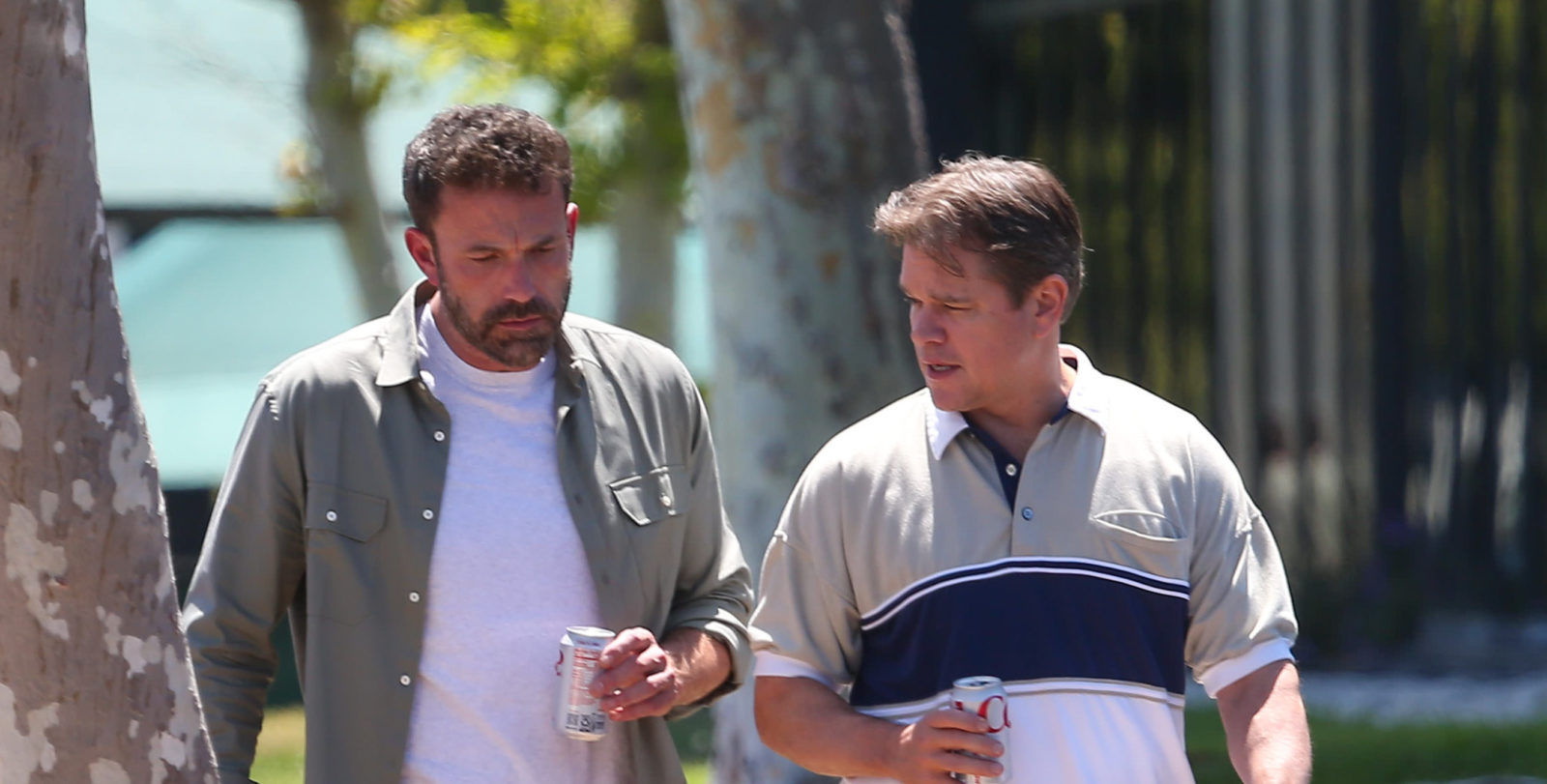 Longtime friends and acclaimed actors Ben Affleck and Matt Damon are set to appear together in a film, featuring sneaker giant Nike’s pursuit to sign Chicago Bulls legend Michael Jordan, in the 1980s. After signing the basketball icon, Nike went on to become a renowned name in the sports shoes arena that we know today.

The filming has begun and pictures from the Los Angeles set have surfaced showing the two Good Will Hunting (1997) stars documenting scenes from the iconic event.

Yet to be officially named, the film portrays Damon as Nike executive Sonny Vaccaro while Affleck, who is also directing the film, essays the role of the brand’s co-founder Phil Knight.

The movie depicts Nike’s tremendous efforts to sign the athlete as the brand’s face. At that time, such a high-profile partnership seemed impossible but with Vacarro’s efforts and persuasion, the collaboration went on to become one of the most successful and prominent partnerships ever. Vacarro befriended Michael Jordan’s close friends, family and coach to convince the NBA star for the deal.

The deal not only catapulted Nike’s image and made the brand what it is today, but it also helped in establishing the multi-billion dollar sneaker industry.

According to Variety, the film’s stellar cast includes Emmy Award winner Jason Bateman as Rob Strasser, who was Vacarro’s boss, pivotal in signing Jordan and promoting the brand as he oversaw Nike’s marketing and messaging across all sports. Michael Jordan is not being portrayed onscreen and remains an invisible character.

Academy Award-winning actress Viola Davis portrays the character of Jordan’s mother Deloris. She was extremely important in convincing her son to sign the deal. Chris Tucker steps in as Howard White, a junior executive at Nike’s basketball department during its nascent years. He maintained Nike’s roster of top NBA players and also played for the college team at the University of Maryland.

Marlon Wayans portrays George Raveling, a charismatic basketball coach who served as an assistant to the 1984 gold-winning US men’s Olympic basketball team. During that period he had befriended Jordan too. As Vacarro’s good friend, he was the first one to introduce Nike’s proposal to Jordan.

The team and production

Affleck and Damon have contributed to the screenplay as well which is penned by Alex Convery. This marks the actors’ third screenplay together after The Last Duel (2021) and Good Will Hunting.

The film doesn’t have a release date yet.

Film Nike Ben Affleck Michael Jordan Nike sneakers matt damon
Trinetra Paul
An ardent foodie, Trinetra seeks every opportunity of travelling and writing. Storytelling and slam poetry are her go-to jam. Her lazying around ideas includes binge watching and whipping up some snacks or searching the next place to visit.
Sign up for our newsletters to have the latest stories delivered straight to your inbox every week.