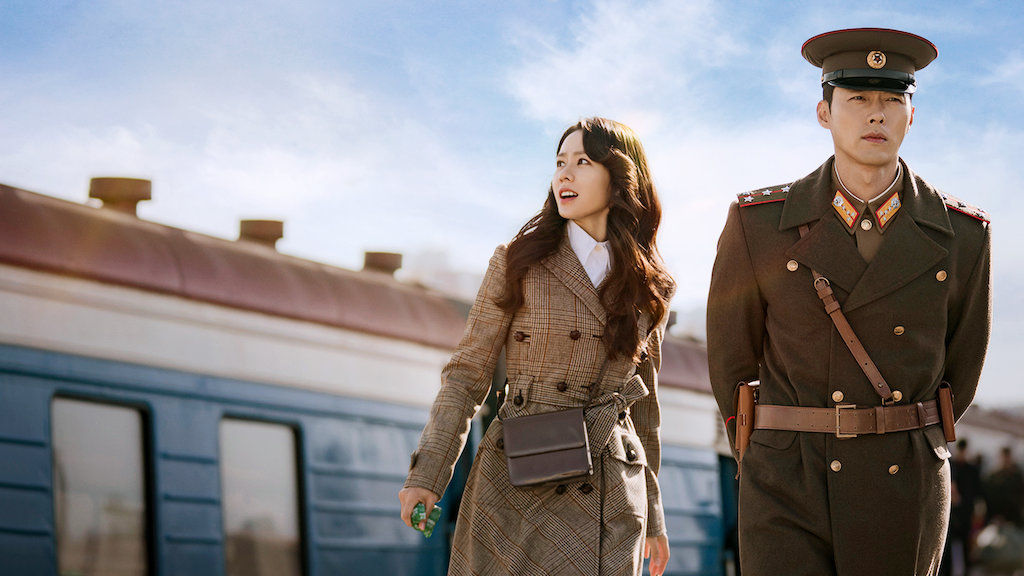 Watching a light-hearted romantic series with friends or a partner is always fun and comforting. Witnessing something so pure and relatable unfold on screen not only touches your heart but also elevates your mood. And with Korean everything taking over the world, romantic K-dramas on Netflix are what you need.

The perfect mix of a strong storyline, crackling chemistry between the lead pair, comic timing and a stellar cast will keep you glued to your TV screens.

From Start-Up to Descendants of the Sun, bookmark these raved-about romantic Korean series that will surely tug at your heartstrings.

Rated an impressive 8.7 on IMDb, the South Korean television series is written by Park Ji-eun and directed by Lee Jeong-hyo. The 16-episode series stars Hyun Bin and Son Ye-jin in leading roles.

The story revolves around a South Korean heiress, who accidentally lands in North Korea. But fate has other plans, as a charming army officer decides to help her.

The 16-episode Korean series narrates the story of a dentist who decides to set up her practice in a seaside village. As destiny would have it, her path crosses with a jack-of-all-trades kind of a person who lives in the village.

The series stars Shin Min-a as Yoon Hye Jin and Kim Seon-Ho as Hong Du Sik, among other characters.

With an IMDb rating of 8.6, you can watch the series on Netflix.

Starring Kim Soo-hyun, Seo Ye-ji and Oh Jung-se, the K-drama depicts the emotional healing of an antisocial writer and a psych ward caretaker when their lives intertwine.

Written by Jo Yong and directed by Park Shin-woo, the show is rated 8.7 on IMDb. You can watch the 16-episode series on Netflix.

This beautiful love story is about an injured soldier who meets a surgeon and falls for her. What separates them is their polar opposite ideologies. Will they be able to unite despite their differences? Watch the series to find out.

Rated 8.3 on IMDb, the cast has Song Joong-ki and Song Hye-kyo as protagonists.

Watch the show on Netflix.

This inspiring romantic K-drama on Netflix is about a bunch of young entrepreneurs who try to find their way in Korea’s technology industry as they experience love and success.

You can watch the show on Netflix.

The romantic K-drama is about how a self-centred business heir’s life goes for a toss when his capable personal assistant decides to quit. Starring Park Seo-joon and Park Min-young in lead roles, the show was an out-and-out hit with an IMDb rating of 8.1.

The 16-episode series is based on a novel of the same name by Jung Kyung-yoon. You can watch the Park Joon-hwa directorial on Netflix.

The story follows a group of college-going athletes who are striving to excel in their fields. Among them is a weightlifting star who meets her childhood friend — a talented swimmer — only to realise that she has a crush on his cousin.

Rated 8.4 on IMDb, you can watch the series on Netflix.

With a stellar star cast comprising Lee Na-young, Lee Jong-suk, Jung Eugene and Wi Ha-joon in lead roles, the plot is about an editor-in-chief of a publishing company, who is at the pinnacle of success. However, a twist awaits him as his path crosses with a former copywriter who is looking for a job.

Rated 8.0 on IMDb, the series is available on Netflix.

The 14-episode series revolves around a nutritionist who meets her boss — who turns out to be someone she had slept with.

Sung Hoon, Ji-eun Song and Jae-yeong Kim form the main cast of the series. Rated 8.6 on IMDb, the series is directed by Kang Cheol-woo.

Based on a popular webtoon of the same name, the 10-episode series is about two classmates who are attracted to each other but are cynical about romantic relationships. However, the duo gets involved in a friends-with-benefits equation.

The series has Han So-hee and Song Kang playing the lead roles. Written by Jung Won and directed by Ga-Ram Kim, the show has a 7.3 rating on IMDb.

Netflix Descendants of the Sun start up Korean series K-dramas Romantic K-dramas
Priyanka Lamba
It was while pursuing her degree in computer applications, when Priyanka decided to set her sights on content writing (talk about realisation and serendipity). In her spare time, she is either found immersed in books or movies.
Food Entertainment Culture Travel
Sign up for our newsletters to have the latest stories delivered straight to your inbox every week.