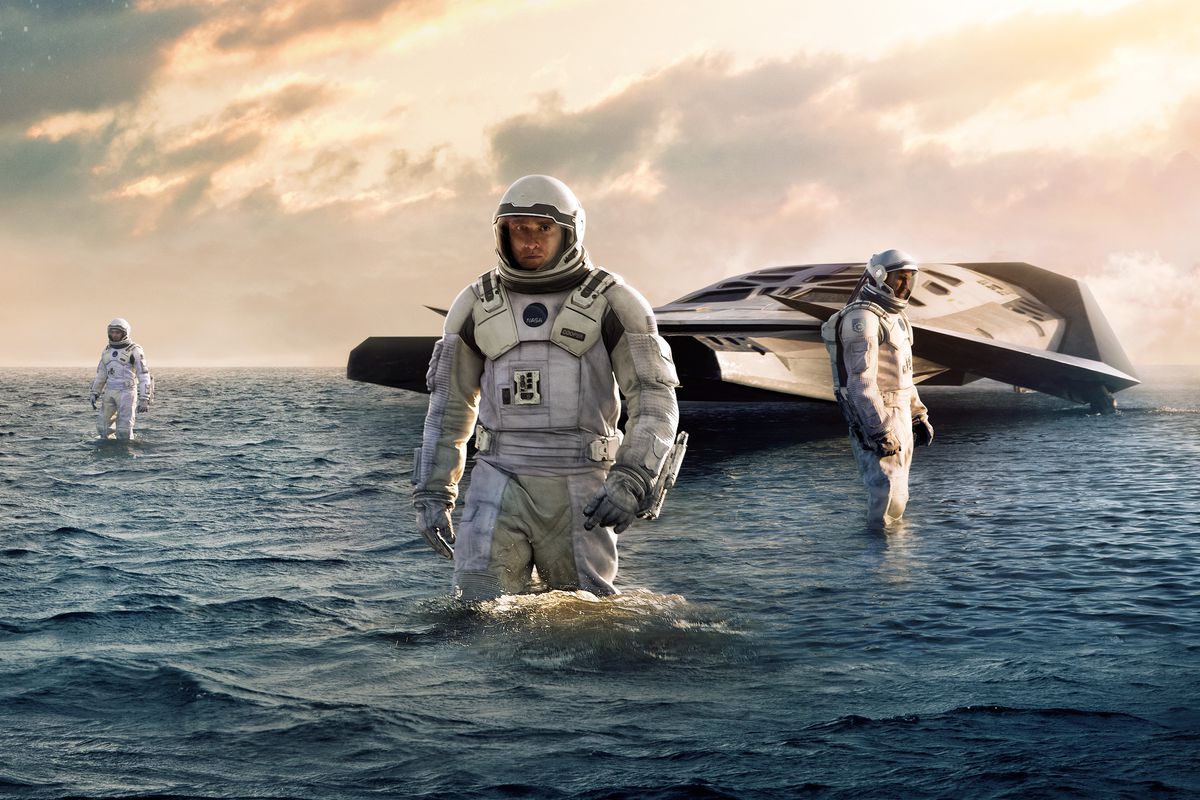 While we have stayed home to curb the spread of COVID-19, books, movies and virtual travel were the only means of escape from the real world. Among the many genres, including fantasy, anime, action and comedy, there is a type of film that piques the interest of many among us — time travel.

What makes these movies a must-watch is the diverse undertones of mystery, action and drama while we shuttle between the past and present or show a future world with technological advancements one can only imagine as well as an alternate universe where humans would live. Moreover, the versatile genre has much to offer to those who opt for lighter rom-coms as opposed to action-packed films for thrill-seekers.

So, get the bag of popcorn and cuddle up on your couch for a mix of some of the time travel films you must watch. From Interstellar and Donnie Darko to Midnight In Paris, here are 10 movies that will take you to the bygone era of Jazz music, into the future where humans fight aliens on other planets and, of course, you get to witness various kinds of time travel machines zooming through time loops.

About Time is a feel-good romantic film, starring Rachel McAdams and Domhnall Gleeson in lead roles and involves time travel.

At 21, Tim Lake’s (Gleeson) father tells him that the men in his family can go back to their past and also teaches him how to do it. The young man uses this newfound information to shape his life and find himself a girlfriend, Mary, played by McAdams.

From having their meet-cutes again and again to repeating his proposal to get it just right, Tim travels through time often to perfect everything, but things are not as simple as he thought they would be.

Eventually, Tim has to make some decisions about travelling back in time, which will lead to repercussions in the present.

One of the best time-travel films around, this action film follows Major William Cage (Tom Cruise), who is sent to fight aliens after the latter tries to capture Earth.

Lacking combat training, Cage dies within the first few minutes of the battle, only to find himself caught in a time loop where he keeps experiencing death over and over. However, he also keeps getting better on the battlefield, and the only way to get out of this loop is to defeat the aliens and stay alive.

The Academy Award-winning movie has a stellar cast, including Rachel McAdams and Owen Wilson. Directed by Woody Allen, the film will make you fall in love with present-day Paris as well as that of the 1920s.

Gil (Wilson) is a famous Hollywood writer who is struggling to write his first novel. Travelling with his fiancée Inez (McAdams) and her parents on a trip to the city of love, he takes to touring Paris on his own late in the night.

Something odd happens on one such outing when Gil is transported to the Jazz Age along with a bunch of revellers. Gradually, he begins to spend more time in the past and is mesmerised with the art and literature of the era, which leaves him discontent with the present.

Others among the cast are Tom Hiddleston, playing the role of Scott F Fitzgerald; Corey Stoll as Ernest Hemingway in the bygone era; and Michael Sheen as Paul and Kurt Fuller as John.

Set in 2044 and 2074 America, the film shows that time travel is illegal and only those willing to pay on the black market can avail it. Men are sent into the past to be shot by a hitman named Looper the moment they arrive. Joe (Joseph Gordon-Levitt) is one such hitman and is known to be good at his job.

One day, he gets to know that the mob wants to close the loop and will be sending a Looper from 2074, who is the future Joe (Bruce Willis), to 2044 to kill Gordon-Levitt’s character. However, the two join forces and try to find out a way to survive.

Christopher Nolan’s Interstellar is one of the most gripping time-travel movies that will keep you on the edge of your seats. Mathew McConaughey plays the character of an ex-pilot who leads a team of explorers into space to find out if there is a habitable planet for humans.

The movie captures the challenges that his team faces in space and the different ways time works in space and on Earth. The movie won an Oscar for best achievements in visual effects in 2015.

This time travel movie has something for everyone — from romance and time travel to great rock music and body swapping. Made by Makoto Shinkai, the critically acclaimed anime was hailed as Japan’s best film in 2016. Its storyline follows two teenagers separated by distance but is far from the romantic clichés.

A teenage boy named Taki (voiced by Ryûnosuke Kamiki) lives in the big city of Tokyo while Mitsuha, who is in her senior year, resides in the countryside and wishes to go to Tokyo. In a change of events, they wake one morning to find their bodies have been swapped because of a cosmic connection, and they start falling in love with each other. But do the two strangers actually meet?

The Terminator is the first film of the franchise featuring Arnold Schwarzenegger as the protagonist. Following the massive hit of the James Cameron directorial, the series saw five more sci-fi movies. The science-fiction film has also been adapted into comic books and video games.

The film follows a cyborg assassin called “The Terminator” who has been sent from 2029— a world oppressed by artificially-intelligent machines — and programmed to kill Sarah Connor (Linda Hamilton). However, Sarah must be protected at all costs as her unborn son would become the saviour of the human race. To kill the cyborg and save the future of mankind, a human soldier Kyle Reese (Michael Biehn) has also been sent from the same year in the future to 1984.

This science-fiction time-travel film follows two engineers who accidentally make a time machine while working on other projects. On realising what they have achieved, the friends try to make money off the stock market using the time machine. However, things start spiralling down, putting a strain on their friendship.

The film uses a lot of engineering jargon. You might have to watch it again to completely understand this time-travel movie.

The film follows a troubled teenager Donald J. “Donnie” Darko, played by Jake Gyllenhall, who is diagnosed with Schizophrenia. Donnie experiences sleepwalking and hallucinates about a character dressed in a rabbit costume and calls it Frank.

Frank tells Donnie that the world will end in 28 days and influences him to commit crimes, including lighting a house on fire. As the time-travel movie progresses, Donnie notices things that make little sense. While some of his questions are answered with the help of a book on time travel given by his science teacher, Donnie wonders if there is a parallel universe.

On the 28th day, Donnie sees a vortex forming over his home and all the things that happened over the course of 28 days are reset.

Back To The Future is a classic sci-fi time-travel film. The 1985 release was ahead of its time in all aspects and is one of the best time-travel movies ever made.

The movie follows the Californian teenager Marty McFly (Michael J. Fox) as he accidentally travels from 1985 to 1955 in a time travel machine made by his scientist best friend Doc Brown (Christopher Lloyd). There, he meets the younger version of his parents and tries to make them fall in love otherwise his existence will come to an end.

That is not all, Marty also needs to find a way to come back to the present through the time loops but the time machine had gone berserk after the initial trip.

The success of this film led to two more instalments, a short film and a TV series.

Although the ones listed above are some of the best movies featuring time travel, other special mentions include Time Traveler’s Wife (2009), Star Trek series, Doctor Strange (2016), Peggy Sue Got Married (1986), Avengers: Endgame (2019), Bill and Ted’s Excellent Adventure (1989) and The Tomorrow War (2021).

Entertainment Movies Sci-Fi What to stream Time Travel movies Back To Future
Nishtha Grover
A travel fanatic who loves exploring new dishes and cultures only to later write about them. You will either find her reading, trying new skincare products or sleeping during her spare time. Also, loves rock music and cannot do without it.
Travel Food Entertainment Culture
Sign up for our newsletters to have the latest stories delivered straight to your inbox every week.