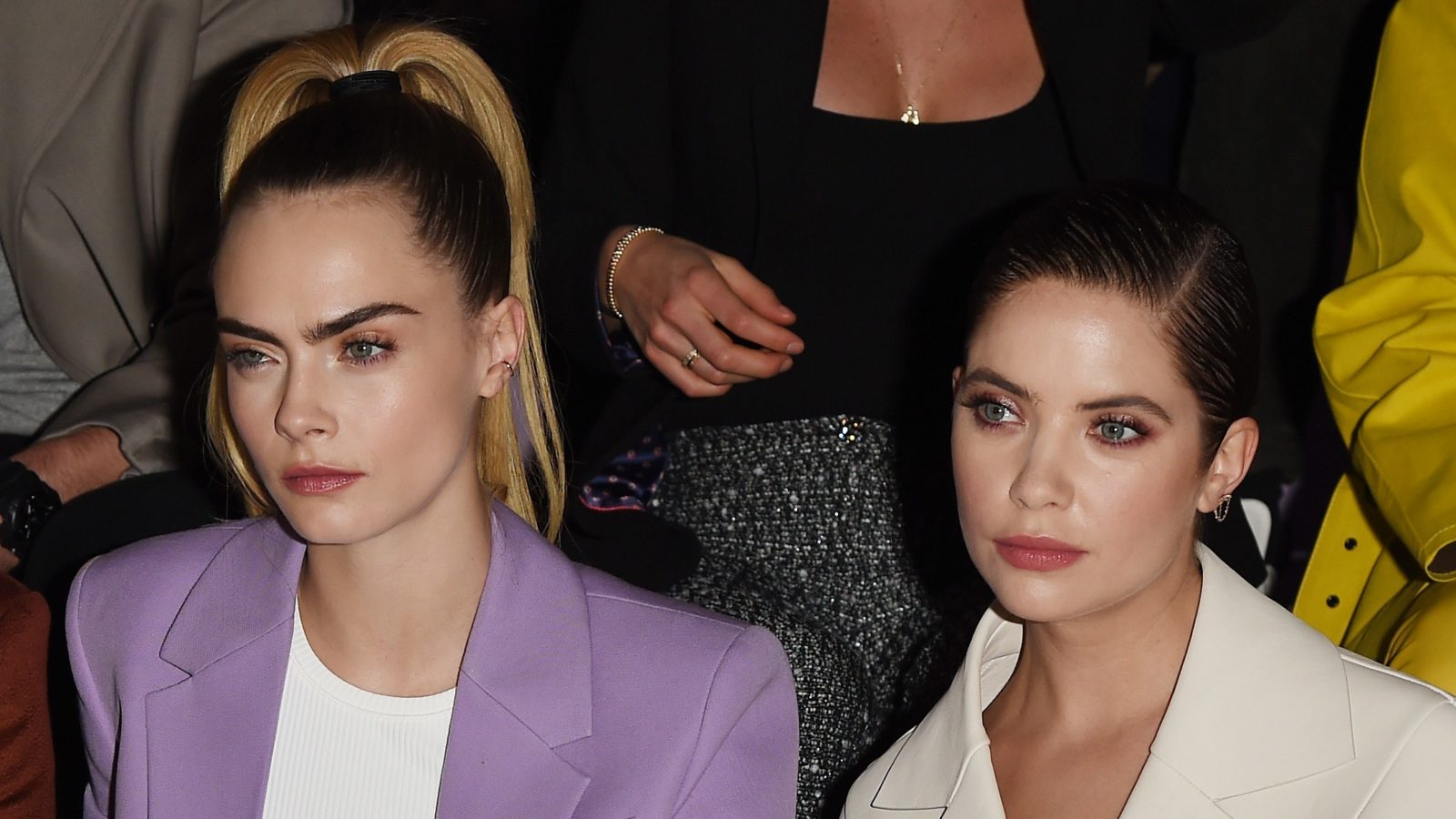 You’ve baked bread, attempted yoga and served up Dalgona coffee. All that’s left to do to truly complete your quarantine is joining TikTok.

The video-sharing app has become pretty popular in the last few weeks, especially as an outlet for our pandemic-induced stress. There’s little wonder why: TikTok offers funny memes, viral dance challenges and essential life hacks, all in bite-sized video clips. Lately, the app has even introduced donation stickers, encouraging its 800 million users to spare some change for organisations focused on providing COVID-19 relief.

Clearly, there’s lots to love about TikTok, although it has largely been the domain of zealous Gen-Zers. However, the app has lately been working its appeal on celebrities, too — even the ones that we would have considered too cool for it.

That includes Bella Hadid, whose TikTok account shows us that she has been spending her time in self-isolation like the rest of us: trying to learn the dance to Megan Thee Stallion’s chart-topping anthem, Savage. Bella’s friend, Kylie Jenner, is another famous face on the platform, who has lately taken to reenacting scenes from her family’s reality TV show, Keeping Up With the Kardashians. That, as it happens, is what you can do on TikTok now — Kourtney’s on it, too.

Light-hearted fun aside, there are also plenty of other gems to find on TikTok, especially if you’re on the hunt for new recipes to try or working towards a fitspo figure. Below, we’ve rounded up 10 of the best celebrities on TikTok to follow. 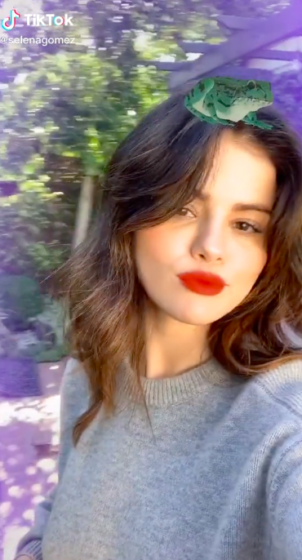 Selena Gomez’s star power works just as well on TikTok as it does on Instagram. For one of the most-followed celebrities on the app, the singer’s TikToks are pretty low-key, consisting mostly of her jamming to her singles like Boyfriend and Rare. She also enjoys other artists: check out the video of her dancing along to TikTok anthem, Say So by Doja Cat. 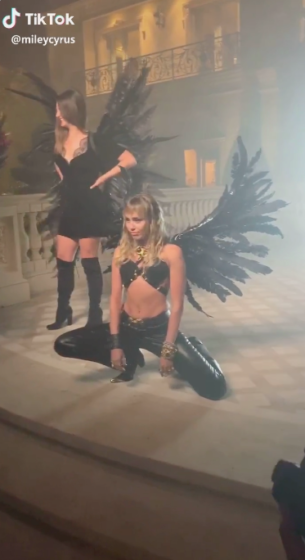 Miley Cyrus’s TikTok page lets you revisit some of her best moments, from her surprise catwalk at the Marc Jacobs Fall/Winter 2020 show to her MTV EMAs winning speech, Chanel purse and all. It also offers a behind-the-scenes look at the pop singer’s career, like her transformation for her Black Mirror episode, as well as shooting alongside Lana Del Rey for the music video of their Charlie’s Angels single. 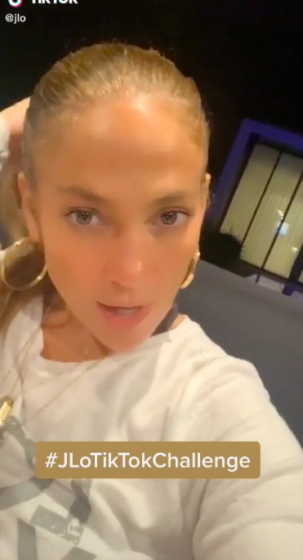 On TikTok, Jennifer Lopez lets her fans in on her life, which entails participating in various dance challenges (especially with her husband, Alex Rodriguez), showing off her designer looks to events like the Met Gala and breaking out a sweat in the gym. 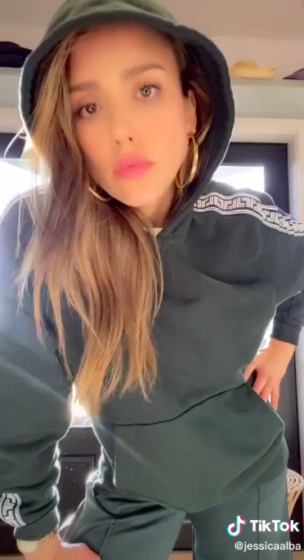 For a wholesome TikTok experience, follow Jessica Alba. The actress offers cooking tutorials of her homemade recipes, detailed workout demonstrations and skincare routines. Alba also throws in a little fun now and then with TikTok dance challenges joined by her kids. 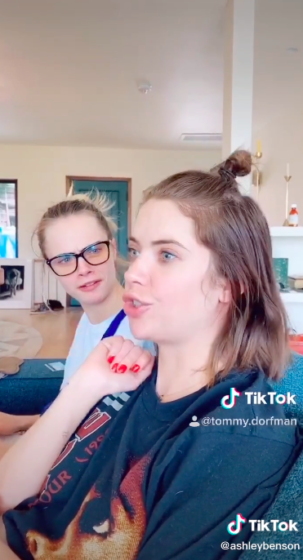 Cara Delevingne’s TikTok bio may claim that she’s new to the app, but the British model, actress and back-up vocalist has already made many a cameo in her girlfriend Ashley Benson’s TikToks. The pair have been spending quarantine as people normally do: by dancing to Beyoncé’s remix of Megan Thee Stallion’s Savage, re-enacting scenes from Rupaul’s Drag Race and much more. Disclaimer for anyone who intends to follow Bella Hadid on TikTok: “It’s a joke. Please take the joke.” The supermodel’s bio is warranted if you scroll through the silly videos of her taking on the Pew Pew Pew It’s a Chopper challenge, messing around with the app’s various filters and walking around in DIY sock heels. Dua Lipa is relatively new to TikTok, but she’s still worth a follow. So far, the singer has shared a behind-the-scenes look at her music video, as well a TikTok dance for her single, Physical. If her Instagram profile is anything to go by, it won’t be soon before she’s sharing videos of her hanging out with her boyfriend Anwar Hadid and other quarantine activities. Environmental activists and fitness enthusiasts alike will be fond of Jane Fonda’s TikToks, in which the actress does her famous “Jane Fonda Workouts” while raising awareness for climate change. In her clips, Fonda invites viewers to join her and her celebrity friends Natalie Portman, Alyssa Milano and more for the Greenpeace USA’s virtual Fire Drill Friday rallies. Hit follow so you won’t miss the next one. You can watch Alicia Keys live her best life on TikTok. Like everyone else on the app, the Grammy award winner posts videos of her dancing alongside her family members, on top of flexing her skills on the piano and giving an impromptu performance by the sunset.

Follow
Celebrities TikTok
You might also like ...
Style
Kaia Gerber, Bella Hadid and more style icons give us reasons to smile in quarantine
Pameyla Cambe
Senior Writer
Pameyla Cambe is a fashion and jewellery writer who believes that style and substance shouldn't be mutually exclusive. She makes sense of the world through Gothic novels, horror films and music. Lots of music.
Fashion Style Jewellery