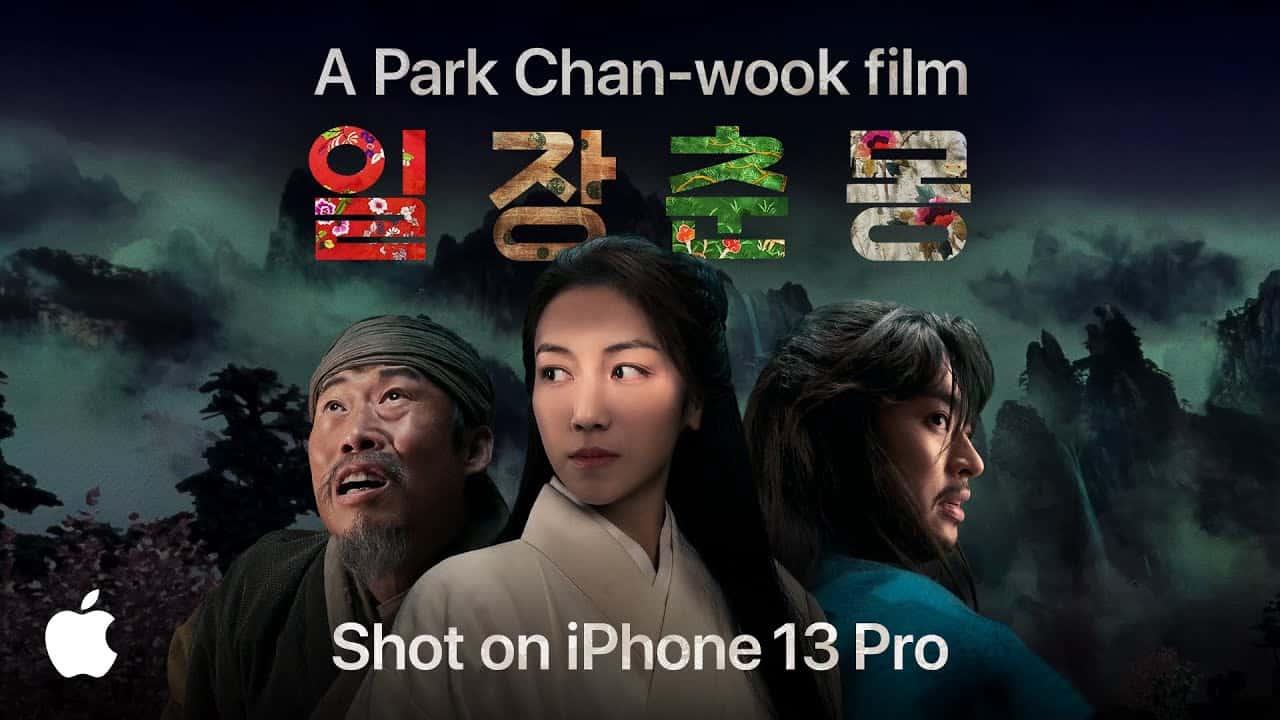 Watch ‘Life is But a Dream’, a short film by Park Chan-wook shot, on iPhone 13

Living
Watch ‘Life is But a Dream’, a short film by Park Chan-wook shot, on iPhone 13
Share this article
Next article

Acclaimed South Korean director Park Chan-wook joined hands with Apple for a short film titled Life is But a Dream, which was shot entirely on an iPhone 13 Pro.

Apple released the 21-minute-long film on its official YouTube channel on 18 February 2022.

A fantasy tale of love, music and martial arts

The story of Life is But a Dream revolves around an undertaker (Yoo Hai-jin) who accidentally awakens a ghost (Park Jeong-min) while trying to steal a coffin. The awakened ghost bonds with the ghost of the warrior (Kim Ok-vin) who the undertaker was supposed to bury.

How was the film shot?

“It’s not easy to dive deeper into genre experiments in a full-length feature film because it costs a lot of money and there is a lot of pressure. When making short films, I have creative freedom,” Park said at an online press conference held to promote the film.

Cinematographer Kim Woo-hyung, with whom Park has worked on some of his earlier projects, was involved in the making of the short film.

A short film to watch before Park’s next projects

Life is But a Dream is not Park’s first film shot on an iPhone. He had earlier used an iPhone to also shoot Night Fishing, which won the Golden Bear for Best Short Film at the 61st Berlin International Film Festival in 2011.

The South Korean auteur, who is internationally renowned for his film Oldboy  (2003), is working on two major projects.

One of them is a film titled Decision to Leave, which is about an investigator falling for a widow who is a suspect in a murder case. The other, The Sympathizer, is an upcoming HBO series starring Robert Downey Jr. and is based on the Pulitzer Prize-winning novel of the same name by Viet Thanh Nguyen.

Park’s last film and series as director were the acclaimed The Handmaiden (2016) and The Little Drummer Girl (2018), respectively.

Watch Life is But a Dream below:

Apple short film iPhone 13 Park Chan-wook Life is But a Dream
Manas Sen Gupta
Manas enjoys reading detective fiction and writing about anything that interests him. When not doing either of the two, he checks Instagram for the latest posts by travellers. Winter is his favourite season and he can happily eat a bowl of noodles any time of the day.
Travel Culture Entertainment Food
Sign up for our newsletters to have the latest stories delivered straight to your inbox every week.