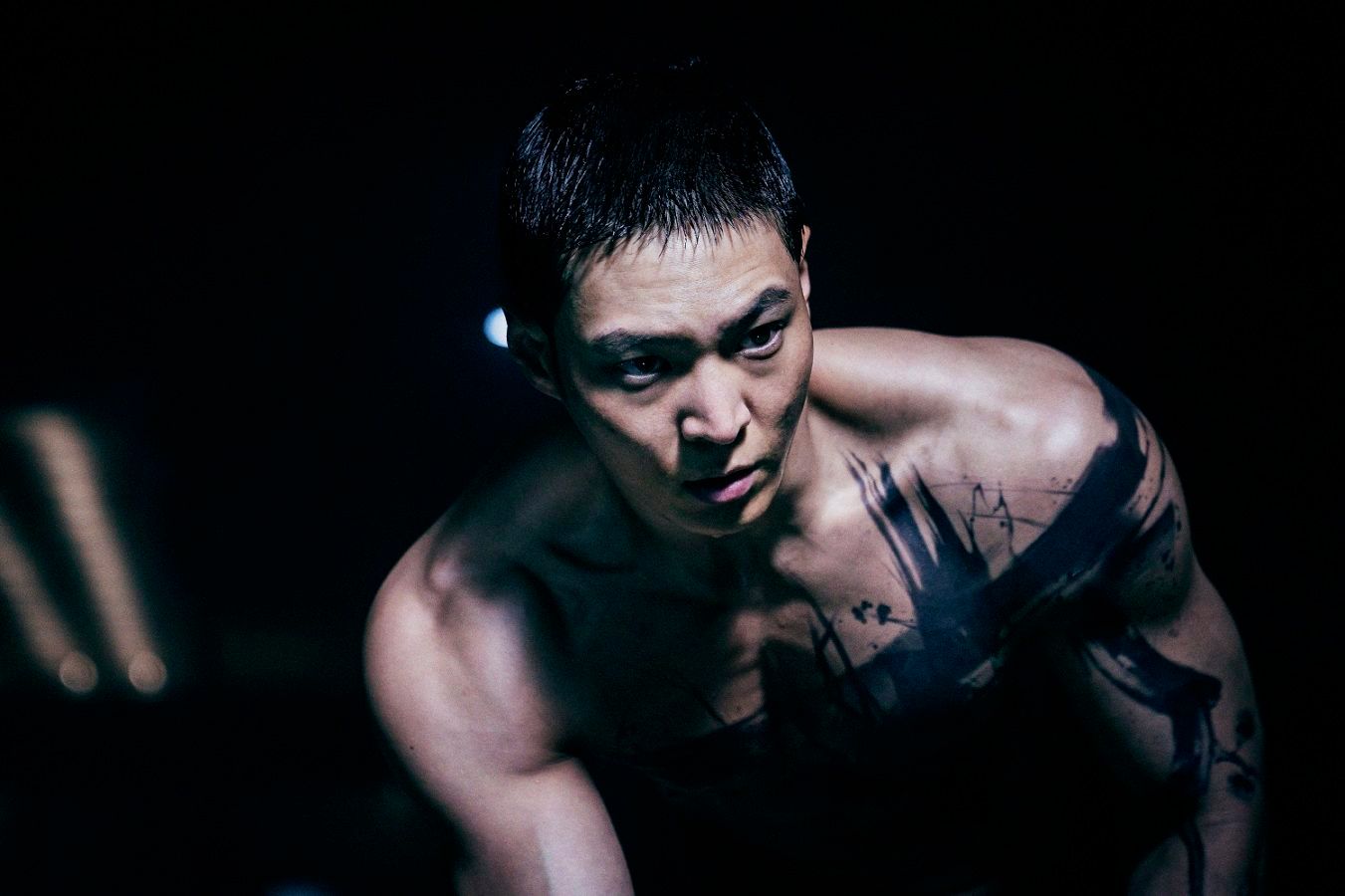 Buoyed by the stupendous success of its shows, such as Kingdom and Squid Game, Netflix is now going all out on Korean content this year. The long list of Korean shows and films on Netflix for 2022 is proof of that.

In a statement, Don Kang, Netflix’s Vice President of Content (Korea), said that viewing hours of the Korean shows of the streaming platform grew six-fold in 2021 compared to 2019.

Leading the pack, Squid Game was the most viewed Korean show in 94 countries and 95 percent of the viewership came from outside Korea.

“Hellbound was among the Top 10 Netflix Shows in 93 countries and ranked number one in 34 countries. Sci-fi mystery The Silent Sea also made it to the number one spot on the weekly non-English Top 10 lists for its premiere,” Kang said.

You might also like…
Living
5 new K-dramas to watch this January and February 2022
Culture
Monday Motivation: 10 highest-paid K-drama actors (and actresses) today

“We believe this is a slate that showcases more of the inventive and gripping Korean storytelling that the world has come to love. To do that, we will continue to invest in Korea’s creative ecosystem and, together, we will keep on showing the world that ‘Made in Korea’ means ‘Well-Made’,” Kang said.

Netflix released over 130 Korean titles from 2016 to 2021. In 2022, the American streaming platform is bringing in a gamut of shows and movies, expanding is library of K-content.

First on the list is All of Us Are Dead, which will premiere on 28 January. The show’s teaser was released on 31 December 2021, and it is about a zombie outbreak in a high school.

Then there is Money Heist: Korea – Joint Economic Area, a remake of Netflix’s acclaimed Spanish series Money Heist. It is one of the most anticipated shows in Korean entertainment.

Overview: The series is about students trapped in a school amidst a zombie virus outbreak who later join forces to fight for survival. All of Us Are Dead is based on a popular webtoon by Joo Dong-geun. The horrific visuals of students infected by the mysterious zombie virus and stunning action set in various parts of the school make it a must-watch.

Overview: A drama of youths who lost their dream to the zeitgeist of 1998. It revolves around five friends and their love, friendships, hardships, and growth.

Overview: A cheerful romance K-drama of people at the Korea Meteorological Administration who break up, fall in love, and get back on their feet every day. The story follows Jin Ha-kyung (Park Min Young), who decides never to commit to an office romance after a brutal break-up. But Jin enters a relationship again with a newcomer in the team, Lee Si-woo (Song Kang), who is different but attractive in his own way.

Overview: Thirty Nine is a down-to-earth life and romance drama that delves into the friendship, love, and lives of three friends who are about to turn 40. A coincidence in their high school years brought the three together to become BFFs. Life, however, takes a turn for the worse one day when they’re all 39, and they have to get ready for goodbye.

Overview: Juvenile Justice deals with a judge who dislikes juvenile delinquents, to only later realise the troubles children face in society and how society is circumventing them to become better people. Kim Hye-soo (Hyena, Signal) plays Sim Eun-seok — the charismatic judge newly appointed to a district with the highest juvenile delinquency — who makes unorthodox decisions to existing judgments. She later tries to send a message that society is also responsible for juveniles’ immoral and illicit acts.

Overview: The grim reapers who used to escort the dead now save those who want to die. An afterlife fantasy drama, Tomorrow depicts how a long-time unemployed person accidentally bumps into grim reapers on a special mission and becomes a contract worker at their Crisis Management Team to help them on their mission.

The Sound of Magic (TBC)

Overview: The Sound of Magic is based on the popular webtoon Annarasumanara. It is a touching drama about Yoon Ah-yi (Choi Sung-eun), a girl who had to grow up too fast, and Rieul (Ji Chang-wook), a mysterious magician who — although grown-up — wants to remain as a kid.

Overview: Remarriage & Desires is a satire of Korean society governed by desire. Set at the exclusive matchmaking agency catering to the top echelons of society, ambitious souls hope to upgrade their status by marrying or remarrying into the ranks of the elite. They aspire to nab someone from the “Black” tier, the highest group, consisting of the top 0.001 percent of the population.

Overview: A Model Family is about a man who — on the brink of bankruptcy and divorce — stumbles upon a car loaded with cash. The incident has him crossing paths with the second-in-command of a drug organisation.

Overview: Glitch tells the story of a girl who attempts to track down her missing boyfriend with the help of members of an UFO club. In the process, she comes face to face with a secret.

Overview: Based on real-life events, The Accidental Narco is about an ordinary entrepreneur who has no choice but to risk his life by joining the secret mission of government agents to capture a Korean drug lord. The Accidental Narco marks director Yoon Jong-bin’s first foray into series and collaboration with Netflix.

Overview: A highly realistic romance that explores the dreams, love and friendship of young people who devote their lives to working in the fashion industry, where fashion often means passion.

Overview: Money Heist: Korea – Joint Economic Area narrates a genius strategist and his talented crew composed of top-class thieves, attempting to pull off an unprecedented heist in the Korean Peninsula.

Love to Hate You (TBC)

Overview: Love to Hate You is about the war-like relationship between a woman who hates losing to men and a man who’s frantically suspicious of women. Both later discover how to cope with their opposing characteristics.

Overview: A murder case around a social dating app entangles the developer of the app and her friends. This marks director Jung Ji-woo’s first venture into series and collaboration with Netflix.

Overview: The series is set in 2071, where people depend on respirator masks to breathe. Only one percent of the human race has survived, and a strict social stratification has been established in the deserted lands of the Korean Peninsula. Delivery drivers play a crucial role within this system. For refugees, becoming a delivery driver is their only hope for survival.

Overview: An office romance drama, Business Proposal, is based on a globally famous web novel and webtoon of the same name. An average employee Shin Ha-ri (Kim Se Jeong) goes on a blind date in her friend’s stead as a sassy girl, only to find the date to be the CEO of her company, Kang Tae-moo (Ahn Hyo-Seop). Following their encounter, they struggle to keep their emotions in check at the office.

Overview: A man with a unique taste and a woman who stumbles upon his secret get into a romantic relationship. This marks Girls’ Generation’s Seo Hyun’s first film.

Overview: A breathtaking spy action thriller, Yaksha: Ruthless Operations is a film about a merciless man known as “Yaksha” who crosses paths with a prosecutor on a special inspection mission in Shenyang, China.

Overview: Carter is an original film about an agent suffering from memory loss who is thrown into the middle of a mysterious mission.

Overview: The action blockbuster movie Seoul Vibe revolves around a team known as Sangedong Supreme, which tries to unearth corruption while the world has its eyes on the 1988 Seoul Olympic Games.

Overview: 20th Century Girl is a romantic film set in 1999. In the last year of the 20th century, a 17-year-old girl finds her first love — a sweet and pure but heartbreaking relationship. Years later, in the 21st century, news about her first love revives her teenage romance she thought she had forgotten.

Overview: A desolate Earth in the 22nd century that is no longer inhabitable due to climate change is the setting for this film. Amid the chaos, an internal war breaks out in the shelter built for human survival. Victory — meaning the end of the war — now hinges on finding a way to clone the legendary mercenary JUNG_E into a scalable robot. The film is one of the most anticipated because of director Yeon Sang-ho, whose works include Train to Busan, Peninsula and Hellbound.

Celeb Five: Behind the Curtain (TBC)

Overview: A fake documentary, Celeb Five: Behind the Curtain takes a peek into how Celeb Five (Kim Shin-young, Song Eun-yi, Shin Bong-sun and Ahn Young-mi) goes on marathons of ideation meetings to plan an amazing stage after being offered a solo show on Netflix. Their behind-the-stage work, more ingenious and hilarious than the on-stage show itself, provides incessant laughter and fun.

Netflix Korean Movies Squid Game hellbound Korean series korean shows
prestigeonlinemy
Sign up for our newsletters to have the latest stories delivered straight to your inbox every week.