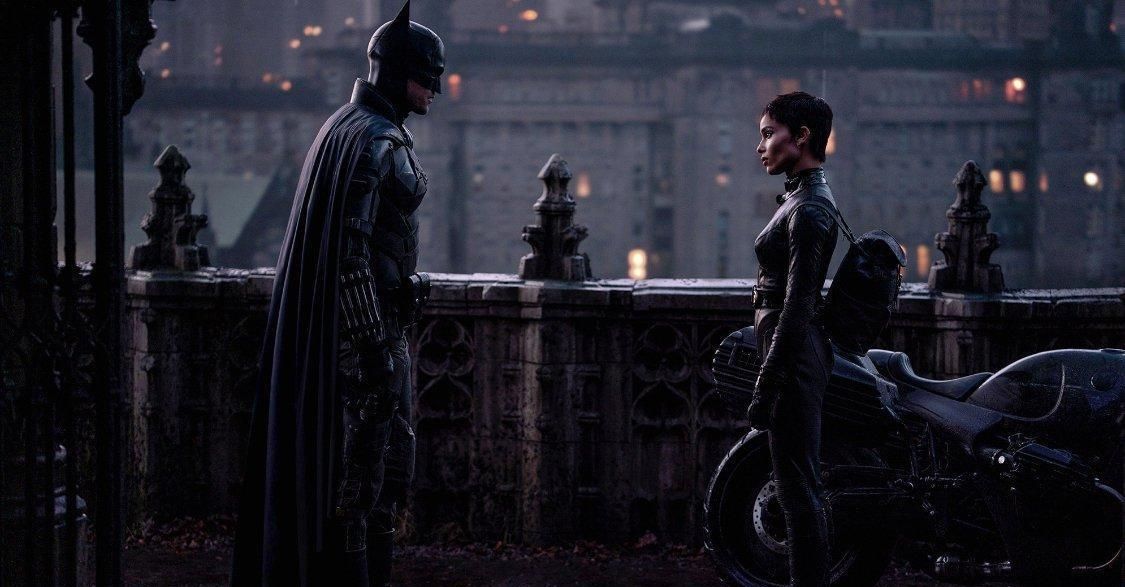 Batman movies create a buzz whenever they are released. You can always expect action, drama and some romance in these DC movies. However, another thing that is of intrigue for Batman fans are the locations the movies are shot in.

Gotham City houses many places that play an important role in the Dark Knight’s life and features in Matt Reeves’s The Batman as well. Starring Robert Pattinson as Bruce Wayne/Batman and Zoë Kravitz as Selina Kyle/catwoman, the movie is the latest in the series of many Batman versions. IMDb describes the plot as, “When the Riddler, a sadistic serial killer, begins murdering key political figures in Gotham, Batman is forced to investigate the city’s hidden corruption and question his family’s involvement.”

Most of the filming of Batman movies is done in the Warner Bros studios and across the US, including New York and Pittsburgh. You will notice some familiar landmarks from England as well. Whether it’s the Wayne Manor or Gotham Globe Office, all locations where the scenes have been shot add life to these fictional places.

Among the regular attractions like Central Park, Empire State Building, Statue of Liberty and others, don’t forget to spot these revered Batman movie locations.

12 real-world Batman movie locations that you can visit now

One of the many IMDb listed filming locations for Reeves’ The Batman is the iconic St. George’s Hall in Liverpool, England. Though we have seen different variations of Gotham City under Christopher Nolan and Tim Burton, Reeves seems to have stuck to the comic books’ description quite accurately and has retained the European charm.

Bruce Wayne appears in front of the St. George’s hall, which is replicated as Gotham City Hall. Designed by architect Harvey Lonsdale Elmes in 1854, it is considered as an epitome of European architecture and Sir Charles Riley describes it as, “The climax of the great classical movement in Europe and its finest product.” It was initially built when Liverpool citizens expressed concerns about the lack of a venue to host the Triennial music festival.

Since then, it has served as a seat for noted Victorian writers like Charles Dickens, who held regular discussions, readings and performances. It is also used as a law court and civic hall. The St. George’s Hall also has a small concert hall designed by Charles Robert Cockerell, which is a stunning specimen of neoclassical architecture.

The stunning Victorian mansion in London is another officially IMDb listed filming location for Matt Reeves’ The Batman. The building is as gorgeous as it can be and retains the classic European charm till date. The venue has been featured in several other noted films and series like Bodyguard, Downton Abbey, Bridget Jones: The Edge of Reason, Bridget Jones’ Baby, The Royals and others.

The Two Temple Place dates back to 1895 and was built by William Waldorf Astor on the embankments of London. Today, it is open for public events on special occasions and exhibitions.

Wayne Manor is the lavish residence of billionaire Bruce Wayne and also Dick Grayson aka Robin. The mansion is open to the public but don’t expect Alfred to greet you.

Built in the 1580s for Sir Francis Willoughby, the Wollaton Hall mansion features intricate designs of the Elizabethan and Jacobean era. It is located about 5km north of Gotham, Nottinghamshire from which Gotham City derives its name.

Public can visit the prospect room, the upper levels and the tudor kitchen in the basement and witness the grandeur that speaks of wealth and opulence of the place.

Dating back to 1873, it was the only place that allowed women to smoke in public. Today it is a famous five star hotel under Marriott UK, which continues to retain the old world charm and classic architecture. The granite pillars, classic wooden interiors and ornate design makes it one of the most sought after locales in London. It has served as the backdrop of many other films and series like The Crown and Harry Potter and the Chamber of Secrets.

In The Dark Knight Rises, Gotham Stock Exchange is in fact located in New York’s financial district. The easily recognisable JP Morgan building, at 23 Wall Street, stands at the southern corner of Broad Street, across the street from New York Stock Exchange.

The exteriors of the building are shown when Bane (Tom Hardy) attacks the stock exchange under the disguise of a deliveryman. He makes a number of bad trades in the name of Wayne and bankrupts Wayne Enterprises. He is seen leaving the scene with hostages in front of the police force.

Gotham Stock Exchange has been shot in various other locations as well capturing the interiors of the office. Nolan shot the scenes of Bane and his men barging in to take over and steal Wayne’s wealth in the iconic Title Insurance Building of Los Angeles. The building has been featured in several other iconic films including Birds of Prey (and the Fantabulous Emancipation of One Harley Quinn), Godzilla and Pearl Harbour.

No amount of words would do justice to the grandeur and opulence of billionaire Bruce Wayne’s lifestyle and business. The secret vigilante of Gotham City is also an incredibly wealthy and successful businessman and this has been adeptly portrayed through the grand mansion of Wayne Manor.

Nolan used the famous Trump Tower, located in Manhattan, New York, as the headquarters of Wayne Enterprises in The Dark Knight Rises where Bane and his motley crew capture the company and a heartbroken Wayne is seen walking out of the tower while his car is being towed.

Nolan took to this London building, located at St. John Street, Clerkenwell, to shoot the Gotham City police department scenes. The building and the streets became a staple for the director who used the location for both The Dark Knight as well as The Dark Knight Rises. The adjoining St. John Street is seen during the chasing scenes that are etched in every DC fans’ mind.

Situated at 5000 Forbes Avenue, Pittsburgh, the university’s Software Engineering Institute was portrayed as the entrance to Gotham’s Blackgate Penitentiary. Filming took place on the western side of the building on South Dithridge Street where Bane releases all the prisoners, including Selina Kyle, in Christopher Nolan’s The Dark Knight Rises.

Carnegie Mellon University is a prestigious US university which has been a hub of excellence and learning in various interdisciplinary fields including engineering, science, computer science, business, social science, public policy among others.

One of the first outdoor shoots to be done by Christopher Nolan, was in Mehrangarh Fort, Rajasthan, India, before the crew flew to Pittsburgh.

It has been used to depict the exterior of the Pit, which is located in the ancient part of the world. After young Talia, daughter of Ra’s al Ghul, Bruce Wayne is the only other person who makes it out of the Pit in The Dark Knight Rises. After defeating Batman initially, Bane took Batman to the Pit and left him there to torture. The opening of the Pit was a well which the prisoner’s had to climb for their freedom. But whoever attempted it, met with a fatal fate.

The Queensboro Bridge, opened in 1909, connects Queens and Manhattan in New York. Also known as 59th Street Bridge, it has two levels and 10 lanes, passes over Roosevelt Island and is nearly 3,800 feet long.

The Dark Knight Rises had some of the most incredible action sequences that have become the highlight of the film. The bridge marks the entrance and exit of Gotham City and is left untouched by Bane. Later Blake (Joseph Gordon-Levitt) attempts to rescue some children but is interrupted by the police who destroy a section of the bridge. Scenes of heavy explosions and action sequences are filmed on this famed New York bridge.

Pittsburgh was one of Nolan’s principal shooting locations for his Batman trilogy. The famed Heinz Fields became the site of the incredibly powerful scene where Bane causes immense destruction resulting in the stadium to collapse during a match. He sets off underground bombs that usher in havoc and then announces his plans for the city. This makes for one of the most memorable scenes in The Dark Knight Rises.

Located at 100 Art Rooney Avenue, Pittsburgh, Heinz Field showcases the scene that has become one of the major highlights of the whole trilogy. The diabolic portrayal of Bane, the massive explosions, the game with so many people present there and the way Nolan shows the antagonist is something that fans go back to watch several times as it is a nerve wracking moment from the film.

Entertainment Film & TV The Batman DC Comics Movie locations dark knight rises
Trinetra Paul
Entertainment
Sign up for our newsletters to have the latest stories delivered straight to your inbox every week.

‘Stranger Things’ Season 5: All the details about the final season on Netflix