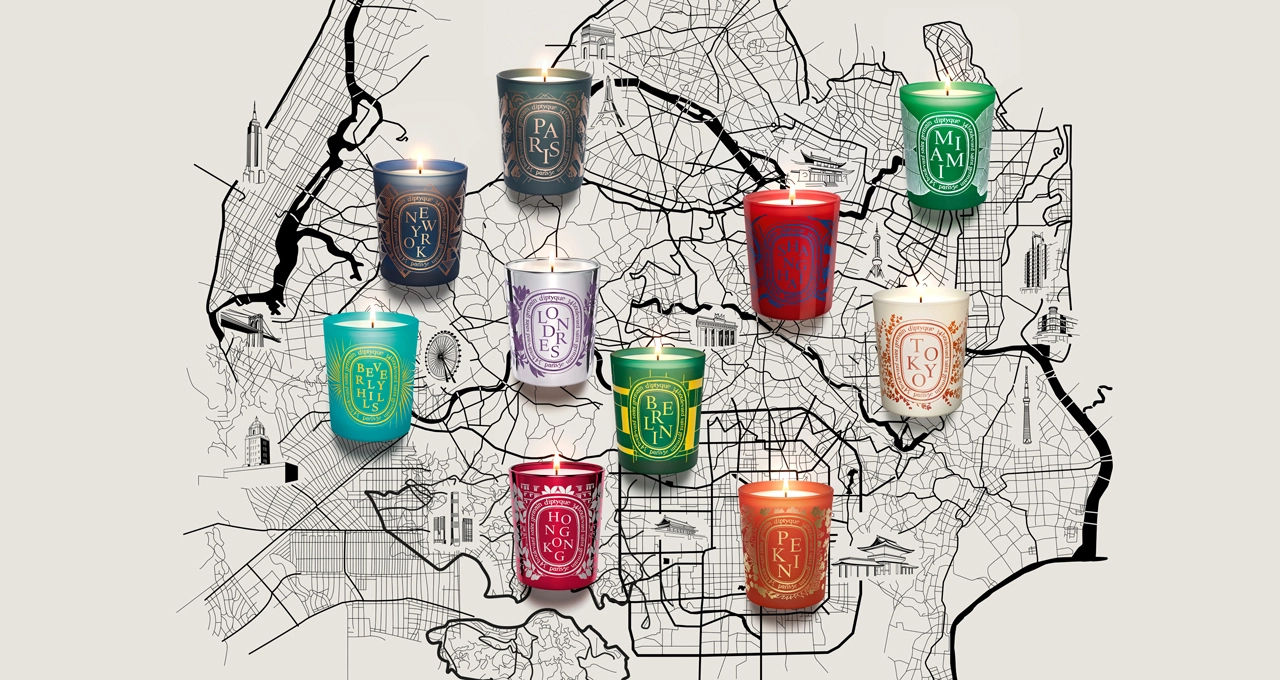 Travel borders might have opened up but if you’re still iffy about boarding that flight, you’re not alone. If you prefer to sit back but still want to experience your favourite destinations, you’re in luck, because Diptyque is offering its complete range of City Candles so you can travel the world without leaving your couch.

A purveyor of luxury candles since its founding in 1961, Diptyque has used its know-how in fine fragrances to craft some of the most sought-after (read: cult) candles in the world (read: Baies). Its City Collection follows the same concept, each of which take inspiration from a top destination and encompasses its very essence within an eye-catching jar.

The only caveat though, was that these city exclusives were only available in their respective cities. The Parisian brand, however, will do away with these “borders” by offering the full collection online and in boutiques from 21 April — 1 May 2022. Given their exclusivity, these City Candles will likely not be in stock for long, so get your wallets ready.

Below, a quick guide to each of the 10 Diptyque City Candles: 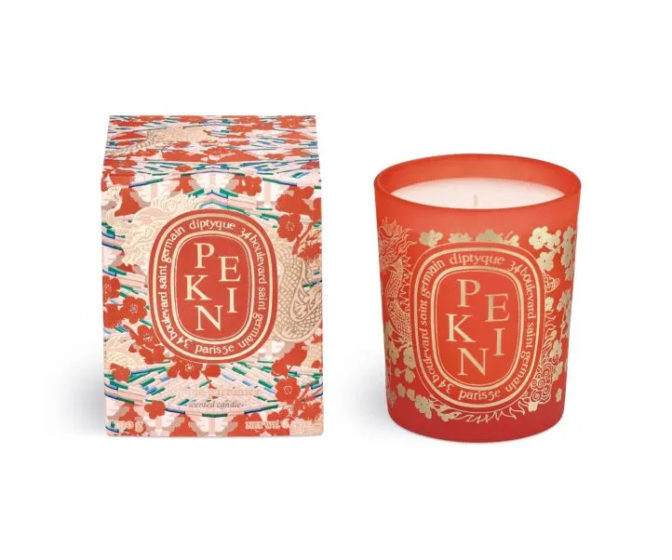 The latest to join the growing lineup is Pekin, a tribute to Beijing’s historical and majestic past. Here, the ancient city is represented by an elegant and mysterious floral woody accord, its complexity further accentuated by notes of aromatic green tea. Expect a bright red jar with gilded symbols such as the dragon and cherry blossoms. 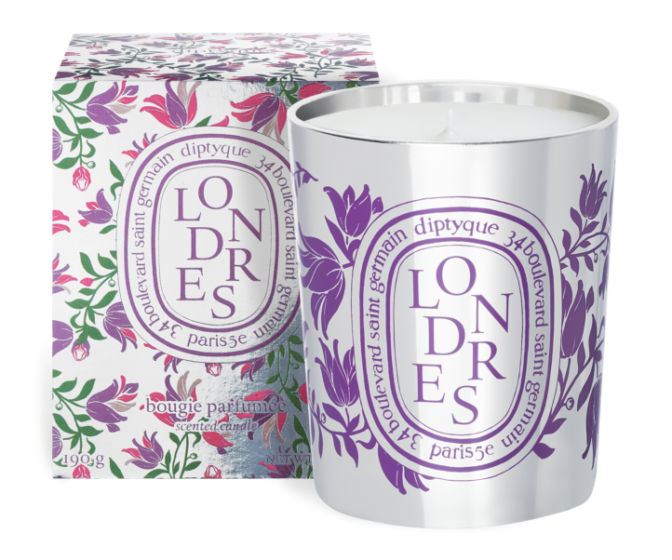 With notes of lilac, juniper, hyacinth, heliotrope, and a touch of spice, expect to be transported to the heart of Columbia Road flower market, one of London’s oldest and most well-known spots for gorgeous blooms. The quaint jar here comes adorned with wallpaper-like florals that bring to mind the brand’s historic Westbourne Grove boutique. 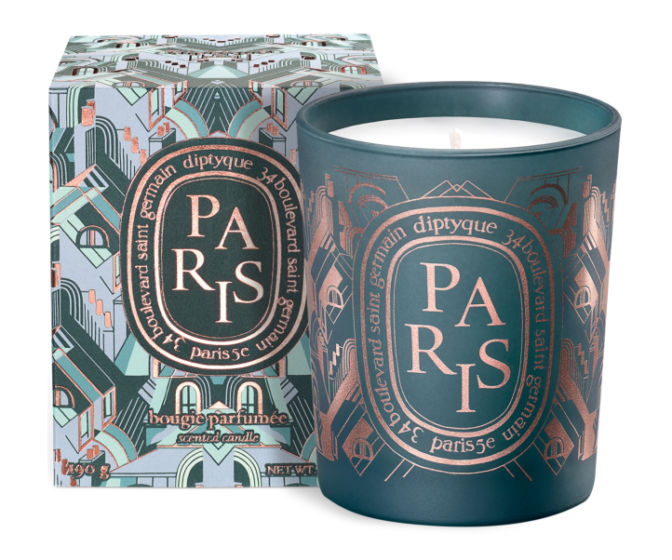 Step right into Paris’ charming Saint Germain with mysterious notes of chypre and delicate lavender. The emblematic district is immortalised on the jar here with an ornate pink decoration detailing the city from the sky — an homage to the romantic city of light as the sun sets. 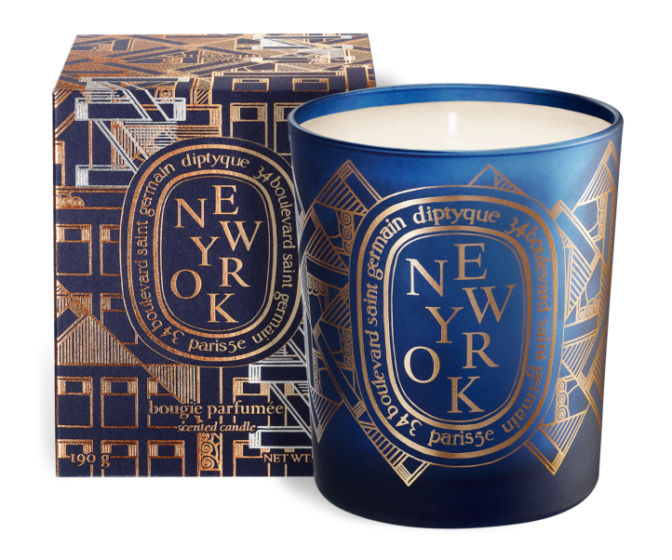 The Big Apple is brought to life with this delicious amalgamation of cedar wood, patchouli, incense, and vetiver, bringing to mind the glamorous speakeasies and contemporary nightlife that Manhattan has to offer. Housed in a midnight blue jar, this candle sports Art Deco motifs that are now synonymous with the city. 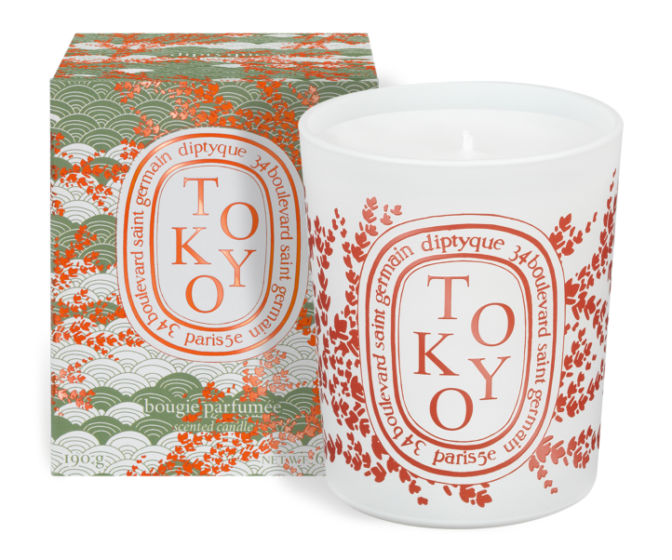 Experience the same enveloping calmness when walking into one of the city’s many shrines with this Tokyo city exclusive. Aromas of Japanese cypress trees are intermingled with the soothing notes of incense in this candle, which is packaged within a white jar with ornate red art depicting the beauty and harmony of Tokyo’s Yoyogi Koen and Shinjuku Gyoen parks. 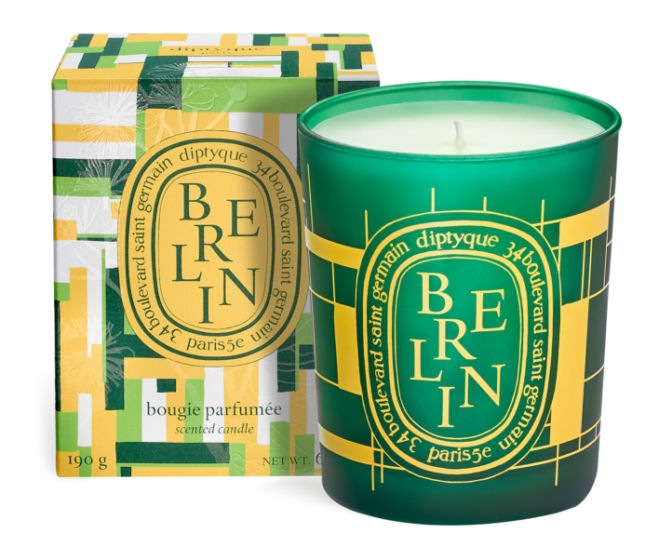 The heady scents of Linden trees are met by the sweet aroma of honey to bring you to one of Germany’s most prestigious avenue. Here, the jar is embellished with a Bauhaus design that’s inspired by the Brandenburg Gate, an 18th-century emblem erected at the entrance to former Berlin. 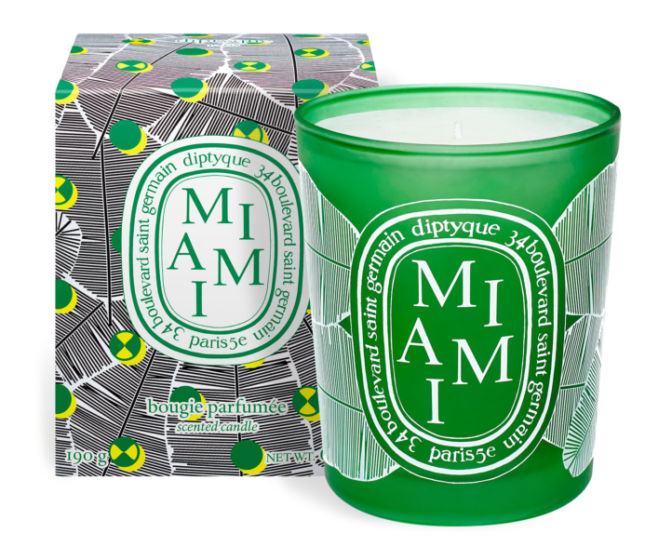 Like a mouthwatering slice of key lime pie — Florida’s signature dessert — the Miami candle boasts juicy citrus notes that are punctuated by the sweetness of magnolia blossoms. Get transported to the beach paradise even further with the jar’s design, which provides a bird’s eye view of tropical banana leaves and small beach umbrellas. 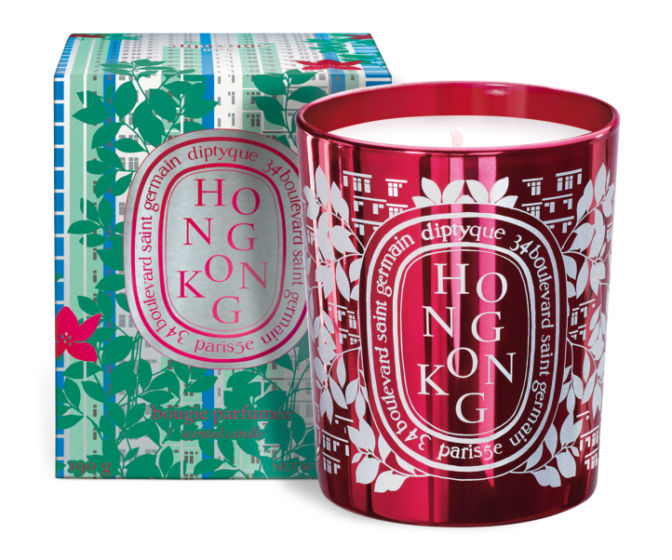 Might be a little hard to make a trip there right now, but the vibrance and energy of Hong Kong has been perfectly packaged within this candle. The scent here brings notes of the Bauhinia Blakeana (or more commonly known as the Hong Kong orchid tree), which also embellishes the metallic red jar. A floral vanilla accord accompanies this unconventional fragrance. 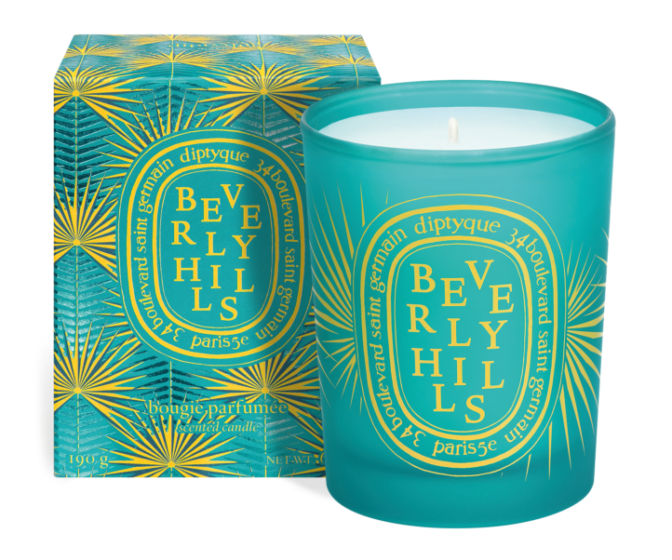 White flowers, mint, and lemon — it’s obvious you’ve stepped into one of Beverly Hill’s upscale locales for the weekend. The city’s palm trees and lush gardens are depicted on this psychedelic jar, which in itself is an homage to the famous Martinique wallpaper that’s used in the iconic Beverly Hills Hotel. 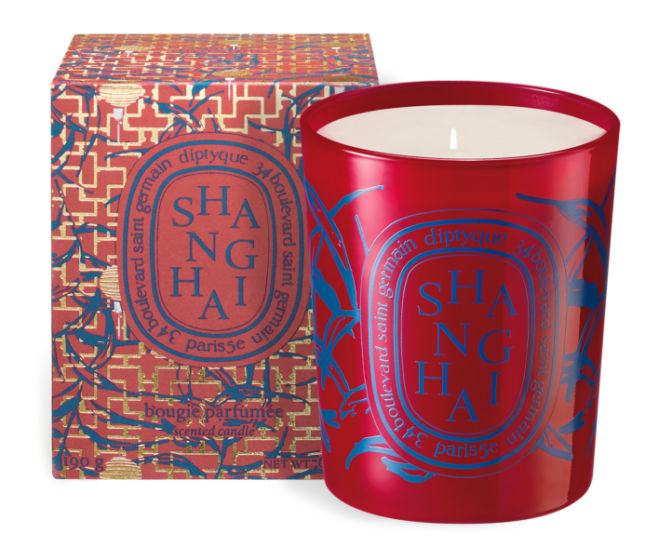 Like the sacred tea ceremony, this candle brings notes of osmanthus flowers and green tea to the room, offering a familiar respite to those who miss the disappearing Chinese tradition in this modern world. A deep red jar here is decorated with blue porcelain foliage, which is packaged within a box that’s inspired by Huxinting, Shanghai’s oldest tea house.

Diptyque luxury candles Home Fragrances designer candles
Shatricia Nair
Managing Editor
Shatricia Nair is a motoring, watches, and wellness writer who is perpetually knee-deep in the world of V8s, tourbillons, and the latest fitness trends. She is fuelled by peanut butter and three cups of coffee a day.
Motoring Wellness Watches Beauty Style
Sign up for our newsletters to have the latest stories delivered straight to your inbox every week.

The best (and worst) times to water your plants, according to gardening experts