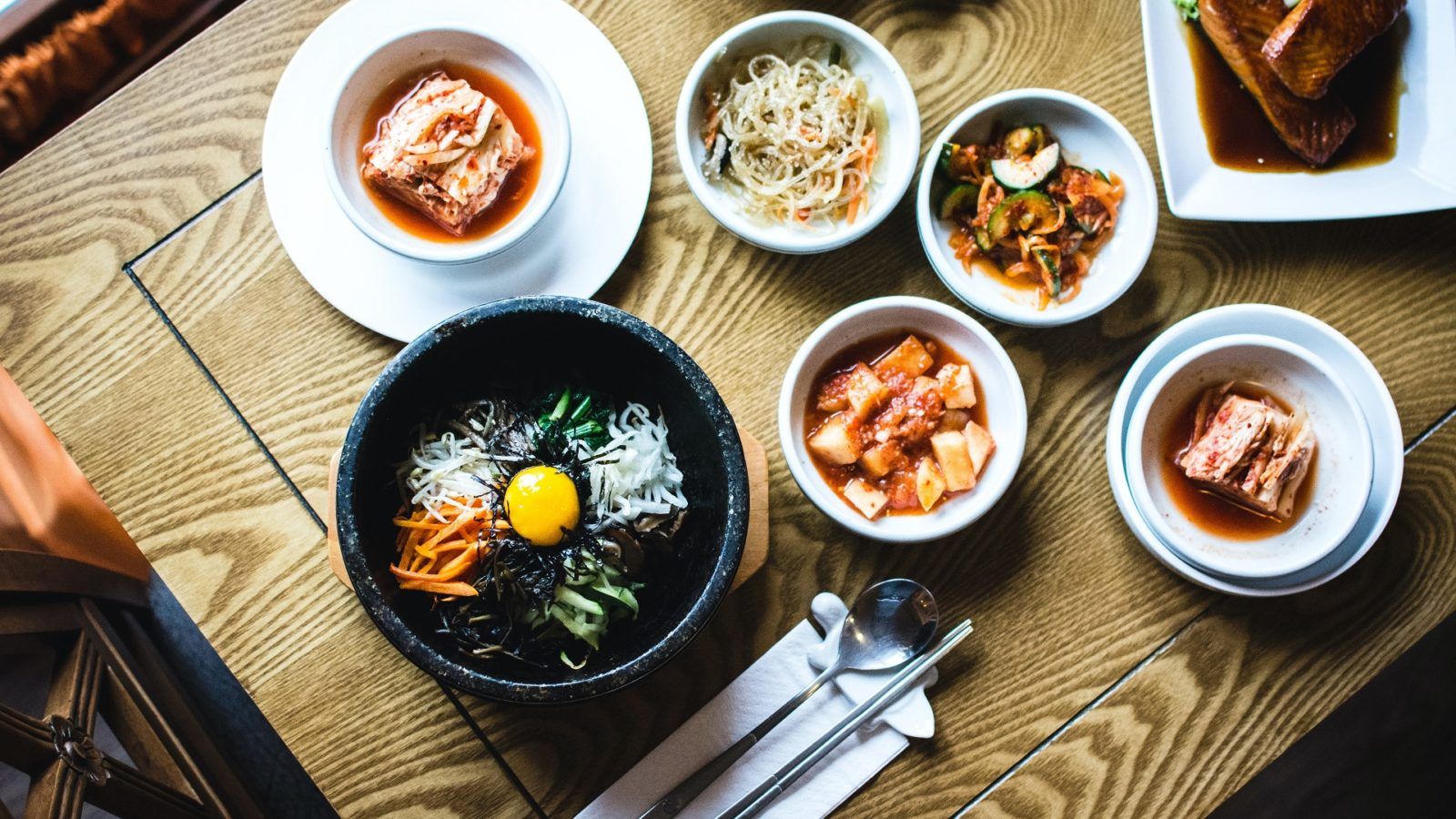 12 easy Korean recipes anyone can replicate at home

Korean dishes are a delight for both the soul and the stomach.

The unforgettable taste, unique preparation styles, and the right mix of spicy, sweet, and savoury have brought the cuisine of Korea to international renown. What’s more, many of these dishes are easy to make. Here are some of the tastiest Korean food recipes that you can prepare at home.

The side dish has been a staple in Korean homes for centuries and is so popular that there is a national festival around it — Seoul Kimchi Festival. There are many types of kimchi; there is Chonggak kimchi, which is made from ponytail radish, the Nabak kimchi, which is also known as mul (water) kimchi because of its soup-like appearance, and the Bossam kimchi, which is famous as the wrapped kimchi. But the one that is immediately understood when you say “kimchi” is the Tongbaechu kimchi, also known simply as Baechu kimchi or napa cabbage kimchi. This is the traditional one and easy to prepare. All you need is napa cabbage, radish, carrots, green onions and Korean red pepper flakes besides seasoning and paste ingredients.

Bulgogi literally means “fire meat”, and, like kimchi, it has several types. If pork is used, it is dwaeji bulgogi. If it is made with chicken, it is called dak bulgogi. And the one made with beef, which is what you see in the video below, is called mak bulgogi. In all cases, the meat is marinated in a mix of oil, sauce and other ingredients before it is grilled, which is the traditional way, or stir-fried in a pan.

Considered by many as one of the most delicious Korean dishes, bibimbap is a dish with rice as the base and topped with sautéed vegetables, sauce and meat or egg. Kimchi can also be added to the dish. Bibimbap is usually served in a bowl. Dolsot bibimbap is the name of the version which is cooked and served in a hot stone pot.

From exclusive restaurants to snack bars, this comfort food can be enjoyed at many different places in South Korea. It is a traditional dish of rice cakes smeared usually in spicy sauce. But those who don’t like spice can opt for a different sauce. Like other famous Korean dishes, tteokbokki also has numerous variants. There is tteokbokki containing seafood, one that is made with cream sauce, and another that comes in curry form. This dish can be paired with produce like scallions, fish cakes and boiled eggs.

Japchae is prepared with Korean glass noodles, that are made from sweet potato starch, and paired with an assortment of vegetables and seasoned meat along with the sauce. Did you know, noodles were not a part of the dish when it was invented in the 17th century? They were added a few centuries later and have now become one of the main ingredients. The perfect japchae has a balanced savoury and sweet flavour.

The traditional Korean dessert is also famous in other Asian countries, including Thailand. Bingsu is made of shaved ice available in different flavours — ranging from milk to strawberry to chocolate and green tea. It can be topped with fruit jams, fresh fruit and flakes among other things. When served with injeolmi (Korean rice cake) and red beans, it is called patbingsu.

Though ice shaving machines are used at professional eateries, you can make this sweet delight without one. How? Here’s the recipe that will help.

This Korean dish has its own story in the hit gangster flick Night in Paradise (2020). Mulhoe is made from fresh seafood dipped in freezing red pepper broth and is particularly enjoyed in summers. One of its most famous variants is Jeju island’s hanchi mulhoe, which has the local hanchi mitra squid in it. Rice or noodles feature in the Pohan variant.

Also known as ginseng chicken soup, Samgye-tang is known to be good for health. As the name suggests, it contains chicken stuffed with ginseng, garlic, ginger, jujube and rice. It is most popular during the hottest days of the summer season in Korea.

Pork bone soup — that’s gamjatang. Many South Koreans love this dish especially in the mornings to get rid of a hangover. Besides pork, the stew contains potatoes, perilla seed, some glass noodles and rice cakes among other ingredients.

This dish is a tasty Chinese import that got a makeover in Korea and now holds a special place in the hearts of single people. On ‘Black Day’, young Koreans who do not receive gifts on Valentine’s Day and White Day come together to eat this dish. The noodles are thick and its black bean sauce contains diced pork, vegetables, and a salty black soybean paste known as chunjang. It doesn’t take much time to prepare. You can do that in just seven minutes.

This iconic stew is hailed as one of the most famous dishes in Korean cuisine and consumed just about any day, any time. Its ingredients are as simple as the preparation of the dish. Doenjang, or soybean paste, is the primary ingredient. Throw in tofu, zucchini, mushrooms and beef, and cook. You are ready with a hot bowl of soul-satisfying stew which is also nutritious.

If pork gives you the feels, this Korean recipe is just the right thing for you. Boiled pork is eaten wrapped in lettuce or cabbage leaves along with any of the several side dishes including kimchi, shrimp and oyster. Pork shoulder is commonly used, but pork belly is also an option.

Recipes South Korea kimchi Content Hub Bibimbap Bulgogi Korean dishes
You might also like ...
Dish 1
Manas Sen Gupta
Manas enjoys reading detective fiction and writing about anything that interests him. When not doing either of the two, he checks Instagram for the latest posts by travellers. Winter is his favourite season and he can happily eat a bowl of noodles any time of the day.
Travel Culture Entertainment Food
Sign up for our newsletters to have the latest stories delivered straight to your inbox every week.

10 most expensive dog breeds in the world today