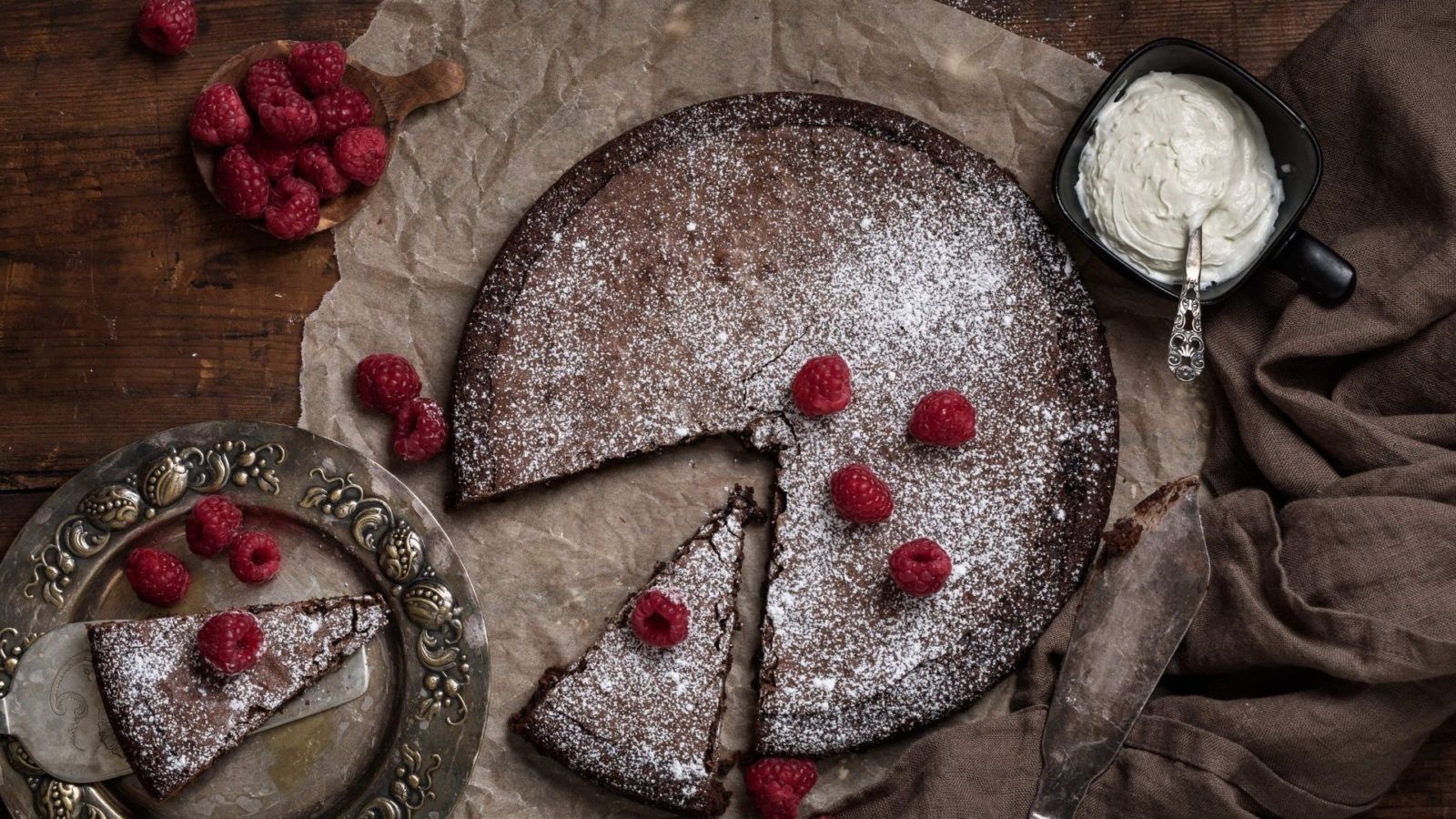 Love chocolate? Try these 8 unique dessert recipes from around the world

Living
Love chocolate? Try these 8 unique dessert recipes from around the world
Share this article
Next article

Chocolate has always been known to be a globetrotter. Legend has it that the beloved ingredient was first brewed into a foamy beverage by the Mayans and used as currency by the Aztecs before making its way to Spain through explorer Hernan Cortes. Soon, it found a place in the colonies of the Philippines and menus of the royal households of France.

Over the years, the nutty, mildly bitter, earthy notes of cocoa have been incorporated into numerous delectable desserts, with each country adding its own unique spin to the treat. We round up these unique chocolate dessert recipes that bring world flavours to your plate.

Taste the world through these unique chocolate dessert recipes

This beloved Brazilian dessert was believed to have been first created after World War II. The story goes that politician Eduardo Gomes, whose military rank was Brigaderio, decided to run for President and his campaign involved offering a sweet treat to the public.

Since milk and sugar were heavily rationed, a combination of cocoa, sweetened condensed milk, butter, and chocolate sprinkles were used instead. Today, the dessert is often served in paper candy cups or a small bowl and is quite popular with both adults and children alike. The best part? It’s easy to whip up.

Perhaps one of the most unique desserts around the globe, this decadent two-layer chocolate sponge cake recipe also calls for apricot jam and a chocolate glaze. The treat’s origins are credited to a 16-year old apprentice chef Franz Sacher, who crafted the confection to impress the Austrian State Chancellor Von Metternich and his guests in 1832.

The original recipe is believed to be a well-kept secret, accessible only to pastry chefs at the Hotel Sacher in Vienna. However, other classic recipes call for eggs, icing sugar, dark couverture chocolate, castor sugar, apricots, and flour. Serve your creation with whipped cream for an authentic experience.

Layers of chocolate, whipped cream, and cherries make up this decadent dessert recipe that’s quite popular in Germany. The cake may have derived its name from the Black Forest region of the country, which is known for its tart cherries and liqueur. Recipes are often passed down generations and the traditional version also calls for Kirschwasser, a cherry liqueur. That said when in a pinch you could switch this out for rum. For an authentic touch, garnish your cake with chocolate shavings and fresh cherries.

These popular Scandinavian treats are found at birthdays and Christmas markets and are slightly smaller than a golf ball. Although they look like truffles, they have their own unique flavour and texture. Their origin dates back to World War II when food rationing and wheat flour shortages pushed home cooks to be creative and look for substitutes.

Every bite offers a delicious blend of oatmeal (or leftover cake), sugar, coffee, cocoa, butter, vanilla sugar, and sprinkles (or shredded coconut). Rum, almond, vanilla, peppermint essence, as well as orange juice and freeze-dried berries, are common as well. The dessert tastes best when served along with coffee and doesn’t need any baking. Don’t forget to freeze your creation for an hour if you enjoy the harder variant of the sweet treat.

Porridge and chocolate are known to be comfort foods. Bring them together and you’ve got a warm hug in a bowl. Philippines’ Champorado is eaten as a snack or breakfast and needs just five ingredients – glutinous rice, tablea (chocolate disks), sugar, evaporated milk, and water. You could substitute the tablea with dark chocolate bars as well.

The origins of this recipe could be traced back to the galleon trade which introduced the Philippines to the flavours of Mexican hot chocolate. Locals over time switched out the masa in the original recipe for sticky rice for their own unique creation. Today, boxed mixes and special chocolate bars are sold in stores across the country to whip champorado at home. However, this recipe comes quite close to the authentic version.

While we’re on the subject of Mexico, we’d be remiss not to touch upon this unique fusion of the country’s popular desserts – chocolate cake and vanilla flan. The chocoflan is underscored by layers of the two sweet treats and a serving of caramel. It’s believed to have drawn inspiration from local flavours and the cuisine of the French, who settled in South America in the early 20th century.

Classic instructions ask for the cake mix to be poured in first and, over the baking process, the mix rises to the top as if by magic, giving the dessert its popular name, “the impossible cake.” The recipe calls for indulgent ingredients like evaporated milk, cream cheese, and eggs. Chillies and cardamom are added to the mix for a spicy kick.

Dense, sticky, and indulgent, this chocolate cake features simple ingredients like eggs, flour, sugar, vanilla essence, and coconut sugar. The recipe is straightforward and the payoff is a crispy exterior with a soft, gooey, brownie-like centre.

The origin of this cake is highly debated, but a popular theory states that it was created during World War II when baking powder was hard to find in Sweden. The name itself derives from the Swedish word “kladdig,” which translates to “sticky” or “messy.” Today, it’s quite popular across patisseries in the country. To cut through the richness of the chocolate, you could add a few berries, creme fraiche, or citrus fruits as a garnish.

Any chocolate roundup would be incomplete without Swiss treats. The country, known best for its dizzyingly large variety of chocolates, has a host of chocolate desserts to try – from cakes to puddings. The brunsli is one of the most popular of these, featuring across patisseries, advent calendars, and Christmas markets.

Its origin is believed to date back to the 1700s when chocolate cookies were featured at weddings and most other celebrations. The dense, rich, chewy cookies feature almonds, chocolate, orange zest, and spices. They’re also naturally gluten- and dairy-free!

Chocolate Chocolate Desserts
Eshita Srinivas
Eshita spends her days writing, rewriting, and thinking of things to write about. In the little time she has left, she daydreams about going on a solo trip across Asia.
Travel Food Drink Entertainment
Sign up for our newsletters to have the latest stories delivered straight to your inbox every week.

Your complete guide to cooking and baking with lavender

How to make bibimbap at home