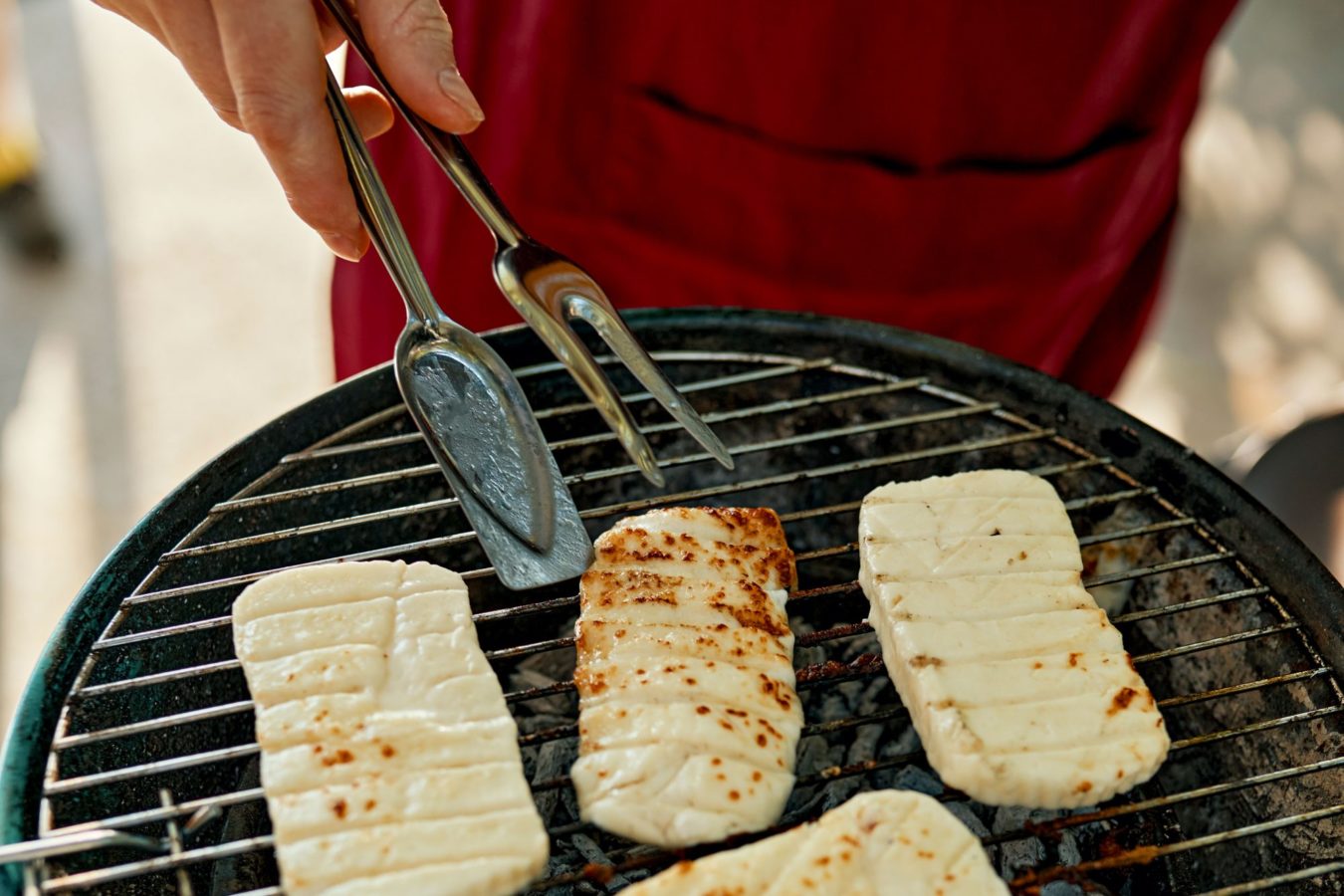 What are the best cheeses for grilling?

Living
What are the best cheeses for grilling?
Share this article
Next article

We’re not talking sandwiches here; instead, we’re talking about putting cheese straight onto the grill. It’s a stellar option for a meatless summer meal.

When you think about grilling, what comes to mind? Maybe it’s burgers and steak or an array of beautifully charred vegetables. One food we’re guessing that you rarely, if ever, think of grilling, though? Cheese. No, we’re not talking about grilled cheese sandwiches, but rather about cheese prepared on your outdoor grill. This cooking method brings new charred flavors and culinary possibilities to the dinner table. Grilling cheese is also a great idea for vegetarians, who are often limited in their options at cookouts, and it’s a lighter option for those super hot summer days when red meat just seems too heavy. Here’s what you need to know about grilling cheese this summer.

Related: 20 Things You Didn’t Know You Could Grill

Can Any Cheese Be Grilled?

If you’re planning on grilling directly on the grill grates, then no, you can’t use any cheese you like. Instead, stick to varieties that won’t melt too much-nobody wants their cheese oozing down through the grates!-but will give in a little bit to the heat. Your go-to cheeses would be in the bright and fresh category, the youngest of the cheeses, according to Jenn Mason, founder of Curds&Co., a fine cheese shop in Brookline, Massachusetts, and curdbox.com, a cheese subscription service.

Halloumi is probably the best known cheese for grilling, and that’s thanks to its high melting point. In fact, packaging often shows this cheese with grill marks, further showcasing its unique grilling abilities. According to Mason, it’s made similarly to mozzarella in that it’s stretched, but the resulting cheese is more like a curd in texture (somewhat “squeaky”). It softens and relaxes a bit once heated, making it a great grilling or frying option. Though you can keep it whole and grill slices of halloumi directly on the grill, Mason suggests cutting the halloumi into cubes and marinating first. It holds up well to skewering, so it would make a tasty addition to dishes like vegetable skewers.

Not only famlous on TikTok, feta is an ideal option for the grill, too. You can marinate a full block overnight (or even a full day before), then grill it whole. Just be sure to not cut or stir it; “the more you touch it, the more it’s prone to crumbling,” warns Mason. Once grilled, you can serve it whole with grilled bread or crackers, or cut/crumble it and add it to a salad. Paneer has similar properties to halloumi and can be grilled whole or on skewers, and, like feta, it is a great cheese to marinate beforehand. Once grilled, it makes a tasty addition to many vegetarian dishes, and it could be served atop a light, summery dinner salad.

JuustoleitÃ¤, or “bread cheese” as it’s referred to in Wisconsin, is also a great option for grilling. In fact, it’s often packaged with a browned exterior, emphasizing its ability to stand up to grilling or stir-frying. Like halloumi, bread cheese can be grilled in larger whole slices or cut into smaller cubes. According to Mason, bread cheese relaxes and softens when heat is applied, but it doesn’t run or stretch.

Believe it or not, Brie can also be grilled, and in the summer, it’s a great way to “keep the heat out of the kitchen but still do something showy” if you’re entertaining, Mason notes. After placing a wheel of Brie on the grill, you will want to pay careful attention to it (this is not the time to take a phone call). When shopping, try to get a young and small Brie (the smaller the better, Mason suggests, because you want to get it on and off the grill as quickly as possible), and keep it on the grill for two to five minutes per side max (when its typically-straight sides start to look plump, it’s ready to be removed). Take it off the grill to a serving dish to keep it contained, so it doesn’t collapse. And serve with grilled bread or crackers, jam, and/or fresh grilled stone fruits for an impressive summertime spread.

There’s also a new cheese option for grilling, Rougette BonÂ·fire cheese. It was developed to be a grilling cheese and has been gaining popularity in Europe where it is produced. It doesn’t stick or melt, which are major perks when it comes to grilling. There are two different varieties; one is soft-ripened, mild, and creamy (similar to a small Brie), and it can be added atop a burger, served as its own patty for vegetarians, sliced into salads, or added to skewers, suggests Flynne Wiley, CEO ofÂ Champignon North America, Inc. The other variety is a marinated grilling cheese that’s semi-soft and pre-marinated in herbs and oil; it has a similar look and feel to halloumi, she notes, but is creamier and less salty.

When marinading cheese to grill, Mason recommends sticking to smoother ones rather than chunky marinades that have large pieces of vegetables or other ingredients-chunkier marinades are more prone to fall off the cheese and into the grill. The longer your cheese marinates, the more flavor it will impart; so if you want the marinade to fully permeate your cheese, give it a full day; if you only want the exterior flavored, an overnight marinade should suffice. Keep in mind that for cheeses that can be cut ahead of time, marinating smaller pieces will provide more surface area for that flavor to permeate–and in a faster period of time.

Bring cheese to room temperature before grilling; if it goes on the grill cold, the outside will get too dark before the inside is warmed through, Mason advises. And just like preheating a pan on the stove, you want to make sure your grill is hot in order to get a good sear quickly. You also want to oil the grill or brush oil directly on both sides of the cheese to prevent sticking.

Lastly, Mason recommends having both tongs and a spatula handy (make sure they can withstand grilling temperatures) to help you flip and remove the cheese swiftly and neatly. If you love the idea of grilling cheese and want to invest in a new tool to make it that much easier and mess-free, Mason suggests checking out the Boska Cheese Barbeclette ($9.99, food52.com), which allows you to heat your cheese on the grill, but not directly on the grates, expanding your cheese grilling possibilities so you can use other, meltier cheeses that wouldn’t be able to withstand the grill grates. Alternatively, you can use a cast iron skillet on the grill to heat your cheese (a particularly good option for Brie, which is most prone to melting out).

Why you should consider buying bamboo sheets

How to make the Boracay Old Fashioned, according to Korea’s best bar in 2021

15 grilled dishes everyone should know how to make, according to chefs