Home > Living > People > Relishing the green way: 10 celebrities who are vegan or plant-based 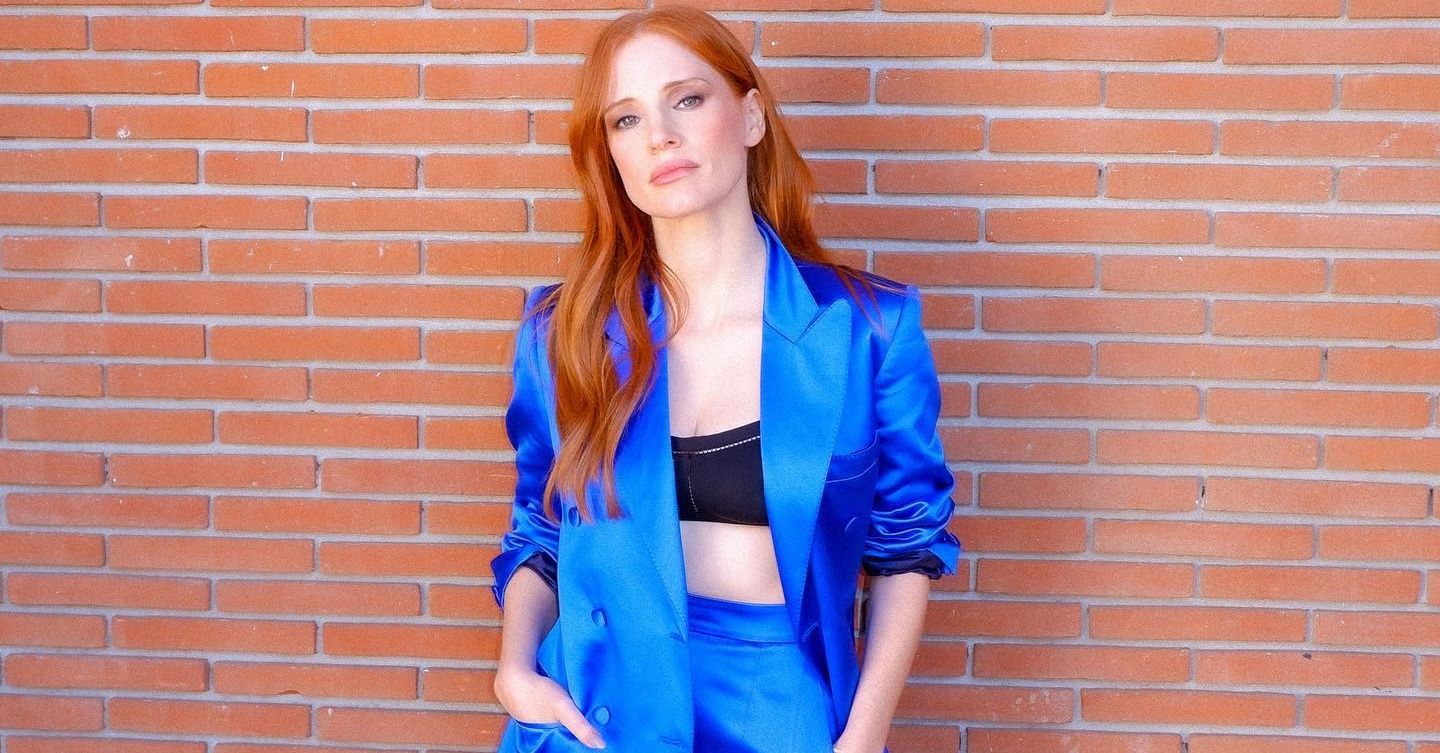 Living
Relishing the green way: 10 celebrities who are vegan or plant-based
Share this article
Next article

Veganism is a practice of avoiding the consumption of products like meat, fish, dairy and eggs to “exclude — as far as is possible and practicable — all forms of exploitation of, and cruelty to, animals for food, clothing or any other purpose.” Here are some of the most famous vegan or plant-based celebrities you should know.

The difference between vegetarians and vegans is that while the former may consume dairy products, the latter steer clear of animal products by opting for a strictly plant-based diet.

As more and more people are adopting the vegan lifestyle, celebrities too can’t stop raving about this plant-based diet. Many of them have cited ethical, moral, health and environmental concerns to go vegan.

From Natalie Portman to Ariana Grande, here are 10 celebrities who are vegans and don’t shy away from endorsing their environment-friendly lifestyle to the masses.

Raised as a vegetarian, her decision to go vegan wasn’t a tough call for singer-songwriter Billie Eilish. In a 2018 YouTube series, she shared: “Becoming vegan wasn’t like a huge deal for me because meat was never a thing in my life. It wasn’t like I missed meat — it wasn’t like I had something to miss.”

Answering questions from actress Halle Berry and other famous fans during a 2021 interview with British Vogue, Eilish was quite vocal about her way of life. She said, “I am vegan. I’ve been vegan for, damn, seven years.”

Speaking about the ethics of the meat and dairy industry, the singer said, “Once you know that kind of thing and you see it, it’s really hard to go back,” adding, “even though I have lots of friends that eat dairy and meat and I don’t ever want to tell anybody what to do, I just can’t go on in my life knowing what’s going on in the animal world and like, not doing anything about it.”

The Baywatch (2017) star shifted to a plant-based diet to enhance his physical and mental well-being.

Both Joaquin Phoenix and wife Rooney Mara follow a plant-based lifestyle. He went vegan at three.

Sharing the same in a 2018 candid chat with Collider, he said: “Really it was seeing these fish being killed when I was on a boat as a kid. They were catching fish, and I guess to stun them they were throwing them against the side of the boat. I just had a profound strong reaction. It felt like a real injustice.”

Phoenix added, “I think it made me distrustful, and angry, and frightened of humans, humanity. I just thought it was such a gross abuse of power in a way. I think that during that moment we knew that we were not going to eat meat anymore. We said to our parents, ‘Why didn’t you tell us?’ It’s amazing. I remember my mom’s face, I remember her crying. She didn’t know how to answer. It became very obvious we weren’t going to eat meat anymore.”

Not once to mince his words, the Joker (2019) star quite openly criticised the dairy industry during his Oscar acceptance speech in 2020. He urged the audience to adopt a greener lifestyle, support animal rights and reduce the suffering of animals.

In a 2013 Twitter post, Ariana Grande opened up about her plant-based diet and wrote: “I’ve eaten organically since I was little and always kept meat minimal but today marks my first day as a 100% Vegan!!!! Joyous day”.

Talking about her reason to adopt a vegan diet, Ariana Grande told Mirror in 2014: “I love animals more than I love most people, not kidding. But I am a firm believer in eating a full plant-based, whole food diet that can expand your life length and make you an all-around happier person. It is tricky dining out, but I just stick to what I know — veggies, fruit and salad — then when I get home I’ll have something else.”

Talking about the power of cinema, it was a documentary on slaughterhouses that convinced her to go from being a vegetarian to opting for a plant-based diet. The actress-dancer has been vegan since the age of 10.

In a 2018 conversation with Women’s Health, she said: “The next day (after watching the documentary) I said ‘I’m never eating meat again’. It just stuck. I feel good about it morally and physically.”

Vegetarian since the age of nine, the talented Natalie Portman credits American actor Tobey Maguire for helping her follow a vegan lifestyle.

Addressing a group of 16,000 students in 2018 on WE Day — a gathering of youth activists held in Los Angeles, US — Portman said: “Dairy and eggs don’t just come from cows and chickens, they come from female cows and female chickens. We’re exploiting female bodies and abusing the magic of female animals to create eggs and milk.”

The actress has been a vegetarian on and off as a kid. However, it was in 2011 when she found it impossible to consume meat or any other animal product and has been vegan since. She has endorsed a vegan diet on several occasions and chooses to avoid animal products in her wardrobe as well.

Speaking to Coveteur in 2018, she said, “I’ve been a vegetarian on and off since I was nine… On and off only because my parents told me I was a picky eater and wouldn’t always let me. Then, about seven years ago, someone sent me this horrible undercover video of a pig, which led me to another horrible video and another horrible video. I went down the YouTube rabbit hole.”

While in her 20s, the Interstellar (2014) star had started feeling a little low on energy. That’s when she turned into a vegan — it was 2005. Her vegan diet helped her feel healthier and energetic, and she has been a vegan since then.

Her vegan diet helped her feel healthier and energetic and has been a vegan since then.

Sharing the same with W Magazine in 2017, Jessica Chastain said: “I realised the shellfish I was eating was high in cholesterol, and my diet was not helping me out, so I changed that thing, and then I found myself going to veganism because a friend of mine had a two-week vegan food delivery program she wasn’t going to use so I used it, and immediately I just had more energy than I’ve ever had in my life.”

A plant-based diet changed things for the better for her, and she never went back to consuming animal-based products.

Talking about a two-week vegan food delivery programme she undertook, Chastain shared: “Then when I finished it, it wasn’t like I’m going to be vegan. I went to the restaurant and I ordered fish and risotto and immediately I felt bad, like not emotionally but physically, and so I said okay, I’m going to just listen to my body now. Being vegan was not anything I ever wanted to be. I just really was listening to what my body was telling me.”

Joining the vegan celebrities bandwagon is another superstar, the versatile actor-musician Jared Leto. The 49-year-old star credits his youthful appearance to being vegan.

In a 2013 interview with GQ, he had said: “It’s probably just down to sleep and diet. If you travel long haul a lot or don’t sleep much, it’s not going to last very long, that’s for sure. I’m pretty healthy so I think that helps a lot. I’ve been that way for a long time – 20 solid years of eating vegetarian/vegan and taking care of myself. That probably helps the preservation process.”

The actress adopted a vegan diet due to environmental reasons but soon started noticing its health benefits too.

“I adopted this diet for the animals, but the biggest surprise was how amazing I felt! I ditched my asthma inhaler, stopped my weekly allergy shots, lost weight, and had a new glow from my skin and hair. I felt incredible from having more energy and balanced out moods. This way of eating transformed me. Since then I have not needed caffeine, aspirin, or antibiotics. My body healed itself by being plant-based,” she shared in a 2014 interview with Food & Wine.

Dining People Wellness Vegan Ariana Grande Jared Leto Rooney Mara Zac Efron Jessica Chastain Billie Eilish Joaquin Phoenix
You might also like ...
11267607-4774625286092580-1
Priyanka Lamba
It was while pursuing her degree in computer applications, when Priyanka decided to set her sights on content writing (talk about realisation and serendipity). In her spare time, she is either found immersed in books or movies.
Food Entertainment Culture Travel
Sign up for our newsletters to have the latest stories delivered straight to your inbox every week.