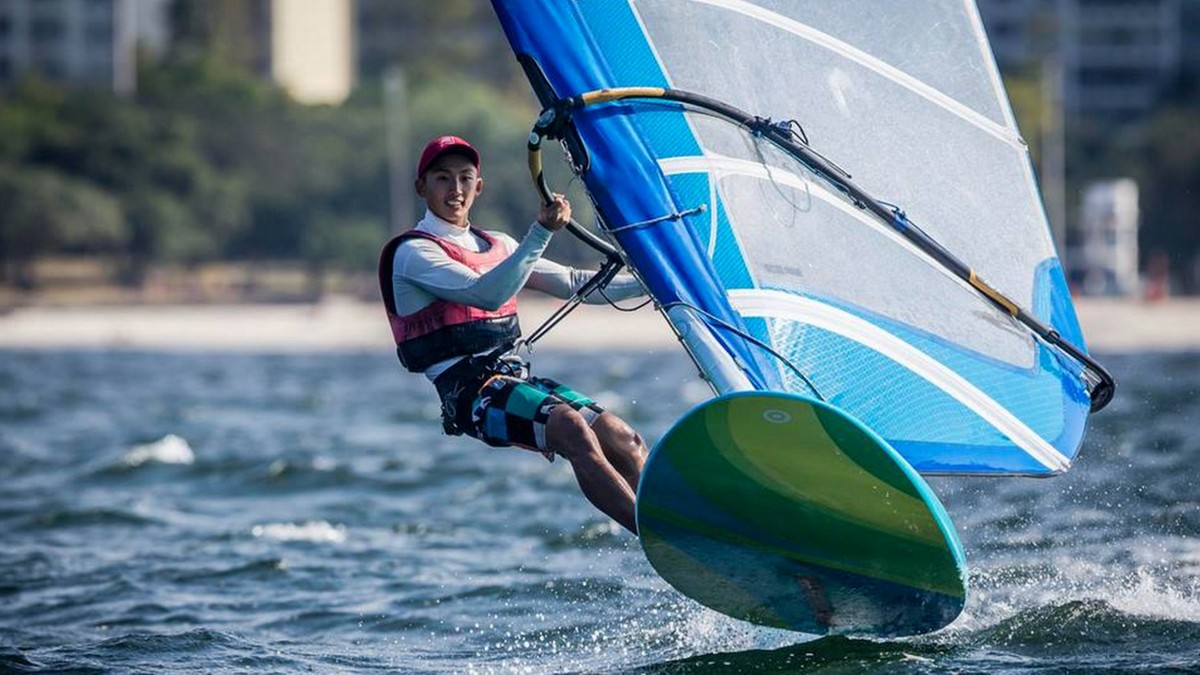 5 Singapore Olympians to watch at Rio

Most of us know about swimming stars Joseph Schooling and Quah Zheng Wen. And of course, we’ve applauded table tennis hotshot Feng Tian Wei, who was up on the podium in Beijing and London and is expected to achieve stellar results once again.

But with 25 athletes representing Singapore across seven sports, there are plenty of other personalities we should be aware of. Here, we’ve put the spotlight on 5 Olympians from sailing, athletics, rowing, badminton and shooting who are doing their bit to push our nation up the ranks.

Sailing is the sport to watch this year, with a record 10 athletes making up Singapore’s biggest team in history. The first Singaporean windsurfer to compete in the Olympics since 1984, Leonard Ong switched into the RS:X event from the Optimist class over a decade ago because of his hunger for a quicker pace. He compares the thrill of windsurfing to zooming away in a Ferrari — except that he gets to leave his problems on land and be one with the sea.

Leonard believes windsurfing’s popularity has suffered in Singapore because it is the most physically challenging of the sailing disciplines, so he views his Olympic appearance as a way to inspire interest and uncover talent for the sport. Although he admits that taller and heavier windsurfers may have an advantage over Asian physiques due to better leverage against the elements, he is confident that his cardio training and technique will help him hold up against the world’s best.

While rowing is still unfamiliar to many in Singapore, Saiyidah Aisyah is determined to develop the sport and be a champion for women to achieve their sporting dreams. Over 12 years of grueling work, she’s had to fork out her life savings and start a crowdfunding campaign to keep her training going. Her efforts are finally paying off with this Olympic milestone.

The first rower to represent Singapore in the Olympics, Saiyidah has already battled her way into the quarter finals of the women’s single sculls. Despite choppy waters that threatened to flood her craft, she placed third in her heat and achieved a timing that places her 16th out of 32 participants — surpassing her original goal of ranking in the top 24. Take a break from the National Day Parade to watch her compete.

Teo Shun Xie started her shooting career fairly late, only picking a pistol up at the age of 17 when rejected from her college’s tennis team. A decade on, she has brought the Olympic shooting team strength up to two for the first time since 1964. She’s also the reigning SEA Games and Commonwealth Games champion for the 10 metre air pistol — but unfortunately bowed out of the qualifiers at Rio on Sunday.

While nerves may have got the better of her in her first event, Shun Xie is gearing up to pull through in the 25 metre pistol. Be sure to cheer her on, even if just in spirit.

TeamSG flagbearer Derek Wong featured at the previous Olympics in London and is back again, though this might be his last appearance at the games. After 10 years of playing professionally, the 27 year old is concerned about the strain that the vigorous training has left on his body and mind. But the shuttler is taking the pressure of Rio in his stride — no stranger to major tournaments, Derek sees the Olympics as just another competition in which to strive for victory.

Facing world number one Lee Chong Wei in the group stages, Derek has quite the challenge ahead of him. But he’s ready to devote all his focus and energy to do Singapore proud. After all, if this will be his last hurrah, he’d better go out with a bang.

The wildcard at this year’s games is 100 metre sprinter Timothee Yap. Although Calvin Kang remains Singapore’s fastest active sprinter, his wildcard spot at the 2008 Olympics meant that he was ineligible for a repeated selection. So Timothee is determined to make the most of this opportunity and show his worth in representing the nation.

He acknowledges the large half second gap between his best timing and the qualifying 10.16 seconds that nearly all of his competitors would have attained. But Timothee emphasises that once the pistol is fired, he will be completely focussed on going strong and finishing the race well. After all, the mantra of young people these days is to “go hard or go home.”