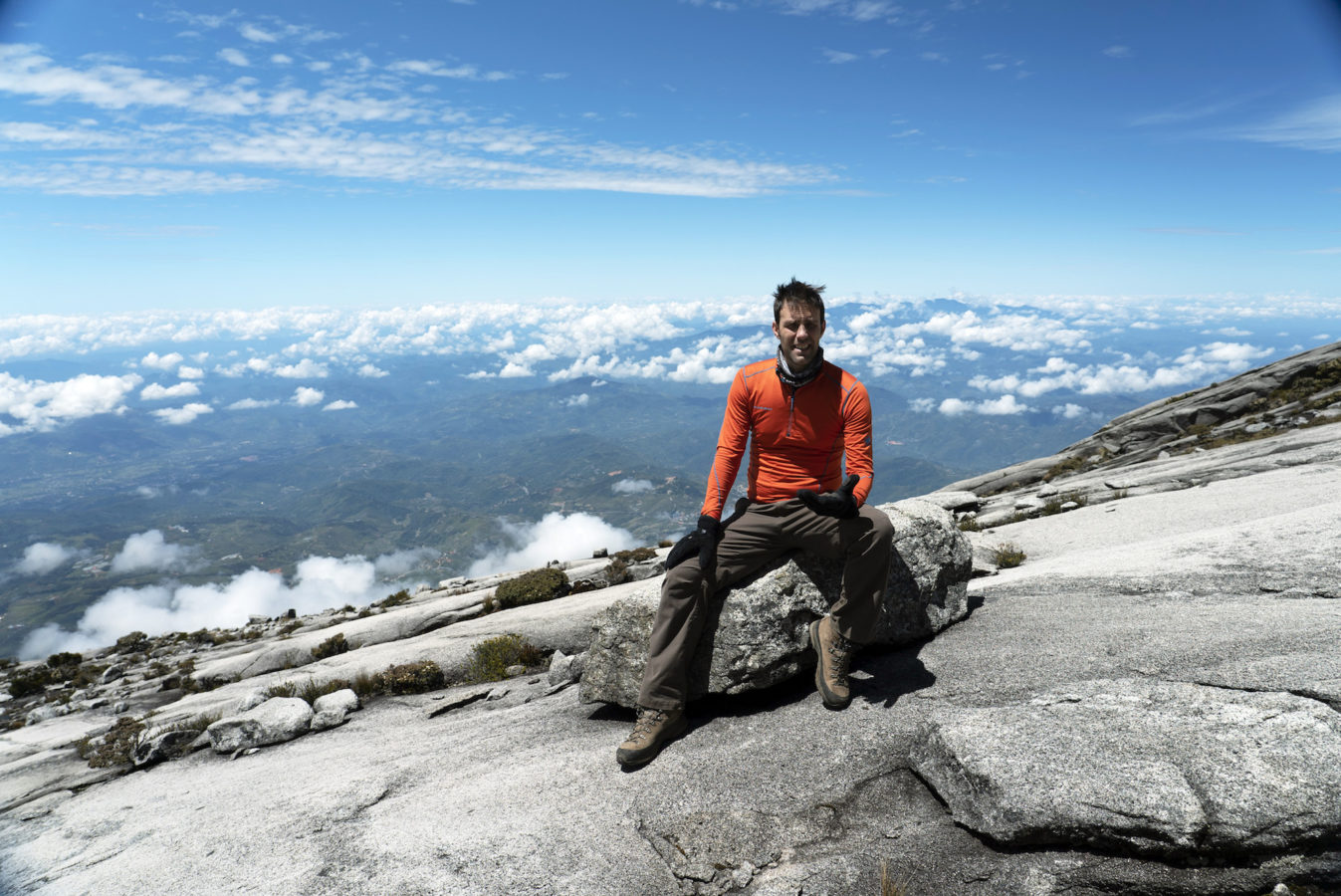 Adventure isn’t a word we’d loosely throw around during these times, but Ryan Pyle knows a thing or two about making the little things count.

Make no mistake, the Toronto native is used to life on the fast track. He’s probably spent more time travelling through time zones on aeroplanes than sitting on the couch at home. After all, Pyle is not only an award-wining documentary photographer, television presenter, and producer, but also an extreme adventurer, who has spent a good part of his life chasing down the toughest terrains around the world to conquer.

Like us, he’s had to hang up his wings temporarily while the pandemic runs its course, but he hasn’t let his homebound days in Istanbul hamper his thirst for new experiences. Besides learning to play the guitar and nursing a kitten back to health, Pyle has also started ‘COVID Calls’, where he speaks to friends and colleagues in the industry to discuss current affairs and travel.

Now that we’re all about living vicariously, his new travel series, Expedition Asia, should make for good wanderlust remedy. The new Discovery Channel docu-series (which premieres today) will see him explore some of the greatest overland journeys the region has to offer, from the untouched Badain Jaran Desert in China to the historic Turkestan Circle in Kyrgyzstan. For something a little closer to home, he also takes on Malaysia’s highest mountain, Mount Kinabalu, whilst making plenty of local friends along the way.

We speak to Pyle about his unusual career, his favourite adventure destinations, and how he’s coping with the pandemic.

I graduated from the University of Toronto in 2001 and then moved to China with nothing. I taught English and learned how to take pictures and write and eventually worked as a journalist for 10 years, writing for publications like Time, Newsweek, Forbes, Fortune, New York Times, Wall Street Journal, Financial Times and the Sunday Times Magazine. In 2008 and 2009 when the financial crisis pretty much wiped out publishing, I moved into television and made my first television series in 2010 by riding a motorcycle the entire way around China. The six-episode, 30-minute series was called Tough Rides: China and I set a Guinness World Record for the longest motorcycle trip within one country without backtracking or overlapping. I’ve had an amazing career since then.

What is it about travelling and exploring that you enjoy the most?

I just love to learn new things, see new things, and meet new people. Through that process I learn a lot about myself, I can feel myself growing and becoming a more understanding and tolerant person.

How did you transition from avid traveller to extreme adventurer?

I think the transition happened when I started understanding that I was able to sustain my own personal discomfort for long periods of time; if I was able to be uncomfortable, cold or hot, for an extended amount of time, I could really get out and explore some remote places and venture even further off the grid. Once I figured that out, I based my entire film and television career on this.

How has the COVID-19 pandemic interrupted your travel plans this year?

My travel is my work. I travel about 300 days a year and spend about 250 days filming. I also do about 50 speaking events, and all of that requires me to get on an aeroplane, so my work this year has been put on hold. Until we can travel again freely, I think the entire travel television production world is going to have a very challenging time.

How are you coping with wanderlust since the lockdown? Have you taken up any other hobbies since?

I am learning how to care for a rescued kitten that I found while learning how to play the guitar. I am also making a lot of online content. I’ve started ‘The COVID Calls’, which is an Instagram Live public chat that I have with my friends and people in the film, television and creative industries. They’ve been great and they are all on my YouTube Channel.

What are you looking to achieve mentally and physically after the pandemic is over, and what are you doing now to prepare for that?

I’m doing my best to keep as mentally and physically fit as possible. My goal is that at some stage later this year we can get back to work. I do two daily workouts per day and I am staying mentally engaged by creating new adventure show concepts so that I can be busy again when we can start working

As a sustainability advocate, what are some of your plans to commemorate World Environment Day on 5th June and what can people do to appreciate nature more?

I think World Environmental Day is a great day to work from home, ride a bicycle or walk to work if you can, and do your own small part to take a little pressure off the environment.

What are some of the most valuable lessons you’ve learnt over the course of your travels?

Always remember you are a guest. Always say please and thank you. Never assume your way is the correct way. Be humble, learn and listen. Be open to other points of view, and don’t assume that everyone agrees with you. Lastly, always smile.

Your new travel series, Expedition Asia, uncovers some of the best treks in Asia. What are your top three destinations and why?

I love episodes and adventures that break stereotypes of what people think exist in that country. Choosing my favourite three is nearly impossible, I love them all.

Having said that, I had so much fun exploring Mount Apo in the Philippines. It is the highest mountain in the country at almost 3,000m above sea level, and on that last summit push up the mountain I had a winter hat and gloves on. I had no idea that the Philippines could get that cold, but the views were incredible. It was such a beautiful climb.

Then there’s China where we trekked across the Badain Jaran Desert in the western part of the country, and we walked about 130km across a stunningly beautiful desert. I love big desert treks and my guide Hassamong didn’t speak any English, but we had a wonderful time and built a very strong relationship. Another episode that I really enjoyed filming was Mongolia — big wide open spaces, incredible grasslands, a crazy snow-covered high pass and a magical summit climb to end it all.

Have you experienced any particularly precarious situations during the filming of the series?

By far the most challenging moment while filming Expedition Asia was getting caught in a four-day snowstorm in the western Himalayas just outside of Manali in India. It was a very challenging but surreal moment.

How has the pandemic changed your perspectives on travel and your work?

I love my work, but the future of my career and the freedom with which I travelled around the world is in jeopardy. I do worry about my camera operators, my editors and my music composers and my producers who are without work during this time. This global pandemic has had a massive effect on the film and television industry.

Has the pandemic also affected you mentally? If so, how?

Yes, I think the pandemic has affected everyone mentally. I used to travel a lot, filming and doing speaking engagements, but I’ve been stuck in Istanbul for eight weeks now. While I’m thankful to be healthy and fit, I can’t help but feel like a caged bird at times. The uncertainty of it all can be quite stressful.

Do you believe that adventure can take place anywhere, even during unprecedented times like these?

Yes, I do. I rescued a kitten a few weeks ago and even though I am on lockdown I am raising a baby kitten that was nearly dead when I found him. Adventures are everywhere.

Interview People covid-19 extreme adventurer Ryan pyle
Shatricia Nair
Managing Editor
Shatricia Nair is a motoring, watches, and wellness writer who is perpetually knee-deep in the world of V8s, tourbillons, and the latest fitness trends. She is fuelled by peanut butter and three cups of coffee a day.
Motoring Wellness Watches Beauty Style