The hurdles of working in the financial industry have often been likened to climbing actual mountains, and rarely do people conquer both. Unless you’re Paul Valin. The hulking (we bet he stands at above two metres tall) French entrepreneur may strike an intimidating figure up close, but his gentle disposition reveals one of a calm, analytical man — traits required to scale new heights both in and out of the office.

As Founder of Samara Consulting and Partner of Ginseng Capital with 10 years of experience in investment banking and corporate finance advisory around the world, Valin was perfect for our second instalment of interviews with the extraordinary members of The Great Room. He’s been based in Singapore since 2010, and his time on the sunny island has seen him accomplish transactions in sectors such as education, hospitality, Med-tech, and everyone’s favourite buzzword today: FinTech — short for financial technology.

But when Valin isn’t at his desk crunching numbers for cross border mergers and acquisitions, he’s picking out mountains to scale, and his next one might literally be his biggest yet. In the midst of planning his second attempt at conquering Mount Everest this April, he tells us about his passion for mountain climbing, how a life-threatening experience changed him, and, of course, his thoughts on FinTech for 2018.

Living
The future of influencer marketing, according to Brave Bison’s brand solutions manager 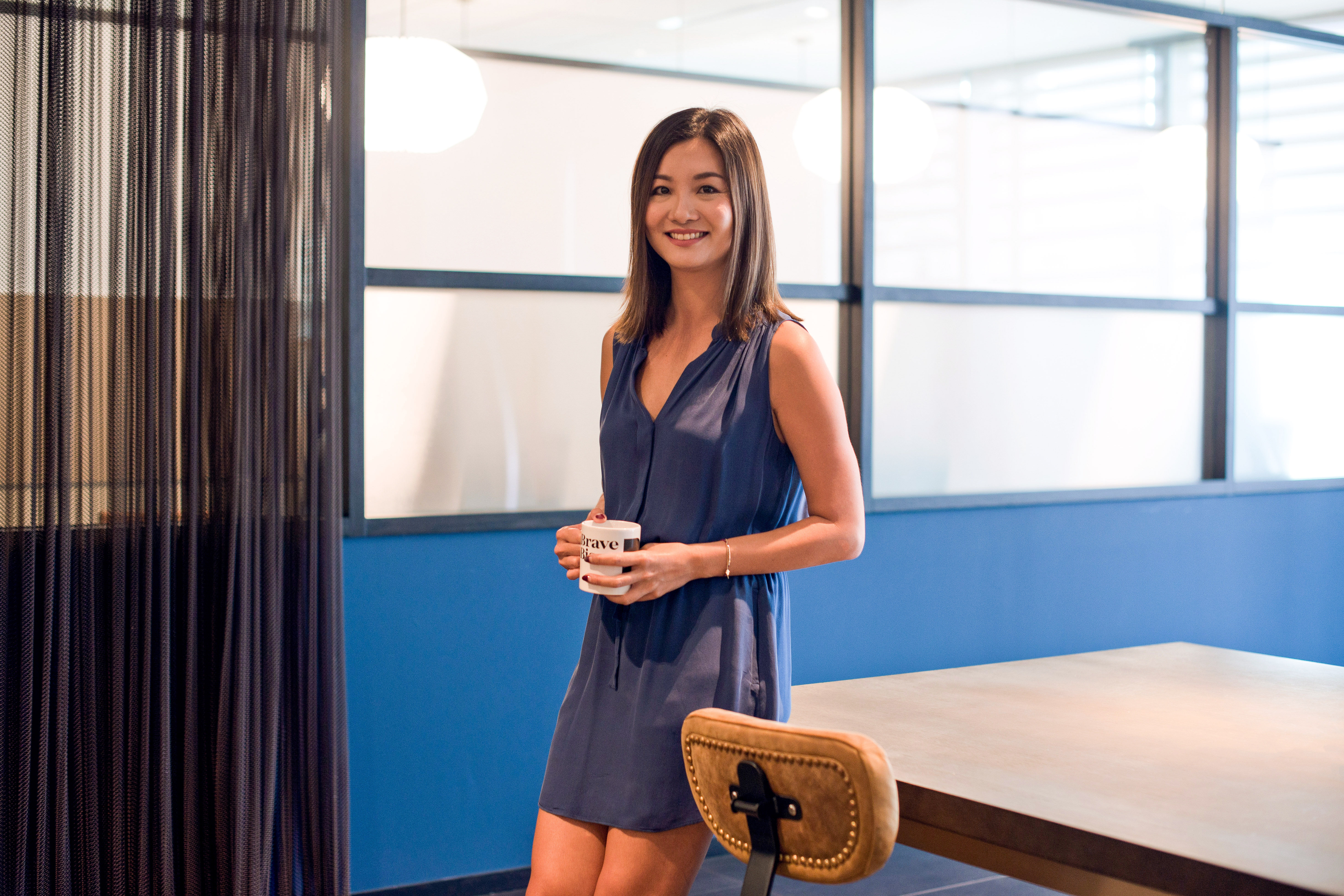 What got you into mountain climbing?

I started mountain climbing when I was six or seven years old, when we’d go to the Pyrenees in the South of France every summer and winter as a family. I loved the experience, and Mount Everest has been a dream since I was a kid.

You’ll be taking on Mount Everest again this April. Is that the best time for mountain climbing there?

Yes, and in fact, it’s the only time you can attempt to conquer her. The climate’s in your favour during that period, when the winds are not too strong. You’ll also need to be there six weeks earlier to acclimatise yourself.

What type of training are you doing to get yourself prepared for the big climb?

I play a lot of rugby. I don’t do high altitude training because I feel it’s just a marketing tactic. Acclimatisation requires weeks before the actual climb, so whatever high altitude training you do now will be lost after a few days. I believe doing cardio and high intensity training such as Crossfit works the best, and I play rugby for both pleasure and training purposes. I also swim and surf a lot; they help me control my breath, and train my body to work with less oxygen.

What do you enjoy the most about mountain climbing? And which is the most satisfying mountain you’ve conquered?

The unparalleled beauty of mountains, and the challenge. It’s a long journey up, so it’s especially gratifying when you reach the summit. Conquering the Mount Gelas in the South Alps was the most rewarding experience for me. It wasn’t too high but it was very difficult because my partner and I had a few issues. Even though the mountain was only 3,200 metres high, we had altitude sickness because we started from very low. We also got lost on the way down, so the journey was a long one even though we were only supposed to be gone for 10 hours. What turned out to be a one day trip ended up becoming almost 30 hours, so it was satisfying when we completed it successfully.

Are there any lessons from mountain climbing that you’ve brought into your business?

As an entrepreneur, I like to take on challenges, so there are many aspects of scaling mountains that have inspired me in my business. When you start a company, you’ll face setbacks and you’ll need a lot of passion to complete the journey step by step — just like in mountain climbing. I’ve learnt many times to never give up and to try my best, and that makes it especially rewarding when I reach the summit, or finish projects successfully.

Have you ever thought about giving up on any of your journeys up a mountain?

Oh, yes of course, many times. You feel very small in front of a big mountain, so you have to be very humble. I’m quite reckless when it comes to the sport and I like taking risks, but you also need to be alert and aware of your surroundings. The climate and terrain always change, so you need to be able to make quick decisions.

You had a close brush with death at Mount Everest in 2014 when an icefall hit an expedition near base camp. What lessons has it taught you?

Like I said, you need to be very humble. Unfortunately, 13 sherpas died only a few hundred metres away from the base camp where I was that day, and the Nepalese government decided to close the mountain after this tragedy. What I learnt is that you need to respect everyone and the mountain, and then to move on and become stronger. It took me a few months following the incident to move on, and after four years I finally feel ready to go back and try again.

As a financial expert, what do you think are the biggest trends for investments this year?

I work in a financial advisory in the private equity space, both on Growth and Venture capital, so I’m quite active in Fundraising and Sellside advisory in the region. I think the Private Equity trend is looking promising in Southeast Asia. Countries like Indonesia, Vietnam, and the Philippines are really attracting a lot of capital from around the world, so I’m trying to ride this wave to find capital for my clients that want to grow their companies. I foresee a very good outlook for 2018.

Any plans in the pipeline for this year?

Despite being busy with a few fundraising assignments, I am also co-founding a FinTech Micro Lending business and a Last Mile Delivery Logistic company. It’s going to be a busy year for me.

Speaking of FinTech, what are your thoughts on it?

FinTech is an amazing growing sector. I would say it’s going to drive a lot of private equity investments in Southeast Asia this year. It has already happened last year and I believe it’s going to surge further. The middle class in developing countries such as Indonesia needs access to financial tools, and financial inclusion is a key priority for governments. Seventy-five percent of the people there don’t even have bank accounts, so digital financial apps are really benefiting these people and their work.

But why should the average person care about FinTech?

It’s encroaching into their day-to-day life. To put it simply, you can pay for everything with an e-wallet or any app, and even withdraw money using your phone anywhere, including the most remote and rural areas, so that’s really where the outlook is the best for FinTech.

Do you see any Mergers and Acquisitions trends for FinTech this year?

I think Indonesia is a fantastic playground for FinTech companies; Go-Jek just acquired three companies over there. A lot of capital is floating in Indonesia at the moment, so I’m sure it’s going to be big there.

Mike Horn. He’s a South African-born Swiss professional explorer and adventurer who has been inspiring me a lot these past few years by all his amazing achievements. After giving away the fortune that he made when he was younger to his family, he started from scratch again in Europe, where he focused on becoming one of the best adventurers today. I’ve read a few of his books, and learnt that despite all his achievements, he still remains very humble.