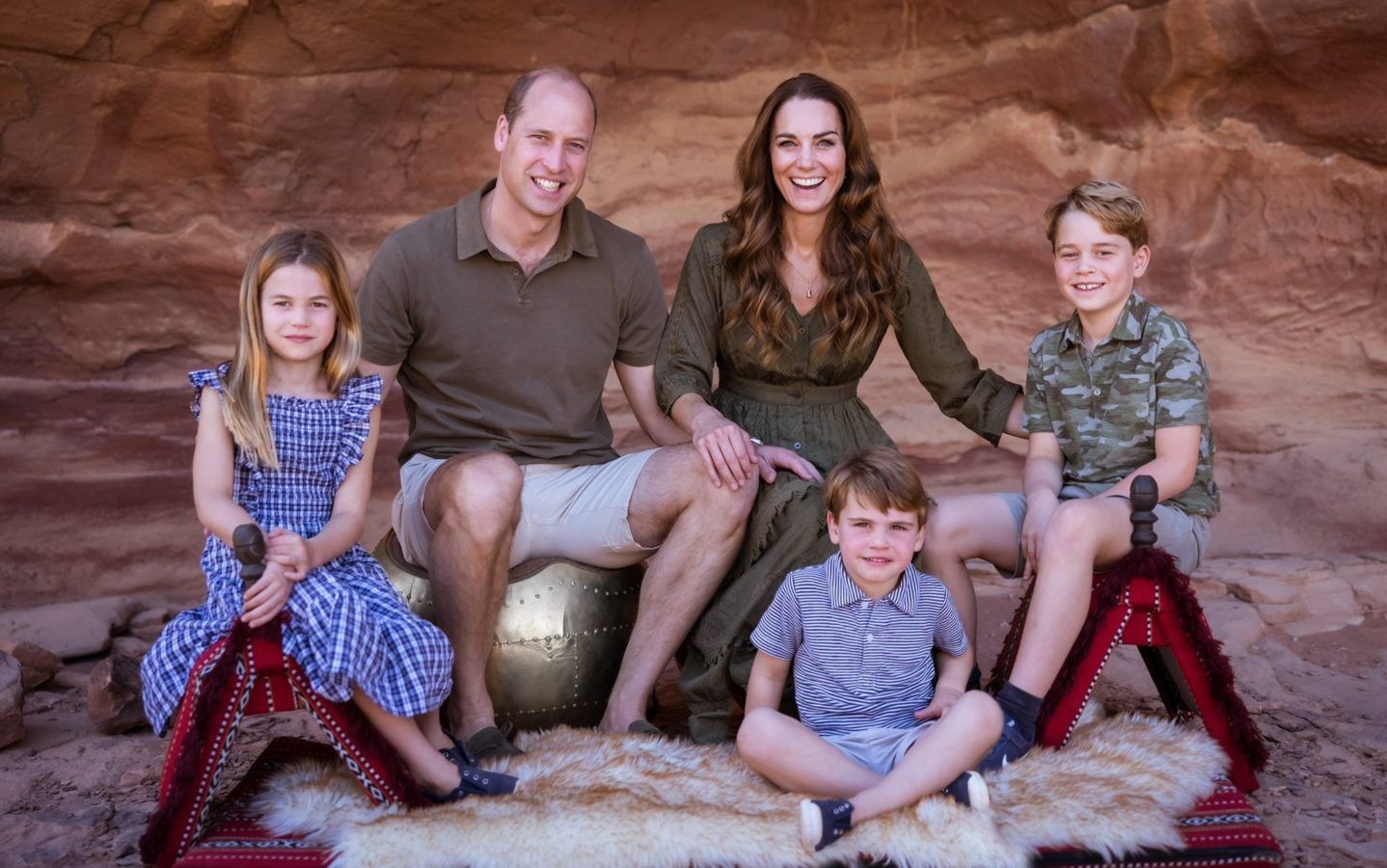 ‘Tis the season for festivities and merry-making. Preparations are in full swing with streets, homes, shopping malls and every other place being decked up to welcome Christmas.

From feasting and exchanging gifts to decorating the Christmas tree, visiting friends and family and being generous, we all have our way of celebrating this joyous festival.

Such is also the case for some of the royal families around the world. While they partake in adhering to old traditions, decorating their palatial residences and Christmas trees, and sending signed Christmas cards, many royal families also show their generosity towards the people of their country by throwing parties for children and spending the holidays with dear ones.

From the royal families of Britain and Norway to those of Spain and Belgium, here’s how they spend Christmas:

Every year, the British royal family gathers at the Queen’s country estate in Norfolk — Sandringham House — for Christmas and New Year.

On 25 December, the members of the royal family attend the morning service at St. Magdalene Church, and traditions say only married women can join in the service. The only exception was made for Meghan Markle in 2017. The Duchess of Sussex and Prince Harry spent Christmas with Markle’s mother in California, US, in 2019.

Most royal celebrations leading up to New Year are held at the grand Norfolk estate. The Queen, along with the late Prince Philip, would send over 750 Christmas cards to friends, family, British government officials and members of the royal household. The Royal Christmas Card bore a family photo and was signed ‘Elizabeth R’ and ‘Philip’ along with their official cyphers.

Additionally, the Queen’s pre-recorded Christmas speech is broadcast on Christmas Day at 3 pm every year, a tradition that was started by her grandfather, King George V, in 1932 and since then has been an intrinsic part of British Royal Christmas traditions.

The Duke and Duchess of Cambridge, Prince William and Kate, too, send out their personal cards.

When it comes to feasting, the royals enjoy a hearty and lavish dinner. Roasted turkey, cookies and good-old gingerbreads are a must. The palace staff is treated to some delicious puddings. The Queen pays for over 1,500 puddings, which are distributed among all staff in the palace, including the palace police and those in the Court Post Office.

Numerous gifts are handed out to family and staff on Christmas Eve. The gifts are laid out on trestle tables to be exchanged within the family at teatime. However, the Queen hands out gifts to the children personally.

Preparations for this year’s Christmas at Buckingham Palace are underway. Though the Queen is under strict supervision of doctors who have requested her to rest, the entire family will gather at Sandringham House.

Reportedly the Duke and Duchess of Sussex, Prince Harry and Meghan Markle are also planning to travel to the UK with their children Archie and Lilibet.

Blending traditional Norwegian Christmas customs with those of Sweden, Denmark and the UK gives a unique vibe to Christmas celebrations at The Royal Palace in Oslo.

Instead of celebrating the day at the palace, King Harald and Queen Sonja travel to “Kongsseteren”, also known as the ‘King’s Shieling’ or The Royal Lodge, in Holmenkollen. The private residence serves as the perfect place for the monarch to celebrate the festivities.

The royal family gathers at The Royal Palace for a Christmas photo every year, and Princess Ingrid and Prince Sverre usually help decorate the Christmas tree there. Princess Märtha Louise, who is the eldest child of the King and Queen, gathers for the family photograph too, which is used in official Christmas cards.

The Christmas lunch is a grand affair. Continuing the King’s Danish heritage, the family feasts on grilled baby pork, which was introduced by King Haakon VII, King Harald’s grandfather.

In pre-COVID-19 times, grand concerts used to be held at The Royal Palace as part of a mega event. In 2011, the family invited a host of Norwegian artists to perform in the Palace Chapel, which was telecast. Last year, the King and the Queen isolated themselves in the palace.

Fun fact: Since 1947, Norway has been sending a grand over 65-feet-tall spruce Christmas tree to the UK every year, and it lights up Trafalgar Square. According to the London Embassy, it is a tribute to Britain’s support for Norway during World War II.

When Christmas follows hard on the heels of a traditional native festival, the celebrations even get bigger.

Christmas for the Dutch royal family is a rather busy time. King Willem-Alexander and his three daughters Princesses Alexia, Catharina-Amalia and Princess Ariane travel to Queen Máxima’s native place in Argentina.

The family typically stays at the gorgeous Villa La Angostura in Buenos Aires and visits the local sites. However, like everyone else, even these royals were affected by the pandemic. King Willem cancelled 2020 travel plans and was in the Netherlands with his family for the festivities.

Exchanging presents doesn’t happen exactly on Christmas but in the first week of the month during the ‘Sinterklaas’ celebrations, which take place on St. Nicholas’ Day. Though this is changing, and the family indulges in exchanging gifts on Christmas Day.. Similar to Queen Elizabeth II, King Willem pre-records his Christmas address, which is broadcast on the state channel.

The Netherlands observes official state holidays on both 25 and 26 December, referred to as the first and second day of Christmas, respectively.

Nestled along the beautiful coastline adjoining France, Monaco in itself is a place out of a postcard, and the Monégasque royal family’s Christmas traditions are filled with fun and festive fervour.

Prince Albert II, the head of the House of Grimaldi, along with his wife Princess Charlene celebrate Christmas with a tradition that his mother, Princess Grace Kelly, started almost 60 years ago.

Children aged 5-12 are invited to a Christmas party at the Palace of Monaco. In fact, Prince Albert II wore a festive tie for the occasion and is also known to dress up as Father Christmas for the party. The royal couple, along with their two children Prince Jacques and Princess Gabriella, joins the revelry.

Not just that, the Christmas celebrations are laced with many activities, including circus, magic shows and screening Disney cartoons. The children get to speak and interact with the ruling monarch.

If intimate and warm family celebrations are what you have in mind for Christmas, the royal family of Spain does it like no other.

Handwritten cards for all near and dear ones are released with King Felipe VI and Queen Letizia’s signatures.

Their daughters Princess Leanor and Princess Sofia wake up to find beautiful presents under the Christmas tree, and then the family hosts a grand lunch on Christmas at the Zarzuela Palace in the company of King Felipe’s parents King Juan Carlos and Queen Sofia.

Like the British royal traditions, King Felipe’s Christmas message is pre-recorded and broadcast on Christmas Day. The day is typically followed by a family lunch.

Festivities for the royal family carry on till a few days after New Year, which concludes with an Epiphany on 5 January.

A rich cultural tradition fused with music and other festivities is what the December holidays for the royal family of Belgium are. The beautiful country lights up and dazzles during Christmas and the royal festivities add to the merry-making.

Typically, Christmas Eve is celebrated with the palace doors opened for a grand Christmas concert hosted by King Philippe and his wife Queen Mathilde. Their children — Princess Elisabeth, Prince Gabriel, Princess Eléonore and Prince Emmanuel — too, participate in the musical evening. The Royal Symphonic Band of the Belgian Guides put on a scintillating performance, which is telecast live.

The youngest in the royal family, Princess Eléonore, performs an essential traditional duty of accepting the ‘light of the peace’ from a boy scout. The tradition dates back to 1986 when the Austrian Broadcasting Corporation founded the ‘Light of Peace from Bethlehem’ as a Christmas tradition to remind all of the message of peace from the nativity of Christ. A specially chosen child receives the light from the holy site and then it is carefully spread across various countries- not only by person but also through various organisations like the Scouts. Belgium joined the list in 2018 and since then the light has been brought to the country as a custom.

On 7 December 2020, the Scala Choir performed in the richly decorated Royal Throne room in the Royal Palace of Brussels with Princess Eléonore playing the violin and Prince Emmanuel at the saxophone. The photographs released showed the choir all masked up and physical distancing being given utmost priority because of the COVID-19 pandemic. Additionally, the members of the Scala choir were seen separated by barriers.

Christmas dinner british royal family Royal Family christmas 2021
Trinetra Paul
An ardent foodie, Trinetra seeks every opportunity of travelling and writing. Storytelling and slam poetry are her go-to jam. Her lazying around ideas includes binge watching and whipping up some snacks or searching the next place to visit.
Sign up for our newsletters to have the latest stories delivered straight to your inbox every week.