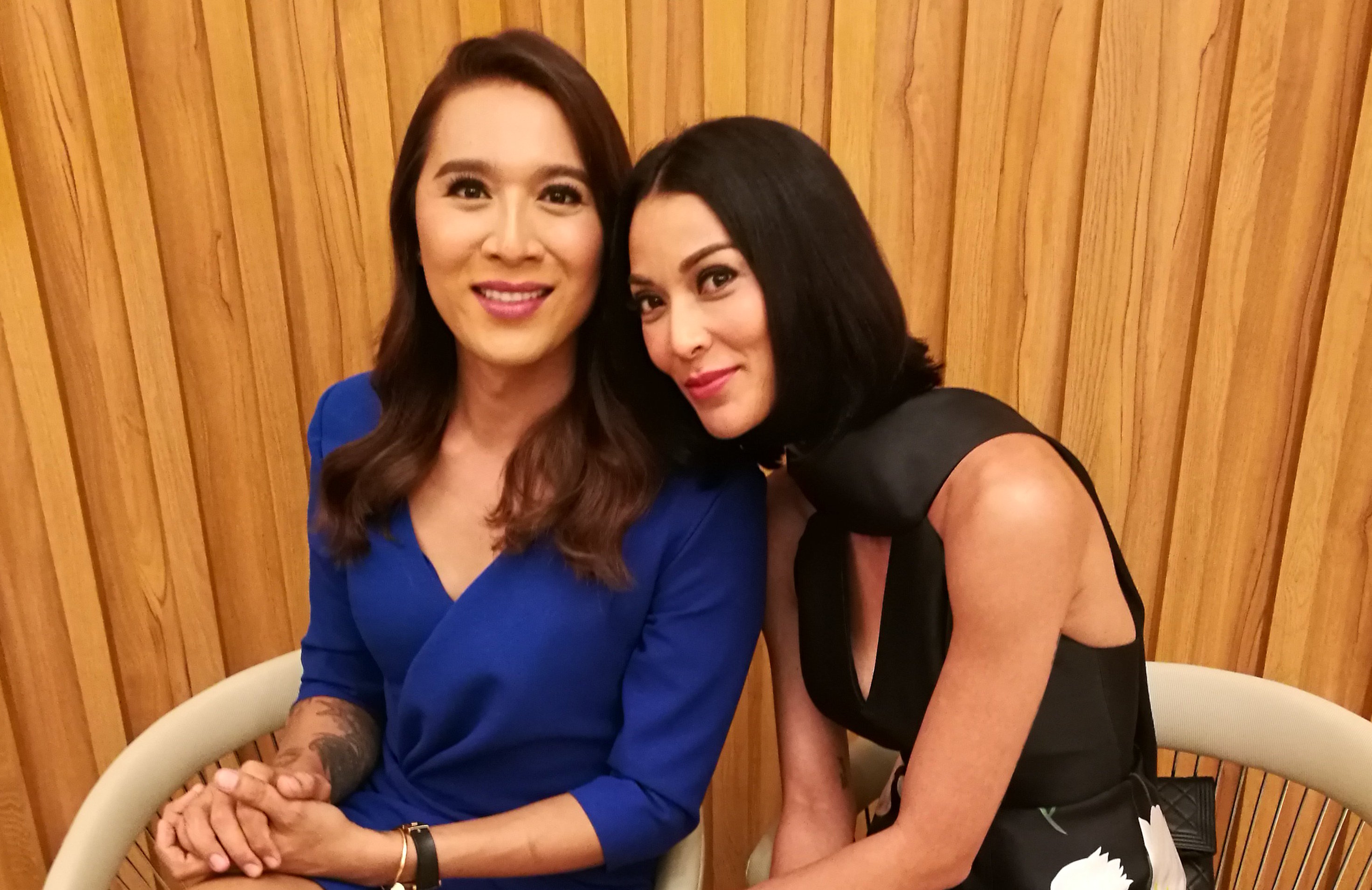 Q&A: Joey and Angelina Mead King on transitioning and their upcoming documentary

Living
Q&A: Joey and Angelina Mead King on transitioning and their upcoming documentary
Share this article
Next article

What do you do when your partner says he wants to be a woman? This is a question Joey Mead King had to navigate when her spouse, Ian Angelo King, now Angelina Mead King revealed her plan to transition. It wasn’t a one-sided struggle — while Joey was confronting the magnitude of her partner’s decision, Angelina was also about to completely transform the foundations of herself and their relationship.

There was also the added occupational challenge. Joey is a celebrity and a runway coach, which warrants a measure of scrutiny from the public eye. Meanwhile, Angelina works in the automotive industry, and runs Victoria Court, one of Manila’s most popular hotel chains.

A lesser couple would have probably parted ways, but not Joey and Angelina Mead King. They remained married, and made the decision to publicise the intricacies of their relationship in a reality TV show, The Kings. Premiering on TLC tomorrow (22 June), the Mead Kings are letting the world into their private universe to educate and abolish the stereotypes behind identifying as transgender, and what constitutes a “normal” relationship.

We had a chat with the duo to find out more about their reality TV series, and their relationship.

Lifestyle Asia (LSA): Angelina, what prompted you to finally come out?

Angelina Mead King (AMK): Before I came out, I was already starting hormones and the coming out was sort of unplanned. Instagram had sent notifications to people saying, ‘Your friend Ian King is on Instagram as Angie Mead’. My account was private, and I was getting a lot of requests from people I knew, but they couldn’t really see anything because it was locked. Within that month, people were sending photos of me asking, ‘Is that really him?’ ‘What’s happening?’ ‘Is it a prank?’. People thought it was a marketing tactic. So I spoke to my stepmom and my wife [about coming out publicly]. They asked, ‘Why are you waiting? We’re ready. Let’s do this’.

LSA: There are a lot of negative stereotypes associated with trans women in conservative countries like Malaysia and Singapore. Have you personally encountered any discrimination?

AMK: One time, Joey and I had a connecting flight through Abu Dhabi to get to Italy. In the airport, it was a very weird feeling because everyone was staring. The people checking my documents… I wouldn’t say they gave me a hard time, but they just took extra steps to scrutinise me.

Joey Mead King (JMK): And then there was an X-ray, which was very awkward.

LSA: This is an extraordinary change for a couple. What’s keeping you together?

AMK: Earlier on in our relationship, I did say I liked feminine things. It wasn’t a big issue for Joey because she works in fashion, but then, I decided to push it forward. I wanted more, and to live like this [as a woman]. Joey was very scared of the backlash, and how society, media, friends and family would treat us. It’s funny, though. None of our major fears surfaced.

LSA: How did your family come to terms with the transition?

JMK: Naturally, for a father, it’s a challenge for them to understand why and what is happening. There was a little bit of blame and denial. It is a transition for those around you as well, because your friends and family have to deal with it too. As the years went on, and with the help of Angie’s stepmom, her father became more accepting. It was great for him to say, “At the end of the day, I just don’t want Angie to hurt herself”.

Before he passed away, and passed over the business to Angie, he wanted to send out a press release to employees and such that Ian is now Angie, and that she is transgender. I believe that was his acceptance. As one of the heads of the family, his approval reassures the other relatives to be more accepting as well. Sometimes, you’ll get the odd family member that’ll [call me] Ian, but you can’t change everyone. They are very respectful, and happy for Angie.

LSA: What do you think your documentary can do for the LGBT community in Southeast Asia?

AMK: The documentary is for getting awareness. Showing people that this could be the new normal, and getting people to discuss gender and relationships. I guess we are sort of the poster kids at the moment, and we can help by just being ourselves. We want to show that you can be accepted and loved for whoever you are.

Interview TLC Q&A Feature Joey Mead King The Kings transitioning joey mead the mead kings angelina mead-king documentary lgbtqia
Beatrice Bowers
Features Editor
Beatrice Bowers writes about beauty, drinks, and other nice things. When not bound to her keyboard, she moonlights as a Niffler for novels and can be found en route to bankruptcy at your nearest bookstore. Don't tell her boss.
Drinks Beauty