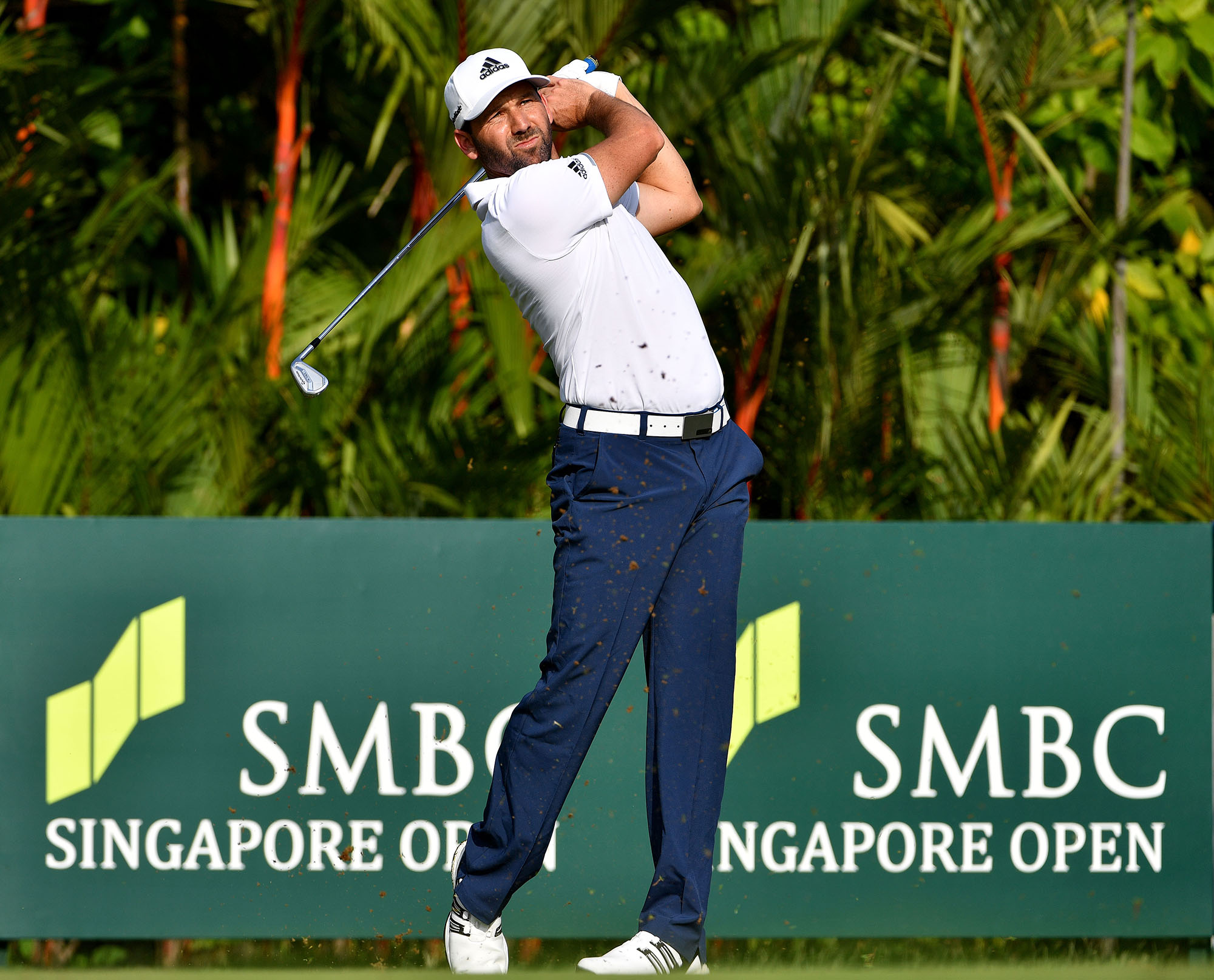 Q&A: Golfer Sergio Garcia on his US Masters win, and competing at Sentosa again

Living
Q&A: Golfer Sergio Garcia on his US Masters win, and competing at Sentosa again
Share this article
Next article

His talent on the greens had clearly been immense since he began his professional career in 1999, but Sergio Garcia was known for not having luck on his side. He had a burning desire to succeed, especially after 73 unsuccessful attempts at winning a major. But as the saying goes, you only fail when you stop trying. Last year, Garcia finally found his big break — he scored his first major title and got to wear the fabled Green Jacket.

There have been many defining moments in Garcia’s career, but the now-iconic moment at Medinah Country Club sits right below his US Masters win. A young 23-year-old Garcia had made it to the final round of the 1999 PGA Championship, where he famously hit around a red oak tree before sprinting up the fairway and leaping into the air to see his result. He miraculously hit the green to stay in the running, and although he lost to Tiger Woods by one that day, successfully made people sit up to notice him. That tree is now known to fans as the Sergio Tree, and till this day, members of Medinah routinely stop to imitate Garcia’s shot when they reach the 15th.

If you’re at Sentosa Golf Club’s Serapong Course next week, you might just be able to witness another iconic Sergio Garcia moment at the 2018 SMBC Singapore Open. Held from 18 to 21 January 2018, the tournament will see him test his mettle against other veterans, such as Ryo Ishikawa, Louis Oosthuizen, and Pat Perez. This will be Garcia’s second time at the tournament.

Just ahead of the tee-off next week, he shares with us his thoughts on the challenging Serapong Course, his switch to Callaway, and what he’s looking forward to in Singapore.

Sergio Garcia (SG): Augusta was just amazing, that’s probably the best thing. It’s an unbelievable feeling, something I’m so honoured and will be proud of my whole life.

LSA: What do you think of the Serapong Course at Sentosa?

SG: The SMBC Singapore Open is a great tournament and I love the golf course. I think it’s really, really good, I remember I was very impressed with it last year. It’s just exciting to go back to Asia and in particular, Singapore, so I’m excited to play there again. It’s also a great resort and course, it was a really fun week last year so that kind of made it easier to decide to come back.

LSA: What’s your biggest concern about playing in the 2018 SMBC Singapore Open? Is there anything you’ll be doing differently from last year?

SG: The weather. Last year, I was very impressed with the games, how great and fast it was even though it rained earlier in the week, so I think that hopefully I’m a little bit more comfortable on the golf course with what I see and want to do. If I can manage to hopefully play well like I’ve been the whole of last year, then it’ll be nice to have a good start of the year by winning in Singapore.

LSA: How has the switch been going from TaylorMade to Callaway, and how has that affected or improved your gameplay?

The whole point is to get better, but I don’t think it should change much. Callaway is a really good company and I’m excited to partner up with them and have some great years moving forward. It’s exciting so hopefully we’ll have a fantastic time together.

LSA: What are your goals for the season ahead?

SG: Keep trying to improve, and to keep working hard on my game, not just the physical side but also the mental side of it. If I can do that and contend in as many tournaments as possible, it would be perfect, so I’ll give it my best.

LSA: What’s one thing you look forward to when coming to Singapore?

SG: It’s a wonderful country and extremely clean, which is great to see. The weather is nice but a little warm, so I’m looking forward to spending time at the beach there. There are superb restaurants to eat at so it’s a nice place. Unfortunately, we don’t have much time to go visit and do stuff like that during tournament week, but it’s still nice weather to be around in.