Home > Living > People > What’s behind the rise of the family office? 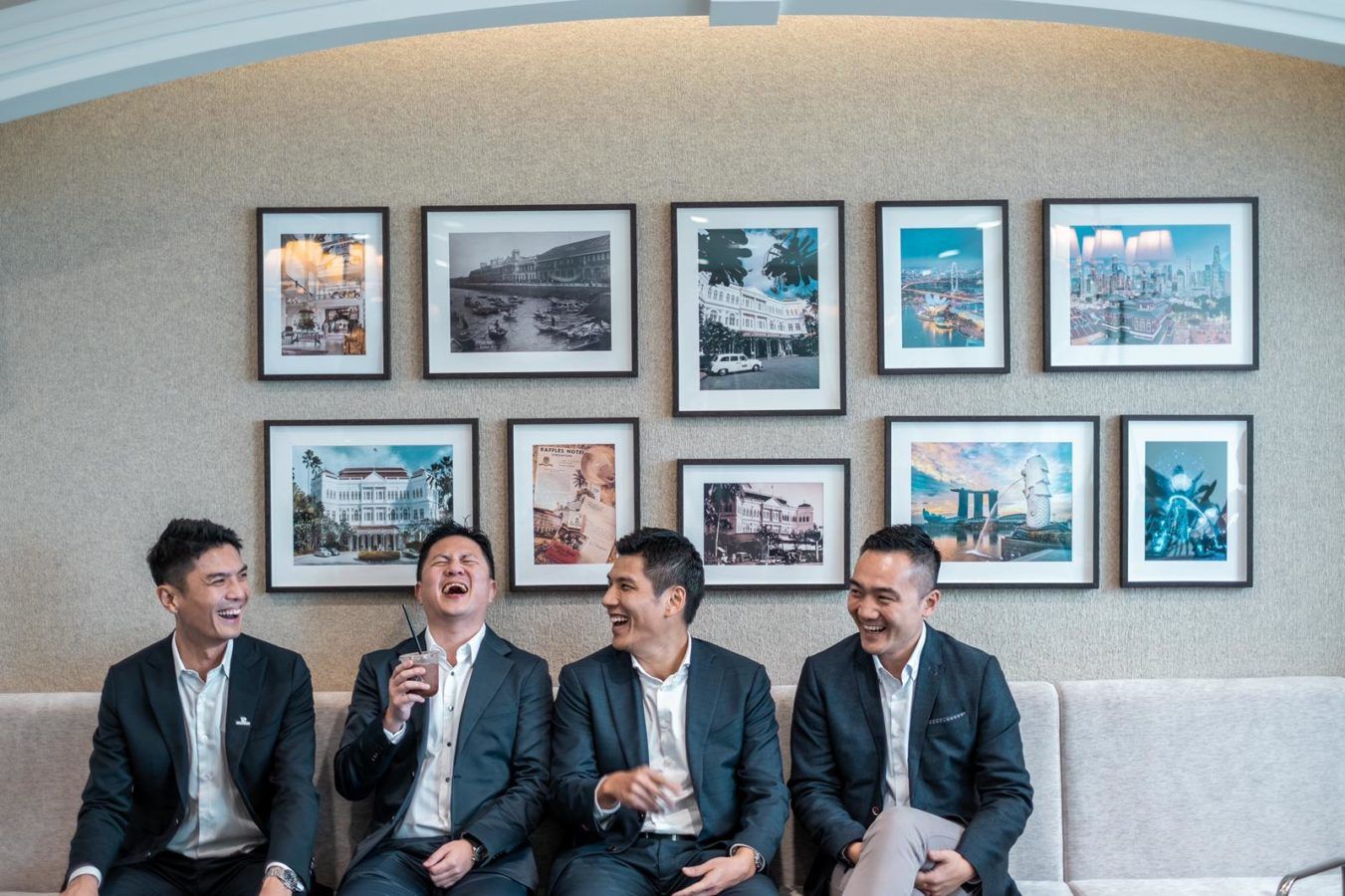 Living
What’s behind the rise of the family office?
Share this article
Next article

What does the Wuhan virus and the Hong Kong protests mean for investors? The gentlemen of the Raffles Family Office respond.

Jaydee Lin walks into the room in a denim jacket — “I’m so sorry, Kendrick is still stuck in a meeting,” he says apologetically. He sports a fresh haircut, parted and swept across a clear complexion. The 36-year-old wouldn’t have looked out of place in a bar nursing a Japanese whisky on the rocks.

Ten minutes later, Kendrick walks in. He’s one of Singapore’s best badminton players, and in 2007, even placed 14th in the world in Men’s Singles, we’re told.

The dashing pair are the Chief Operating Officer and Managing Partner of Raffles Family Office respectively — a firm that currently manages US$2 billion in assets and are looking to expand that figure to US$5 billion with its recent launch in Singapore.

Perhaps the dressing is indicative of the sort of firms they’re looking into — it’s a departure from the usual dark suits of the financial world. As millennials of today begin inheriting the wealth of the generation before them, investment behaviours change. Today’s millennial investors are looking into startups as opposed to the generation before who prefer real estate.

Lifestyle Asia sits down with the duo to pick their brains on the growth of family offices in Singapore and why in this climate of protests and viruses, it’s more important than ever before to diversify.

Lifestyle Asia (LSA): For the benefit of our readers, what exactly does the Raffles Family Office do?
Kendrick Lee (KL): We are an independent asset manager and a multifamily office. We help our clients manage their assets and ensure that the wealth can be passed onto the next generation or what’s called legacy planning.

In Asia, it’s really unheard of. There’s always this belief that wealth will not pass three generations, you know, there must be a reason for this saying. So, today, they are taking this family office structure a lot more seriously. Because when you look at the Europeans, there’s wealth longevity. But for Asia, we’ve been gathering a massive amount of wealth. In the past five to 10 years we’ve seen the e-commerce sector, like Alibaba, Tencent, and things like that.

So we are experiencing wealth like we have never experienced before and we see a lot of opportunities in this industry.

It sounds like you’re primed for growth. So comparing the wealthy families of America and Europe where there are more than 10 generations of wealth that’s preserved — where would you place Asia?
KL: It’s young, mainly first-generation, going to second, in Asia in general. If you look at the wealthiest families in Singapore that actually own land here it’s mostly second-generation passing on to third.

If you’re talking about people like Li Ka Shing, that’s the first passing on the second. He’s the richest man in Asia so, we take that as a reference. In Singapore, we take your UOB or Hong Leong, or Pontiac Land. This is where we are now.

What are the indicators that there is interest here before you actually decide to expand?
KL: You see bankers from the banks moving out to be independent because they think that could actually provide a lot more value. And you see a lot more families wealthy families actually looking to start their own family offices. So this is actually a great indicator to show what they’re looking for now. These two factors are the main thing for me.

Jaydee Lin (JL): There’s research done showing that the number of family offices actually rose tremendously over the past five to 10 years, especially in Asia.

This is where all the wealth is being created in the last 20-30 years, led by China. Even in Singapore, the EDB and MAS are also welcoming foreigners to set up family offices in Singapore. So that’s why they have this global investment programme, to attract foreign investors with at least $400 million in assets and park $200 million dollars in Singapore.

So what’s the reception like? Are they open to the idea?
JL: A few years ago, maybe about three years ago, when I started going to China, this family office idea was completely unheard of. A lot of people were misusing this “family office” term and then do something else like even simply selling insurance.

So this word has been used misused a lot of times. Over the last few years, I think it has improved quite a lot and you’ll see government initiatives promoting family offices.

LSA: It’s been a dark 2020, hasn’t it? First there were the Hong Kong protests and now the Wuhan virus. Does it affect what you guys do?
JL: The thing about us, is that when something happens to one country, the clients try to diversify their wealth. It’s always a lesson, like what happened to the global financial crisis back in 2008. They learned to diversify into different banks because one bank can get into a lot of trouble. So that’s actually where we come into to help and service them better.

For the coronavirus, it affects travel but in terms of market performance. That’s where we provide a lot of value. We are actually very conservative. We are very prudent with our wealth managers. They’re experienced and have seen many cycles. They have gone through waves way before the Asian Financial Crisis. So, they have seen many cycles in this industry. So they are very prudent in the investment space. So when this coronavirus hits the market has also been affected. For us, we actually managed to maintain a lot of performances.

JL: Because right now in this time and age, a single bank platform cannot really satisfy what the client needs, because they have so many other requests. You need a multiple bank platform as well as other services or structures — like setting up a trust using independent trustee or using insurance as a wrapper. For some of our mainland Chinese customers, they look at a second PR status elsewhere. These are the kind of requirements that they have.

It sounds like you guys are primed for growth. But what’s next for the Singapore office?
JL: We have different pillars of revenue streams. The last pillar is the ecosystem. We rented this 5,000 square feet office for only 18 people and that’s very spacious. We have seats for 56 staff, potentially 66. The idea is to create an ecosystem. We have a lot of partners from Hong Kong who want to start a business here, so instead of renting a table at a co-working space — which is nothing more than a table and you get no support –, we can provide a seat and services with a membership fee. With this fee, you’d be able to speak to our people, our portfolio managers, connections and a Bloomberg machine.

KL: It’s two ways: They need support from us and for us, some clients may be interested in private equities or venture capitalists looking for early stages.

JL: We already have some candidates in mind and it can be up and running in two months even though we’re not really pushing this.

For more information, head to rafflesgroup.co

People Entrepreneurs Legacy Planning UHNW
Azimin Saini
Azimin Saini is a contributor to Lifestyle Asia. He has spent a decade in journalism, writing for The Peak, Style:Men and the Michelin Guide.
Restaurant Review Chef Interview Entrepreneurs
Sign up for our newsletters to have the latest stories delivered straight to your inbox every week.

Who is Harmony Tan, the French tennis player who knocked Serena Williams out of Wimbledon 2022?

Meet Samuel Lau, the butcher heartthrob chopping up a storm in Hong Kong