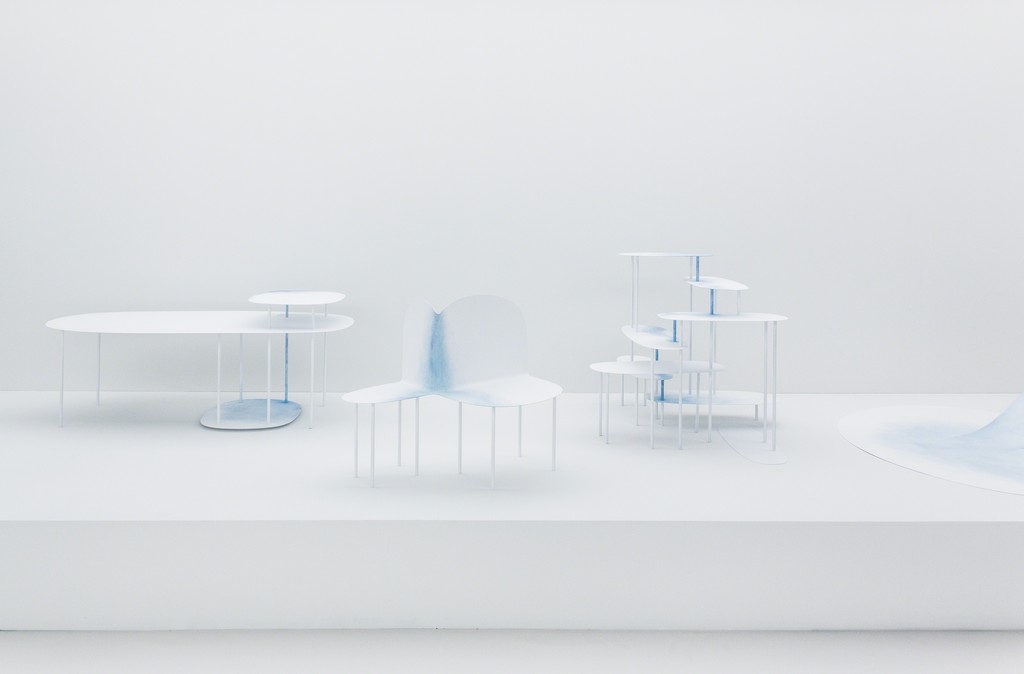 Basel, a Swiss border town, is a city of culture for connoisseurs, especially since it boasts the highest concentration of museums in the country. Last week, it was put in the spotlight on the design calendar for more reasons than one. First was an exclusive party held in the cigar room of the glamorous Les Trois Rois hotel graced by Louis Vuitton artistic director, Virgil Abloh, who also DJ-ed at the party. The other reason? The event it was commemorating, Art Basel, along with its sister fair Design Miami/Basel — both of which lured world-renowned designers, architects, and design aficionados to the city’s shores.

The latter, which took place from 12 to 17 June, celebrated its thirteenth edition this year. The fair saw the world’s leading galleries gather to curate museum-worthy exhibitions of 20th- and 21st- century furniture, lighting and objets d’art. This took place alongside 10 Curios, which focused on smaller, immersive displays, each honing in on one particular theme.

While household names such as Calvin Klein (which made its Design Miami/Basel debut this year) were showcased at the fair, the exhibition also saw a number of debuts and commissioned works from the world’s top emerging and established designers and architects — most of which you ought to keep on your radar.

Here, we’ve rounded up some of the most prominent designers and brands curated by the best galleries at this year’s Design Miami/Basel. 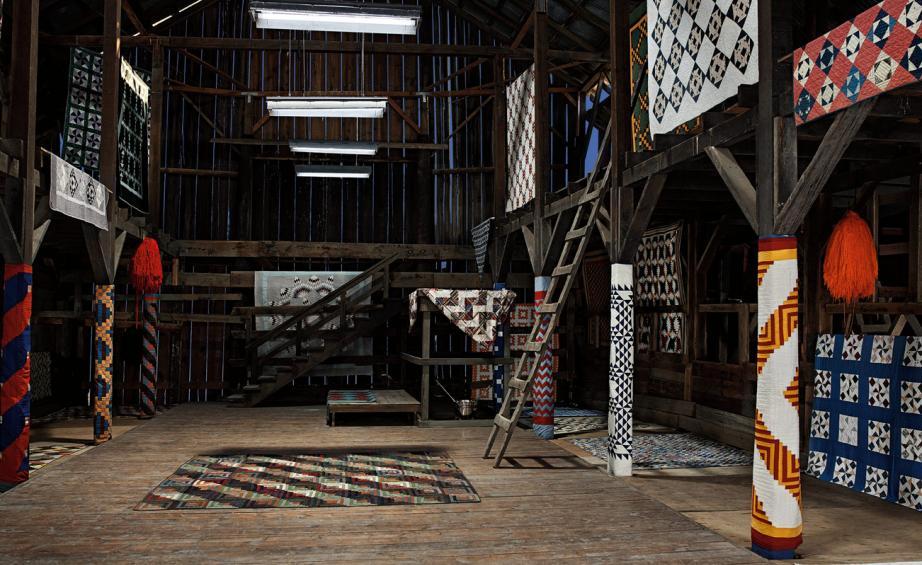 Curated by creative director Raf Simons, Calvin Klein makes its Design Miami debut at this year’s Design Miami/Basel in Switzerland, with an installation celebrating Italian designer Gaetano Pesce’s work — specifically, his Feltri chair, which was initially designed in 1987 for Cassina.

Simons puts his own spin on the now iconic design, adorning 100 limited edition Cassina Feltri armchairs with a one-of-a-kind custom American heirloom quilt from the 19th and 20th centuries on each piece. 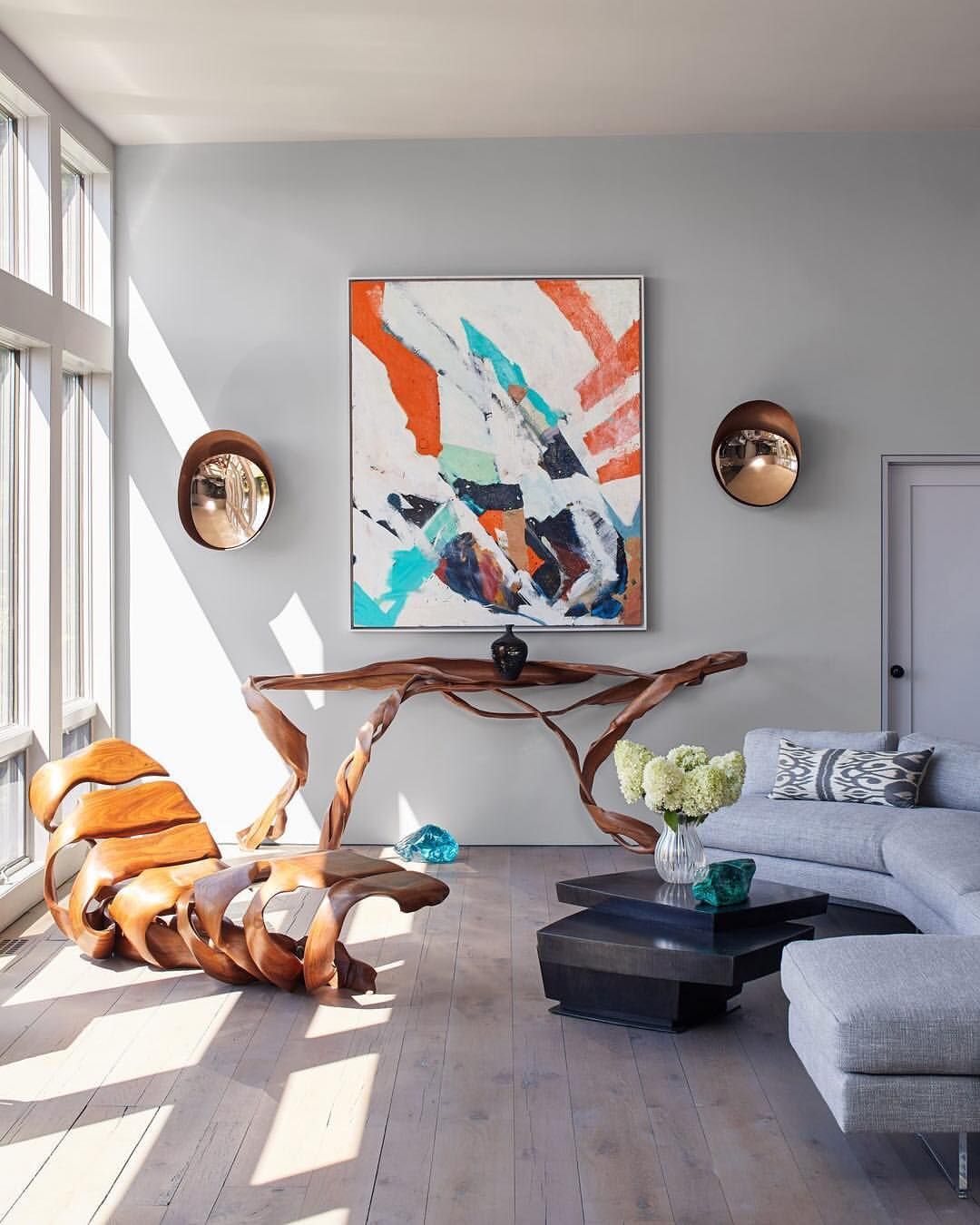 One of the first gallerists to realise the significance of postwar American studio design, New York-based Todd Merrill Studio specialises in just that at Design Miami/Basel 2018. This year, the studio showcases John Procario’s work made specifically for the exhibition, including furniture and sculptural lighting composed of micro-laminated, hand-sculpted standing LED lamps. 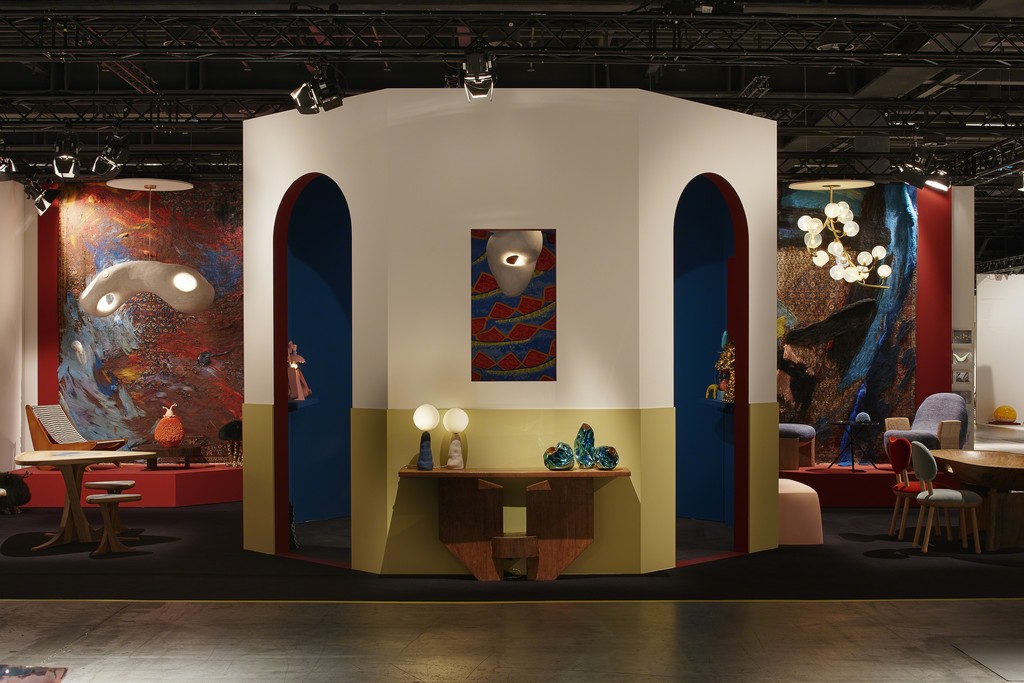 Curated by French designer Pierre Yovanovitch, R & Company’s booth was transformed into a visionary installation of historical and contemporary design at Design Miami/Basel. The immersive environment replicated a living space with an enclosed bedroom at the centre of the booth — incorporating a Brazilian hardwood bed designed by Joaquim Tenreiro, modern sculptural lighting designed by Rogan Gregory, and a carpet from Dana Barnes’s Woven Forms series — which was inspired by surfaces of Persian carpets from 1900.

The painting for each piece was done by hand, section by section, by tapping the paint gently with soft pulp paper — created with a mix of two tones of water-based inks. 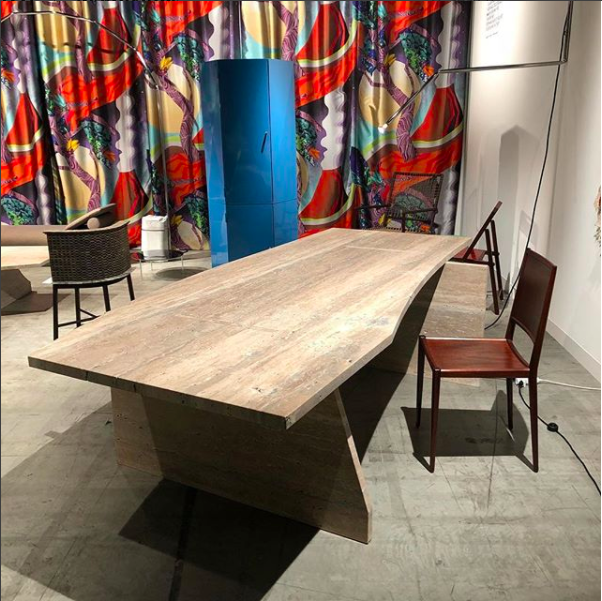 Belgian gallery Maniera, which works closely with international architects, presents furniture crafted with its signature aesthetic. A prominent designer at the Maniera booth is Dutch architect Anne Holtrop, who debuted his Barbar tables at the fair.

The tables, made entirely of Italian silver travertine, showcase Holtrop’s unconventional architecture approach. Inspired by forms found in the archaeological ruins of the temple of Barbar in Bahrain (hence its name), the table will make a unique piece for an architecturally-striking home.

Style
How fashion brands are supporting the Black Lives Matter movement
Travel
Istanbul’s Grand Bazaar, the heart of the city’s economy, prepares to reopen
Travel
Sheraton Bali Kuta Resort is offering open date vouchers for your next Balinese getaway
Culture
Remembering Christo, the artist who transformed landscapes around the world
Living
Here’s why flexible spaces are the homes of the future
Gear
Aston Martin revives the iconic DB5 from James Bond’s Goldfinger for a limited run
Living
How to support the Black Lives Matter movement from Singapore
Culture
Artist Ai Weiwei designs face masks for COVID-19 relief
Style
The best new designer It-bags to get your hands on this season
Sign up for our newsletters to have the latest stories delivered straight to your inbox every week.