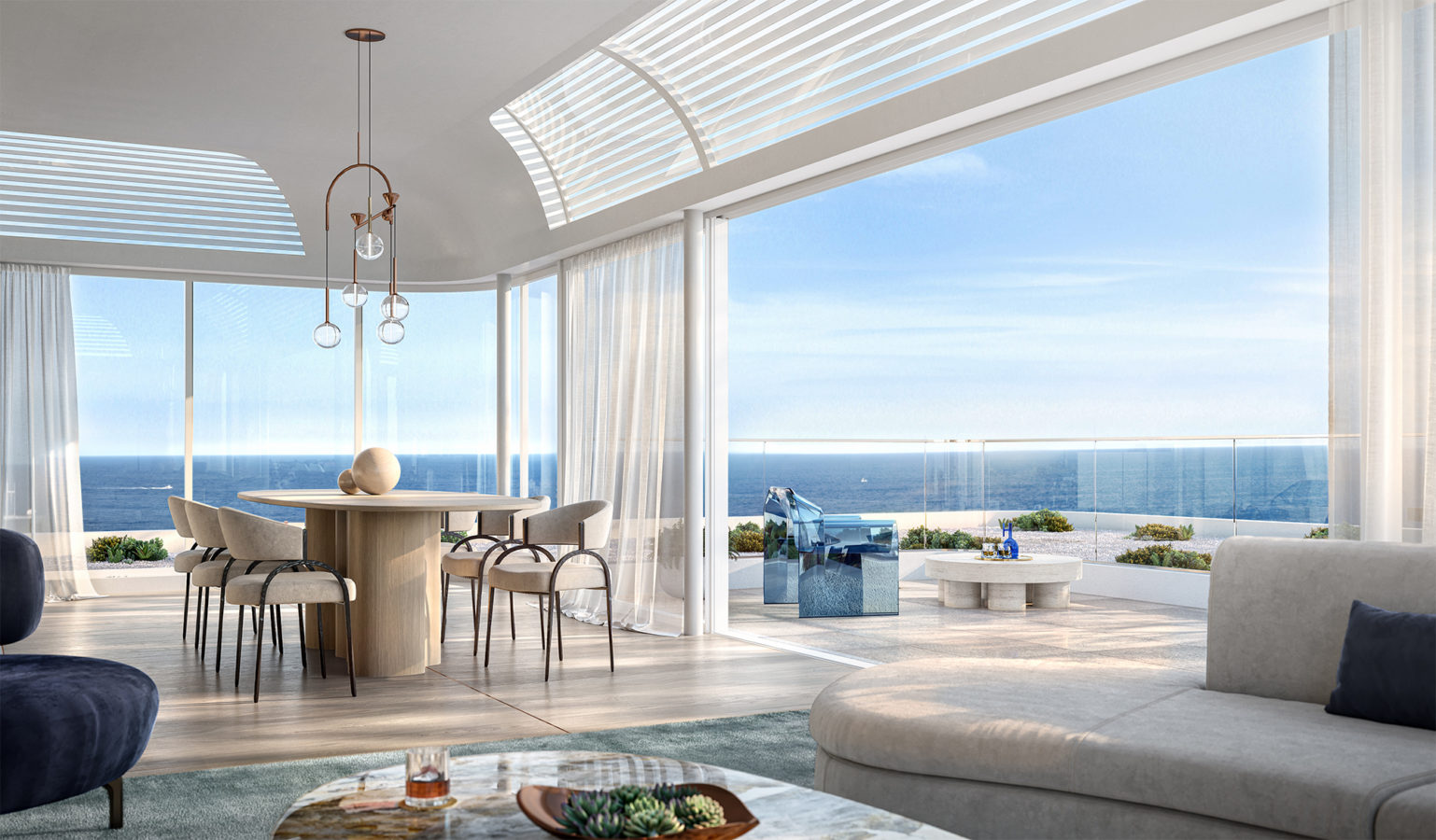 Living
Kalypso draws the spotlight back to Sydney’s Tamarama, the sexier alternative to Bondi
Share this article
Next article

Speak of Sydney’s beaches and images of Bondi’s bronzed ladies hanging out at the Bondi Icebergs pool is what immediately comes to mind.

Yet there’s a smaller — and dare we say, sexier — alternative to Bondi that offers not only a pretty spread of sand and panoramic ocean views, but also a less touristy and more sophisticated environment for those who want to soak up the city’s famous coastal life.

Called Tamarama, the picturesque beachside suburb lies 6km east of Sydney’s CBD and is a mere 45-minute bus ride into the city. For all its beauty, convenience, and relative tranquility, it’s no surprise that Tamarama has become one of the most sought-after residential areas in Sydney, and is home to a wide range of properties, from studio apartments in retro blocks to oceanfront trophy homes. 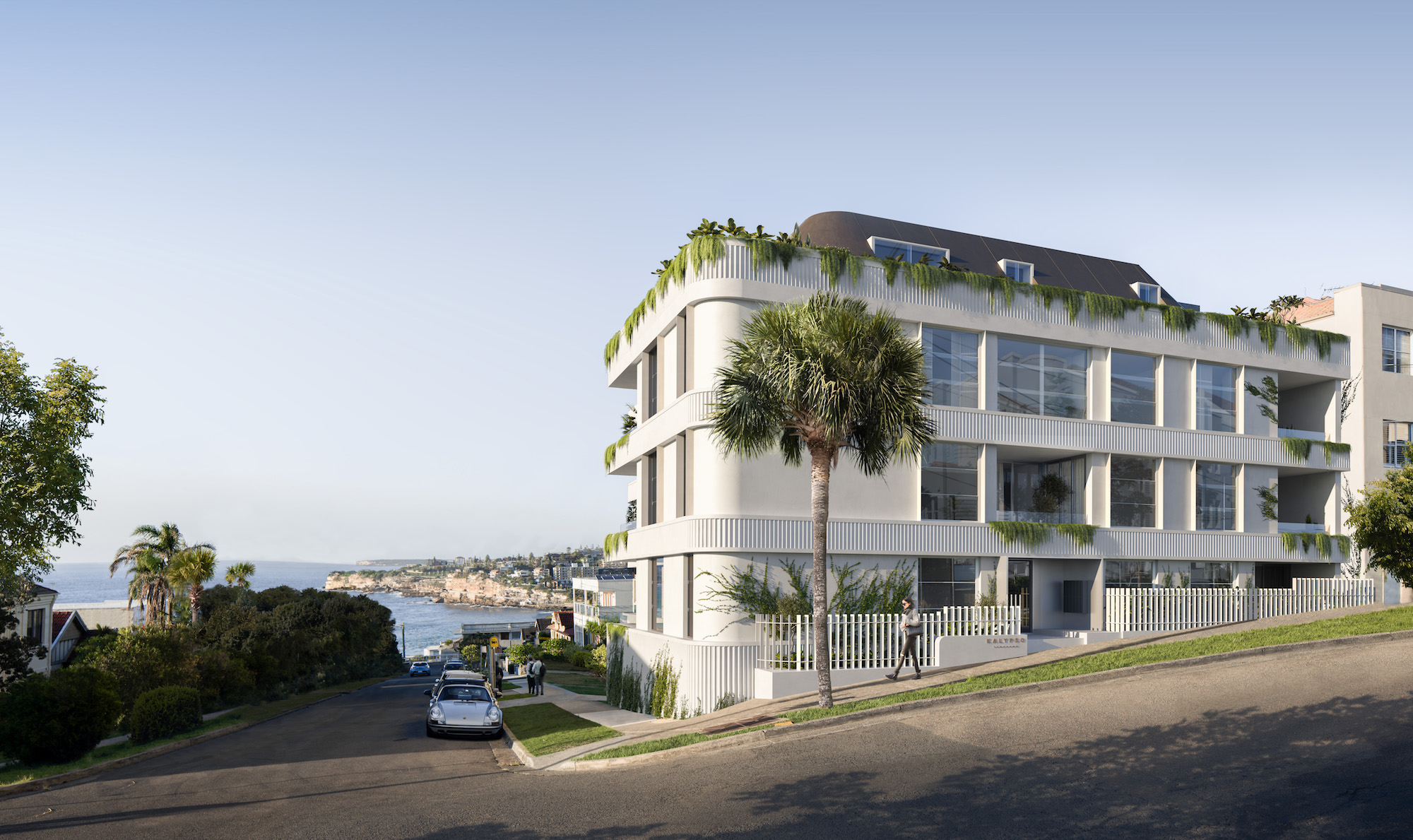 The latest to join the stylish neighbourhood is Kalypso. Built on the corner of Fletcher and Dellview streets, the project features 11 striking residences of one, two, and three-bedrooms, including a penthouse and two sub-penthouses. The bespoke collection of properties can credit its good looks to MHN Design Union (MHNDU), which also drew up the design for another Tamarama landmark, The Wave. 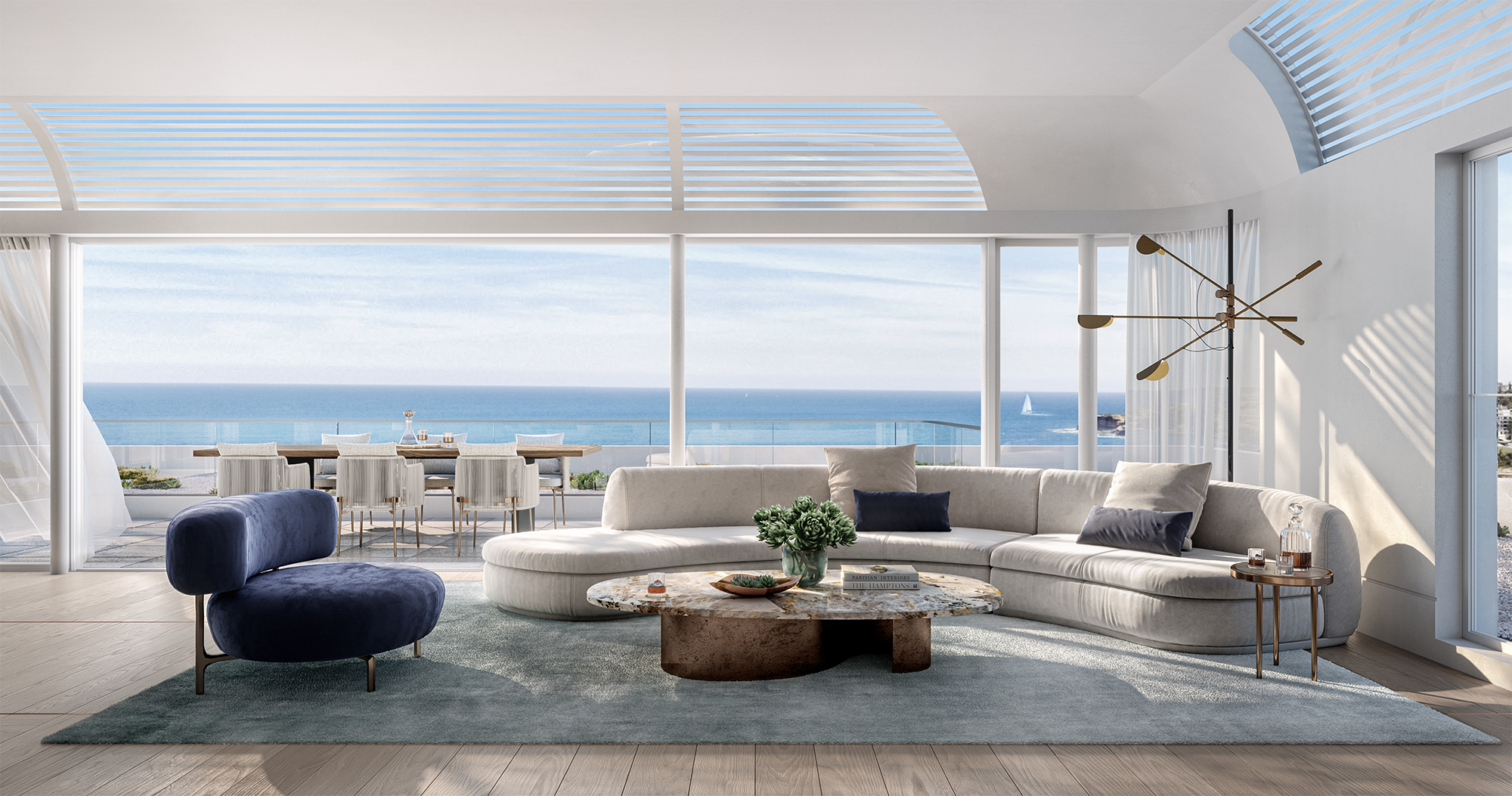 Every apartment has been designed to maximise that famous beach view, but Kalypso’s crowning glory remains to be its three luxury three-bedroom penthouses. To highlight the rugged beauty of the coast they overlook, MHNDU used contrasting tones and textures like curved walls and a refined material palette. Still, it’s anything but jarring; soothing hues of sand, ivory, and subtle shades of blue reflect the natural beauty that sits just outside. 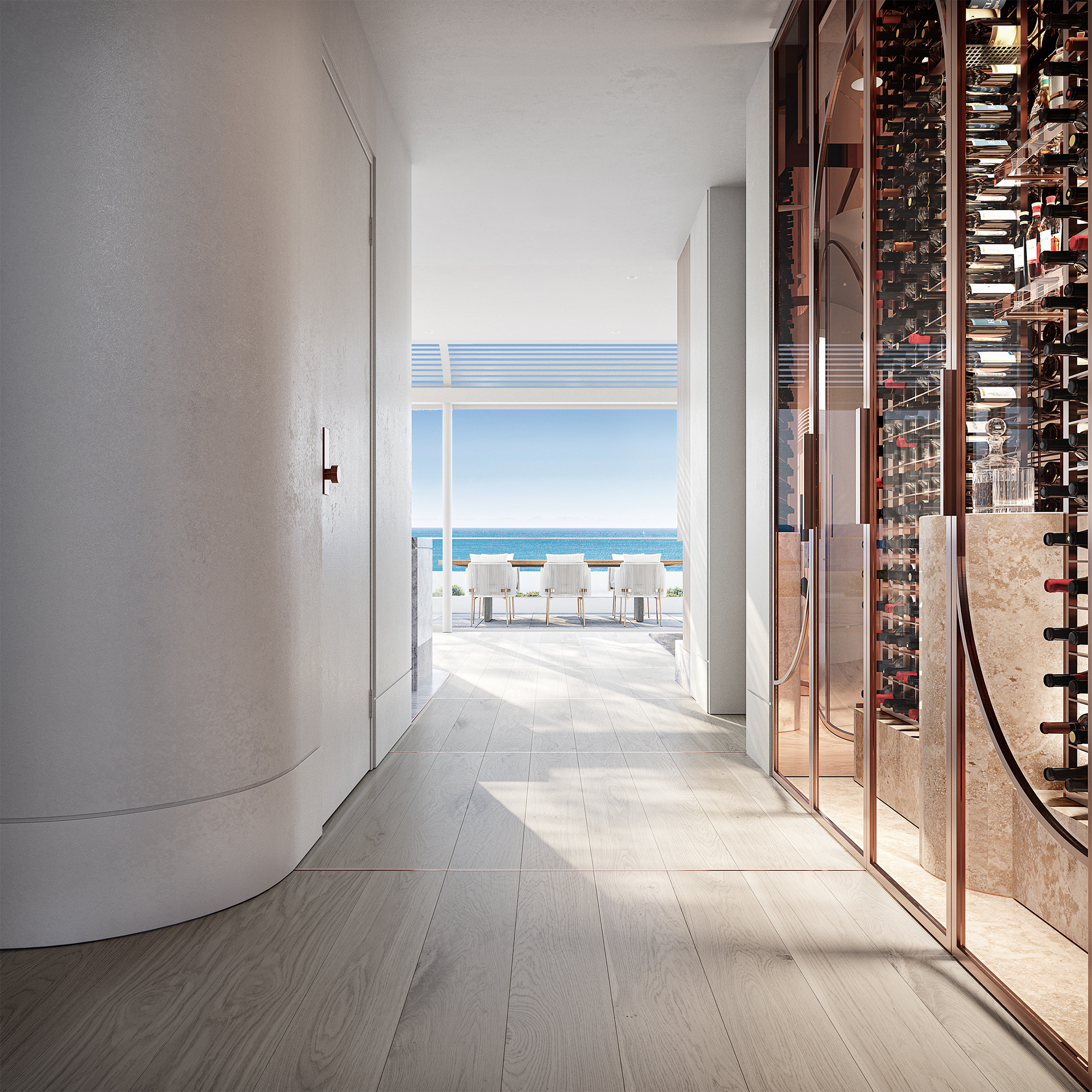 Each living room is adorned with a Bianco Lana marble hearth fireplace as its centrepiece, which when coupled with copper details showcase the impeccable craftsmanship that’s been commissioned for the project.

Because it exists so harmoniously with its surroundings, Kalypso blurs the line between outdoor and indoor living, especially when it’s so big on natural light. Separate balconies, free-standing bathtubs with ocean views, and expansive dressing rooms are just a few of the many ways to enjoy Sydney’s abundant sunshine at home throughout the year. Other luxuries include bespoke wine racks, integrated Wolf and Sub-Zero appliances and custom bi-fold shutters and concrete render feature walls.

“We’re expecting a lot of interest from buyers wanting to be within walking distance to Icebergs Dining Room and Bar and the iconic pool, Totti’s, North Bondi Fish, and all the other amazing dining spots,” said Danny Avidan, Director of Dare Property Group and former CEO of the Discovery Group which owned fashion labels including Charlie Brown and Howard Showers. 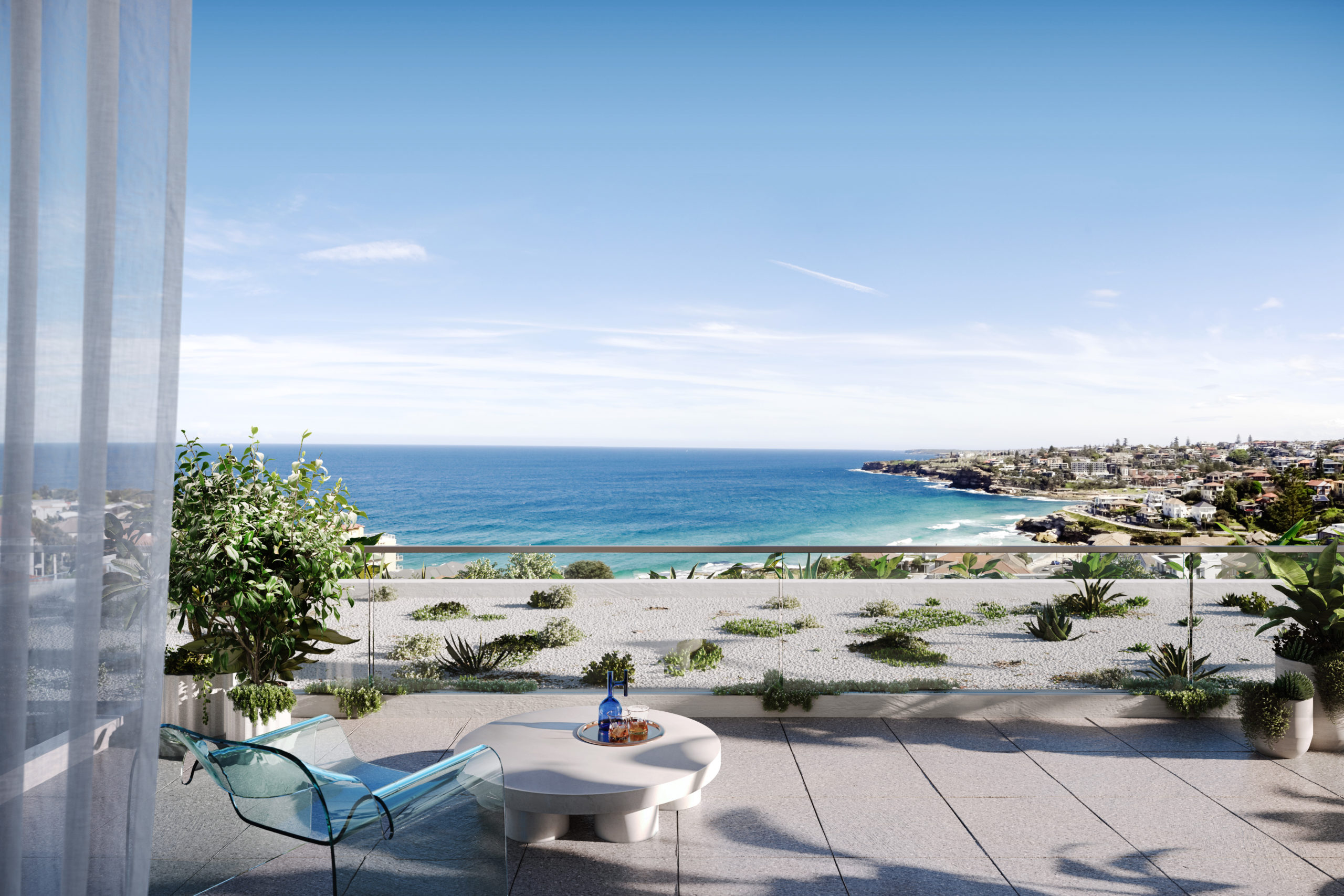 “Kalypso is going to set the benchmark way higher for luxury apartment living, not only in Sydney’s east, but also internationally. It’s truly visionary.”

Property Sydney cocktail bars sydney
Shatricia Nair
Deputy Editor
Shatricia Nair is a motoring, watches, and wellness writer who is perpetually knee-deep in the world of V8s, tourbillons, and the latest fitness trends. She is fuelled by peanut butter and three cups of coffee a day.
Motoring Wellness Watches