When Swiss food and drink processing conglomerate Nestlé churned its final batch of cocoa beans and coffee in its Hayes factory after 85 years, no one would’ve ever imagined that the space would one day blaze the trail for a new way to live and work in the city.

As the headquarters of Nestlé UK, it was responsible for churning out blocks of chocolate and later, coffee products. Notably, it was the first factory outside of Switzerland to manufacture the Milky Bar, and was where the world’s first instant coffee was produced after eight years of research and development. 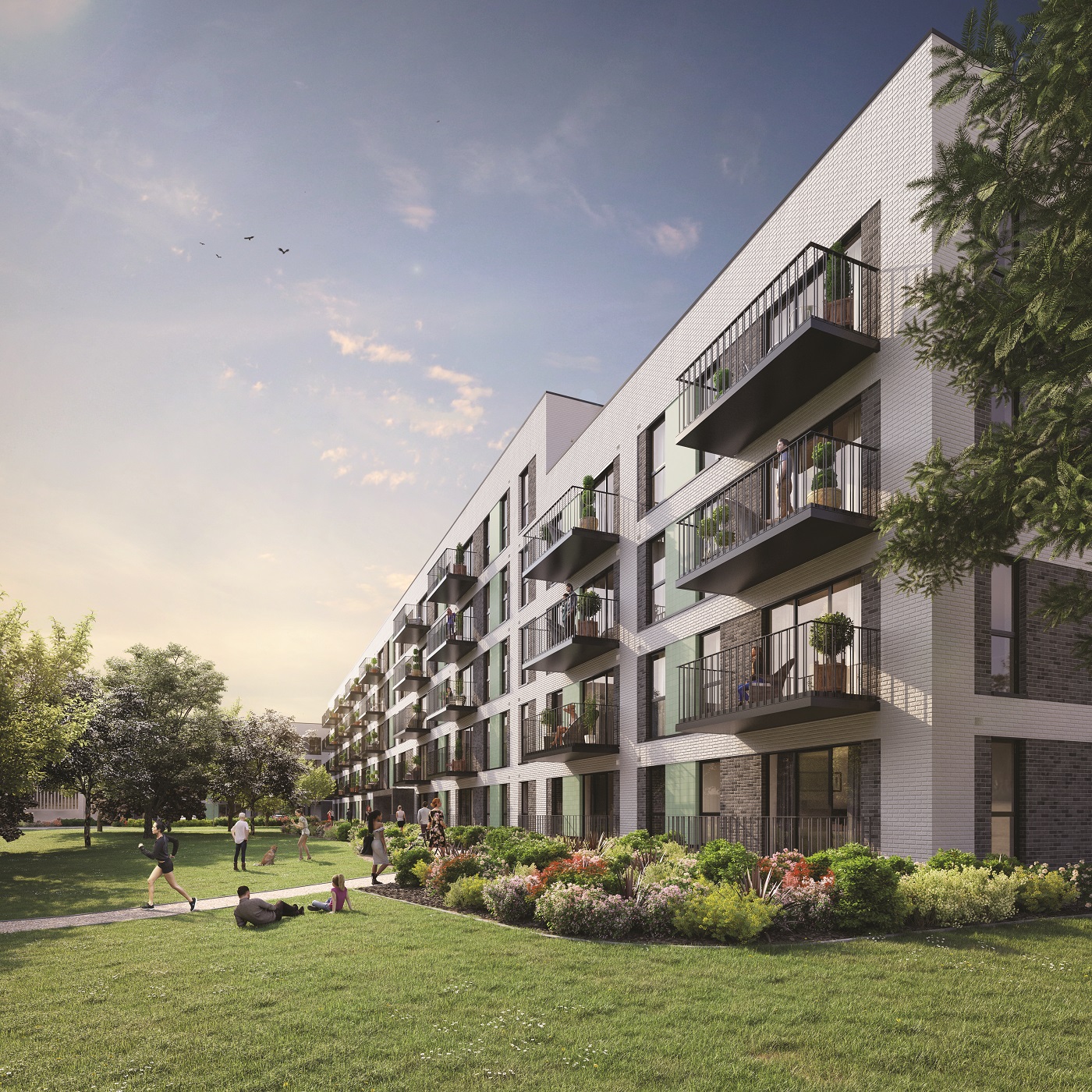 Like the rest of the building, the two giant furnaces of the former factory site have sat quietly within the Hayes community for years as an iconic landmark, but award-winning house builder Barratt London and nationally acclaimed architects dMFK are breathing new life into the Conservation Area, creating what will be known as Hayes Village — a regeneration project that will deliver 1,386 new homes within the historical site by 2025. 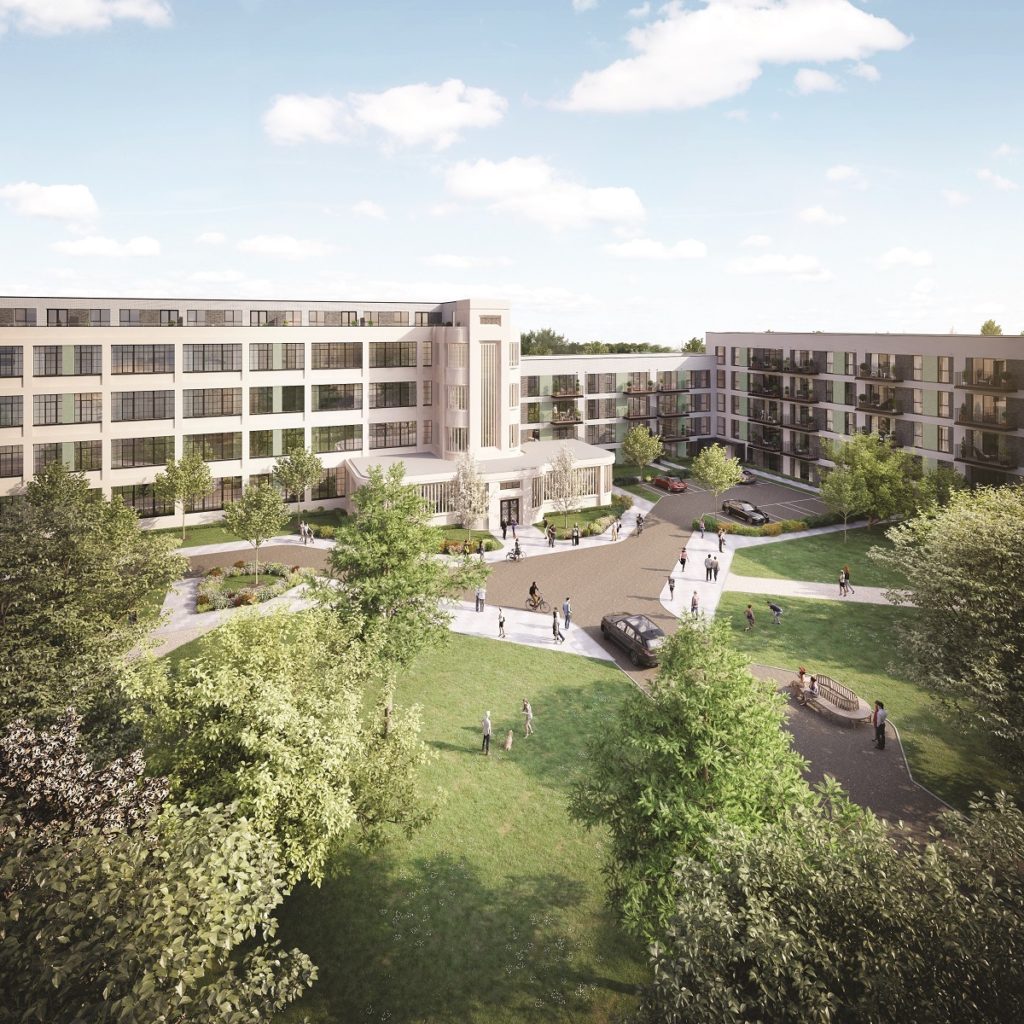 As one of London’s most striking examples of Art Deco industrial architecture, the Trucson Building’s (formerly the Nestlé factory) grand facade would be carefully restored to its original glory as part of its transformation into apartments. The building — developed by renowned British Art Deco factory architect Wallis Gilbert, the man behind the Hoover Building (aka the FBI’s headquarters) — was revolutionary for its time because unlike the traditionally dark, dangerous, and poorly ventilated Victorian workhouses, it boasted plenty of natural light and generous industrial ceiling heights.

These ‘Daylight Factories’, as they were termed by Gilbert, were designed to help improve the workers’ well-being. The building’s large, multi-pane metal windows will be retained in the apartments, lending the living spaces the same spacious, airy feel with an industrial chic vibe. Meanwhile, features such as the original 1960’s ‘moderne’ entrance tower with its decorative communal staircase will also undergo intensive restoration, transporting its residents back to its golden years.

The site has had history even before Nestlé though; the first building on the site was actually the 1913 Sandow Cocoa Works — the brainchild of bodybuilder Eugen Sandow, who was also the herculean star in a series of Charlie Chaplin films. The four-storey brick building might’ve been overshadowed by the more imposing Trucson Building after the first World War, but it still remains to be an important landmark in the neighbourhood, and will be recreated in an Art Deco-meets-industrial style for this project. 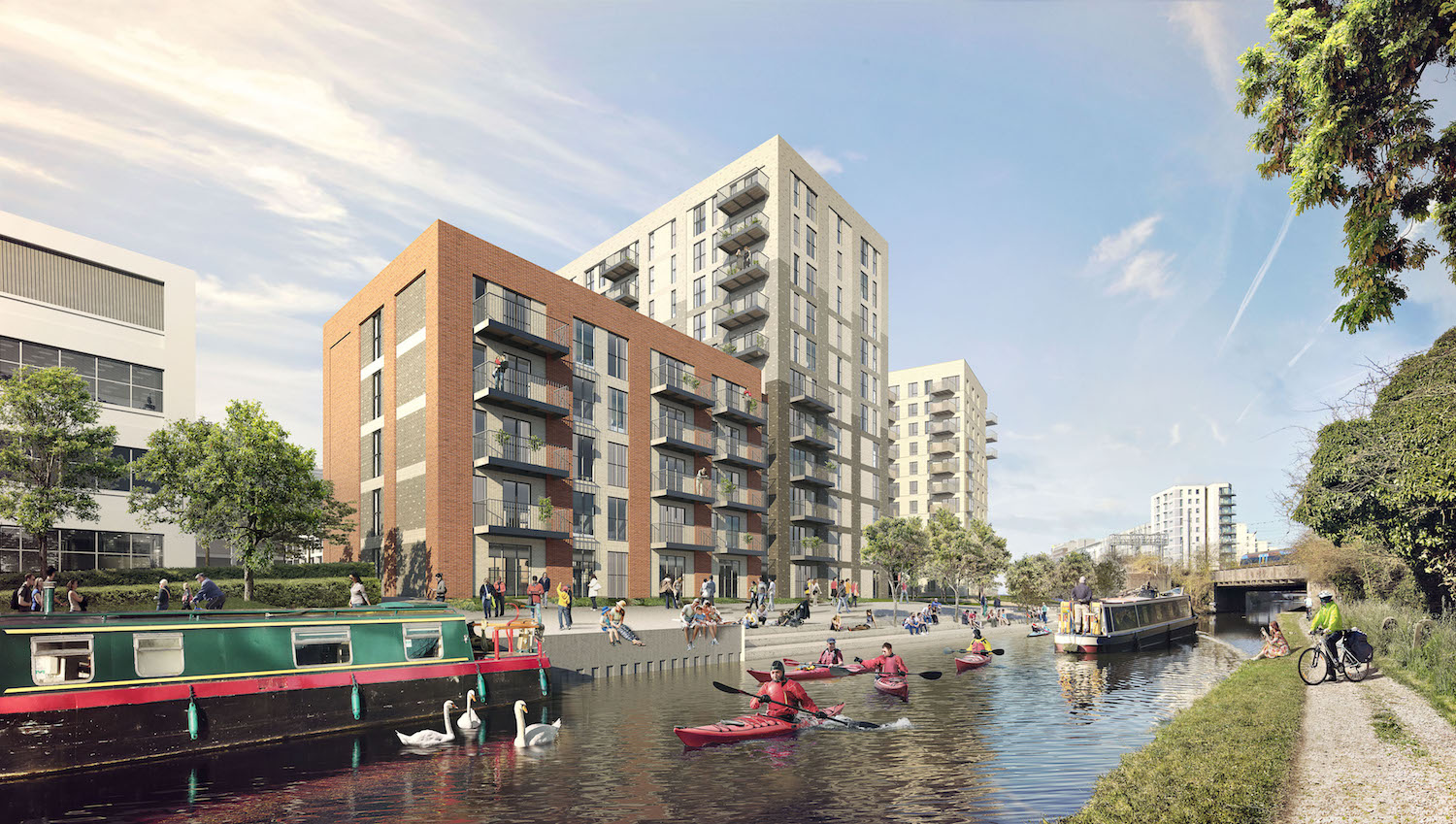 Hayes Village will also see over 22,000sqm of sustainable and modern industrial warehouse space, three hectares of public parks, and new public access along the Grand Union Canal — an update that will no doubt reinvigorate the peripheral West London town tremendously. Meanwhile, the Canteen — the factory’s former canteen building — will be refurbished and gifted to the council for community use.

“We were instantly attracted by the generosity of the Nestlé building, and wanted to capture these qualities in their restoration and re purposing as places to live,” said Julian de Metz at dMFK Architects.

“Our design approach for this unique and historically significant cluster of buildings is to fully re-express the values of the Daylight Factory for a new audience. The apartments are light and spacious, and the wellness scheme is reborn through the restoration of the gardens, development of a trim trail, and inclusion of a residents’ gym, running track, and outdoor exercise equipment.”

London Property Hayes Village
Shatricia Nair
Deputy Editor
Shatricia Nair is a motoring, watches, and wellness writer who is perpetually knee-deep in the world of V8s, tourbillons, and the latest fitness trends. She is fuelled by peanut butter and three cups of coffee a day.
Motoring Wellness Watches

How to adopt the Pantone 2021 colours for your home

‘Japandi’ is set to be 2021’s biggest interior trend

Call off the Ikea trip, Net-a-Porter has expanded its home decor range