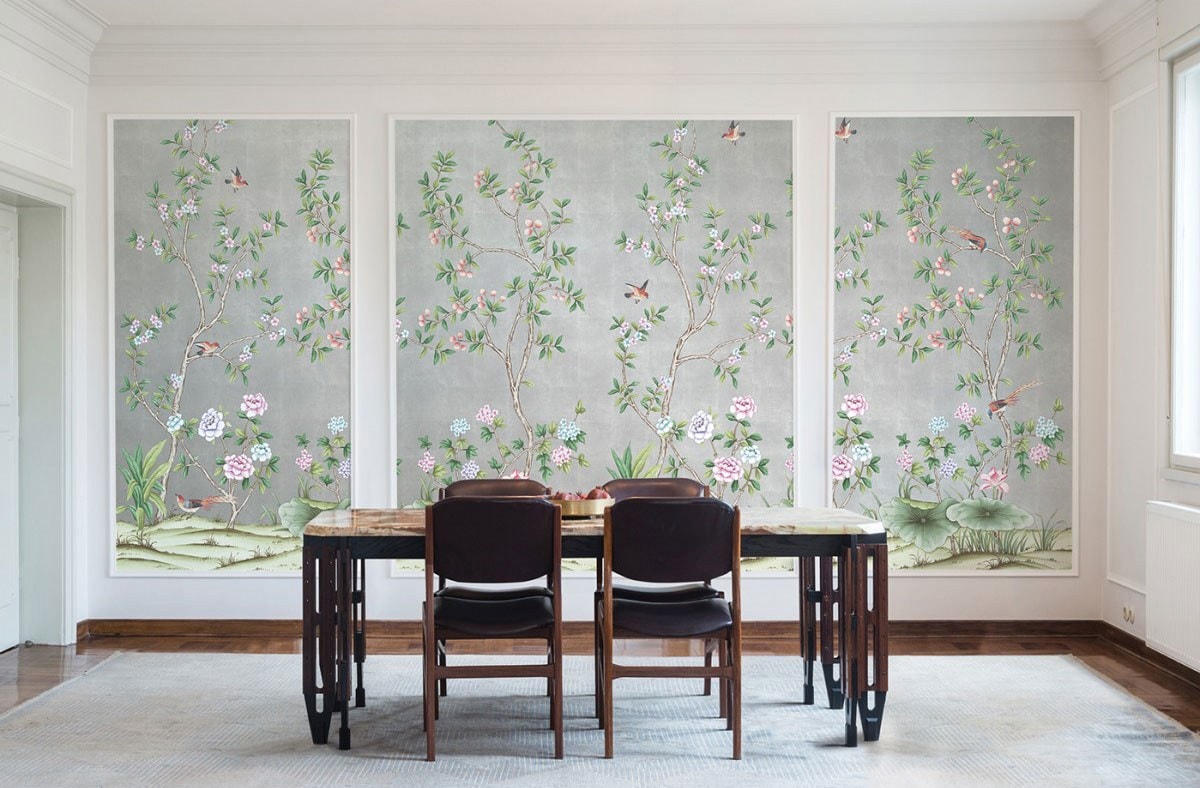 Of the East and West: Adding Chinoiserie to your home

Living
Of the East and West: Adding Chinoiserie to your home
Share this article
Next article

As the highly theatrical Rococo style started to inform European homes in the 18th century, a fascination with the ‘exotic East’ created a new era of design. Dubbed Chinoiserie (French for Chinese), the aesthetic is influenced by Asian decorative art interpreted with a Western eye.

Unlike traditional Chinese design, which is largely defined by intricate wood cravings, Chinoiserie is a colourful and plusher take on it. Over time, Chinoiserie evolved to be more reflective of the culture it was inspired from. Chinese crafts and antiques are reinterpreted in new ways, fitting right into modern tastes.

Here’s how to bring Chinoiserie into your abode.

Living
How to bring the Balinese aesthetic into your home

Putting up wallpaper is one of the easiest ways to adds Chinoiserie aesthetics to the home. Chinoiserie wallpapers are meant to resemble hand-painted silkscreens: typically in pastel shades or solid colours, with oriental illustrations of nature. These laminates don’t come cheap, but the good news is that you don’t have to cover an entire room with the same design. Too much is overkill, so use it in moderation. Wallpaper can be used as segregated panels or as a ‘mural’ covering up one a wall.

Work with porcelain and lacquer accessories in your space. These could be vases, bookshelves, stools or lamps. Such materials were highly valued by the Europeans in the 17th century, sparking the Chinoiserie trend then. They can potentially clash with intricate wallpapers, so decorate sparingly too.

Living
Where to get Peranakan-inspired furniture in Singapore

That said, there’s no harm in introducing some revival furnishings to the house. They make great accent pieces in the living room. Take for instance this sideboard from Just Anthony, which can be had in black for a more traditional feel or turquoise for a pop of colour. Bonus points if there are gold fixtures too. Take the opportunity to give Chinese antiques a new life too. A curio cabinet can double up as a bookshelf and a talking point.

Folding screens are popular fixtures in Chinoiserie design too. In small apartments, these screens serve not just as decorations but also flexible solutions in creating a bit of personal space when needed. Prop it up as a partition between the living room and dining room, for instance. There are many types to consider, such as the massive 12-section Coromandel lacquer screen. Consider also simpler versions, such as this three-part screen from Scene Shang.

Chinoiserie isn’t all just about oriental designs. The style is closely related to Rococo aesthetics too and it is not unusual to blend in French-style furniture in the mix as well. It might be tempting to throw in some ornate teakwood tables and armchairs. Instead, consider upholstered sofas and daybeds with gilded legs for a more sophisticated look. If you’re going for something simpler, try rattan-backed armchairs and contemporary chaises too.

Chinoiserie Scene Shang Chinese furniture
Jasmine Tay
Senior Writer
Jasmine Tay is the dining, culture and jewellery writer. She makes fine silver jewellery and causes mini-explosions in the kitchen when she can't afford fancy dinners. Sometimes she tells people what she thinks about art, and binges on the music of Danzig when they don’t agree.
Dining Culture Jewellery