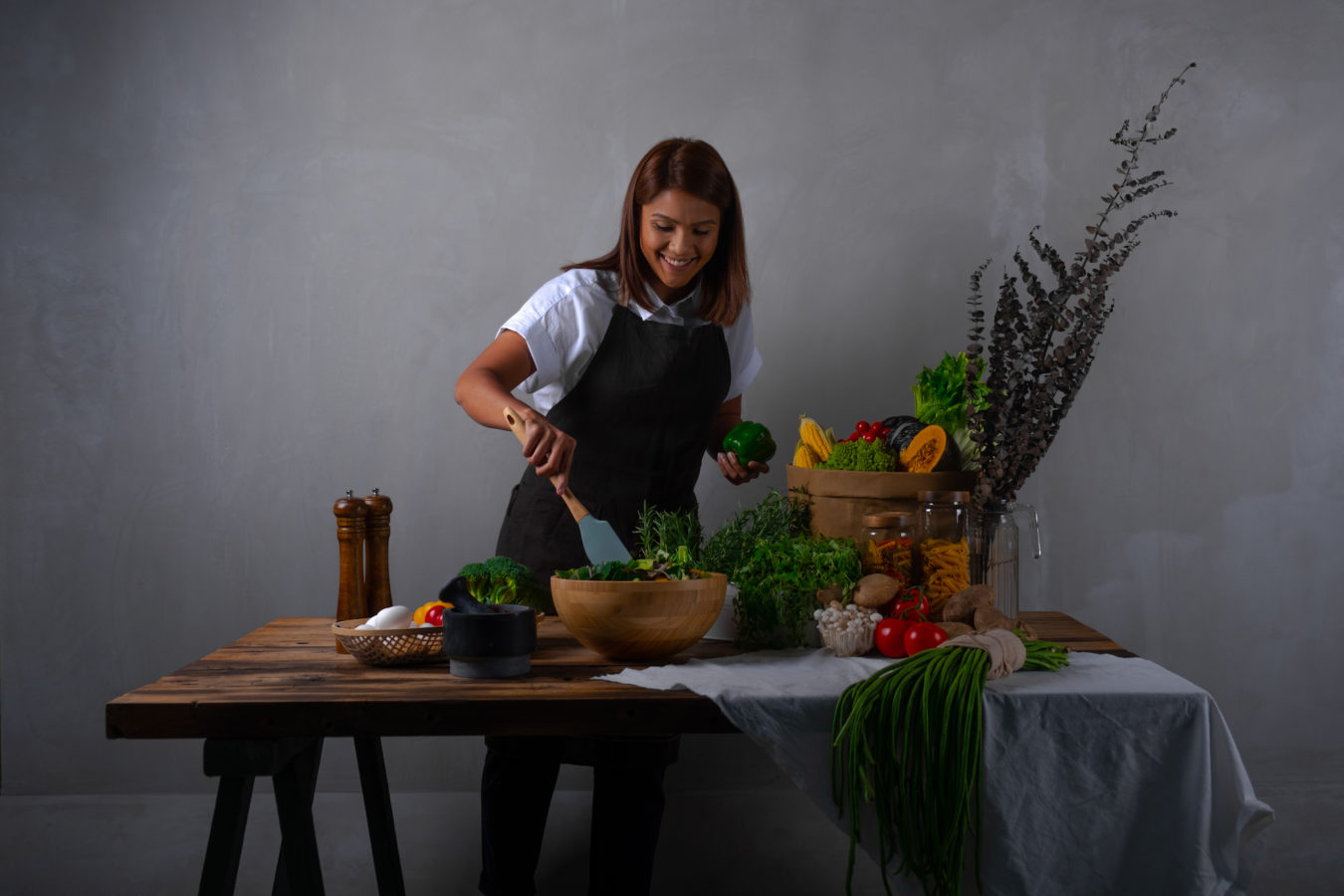 It doesn’t take a nutritionist to understand that meal prepping is the cornerstone of a healthy diet.

Almost every athlete, fitness professional or nutritional guru espouses the virtues of making your own meals in advance as a way to control your diet, with ‘gram-worthy lunchbox shots and a slew of #fitspo goals in tow to justify their cause. The problem with meal prep is, if you’re not in the camp for it, you’re probably against it for the following reasons: it’s time-consuming, expensive, tedious, and boring. You probably can’t cook either.

Meal prepping is a global phenomenon, and its problems are universal. In Asia, however, the woes go a step further — when meal prep recipes tend to be designed for Western consumers, a lack of accessibility comes into play. Plus, there’s only so much chicken breast and broccoli a person can take before they reach for a Mars bar in defeat. Aqilah Norazman, a sports and exercise nutrition coach based in Singapore, is well aware of the pains that come with meal prepping in our part of the world, and that is why her platform, Asian Meal Prep was created.

Norazman began her meal prep journey after struggles with obesity and issues with healthy eating. She began to publicise her recipes online by making videos in 2015, doing it mostly for fun, but also because she wanted to show people healthy and affordable ways to prepare Asian food with familiar ingredients. People got wind of her Asian Meal Prep social media channels and found her approach useful and appealing.

“When I began meal prepping, the recipes were inspired by the dishes I’ve known all my life, like maggie goreng or fried rice. I began to question how I could make these classic Asian recipes healthier without sacrificing how familiar they taste,” she explained.

In Norazman’s model of healthy eating, you can have your lontong goreng or Hainanese chicken rice and eat it too. She employs substitutes to create nutritious versions of these dishes, such as using olive oil instead of oils with higher cholesterol or brown instead of white rice. Increasing the number of vegetables in the dish is another simple way to make them healthier, and to introduce good, satisfying carbohydrates into a dish.

Meals that are fast and affordable to make are two other complaints Norazman aimed to address with Asian Meal Prep. As a self-professed “lazy cook that has no time to julienne vegetables”, most of her recipes involve creating a meal in one pot or pan, and are tagged with price points for the budget-conscious. The latter, especially, debunks the idea that meal prepping is a costly affair, filled with ingredients that are hard to procure.

When I began meal prepping, the recipes were inspired by the dishes I’ve known all my life, like maggie goreng or fried rice. I began to question how I could make these classic Asian recipes healthier without sacrificing how familiar they taste.
Aqilah Norazman, founder of Asian Meal Prep

“Not everyone has the time or means to go to, say, Jason’s to get groceries. A majority of us shop at the neighbourhood supermarket most convenient to us, so I cater my meal ideas to ingredients easily found anywhere,” she said.

Though Asian Meal Prep strives to be adaptable for everyone, Norazman believes that there are some mental roadblocks people have to overcome on their own terms in order to cultivate the habit of meal prepping. The first is, naturally, learning how to cook, which she too had to pick up to get to where she is today. The next is to accept that you may be eating the same thing for a couple of meals, and that requires a mindset adjustment to realise that you don’t always need variety when you’re getting the nutrients your body needs.

“One of the most common questions I get is, ‘so you eat the same thing every day?’. Well, yes, and it’s not a big deal to have the same thing for three lunches in a row. Clean eating requires some sacrifice, but it’s also not as if you’re having the same dish for breakfast, lunch and dinner. There’s definitely room to diversify,” she explains.

Asian Meal Prep currently exists as a blog and a YouTube channel, where resources and tutorials are available to anyone keen to get on board. Norazman is looking to greater heights, though, as she is currently in the crowd-funding phase for a dedicated Asian Meal Prep cookbook, housing 88 recipes. These are categorised according to calories, price, and dietary requirements, though there is also a section dedicated to “burning hot and spicy” recipes, because what’s Asian food without the heat?

“The stereotype that Asian dishes aren’t healthy is there, but I believe, with education, we can change that. You don’t have to resort to following the Westernised version of meal prepping where every dish is a template divided into carbs, protein and fat. You have the power to make healthy Asian food at home,” encourages Norazman. We’re convinced.

Check out the Asian Meal Prep website here, and the cookbook’s Kickstarter here.

Wellness meal prep
Beatrice Bowers
Features Editor
Beatrice Bowers writes about beauty, drinks, and other nice things. When not bound to her keyboard, she moonlights as a Niffler for novels and can be found en route to bankruptcy at your nearest bookstore. Don't tell her boss.
Drinks Beauty

Food & Drink
All the new restaurants in Singapore to dine at in March 2020
Beauty & Grooming
All the new beauty launches we love this March 2020
Gear
Maserati announces the MC20, the marque’s latest mid-engined flagship sports car
Style
Watch: Dior Fall/Winter 2020 live from Paris Fashion Week
Living
Christian Louboutin: “I don’t think about comfort when I design.”
Food & Drink
With 13 bottlings to its name, Lyre’s is filling a big gap in the non-alcoholic spirits market
Style
Blackpink’s Lisa sat front row at Prada, Kendall Jenner walked Versace and more MFW highlights
Travel
Step into an urban oasis at one of these luxury hotels in Manila
Gear
HP redefines the future of computing with the Spectre x360 13, the world’s smallest convertible
Sign up for our newsletters to have the latest stories delivered straight to your inbox every week.