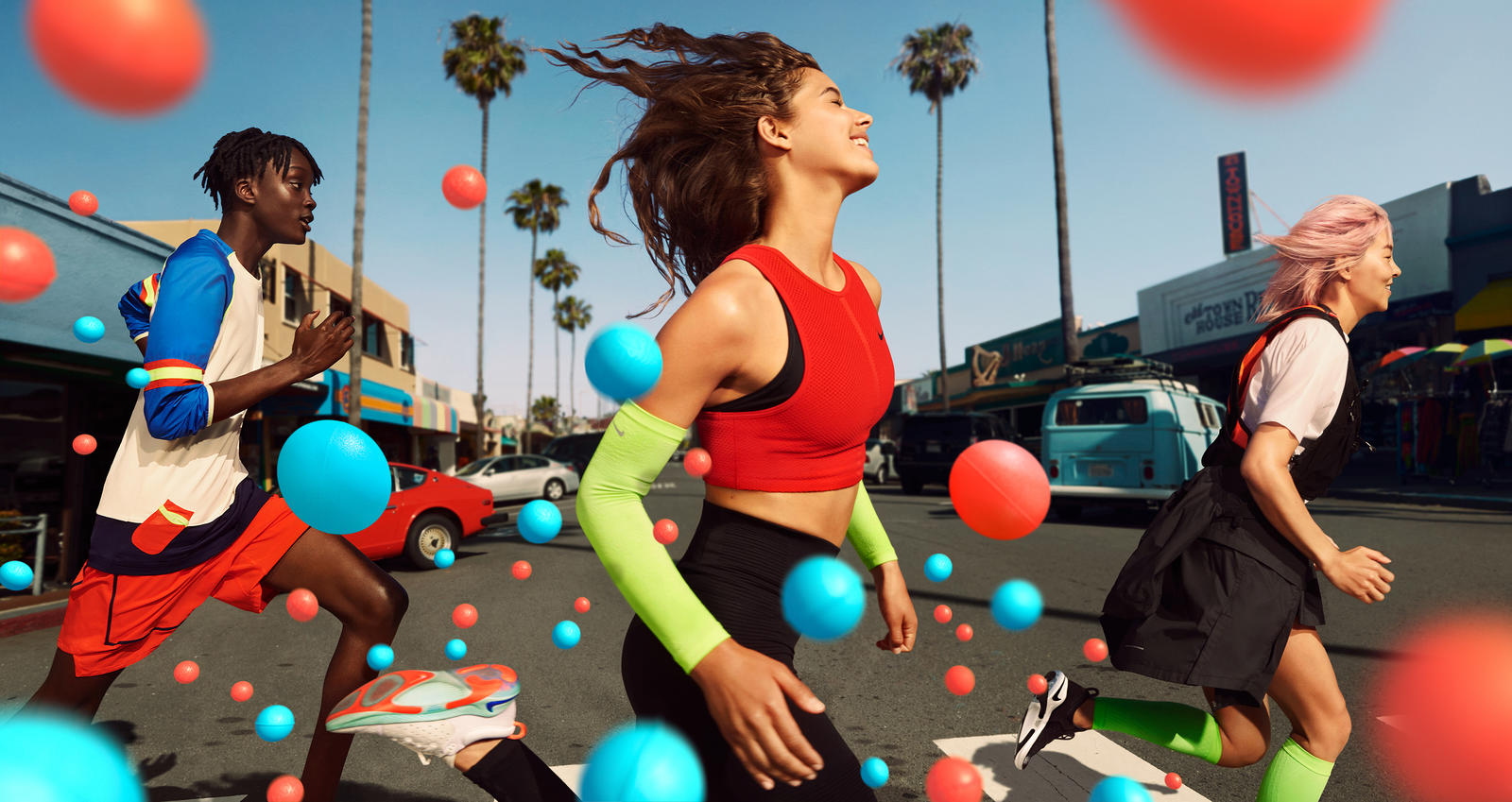 Give your workouts a boost with these fitness innovations in 2019

You can’t talk about fitnesswear today without a mention about the technology behind them. What once used to be the simple business of pushing out sneakers, tank tops, and shorts that the general public could afford has now burgeoned into a billion-dollar affair that demands research labs, actual engineers, and hours of testing by professional athletes.

Technology is such a huge part of the fit sphere now and it’s played such a big part in fulfilling people’s never-ending quest of being faster, stronger, and better. From Nike’s bead-filled soles and ASICS’ salt flat-tested Glideride, to Under Armour’s recovery sleepwear, here are some of the best fitness innovations this year. 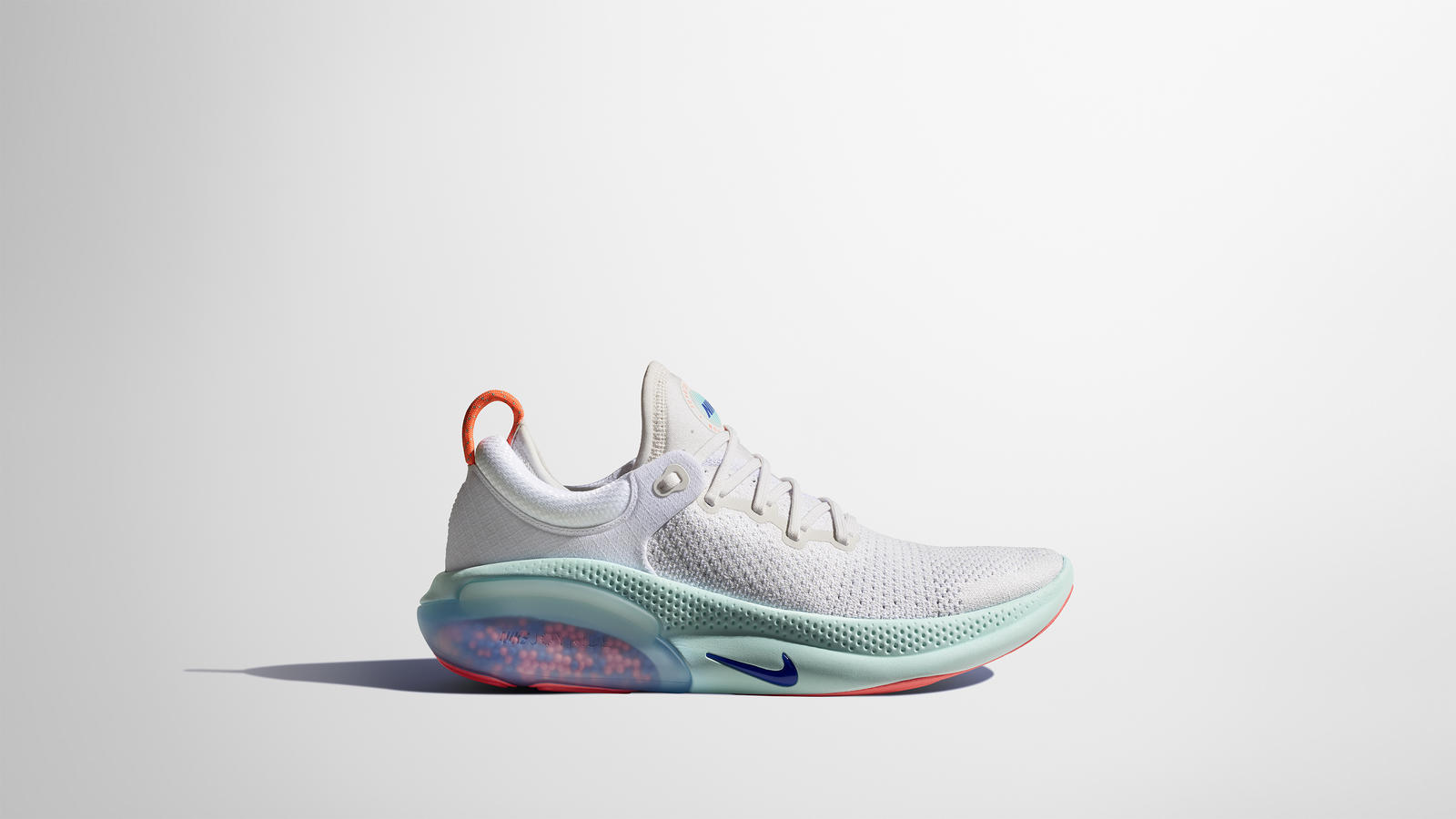 Hot on the evolutionary trails of the Nike Air and Nike React comes the Nike Joyride, only this time traditional foam has been replaced by small beads. Designed for optimal cushioning regardless of your running style, the Joyride sees thousands of these coloured bead-like balls in strategically-placed pods.

Because Nike recognises that not everyone runs the same, these beads are primed to address major points of a runner’s stride, lending a more responsive and personalised cushioning system that translates to better runs. More than a hundred materials were trialed over a decade before the sportswear giant settled on TPE beads, a copolymer of plastic and rubber, so expect cloud-like runs that’ll motivate you to run longer and faster.

If you were wondering just how many of these beads you’ll be getting in each shoe, the women’s US 8 sees over 8,000 in each half pair. Ergonomics has always been at the foundation of good running shoes, and ASICS has been one of the few at the forefront of this race. The Glideride is its latest pride and joy, a running shoe that features the new Guidesole technology.

Designed to eliminate energy loss, which is the bane of most long distance runners, the shoes are armed with a precision-shaped curved midsole that minimises movement at the ankle joint — the area where most energy is expended. The promise is that you’ll feel like you’re coasting through your runs instead of trudging through the track.

Testing didn’t just happen at ASICS’ headquarters in Kobe; the team took to the Salt Flats in Bonneville to put the shoe to the test. Other tech know-hows by the brand were also incorporated; the Fytefoam Propel technology boosts responsiveness, the Rearfoot Gel technology reduces shock on impact, and the Aharplus Outsole lends durability for when you go the distance. 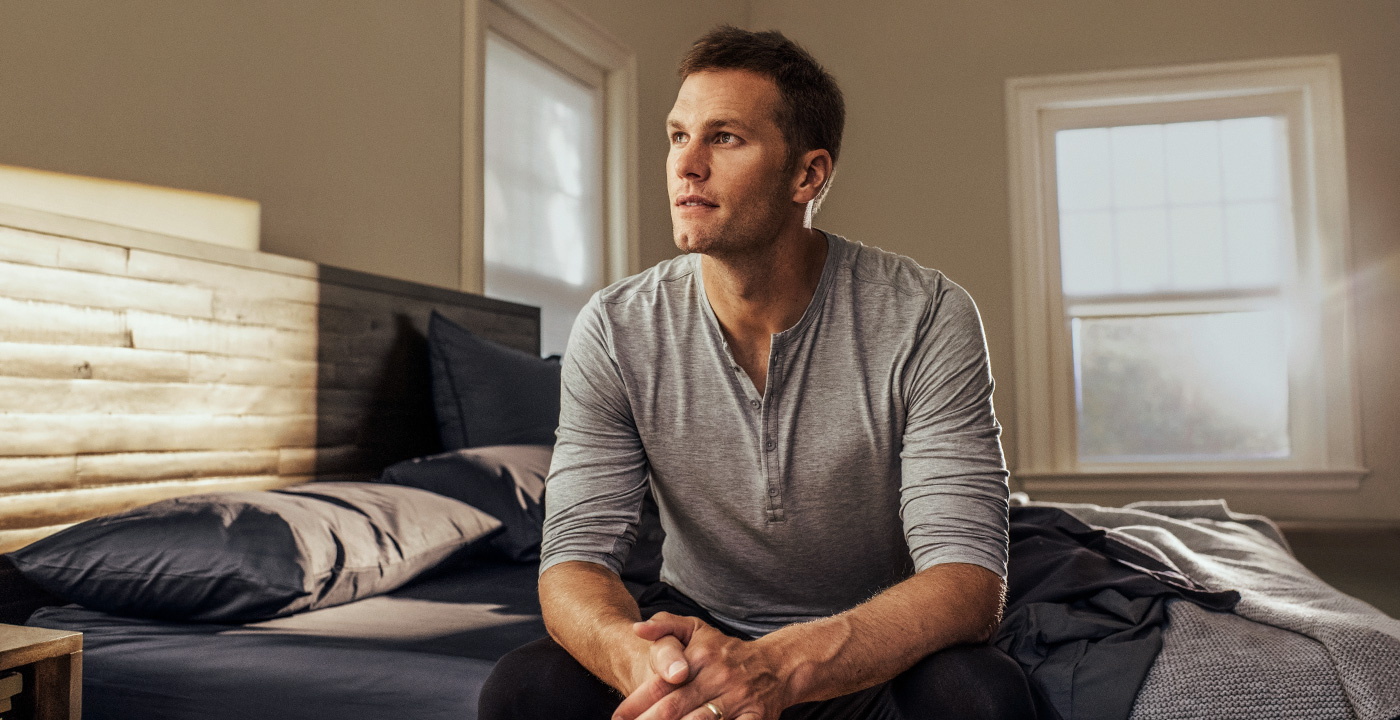 Athletes put their bodies through a remarkable amount of stress, so while many firms choose to invest in creating products that aid in training, Under Armour has tapped into a far more neglected territory: Pyjamas

Created in collaboration with New England Patriot’s star quarterback Tom Brady, the Athlete Recovery Sleepwear range incorporates bioceramic technology into the lining of the garments. The patterned lining works by absorbing infrared wavelengths emited by the body with bioceramic particles, and then reflecting Far Infrared Radiation (FIR) back to promote recovery and better sleep. The latter is a safe type of radiation that boosts cell regrowth, and have long been used in specialised saunas that athletes often turn to for more effective muscle recovery. 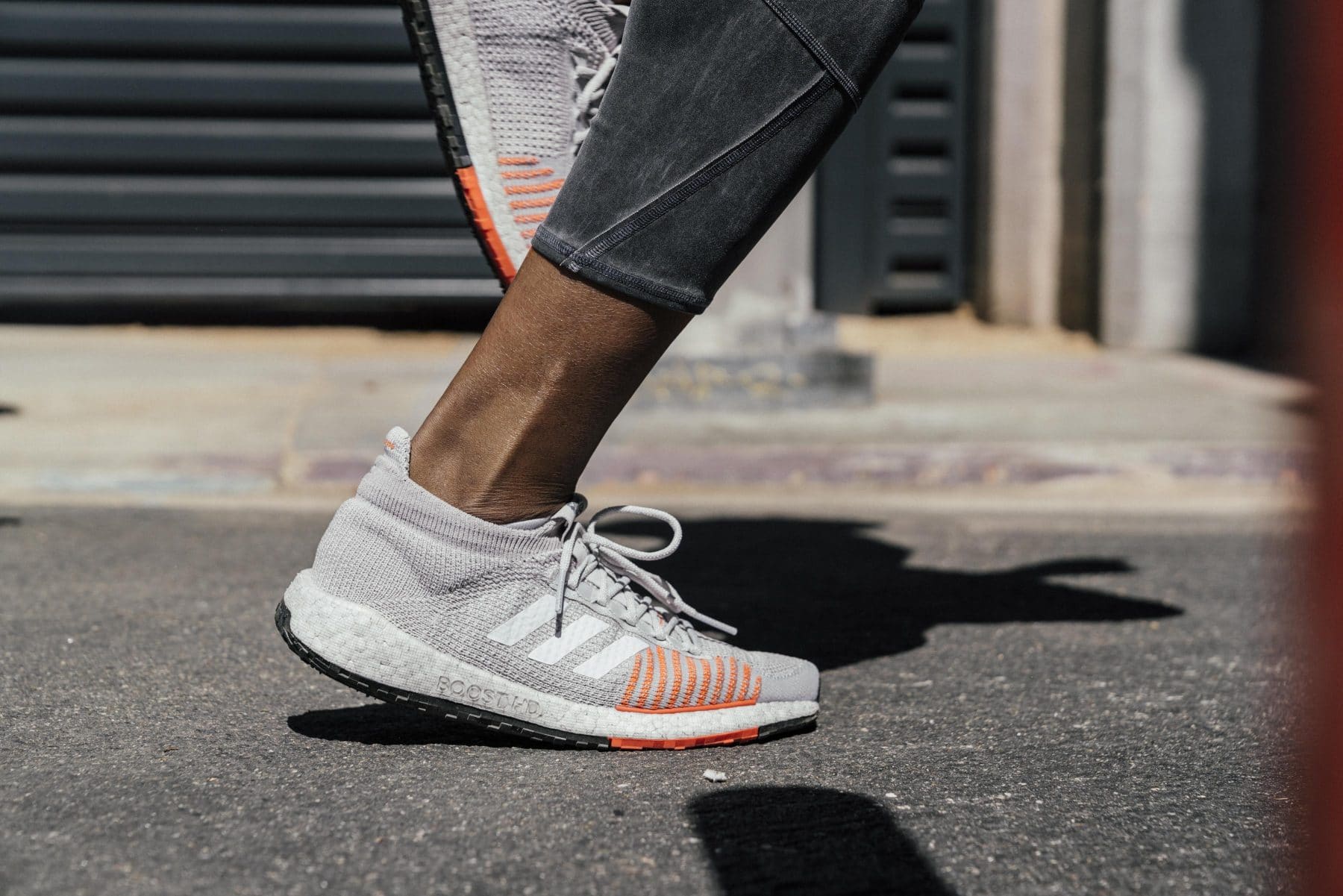 Adidas’ Boost cushioning technology has been so successful, that even Reebok couldn’t help but incorporate it in the upcoming Instapump Fury Boost. For runners, the Pulseboost HD is the fitness giant’s newest pride and joy, and are the first pair to use a new high-density version of this revolutionary technology.

Built with responsiveness, energy return, and comfort in mind, the Boost HD sole is designed to be more stable, especially for modern urban runners who have to navigate the twists and turns when running in the city. Its artificial intelligence-developed Adaptive Traxion outsole is more than adept at negotiating varying terrains in urban environments, and a QR code on the tongue will bring you straight to a Spotify playlist. If there’s a shoe which knows its millennials, it’s this one. 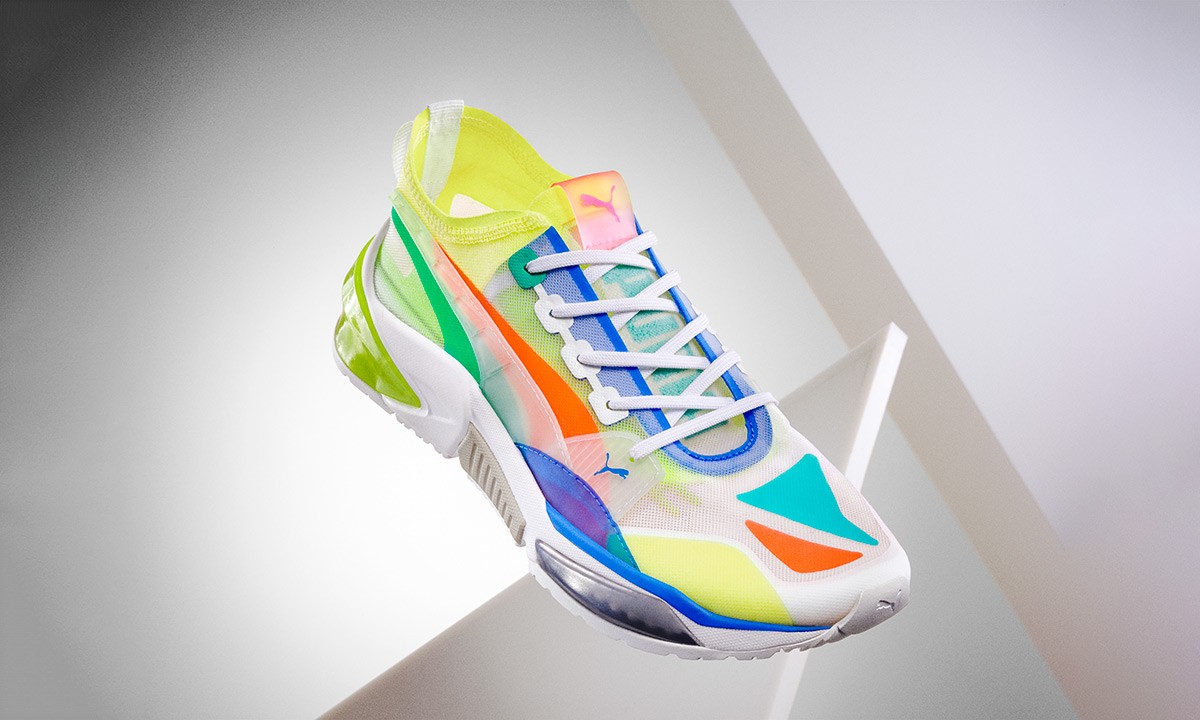 Puma too has something up its sleeves. The LQD Cell technology, which sees a midsole made of soft, hexagonal cells have made is way to the LQD Cell Optic.

Bolstered by the promise of dynamic responsiveness with stability, the cushioning technology works with forefoot underlays and ethylene-vinyl acetate (EVA) wrap-ups at the midsole to enhance athletic performance and energy return.

Health Technology Fitness Fitnesswear
Shatricia Nair
Deputy Editor
Shatricia Nair is a motoring, watches, and wellness writer who is perpetually knee-deep in the world of V8s, tourbillons, and the latest fitness trends. She is fuelled by peanut butter and three cups of coffee a day.
Motoring Wellness Watches