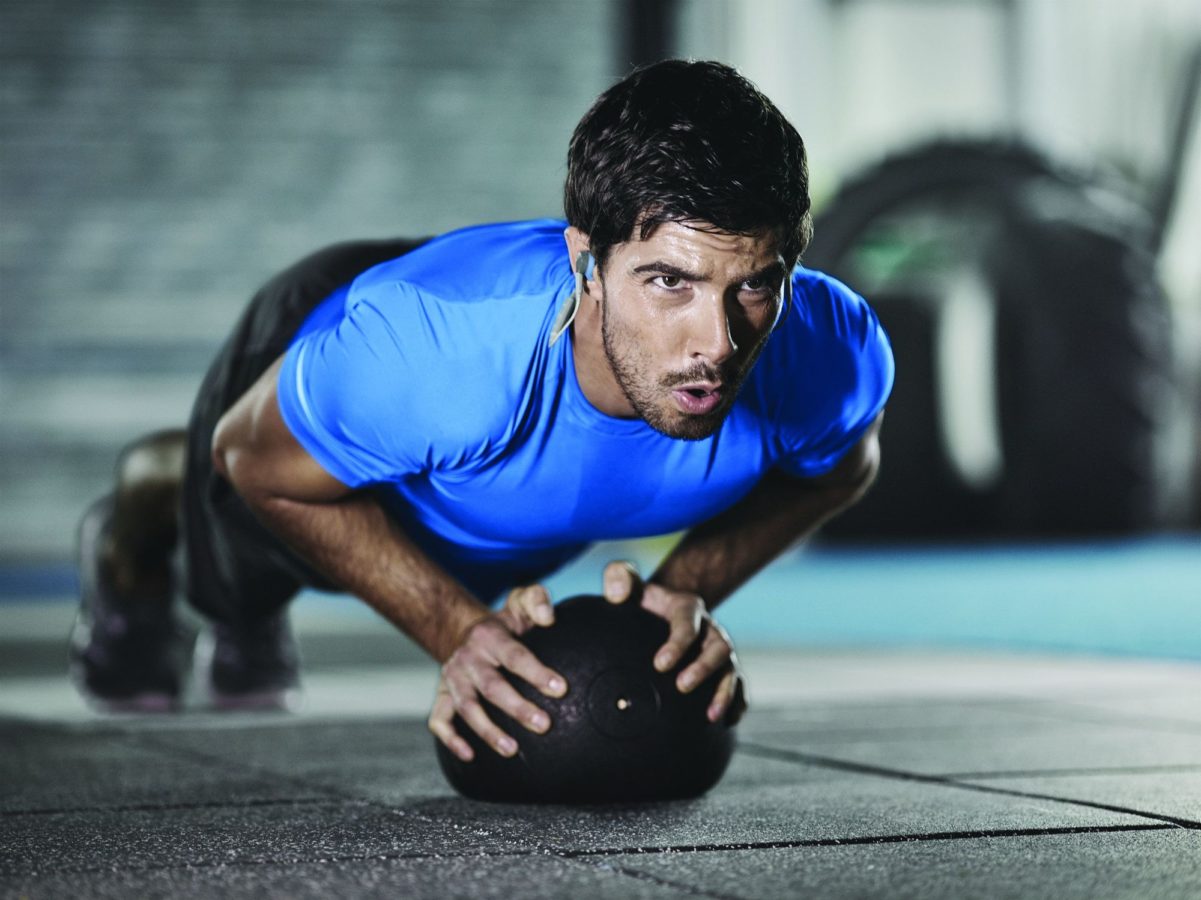 You only need to have forgotten your earphones once to know the immense struggle of completing a silent workout.

Unless you’re a psychopath who gets off on the sound of your own heavy breathing, music plays an immense role when it comes to exercise, especially if you’re having a rough day. Research has shown that running, cycling, or lifting with music can not only elevate your mood but also spike athletic performance and increase productivity.

If there’s anything we could use to make working out less monotonous, it’s the right playlist. Listening to the right music not only reduces the perception of a tough workout substantially but also reduces your body’s oxygen uptake and muscle movement when you sync your motion to a beat.

Unfortunately, the perfect workout playlist is more than choosing a bunch of your favourite songs. The art of manipulating your body’s efficiency with tempo relies on a bit of math and an understanding of what you want to achieve. A good pair of wireless earphones help too.

Here are some tips to get you started.

Ideally, your song selection should match the intensity at which you’re moving. While studies are divided between the benefits of using music synchronously during your workout, it’s always extra motivating to have something to keep the pace with.

If you’re hitting up some cardio before your workout, pick two or three songs that gradually increases to 120 beats per minute (BPM), which is roughly the number you want your heart rate to be before you begin your routine.

For those trying to build stamina and speed, this BPM increases to up to 200BPM after around 10 minutes of warm-up. Plenty of strength work do not have consistent movements to base this on, so 120 – 140BPM is considered the rhythmic “sweet spot” — a comfortably energetic speed without tipping into an endurance pace.

If you’re a beginner to the world of exercise and prefer a slower pace, count the number of strides you can do in a minute and match that to the BPM of any song. SongBPM.com and the app Rock My Run are resources which can help you organise your favourite tunes. iTunes will also let you sort songs from your own library according to BPM.

You’re obviously not going to start your workout by dead-lifting 100kg, so don’t begin your playlist that way. These tunes are a mindful way of bringing your entire session together, from warm-up to in-between transitions and cool down, so pay attention to the whole routine.

If you’re constantly on the move (i.e. running on the treadmill), choose songs that appear in close proximity so that the awkward silence in between doesn’t throw your pace off. There’s something very disconcerting about transitioning from say, hip hop to death metal, so keep music styles as similar as possible to avoid feeling confused midway.

For high-intensity interval training, songs that are around 180 to 200 BPM can help you keep the pace throughout. Finishing with something mellower during cooldowns will not only provide a sense of conclusion to the workout but also help lower your heart rate to a resting one.

It’s normal to dread a workout. Instead of forcing yourself through your boisterous EDM-powered routine, build reserve playlists to match a lower energy level so you don’t feel like you’re struggling to keep up. Tunes with inspirational lyrics and uplifting melodies with an energising rhythm (think prominent percussion features) have the ability to spur you into the right mindset again.

Let the beats push you further

Facing a fitness plateau? The answer to taking your routine to the next level could be as simple as re-jigging your playlists. If you’re looking to step up your work rate, select songs that have a slightly faster pace than your usual ones — five to 10 BPMs can make a substantial difference. You’ll not only do more work with faster music, but also mind the increased workload less.

Wellness Fitness music playlist covid-19
Shatricia Nair
Deputy Editor
Shatricia Nair is a motoring, watches, and wellness writer who is perpetually knee-deep in the world of V8s, tourbillons, and the latest fitness trends. She is fuelled by peanut butter and three cups of coffee a day.
Motoring Wellness Watches