It’s one thing to train for leaner arms, but a whole different ball game when you’re training for a chance at making the podium at the Olympics. Just getting to the world stage makes these competitors the epitome of athletic perfection, and we all know it literally involves a lot of blood, sweat, and tears.

But that shouldn’t stop you from your goals of achieving physical and mental strength like theirs. As  a national rower who’s had to put in double the effort to fund her quest to qualify for last year’s Rio Olympics, Saiyidah Aisyah is no stranger to working extremely hard to getting where she is now.

Rowing has yet to be a recognised a sport as, say, table tennis or swimming in Singapore, even though the training is equally gruelling, and a small community means it’s hard to find partners to train with.

Perhaps what’s most remarkable is that instead of giving up on her dream, the 28-year-old became the first ever Singapore rower to qualify for the Olympics. But the spirited athlete is just like all of us. Outside her sport, she enjoys a long run or a good game of netball, but dislikes cycling and swimming laps even though they’re part of her cross-training program.

During competition season, she maintains a strict, highly-nutritious diet to support her vigorous training, but off season, she (not-so-secretly) indulges in salted egg chips and her current obsession, soya bean ice cream.

Aisyah’s determination to succeed, however, sets her apart from the rest. After all, she trains twice a day, every day, except Sunday. Her early mornings usually start with a rowing session after a light snack, and her second workout in the evening sees her at Fitness First for a supplementary weight program of squats, deadlifts, bench presses and basic weight lifting. To honour Singaporean athletes who’ve competed at the Olympics since 1948, Fitness First has pledged to support current Team Singapore athletes and past legends on their fitness journeys.

Amongst all the extensive workouts that are on her to-do list, she reveals there are a couple she finds most useful for gaining strength, muscle and stability. Here, she demonstrates 5 smart moves that will get you an Olympian physique in half the time. Back squats mainly aim to tone the lower body, but every squat requires you to tighten your core. Tsunami Bars are flexible composite barbells that help generate more dynamic weight compared to conventional steel bars, and activates more stabilisation muscles the same way using a heavier weight does. Rowing requires a lot of lower body push, which is why squats are essential in every rower’s strength programme. 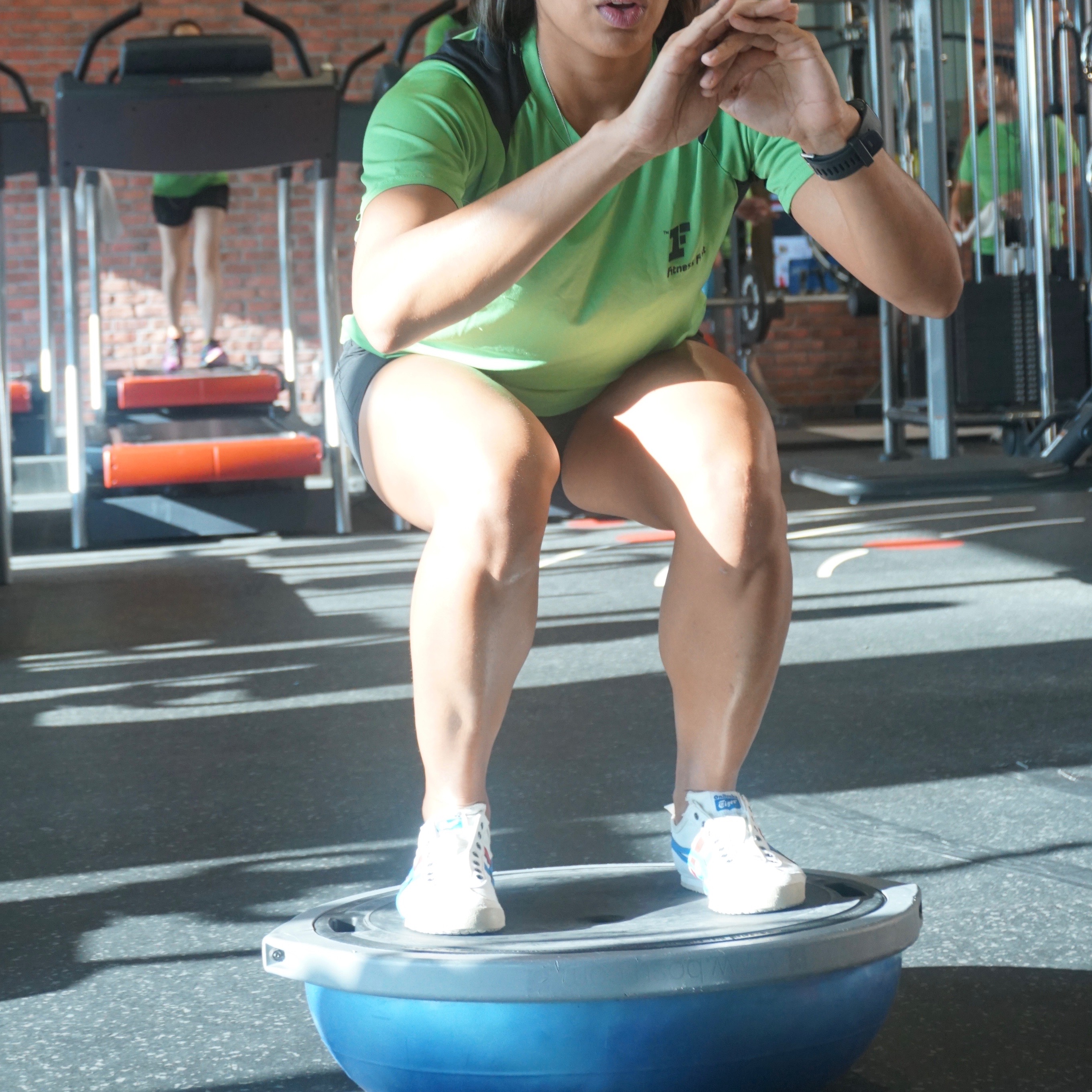 I love the BOSU Ball because it requires a lot of stability and core strength to keep the ball stable. Most of us are dominant on one side, and the BOSU Ball ensures that we’re exerting equal pressure on both sides. It’s definitely good for rowers because we need to be balanced on the boat. 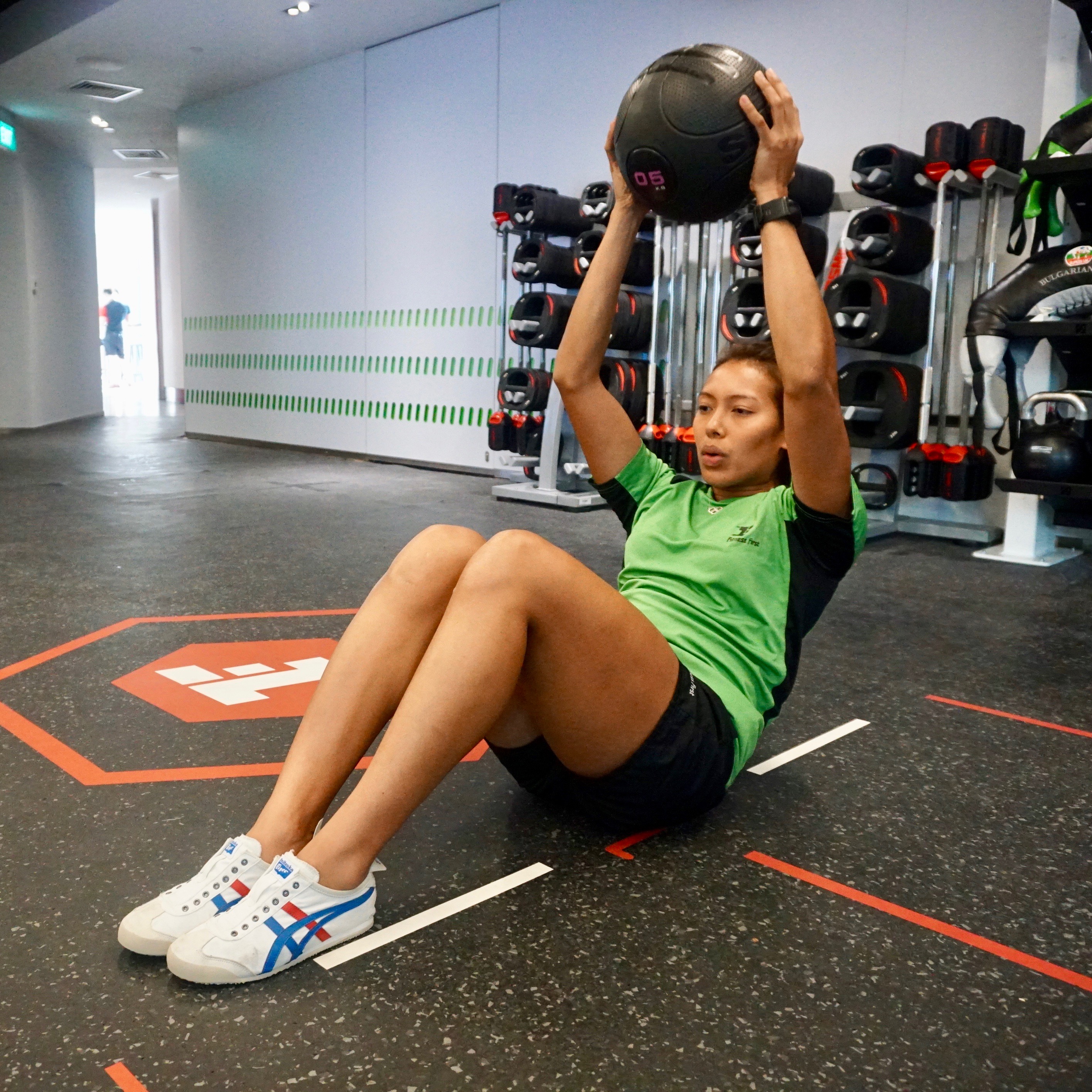 Doing crunches with a medicine ball over my head is an extension to the normal crunch. It adds more resistance and work on your shoulders as well. 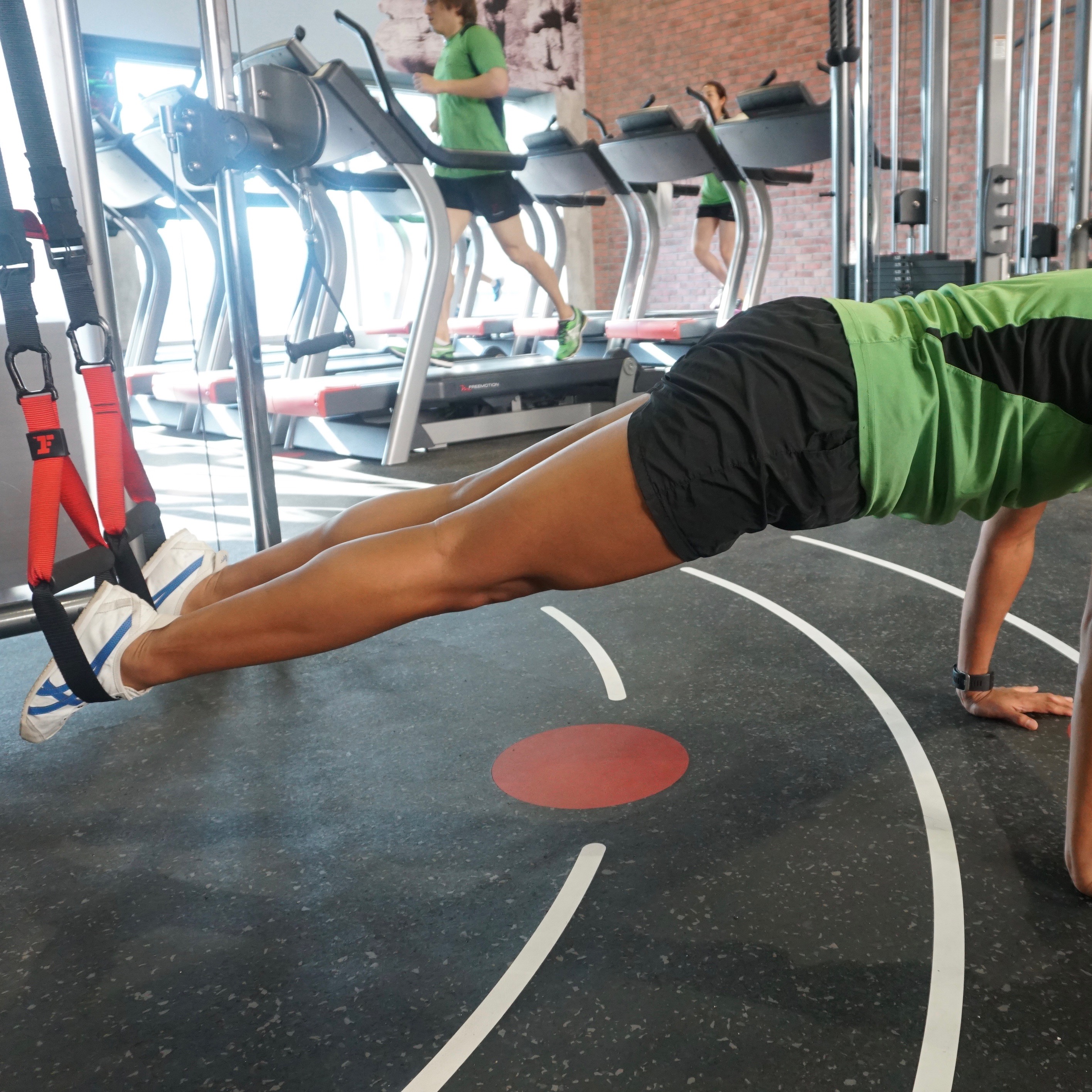 This combo is a full body workout on its own. Just being in a planking position on the TRX requires activation of your whole body — from the scapula and lats to abs and glutes. Pulling in the knee towards your chest works massively on your hip flexors, which is important for building strength and getting more out of your core workouts. I love the TRX because it provides endless variations to a workout. You can do one knee tuck at a time to increase difficulty, or tuck the knees in on each side to work on your obliques. 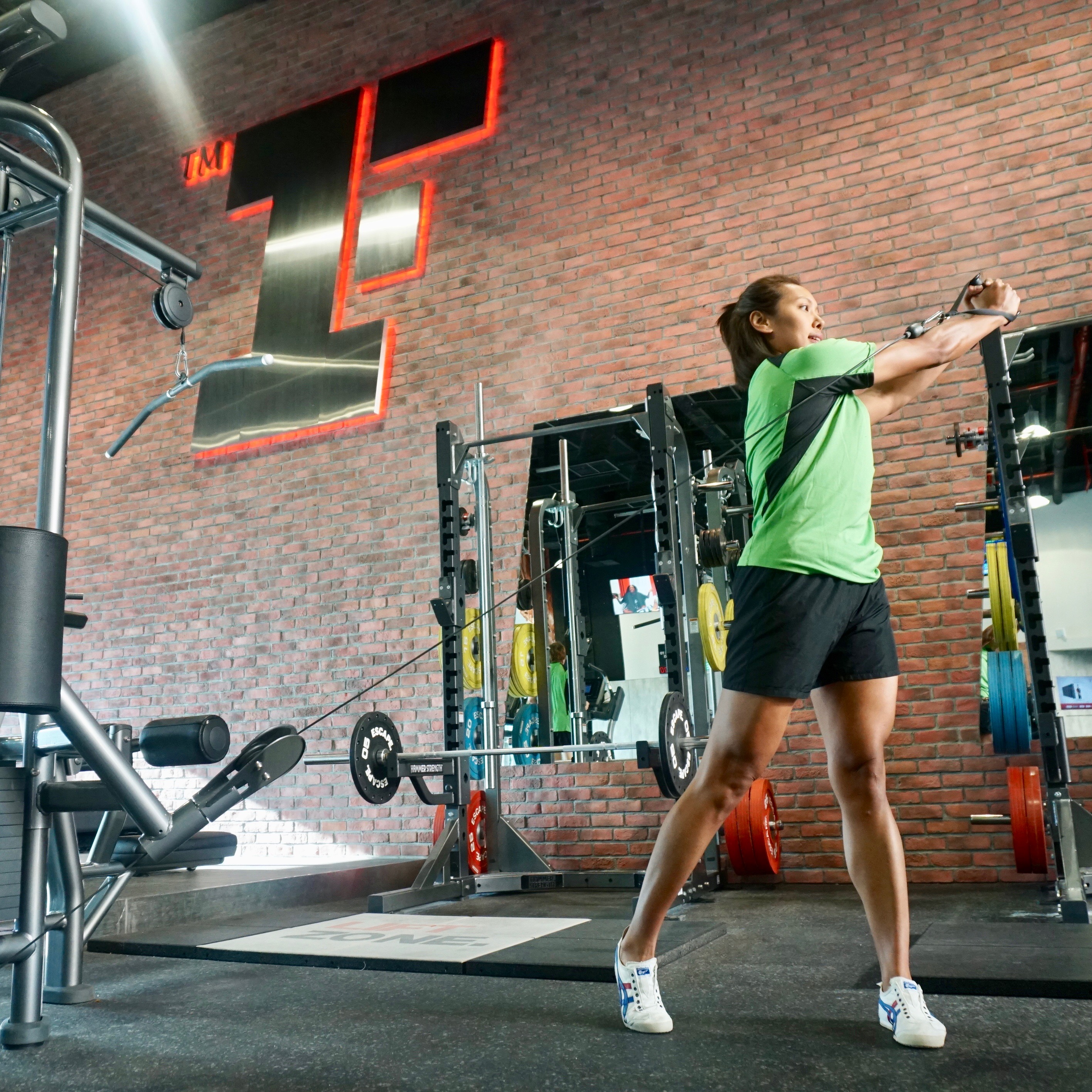 The cable wood chopper is a good workout for your obliques. It’s important to keep the abs activated throughout the whole rotation.