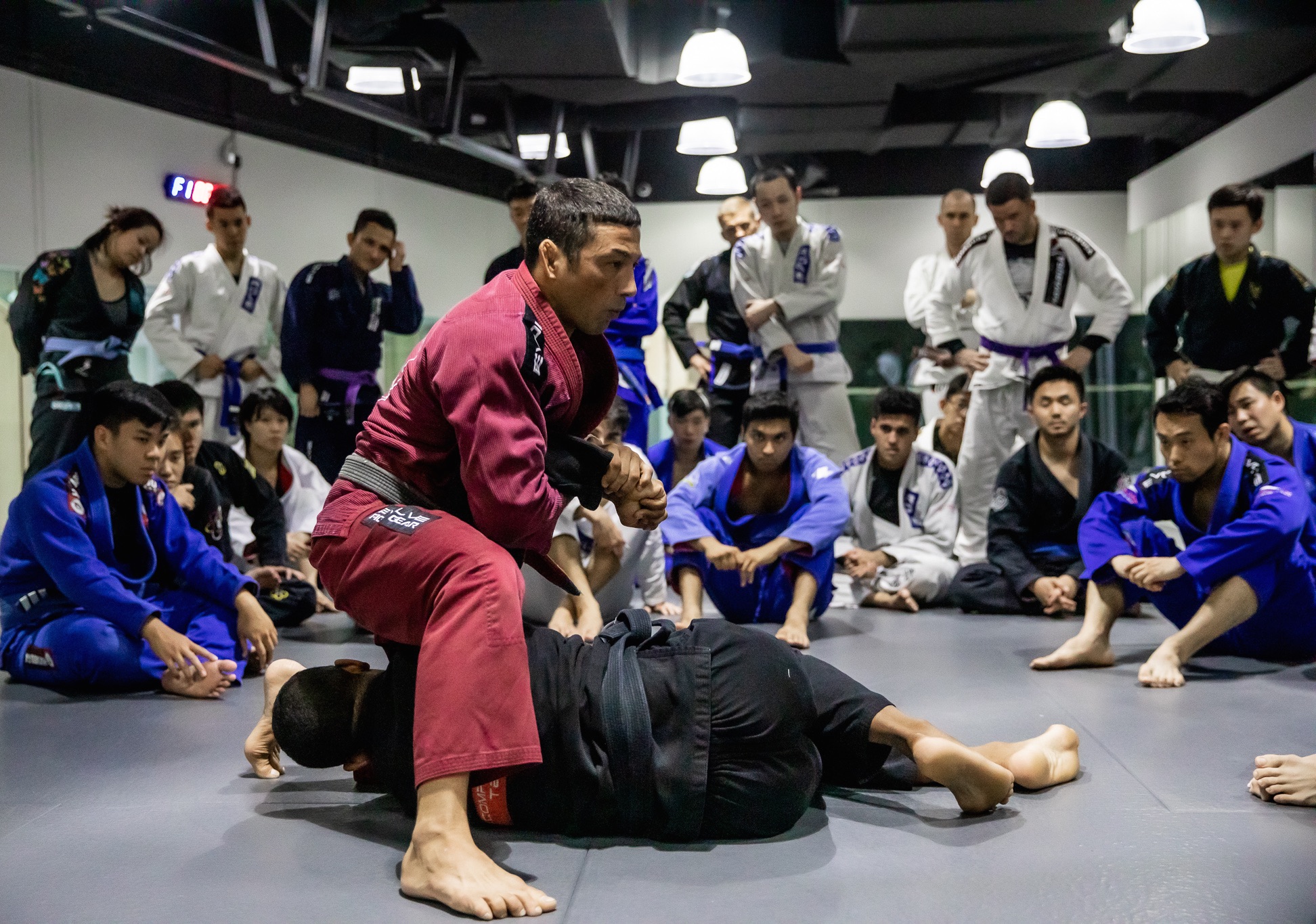 Most of you would’ve tried some sort of martial art in some point of your life, but chances are it’s either one of these two: Boxing or Muay Thai. Brazilian Jiu-Jitsu (BJJ), while now catching up quickly, has always been a form of combat that enjoys lesser time in the spotlight, even though its been one of the most important aspect of mixed martial arts.

If you’ve always wanted to delve into the “gentle art” in Singapore, Evolve MMA is inarguably one of the best places to get started. It’s fifth academy — located in the heart of the entertainment district at Clarke Quay Central — not only extends the convenience of the sport to more people, but also access to their World Champions. After all, the gym is synonymous for being home to the most number of these international superstars— think names like Shinya Aoki, Angela Lee, and Alex Silva.

To learn what all the buzz about BJJ was, we put ourselves through a private class at the brand new gym with two-time World Champion and coach to Singapore’s BJJ national team Teco Shinzato.

Set on the fourth floor of Clarke Quay Central, Evolve MMA’s new academy draws on the same ethos as its existing gyms to provide a state-of-the-art premium facility to members. The gym also does a good job in rendering all excuses useless; it runs seven days a week from early morning to late night and has direct access to the MRT station, so there’s the added benefit of convenience here.

Like all Evolve MMA gyms, this one boasts ample space for all disciplines of martial arts to train at together, complete with padded floors, Muay Thai bags, and boxing equipment. The fuss-free aesthetics that characterise the gym however stops at the changing rooms and shower stalls, where a vastly different warm and chic interior greets you instead as you wind down from your workout.

If you’re looking for an after-work activity that’s a walk in the park, Evolve MMA isn’t for you. The gym has been known to push people out of their comfort zones to challenge themselves, with a little help from some of the industry’s best, no less. BJJ is but one of the many disciples on offer here, and alongside the usual boxing, Muay Thai, and wrestling are strength and conditioning options such as Warrior Fit to create an all-rounded fighter in you. Classes for the little ones above the age of four are also offered here.

Evolve MMA’s stellar team of BJJ black belts was already at least 10 strong before Teco Shinzato joined in 2015. As a 4th degree Black Belt in BJJ under the legendary Elcio Figueiredo, the decorated Brazilian grappler also brings over more than 25 years of experience to his role as an instructor, alongside the glory of being a two-time Black Belt Mundials World Champion.

A quick introduction to Shinzato would never let in that his favourite techniques are the arm bar and rear naked choke, but it was clear that the very affable Brazilian native knew exactly how to stir excitement in the sport, especially amongst beginners. He took great patience in explaining that the sport is not about two adults tugging at each other on the ground, but rather a clever mental game that’s quite akin to chess.

Still, BJJ is a highly physical sport that requires the right techniques to prevent injuries, so Shinzato started us off with the basics. This included rolls, bridging, and shrimping — three moves which develop hip flexibility and overall body coordination. Shinzato’s attentiveness and concise instructions made it very easy for us to nail these moves.

We then move on to the more exciting topic of guarding and attacking, where we tried out techniques such as the half-guard, mount, and side control. Every move is thoughtful and purposeful here, and nowhere near the chaotic struggle Brazilian Jiu-Jitsu might appear to be to a novice. As a little treat, Shinzato finished the session by showing us how to execute the rear naked choke, a move often used by professional fighters to force submission.

If you want to dip your toes into BJJ — or any form of martial arts for that matter — Evolve MMA really is an unrivalled option here. The latest Clarke Quay outpost is not just another convenient option for time-strapped office-goers in the vicinity looking to let off some steam. What you can expect instead is an institution of world champions that are focused on passing down the right techniques and knowledge, the same ones that have won them their well-deserved titles in the first place.

Wellness Fitness Evolve MMA Mixed martial arts gym review
Shatricia Nair
Senior Writer
Shatricia Nair is a motoring, watches, and wellness writer who is perpetually knee-deep in the world of V8s, tourbillons, and the latest fitness trends. She is fuelled by peanut butter and three cups of coffee a day.
Motoring Wellness Watches