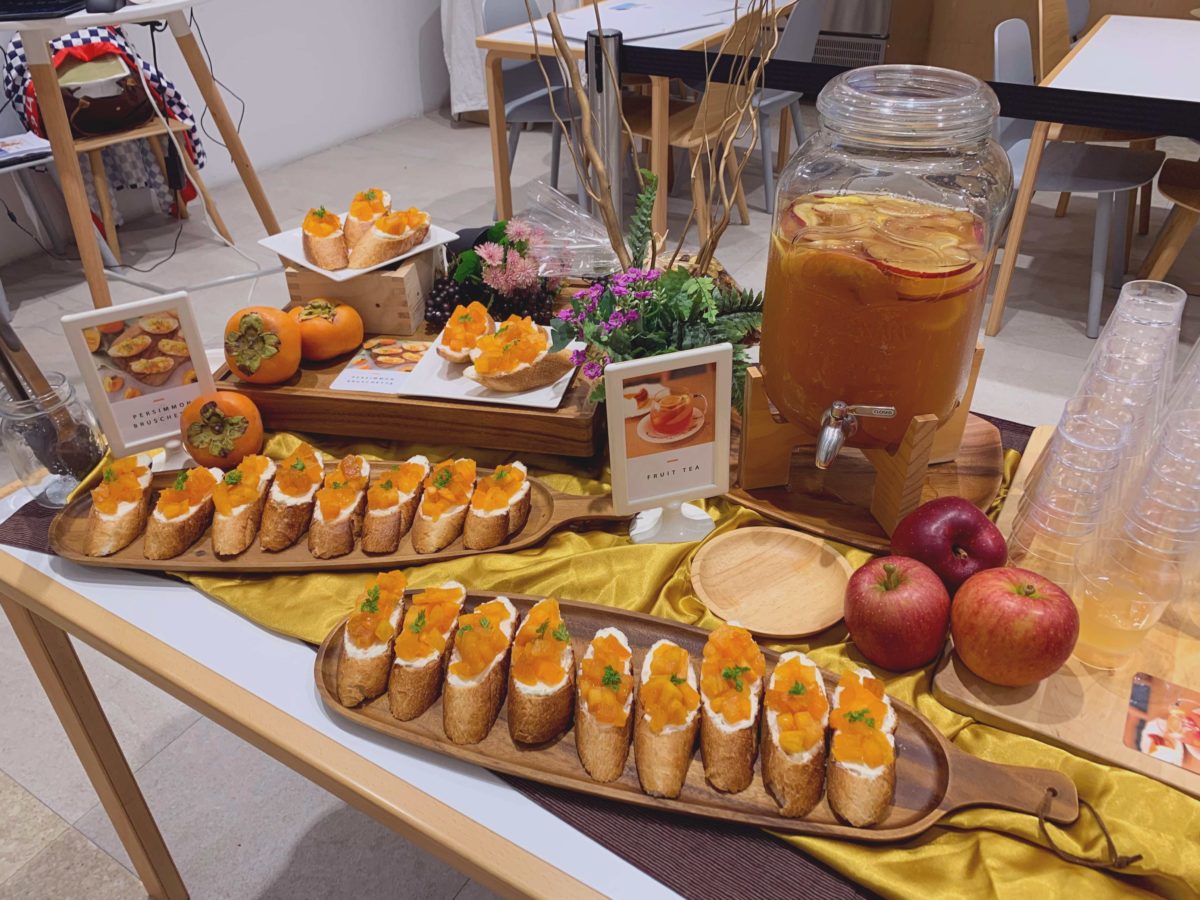 Ask any Singaporean where they want to head to after the pandemic is over and more likely than not, Japan will be on the cards.

This doesn’t come as a surprise: according to a press release by Expedia, Tokyo has cemented its spot as one of the top three year-end destinations in 2018 and 2019 for Singaporeans. 2020 may have put our travel plans on standstill this year, but thankfully, one doesn’t have to travel too far to get fresh, Japanese produce in Singapore.

ABC Cooking Studio is collaborating with the Japan Fruit and Vegetables Export Promotion Council (J-FEC) to showcase seasonal produce, so that one can bring the experience of Japan right to your doorstep.

There doesn’t seem to be much variety when it comes to working with fresh produce — fruits, for instance, are usually washed, cut and served without any frills at home. As part of J-FEC’s efforts to promote Japan-grown fruit and vegetables, they held a two-day tasting session to showcase easy and refreshing autumn treats that are perfect for recreating at home. The tasting session, held at ABC Cooking Studio at Funan Mall, saw participants taste for themselves a sweet Persimmon Bruschetta and a light Apple fruit tea.

Over on ABC Cooking Studio’s social media, guests can also find simple recipes using Japanese fruits and vegetables. Apart from the Persimmon Bruschetta and Apple fruit tea that were showcased at the tasting session, other five-step recipes like the Chilled Corn Soup and the Japanese Yam Cheese Ball are also featured on the cooking school’s Instagram page.

During the tasting session, guests were also treated to an informative presentation by ABC Cooking Studio. Here, they learnt about different seasonal Japanese fruits and vegetables such as the cantaloupe and the sweet potato, which included simple recipes and tips for when they are in season.

ABC Cooking Studio Japanese Fruit and Vegetable Export Promotion Council
Lifestyle Asia
Here's where you can read the latest news and stories from Lifestyle Asia, curated from all of our editions in Hong Kong, Singapore, Kuala Lumpur, Bangkok, India and Paris.
Luxury