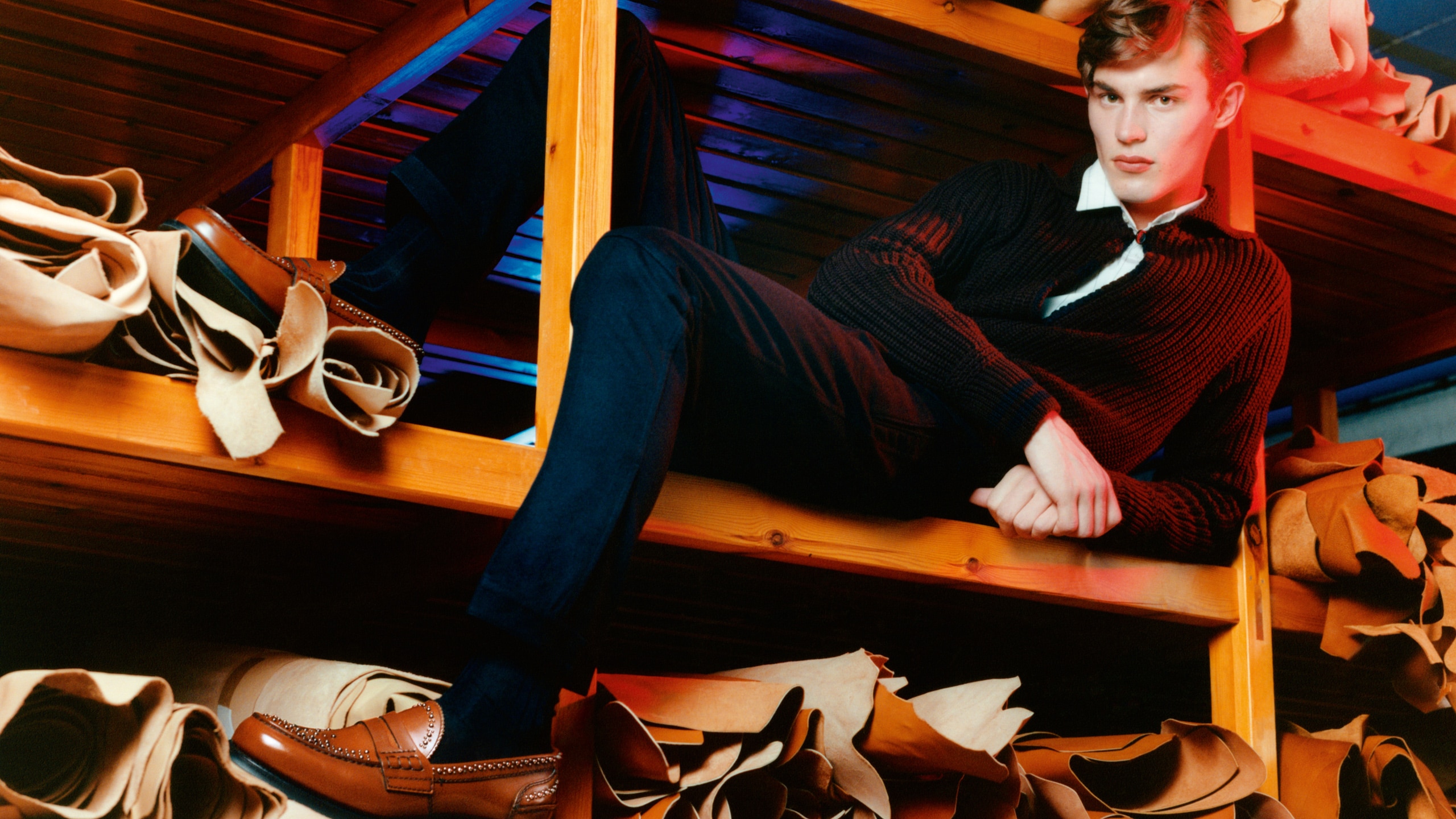 It’s always heartening to see legacy brands stick true to their roots and not succumbing to the pervasiveness of fast fashion. Over at Church’s, instead of transporting us into a bustling, cookie-cutter metropolis, they’ve opened the doors into their historic Northampton factory for their latest FW18 campaign.

Built in the wake of the Second World War, the factory became Church’s headquarters in 1957. Six decades later, the complex is still producing footwear for both men and women. But two new faces have appeared along the corridors of the assembly line. One can immediately notice that they’re not your typical craftsmen with their smart sartorial choices, courtesy of stylist Pau Avia.

The duo, Kit Butler and Julie Hoomans, take us on a tour of how a Church’s shoe is made. Storage areas, conveyor belts, and leather cutting rooms play the backdrop to Church’s FW18 collection, including the Angie pump and Ketsby boot. It’s a fascinating insight into the meticulous process of how each pair of Church-branded footwear is made.

The Shannon derby, as seen on Kit. (Photo: Church's)

As Church’s peels back the layers for us to have a glimpse at the manufacturing operations, let us not forget the sole focus of the campaign: the shoes. It’s not just a semi-romantic creation story about how each Derby shoe was hand-stitched lovingly within the walls of the Northampton factory. It is a testament to their sturdiness and craftsmanship. If two gorgeous models have no qualms walking around an industrial facility in Church’s footwear, it only proves their sustainability in a rugged environment.

The Wrexham monk, for example, is constructed with the Goodyear method and has a thick triple sole with storm welts to keep water at bay. The Pembrey loafer is given a contemporary update with metallic embellishments and sports a thick diamond-textured sole, making it perfectly suitable for winter.

Church’s FW18 offerings is a textbook demonstration on how winter footwear should be done. Classy, but utilitarian at the same time. They’re not your chunky boot that will draw the wrong type of look from passersby. It’ll be evident to anyone that the footwear you’re sporting has been treated with 140 years of tradition.

A Church’s shoe will not just take you places—they’ll also get you to the right place in elegance.

Shoes Footwear Church's
Josiah Neo
Writer
Josiah Neo is a tech writer who contributes occasionally to the fashion, travel, and culture beats. When he’s not busy keeping up with the keynotes, he’s probably stuffing his face with the best Melbournian donuts (at Shortstop, BTW) or watching his favourite esports team, the Los Angeles Valiant, pummel their opponents into oblivion.
Technology Travel Fashion Culture

We should all be feminists: Dior’s new book on the female gaze and Maria Grazia Chiuri