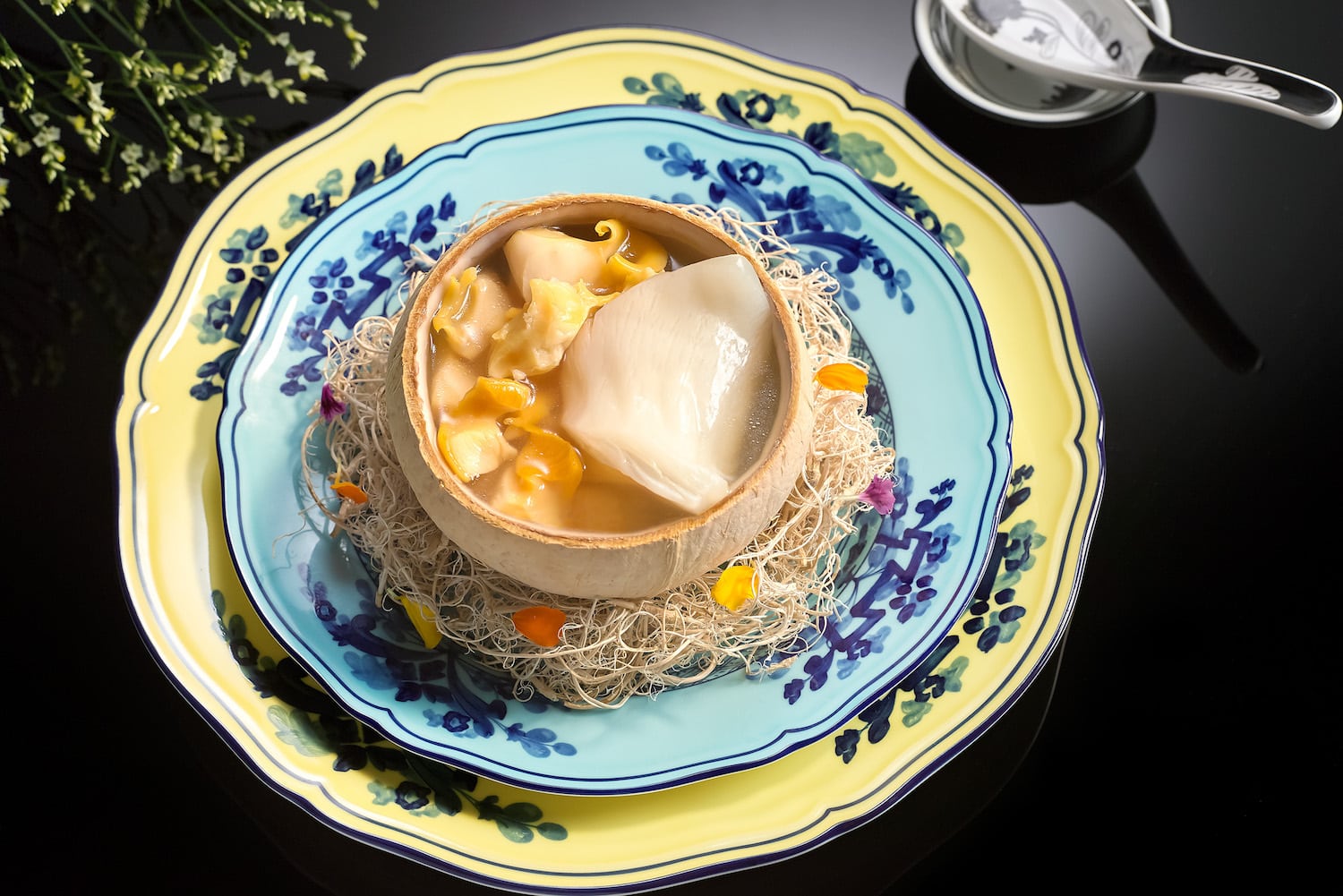 How chefs in Asia are reinventing traditional Cantonese cuisine

With its deep-seated traditions and centuries-long history, Cantonese food doesn’t appear to be a cuisine that’s easily susceptible to reinvention or modern flights of kitchen fancy. Yet shrewdly and skilfully, some of the most talented chefs in Chinese restaurants around Asia are revamping Cantonese classics for the modern-day palate, whether it’s through incorporating Japanese or Western ingredients, experimenting with new methods, or reinterpreting age-old recipes with a contemporary twist.

Despite worries that some of the finer points of Cantonese cuisine may be lost with the ageing, old guard of Chinese chefs, there’s no denying an up-and-coming generation of culinary stars who are redefining the way we appreciate and consume dishes from dim sum to siu mei. For those seeking a new perspective on familiar dishes during their travels, pay a visit to these restaurants around Asia that are paving a new path for Cantonese cuisine.

At this gilded restaurant located on the Wan Chai harbourfront, chef Suen Kam Sing dishes up Instagrammable, elegantly plated dishes that capitalise on bold flavours and surprising ingredient pairings. One of his signature dishes is deep-fried lobster, drenched in a special homemade sauce that incorporates lemongrass and curry leaves in an unexpected nod to Southeast Asia. The succulent chunks of sweet crustacean are encased in a golden batter and served with deep-fried fluffy buns for mopping up the tangy sauce. As for his take on the ubiquitous char siu, chef Sing glazes pork collar butt in soy sauce and maltose, served with an ice-plant salad with sesame sauce for a refreshing contrast.

“At Dynasty, we craft indigenous Cantonese dishes with handpicked premium ingredients, adding a twist to satisfy guests’ palates while bringing them unexpected surprises,” says chef Sing. He recommends indulging in the restaurant’s award-winning Champagne Pairing Menu, with exquisite pairings such as lobster curry with RSRV Blanc De Noirs 2009, the bubbly bearing distinctive aromas of yellow fruit and a hint of toasted brioche to underscore the umami of the rich seafood.

The Ritz-Carlton brand is well known for its stellar F&B offerings, and this is certainly the case at the brand’s flagship hotel in The Lion City. One-Michelin-starred Summer Pavilion pays due respect to traditional Cantonese culinary traditions; however, Chinese Executive Chef Cheung Siu Kong isn’t afraid to experiment with new ingredients and techniques. One of the ways he creates the element of surprise is through Western-inspired table-side theatrics, such as in the poached rice with lobster, where the dish is finished at the table with a hot broth, thus heightening anticipation for diners. (Kong adds, “This also makes for a great Boomerang video opportunity.”)

Other dishes such as smoked abalone are also unveiled at the table, enveloping the table in a fog of aromatic smoke. This attention to presentation is no accident: chef Kong explains that he spends about 70 percent of his time considering ingredients and techniques, while the rest goes into styling a dish. His other focus is on creating that elusive ‘wok hei’ in his dishes, the complex charred aroma and flavour intensity associated with wok cookery. As for a wok-fried dish that needs to be reheated? That’s an absolute no in Kong’s books. “These fundamental principles are crucial to keep in consideration when I conceptualise a dish,” he says. “The presentation has to be appealing, but the plating process should not be complicated or time consuming.”

There may be nine F&B outlets at the recently opened The Shanghai EDITION, but Canton Disco easily stands out for its progressive and pioneering approach to Chinese cooking, with a playful menu spearheaded by chef Jowett Yu of Ho Lee Fook fame. The kitchen here, run day-to-day by head chef Michal Janczewsk, doesn’t so much test as completely break down the barriers of traditional Cantonese culinary conventions, incorporating ingredients from sliced bottarga to red pepper jam. Dishes such as pig’s trotter terrine (referred to as ‘crystalline pig terrine’ in Jiangsu) blend cross-cultural influences with intriguing results: The terrine is cut into geometrical, bite-sized pieces and reassembled back together to resemble an actual crystal — paired with both Chinese and Western condiments.

According to chef Janczewsk, dishes aren’t reinvented simply for the sake of reinvention. “The most important process in reinventing anything is to know and understand where it came from, what is the traditional method and why it’s like that. Without that knowledge, I don’t have a strong enough foundation to base our new ideas,” says Janczewsk. That spirit of balancing tradition and innovation flows through the restaurant from the kitchen to the menu to the décor, with old-school glamour juxtaposed with disco cocktails and a lively soundtrack. The result? A restaurant that’s unlike any other in Asia.

A grandiose traditional setting — think white tablecloths, gold chandeliers and touches of Chinoiserie — bely the creative and surprising menu at Yue, the flagship Chinese restaurant of the Sheraton Guangzhou Hotel. This blossoming food city is upping its international profile thanks to well-thought-out and inventive restaurants such as Yue, helmed by Executive Chef Tommy Lee. With views of the bustling Tianhe shopping promenade, Yue offers up a smart take on Guangdong cuisine while drawing influences from around the region.

Settle down on one of the plushly upholstered, high-backed chairs or cosy up in one of 15 private dining rooms and prepare to indulge in elegant and seasonal cuisine from the experienced kitchen team. The delightful menu ranges from Peking duck with mango and caviar, to stewed tofu with grains in pumpkin broth, baked lobster with cheese, and steamed crab with egg white. Chef Lee pays deep attention to seasonality and hand-picks the season’s freshest and superior ingredients, which serve as the backbone to his slightly whimsical creations. Don’t miss the stellar wine list to pair.

The ‘Top 52 Restaurants and Bars’ by Marriott Bonvoy highlights the one-of-a-kind F&B experiences available at Marriott properties across the Asia-Pacific region. For more information on Top 52 events, experiences and workshops, visit the website here.

Dining Marriott Marriott Bonvoy shanghai edition
Leslie Yeh
Editor in Chief
Having worked as a lifestyle editor for almost 10 years, Leslie is thrilled to be writing about the topic she loves most: wining and dining. When she's not out pounding the pavement for the latest new restaurant opening or tracking food trends, Leslie can be found at home whipping up a plate of rigatoni vodka and binge-watching Netflix with a glass of Sauvignon Blanc in hand.
Dining Restaurants Food Trends Drinks Travel