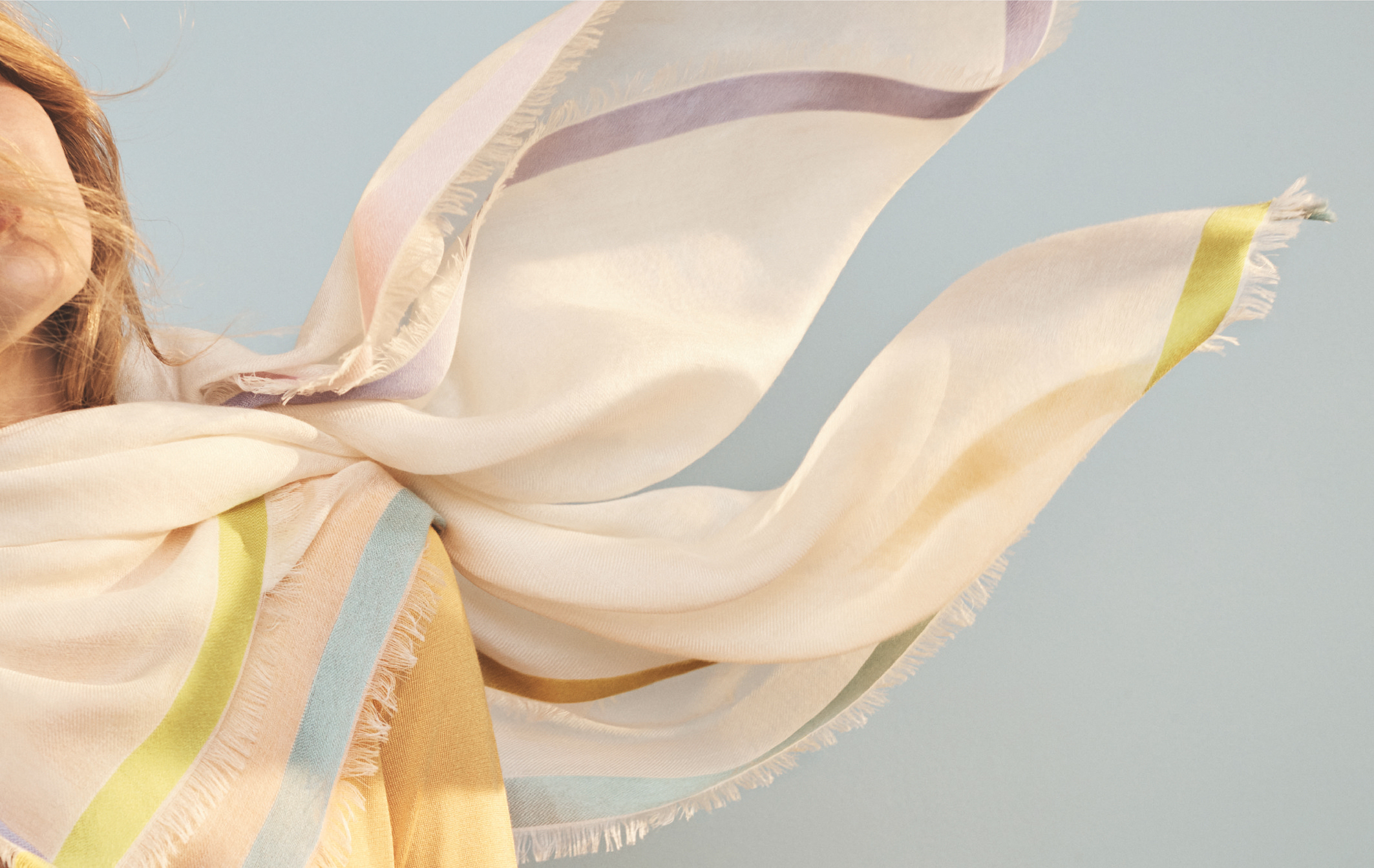 In 1956, new Princess of Monaco Grace Kelly stepped out in public with a scarf as a sling for her broken arm — putting a chic spin on an otherwise unfortunate situation. Her resourcefulness also highlighted the various ways in which a scarf can come in handy. This was again demonstrated in 1963, when Jackie O, after her husband’s assassination, developed a new period of fashion with scarves wrapped around her head — an effortless, casual definition of glamour. Then in 1992, Madonna flagged the nineties trend by wearing one as a halter top, and Sharon Stone utilised hers to tie up Michael Douglas in Basic Instinct.

Evidently, there are more ways than one that you can wear or utilise a scarf. A quick sweep through history and Google (there’s even a how-to guide on tying it the Kate Moss way, FYI), easily proves this. While scarves may no longer be the biggest trend on the runway, their staying power throughout the decades can tell you that they’re the fool-proof classics you can always rely on for extra pizzazz.

This is where Loro Piana’s exquisitely threaded scarves come in. Its diaphanous Iride cashmere stole seamlessly blends different shades of pink for that ombre oomph, and is the most opulent accessory you’ll ever wear. Gracefully wrapped around the neck or worn as a makeshift Madonna top, it’s well-suited for dinner dates, flights, and yacht escapades.

Then there’s the Circles Into Circles graphic piece. Crafted from the merging of Soffio cashmere and silk, the geometric prints of interlinking circles recall Futurist artists’ brushstrokes — proffering alternatives of a striking headwrap à la Jackie O, or an added razzmatazz on bag handles.

Loro Piana’s Rainbow scarf, too, is a lavish visual and tactile indulgence with its light hues spun in cashmere and silk yarns. It comes in a square shape, which makes styling possibilities endless. If there’s anything we’ve learned from storied fashion icons and their defining scarf moments, it is that scarves aren’t just made for the neck.

Style
Watch: Dior Haute Couture Fall/Winter 2020 live from Paris Fashion Week
Gear
Lamborghini’s new S$4.7 million luxury yacht has supercar DNA within
Living
These Instagrams are spotlighting truths about the minority experience in Singapore
Beauty & Grooming
NASA has created a perfume that smells like space so you can smell out of this world
Food & Drink
Where to find traditional Soon Kuehs in Singapore
Style
These young designers think it’s time for Singapore’s fashion industry to change
Beauty & Grooming
Is natural deodorant worth the investment or just a gimmick? We make the case
Style
Bulgari captures the drama of baroque in its new high jewellery collection
Travel
Lifestyle Asia launches LSA Curates, a slate of exclusive experiences for our readers
Sign up for our newsletters to have the latest stories delivered straight to your inbox every week.