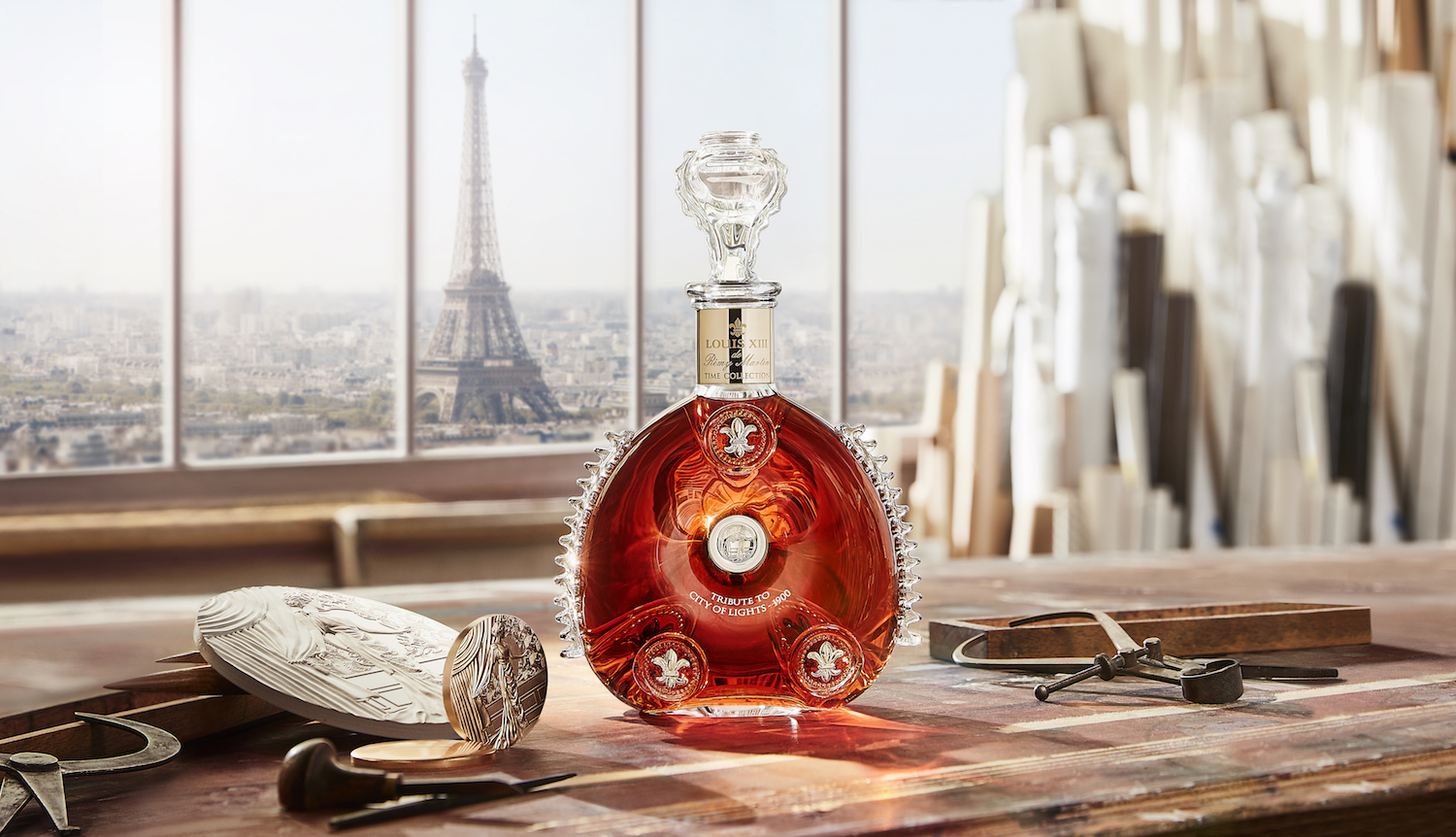 Paris has always been steeped in heritage and culture. At one point in history, it was the locus for creative and technological progress, and it is that point that storied French cognac house, Louis XIII turns to for the next installation in its Time Collection.

The Time Collection is built around limited-edition releases that pay homage to monumental points in the chronology of Louis XIII, from when it was established in 1874. For the latest expression, the maison harkens to its showcase during the iconic Paris World Fair in 1900, where Louis XIII was presented amongst the 83,000 exhibitors there.

Monumental inventions like the prototypal cinema and the telescope were displayed at the fair, and Louis XIII stood shoulder-to-shoulder with these groundbreaking innovations to grand public praise.

For this new limited edition, titled Time Collection: Tribute to the City of Lights — 1900, Louix XIII has enlisted the help of two equally legendary institutions, the Monnaie de Paris, known as the Paris Mint and producer of the euro coin, and crystal craftsmen Saint-Louis, to create a new decanter to house the treasured liquid.

You might also like…
Food & Drink
Decoding what wine glass you should use for that bottle you’ve opened
Style
At Paris Fashion Week, designers envisioned an apocalyptic future

The Tribute to the City of Lights — 1900 decanter is not a radical departure from the traditional Louis XIII vial, but the devil lies in the details. Entirely handcrafted by Saint-Louis, the bottle’s form is inspired by a 16th-century era flask found on the fields of the Battle of Jarnac. Its silhouette is lined with 13 dentelle spikes, sporting seven champagne gold fleur de lys emblems and a central medallion designed specifically for the edition.

Topping the decanter is a stopper that is not the customary fleur de lys, but the decanter upside-down. Inside the stopper is an NFC chip that gives buyers access to privileges that come with being in the Louis XIII Society, a private club. The stopper also enables you to customise a message to accompany the Tribute to the City of Lights — 1900, should you wish to gift it.

Also different is the coffret, a champagne gold beauty made from metal. Inside, an exclusively minted medallion from the Monnaie de Paris rests, adorned with artwork from its archives.

French history is a significant talking point when we consider Louis XIII, but the Tribute to the City of Lights — 1900 just accentuates how integral the past is to Louis XIII’s present. Beyond its status as France’s most prestigious cognac house, everything, from the coffret to the decanter and the spirit within is testimony to the transcendence of the savoir-faire France prides itself on. There are few better way to show appreciation to that than owning a piece of time with this edition.

Drinks Cognac Rémy Martin Louis XIII
Beatrice Bowers
Features Editor
Beatrice Bowers writes about beauty, drinks, and other nice things. When not bound to her keyboard, she moonlights as a Niffler for novels and can be found en route to bankruptcy at your nearest bookstore. Don't tell her boss.
Drinks Beauty