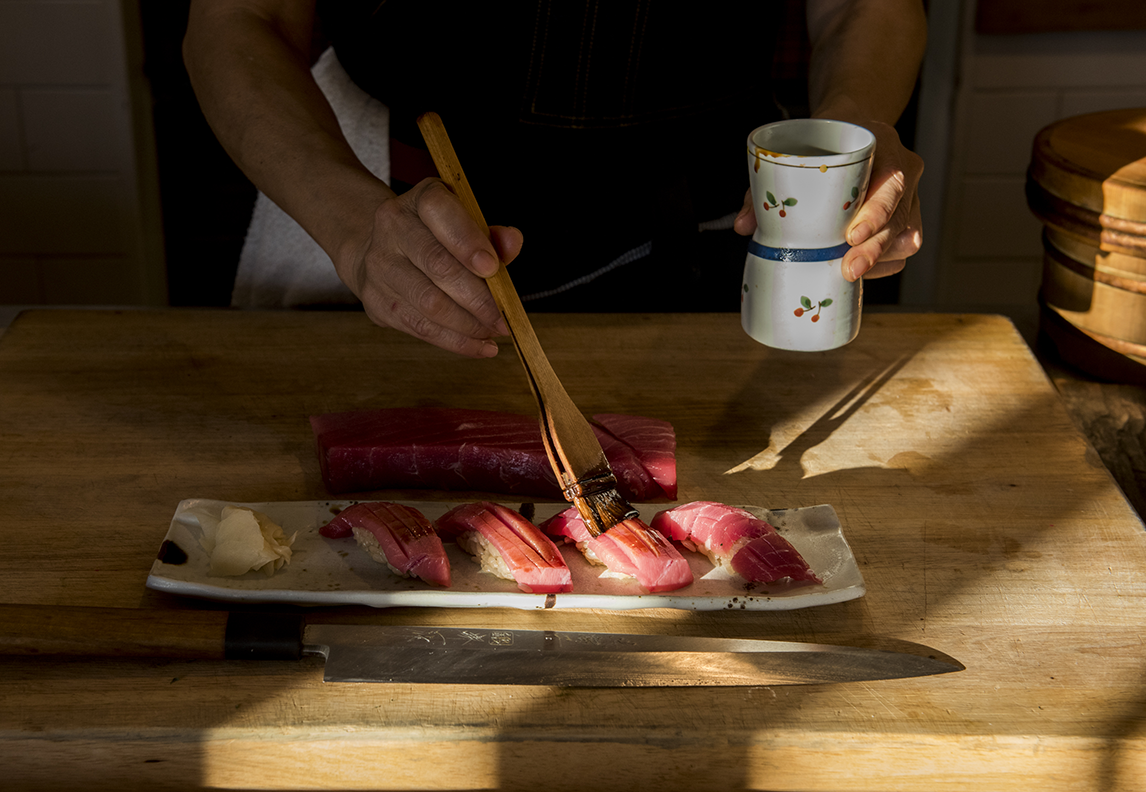 Why Japanese restaurants overseas are standing by Japanese ingredients

Presented by Taste of Japan

In Singapore, one can enjoy the best of Japanese cuisine without ever having to travel out of the country. It’s not entirely out of the question to have a homely bowl of ramen for lunch and an elegant kaiseki dinner within a day. If one’s adventurous enough, there’s easily a whole scope of Japanese cuisine ranging from casual izakayas to fine-dining restaurants within our country to pick from.

This culinary phenomenon is not unusual to Singapore. Japan’s Ministry of Agriculture, Forestry and Fisheries (MAFF) estimates that there are 89,000 Japanese restaurants around the world since July 2015. That number is expected to have increased exponentially as diners become more informed about Japanese gastronomy.
While demand for Japanese food is on the rise, few restaurants have stood by authentic Japanese fare. It goes beyond having wagyu on the menu or offering a sliver of Yubari cantaloupe for dessert.

For the Japanese, dining with Japanese ingredients is a way of life. Washoku, or Japanese cuisine, weaves in all the land has to offer in a massive array of dishes. Fresh ingredients, regardless of the premium associations or humble origins, are essential in the makeup of anything from bento boxes to elegant kaiseki courses. Taste of Japan, the latest campaign by MAFF, is set to espouse the washoku way in the global dining scene. MAFF works with Japanese restaurants and grocers to become stalwarts of Japanese ingredients while concurrently upholding the quality of their cuisine. In return, a certified partner in this initiative is officiated as a ‘Japanese Food Supporter’ — the ministry’s stamp of acknowledgement that said restaurant or grocer has pledged to provide and promote Japanese ingredients.

In Singapore, over 200 restaurants and grocers are now proud holders of the ‘Japanese Food Supporter’ certification. To qualify, restaurants must follow a few requirements such as featuring dishes made with Japanese ingredients and alcoholic beverages from Japan. Grocers, on the other hand, must promote and keep in stock Japanese food.

Fine-dining restaurant Chikuyotei is committed to its craft at both InterContinental Singapore and UE Square branches. Most ingredients here are imported from Japan, including the freshwater eels and rice grains for its signature unagi don. Garnishes are no exceptions either: shiso flowers, leaves and ginger are sourced from Japan and prepared in house.

Over at Japanese-Italian restaurant Ristorante Takada, quality Japanese produce remains chef-owner Masahiro Takada’s top priority. While the dishes are Italian, ingredients add a unique Japanese flair. There’s Hokkaido uni with squid ink taglioni for appetisers and an indulgent A5 Miyazaki wagyu tenderloin for steak. These are only a small taste of what chef Takada has to offer, who flies in produce four times a week.

These fine ingredients aren’t limited to cooking in restaurants as well. Aspiring home cooks will be pleased to know that groceries in Singapore have also taken the effort to provide Japanese produce for everyday use. At Isetan’s flagship store on Scotts Road, shoppers can find anything from artisanal dashi to Muscat grapes and muskmelons. There’s a huge variety of fresh vegetables and meat to consider for the next indulgent home-cooked meal.

Cooking Japanese ingredients at home may come off as intimidating. As part of its efforts to promote washoku, Taste of Japan also invited Japanese Cuisine Goodwill ambassador chef Shinichiro Takagi (of two-Michelin-starred restaurant Zeniya) to demonstrate simple, yet delicious, autumn recipes perfect for cooking at home. The demonstration, held at ABC Cooking Studio, saw participants try their hand at yuan-yaki yellowtail and jibuni or turnips simmered in broth.

After all, one does not need to be Japanese to cook Japanese. A chef, passionate enough about Japanese cuisine, can still imbue the principles of washoku in food.

Taste of Japan seeks to show that in the annual Washoku World Challenge, a prestigious international competition that sees non-Japanese chefs whipping up their takes on Japanese cuisine and pit them together in one final showdown. The 7th edition of Washoku World Challenge will see Fat Cow’s chef Loh Man Hong proceed to the finals in Tokyo where he will impress Japan’s best chefs with his original creations and culinary skills.

Takagi, who also served as a judge at the Singapore leg of the Washoku World Challenge, says: “Japanese cuisine is based on Japanese ingredients. Our cuisine is all about appreciating the taste of ingredients, we only use a little salt and soy sauce.”

Still, evolution is welcomed. He continues that while the techniques behind the cuisine are traditional, new ideas must be put forth for Japanse cuisine to continue flourishing.

This comes with expanding the reach of the cuisine across the globe, with non-Japanese chefs picking up Japanese ingredients as well. When it comes to comparing non-Japanese and Japanese chef, Takagi takes an open-minded approach. “I have to see them differently from chefs from Japan. There’s a big difference in experiencing food,” he says.

“But I was quite impressed to see non-Japanese chefs prepare the cuisine so well,” Takagi adds as he reflects on the Washoku World Challenge contestants. “Some of the chefs in the competition try to inject their ideas in traditional Japanese dishes. Some are good, others are bad. For me, it was fun to see this still. Chefs should try to experiment with Singapore and Japanese cuisines too.”

Results on the on-going Washoku World Challenge can be found here. The full list of certified Japanese Food Supporters in Singapore and around the world can be found on www.tasteofjapan.com.

Japan Taste of Japan MAFF
Jasmine Tay
Senior Writer
Jasmine Tay is the dining, culture and jewellery writer. She makes fine silver jewellery and causes mini-explosions in the kitchen when she can't afford fancy dinners. Sometimes she tells people what she thinks about art, and binges on the music of Danzig when they don’t agree.
Dining Culture Jewellery