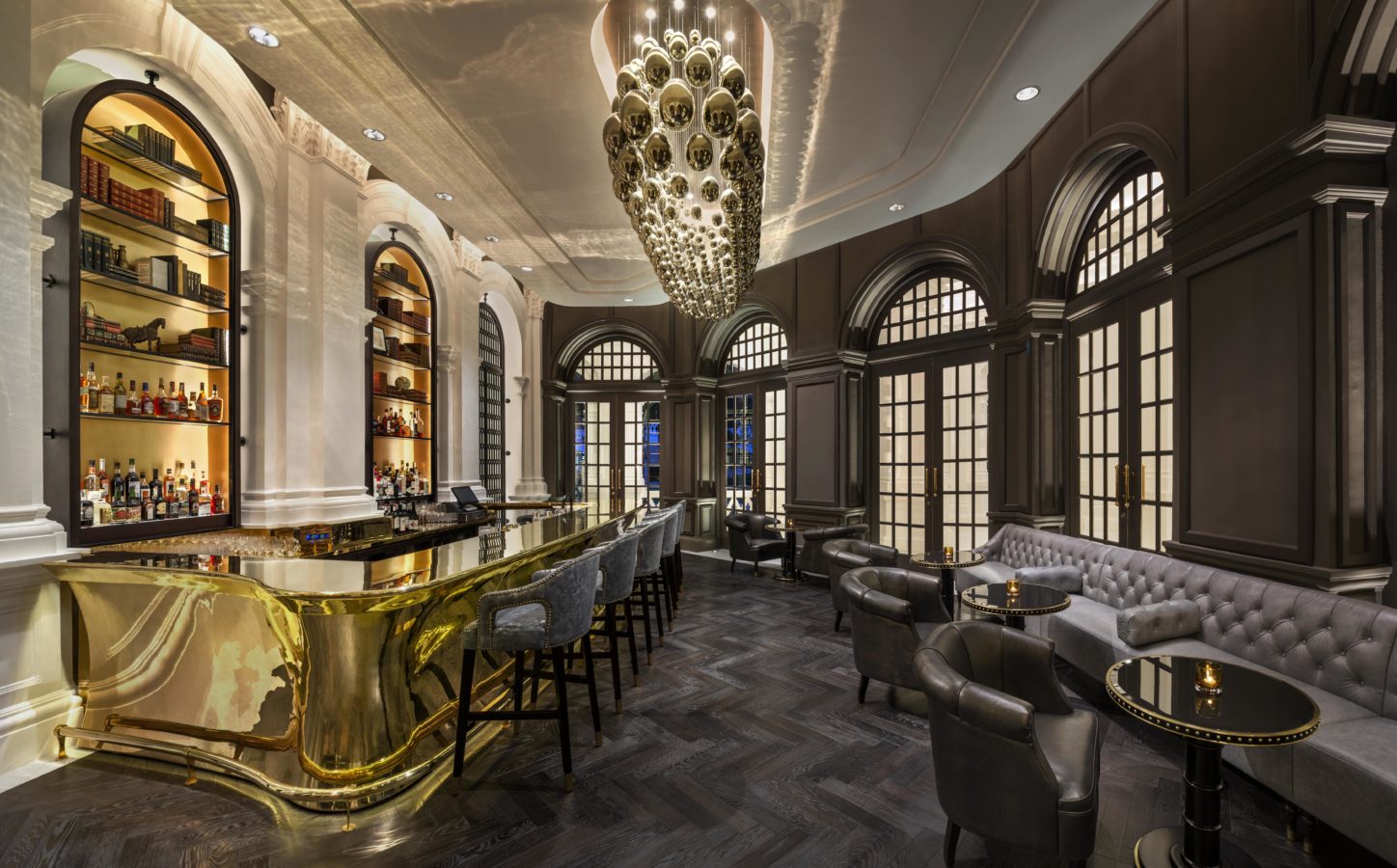 Long Bar may be the first boozy locale one might think of when heading to Raffles Hotel, but the iconic establishment is home to another storied set-up: Writers Bar — a watering hole that pays homage to the many famous authors who have stayed in the hotel through the years.

After a pandemic-ridden year of temporary closures, the refreshed space is making a stellar return to Singapore’s bar scene, this time armed with a brand new cocktail program by its latest head bartender, Nicholas Alexander.

With almost a decade of bartending experience, Alexander brings with him a wealth of knowledge and techniques from some of the most prestigious bars and restaurants around the world, including Aquavit and Eleven Madison Park.

Here, savour a taste of the spirit in the heritage and classic cocktail, Million Dollar Cocktail, crafted with pineapples, sweet Vermouth, grenadine, gum arabic, lemon, egg white and Angostura bitters. It was concocted by Ngiam Tong Boon, the same man who created Singapore’s most representative cocktail, the Singapore Sling, in 1915.

Alongside the 1915 Raffles Gin cocktails, Writers Bar will also be presenting a new chapter of original handcrafted cocktails inspired by “The Raffles Affair”, a murder mystery set in Raffles Hotel Singapore by their latest Writer-in-Residence, Vicki Virtue.

For the uninitiated, the Raffles’ Writer’s Residency Programme is an initiative designed to create and nurture a pipeline of creative writing talents and engage writers with a record of creative excellence. Similarly, the Writers Bar pays tribute to the many literary greats that have graced Raffles Hotel over the century, with a yearly-updated cocktail menu that draws inspiration from the literary work of the Writer-in-Residence for that year.

New Zealander author Vicki Virtue’s first novel (to be launched in April 2021) follows the adventures of heroine Victoria West, as she uncovers a murder mystery during her visit to a friend’s wedding at Raffles Hotel Singapore.

To commemorate this exciting occasion, guests will be whisked away on a tale of their own with Alexander and his team of mixologists, who’ve crafted a selection of cocktails based on the various mysterious and colourful characters featured in the novel.

Feeling peckish? Treat yourself to a curated selection of elevated bar snacks from the Gourmet Collection like the Beef Tartare Toast, Lobster Roll with curry mayonnaise, Parmesan Truffle Fries, and Kristal Caviar among other delightful bites.

Writers Bar is located in the Main Building of Raffles Hotel Singapore, and is open from 4pm to 10.30pm, Wednesday to Sunday. Reservations can be made via +65 6412 1816. For more information, head over to their website here.

Raffles Hotel Singapore Bars in Singapore writers bar
Jocelyn Tan
Senior Writer
Jocelyn Tan is a travel and design writer who's probably indulging in serial killer podcasts or reading one too many books on East Asian history. When she actually gets to travel, you can find her attempting to stuff her entire wardrobe into her luggage. Yes, she's a chronic over-packer.
Travel Design