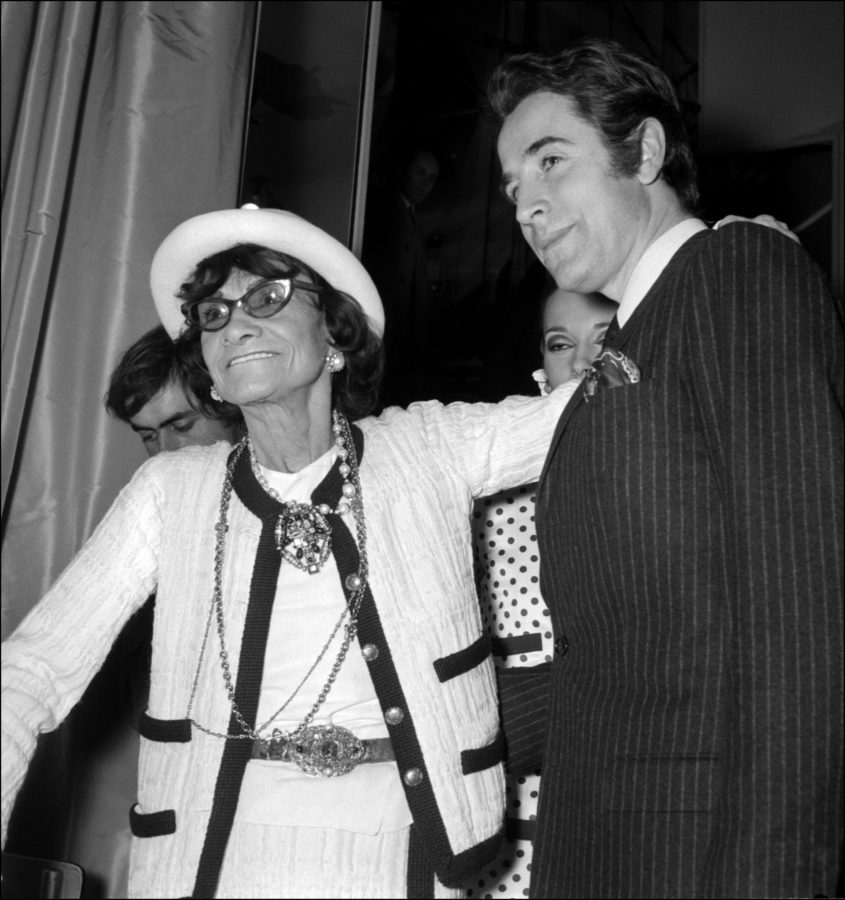 The greatest fashion designer of the 20th century, Gabrielle “Coco” Chanel, died suddenly in her suite at the swish Hotel Ritz in Paris half a century ago this week.

The woman whose designs still shape what we wear today, died at 9:00 pm on January 10, 1971. Despite it being a Sunday, the 87-year-old was working on a new collection, which was shown two weeks after her death.

A perfectionist to the very end, the designer was seen by staff at her fashion house on the rue Cambon the day before checking the slightest details, choosing cloth and inspecting all the buttons.

AFP broke the news the middle of the night: “Mademoiselle Coco Chanel died on Sunday evening in Paris.” The creator of the little black dress had freed women from the tyranny of Victorian corsetry, borrowing liberally from men’s wardrobes to do so.

But while her tweed suits, two-tone shoes and quilted handbags were synonymous with French elegance and female liberation, she also had a darker side.

Don’t mention the war
Many in France accused of her of collaboration with the Nazis during the occupation of their country during World War II. Which may explain why it took until last year for the first major exhibition dedicated to her work to open in Paris.

Chanel had spent the war at the Ritz with her lover, an aristocratic German intelligence officer called Baron Hans Guenther von Dincklage. The two took off for neutral Switzerland after the liberation, where she kept a low profile for a decade.

And when she returned to Paris in 1954, it was to her suite in the Ritz. It fell to her close friends at the luxury hotel to announce her passing.

“Her end was very gentle. We are dismayed because nothing in the days running up to it led us to believe this would happen,” one said.

With her willowy silhouette, pearl necklace, eternal straw boater and a cigarette habitually hanging from her lips, Coco Chanel was a familiar sight at the hotel, which she had called “home” since 1937. She rented a 188-square-metre (2,023-square-foot) suite, on the second floor with a view over Paris’s Place Vendome.

Black and white dominated the suite — where she received few visitors — in line with her belief that “black is timeless”. She also furnished it with her suede sofa from her fashion house and Chinese screens with lion talismen, which would later turn up on her tomb — Chanel being very superstitious.

The designer ordered that no one was to be allowed into the suite after her death. Only her family — two nieces and a nephew — were allowed to pay their respects.

The next morning at her fashion house her shocked staff members pointed to the haste with which she had gone about her work in the previous few days, saying it amounted to a premonition.

“She wanted to get everything ready before dying,” one said.

Tributes flowed in, including from some for whom Coco had not minced her words. “Chanel came with her fine lines, adapted to life and blew everyone away with her modernity,” said Spanish designer Paco Rabanne, whom she had dismissed as “the metal worker”.

French designer Pierre Balmain said she “always dared, always strips, never adds, there is no other beauty than the freedom of the body.”

On Wednesday, January 13, a crowd of several thousand people gathered in front of the Madeleine church in Paris for the funeral. Most of haute couture’s big names were there, but not Pierre Cardin, whom Coco Chanel had criticised many times, AFP wrote.

Fashion journalists, customers, models and all the 250 staff of the Chanel fashion house were out in force. All paid homage to Coco, an orphan from a humble background who had many unhappy love affairs, and who was one of the first women to cut her hair short “because it annoys me”.

She was also the creator of what has been the dubbed the “perfume of the century” — Chanel No 5. Her label would eventually be turned into a $100 billion business by Karl Lagerfeld.

The coffin disappeared after the absolution under a heap of white flowers, including an immense wreath of camelias — her favourite — from producers of the Broadway operetta about her life, “Coco”. She was then taken to a cemetery in Lausanne, Switzerland, where she had spent the war, to be buried in private. Her tomb there with its ever-changing floral arrangements has become a place of pilgrimage for fashionistas ever since.

Just In: Noughties hit TV series Sex and the City

Roche Bobois is changing the concept of luxury fur