10 best fashion moments of the week: Kardashians for #MyCalvins, Hedi Slimane at Céline, and more

Style
10 best fashion moments of the week: Kardashians for #MyCalvins, Hedi Slimane at Céline, and more
Share this article
Next article

The rule of thumb for anything is if it goes well, change is unnecessary. The French womenswear empire that is Céline has been doing more than well, yet parent company LVMH saw the need to shake it up. Creative director Phoebe Philo’s ten-year incumbency that seemed unrivalled came to an end with Hedi Slimane named as her successor. The brand also revealed expansion plans into menswear, couture and fragrance. Yet, with Slimane’s notorious reputation to forgo archival elements and instil a completely new spirit, is this the change a flourishing brand needs to propel itself further? We shall see.

Speaking of change: A decade ago, who would’ve ever thought any member of the Keeping Up with the Kardashians reality show would be deemed fit to front a luxury fashion campaign? Fast forward to 2018 and the whole clan has been chosen to front Calvin Klein’s latest #MyCalvins campaign series — winning the seal of approval of design bigwig Raf Simons, no less.

From the Kardashians and Jenners’ first collective fashion ad to the 24th Screen Actors Guild Awards’ best-dressed, here are the best fashion ’Grams of the week. Scroll down and get in on the latest. 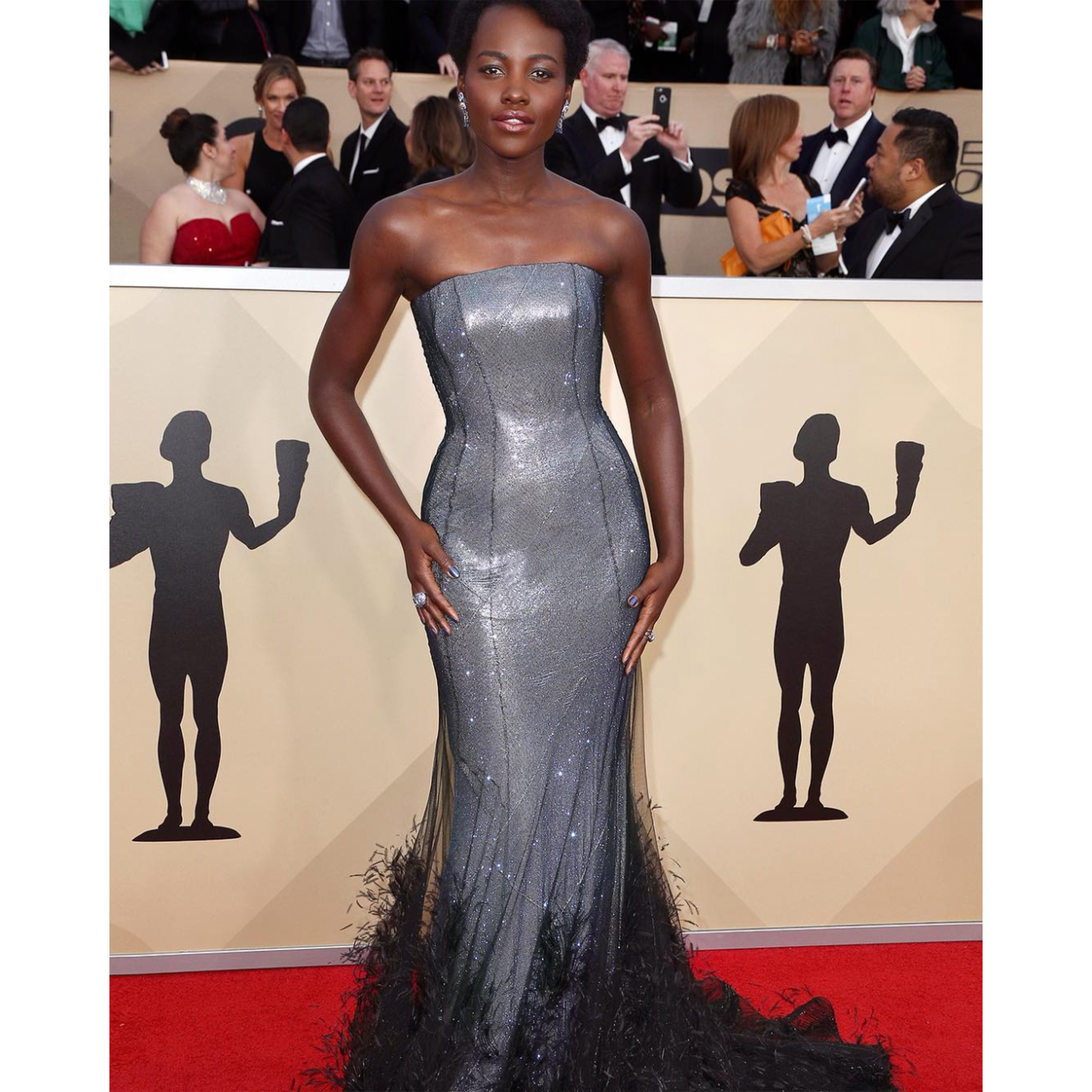 At the SAG Awards, Lupita Nyong’o dazzled in her glimmering number from Ralph and Russo Couture. Although colour was back on the red carpet following the Golden Globes’ #TimesUp blackout, Black-ish and Grown-ish actress Yara Shahidi showed up in a super-chic, custom black jumpsuit from Ralph Lauren. After red carpet rounds in Berluti and a front row seat at the brand’s show, Call Me By Your Name actor Timothée Chalamet switched things up with Raf Simons’ Calvin Klein suit for the SAG Awards.

“Man of the moment: @tchalamet, nominee for Outstanding Performance by a Male Actor in a Leading Role for the film ‘Call Me By Your Name’, hit the 2018 #SAGAwards red carpet wearing a CALVIN KLEIN #205W39NYC black wool tuxedo jacket, paired with signature marching band pants.” 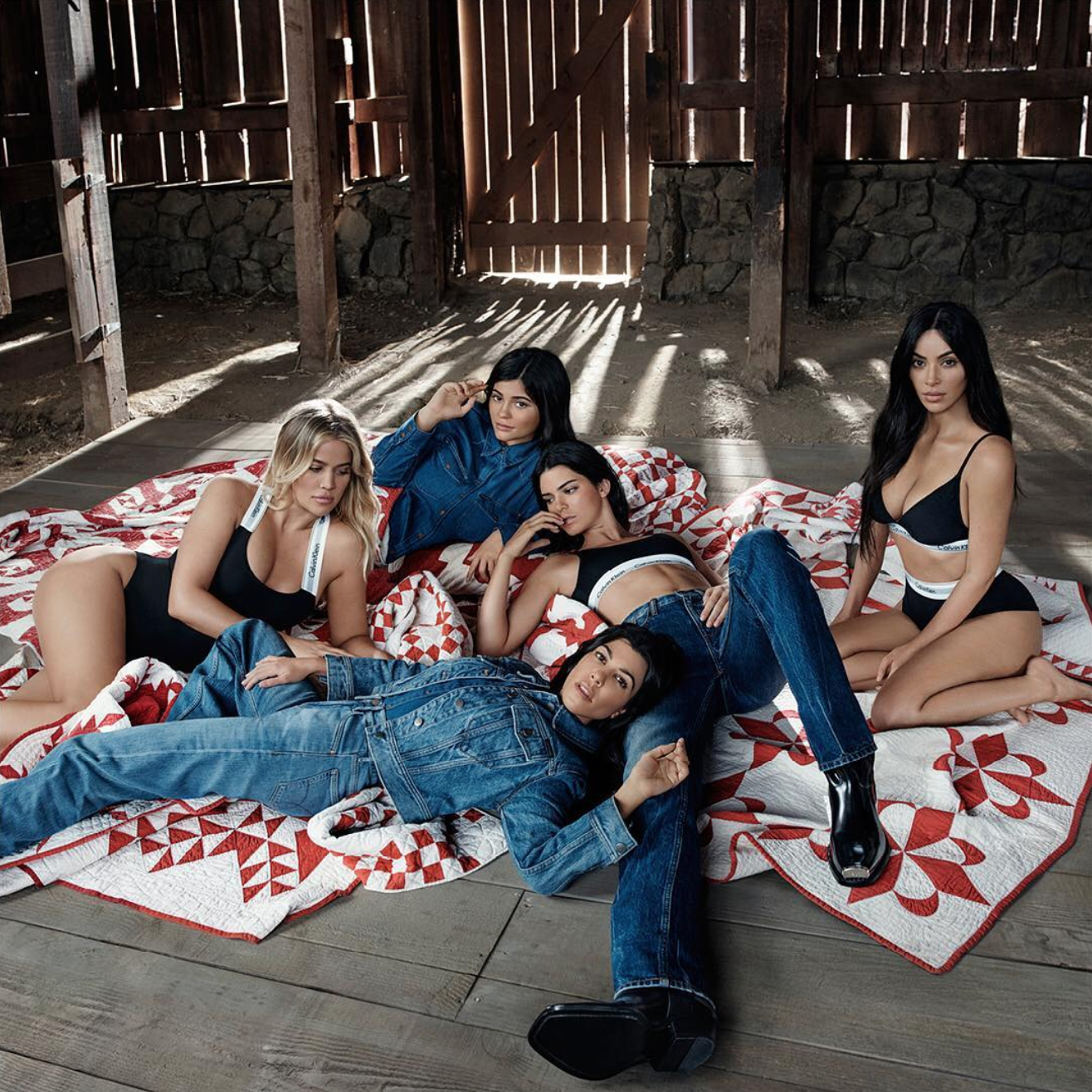 On the topic of Calvins, the Kardashian clan — including Kardashian-Jenners — are the latest faces in Calvin Klein’s #MyCalvins campaign series.

“OUR FAMILY. #MYCALVINS. @kimkardashian, @kyliejenner, @kendalljenner, @khloekardashian and @kourtneykardash stick together, no matter what. Shot by @willyvanderperre. See more at calvinklein.com/mycalvins.” 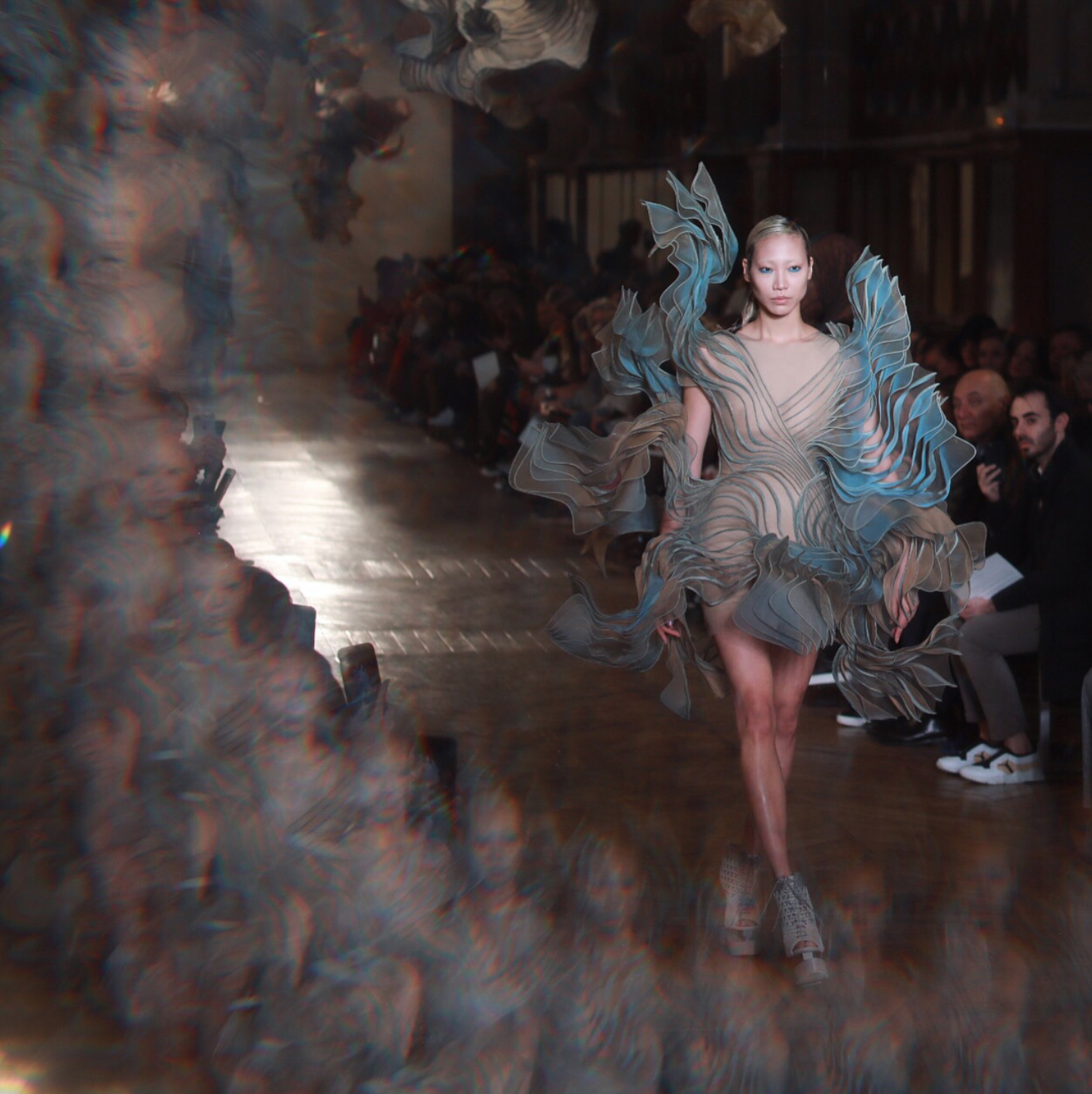 Dior Couture was nothing short of fantastical, with a show held in a chamber with severed body part figures dangling from the ceiling. There, Maria Grazia Chiuri posited her take on Surrealist art with tulle face masks and illusion-print cage gowns.

“One of the many dresses in the Spring-Summer 2018 Haute Couture collection that takes up the Surrealist motif of the cage, this hypnotising design by #MariaGraziaChiuri features a sharply-constructed skirt of wide illusion stripes in graphic black and white as worn by @LineisyMontero.
#DiorCouture #PFW” While the original Surrealist-chic couture house Schiaparelli, which was founded by the late Elsa Schiaparelli in the 1920s, offered plastic fringing, raffia rows and frothy pastels. 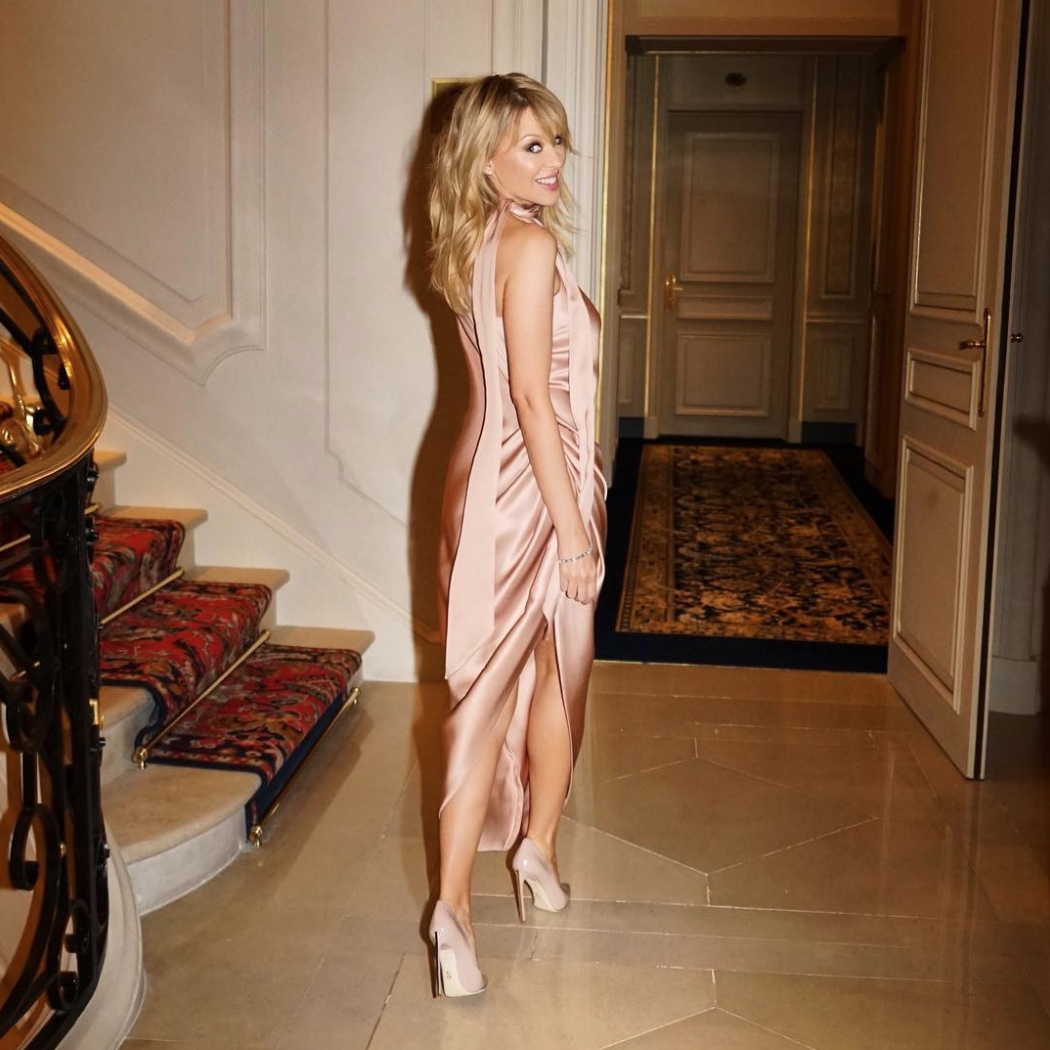 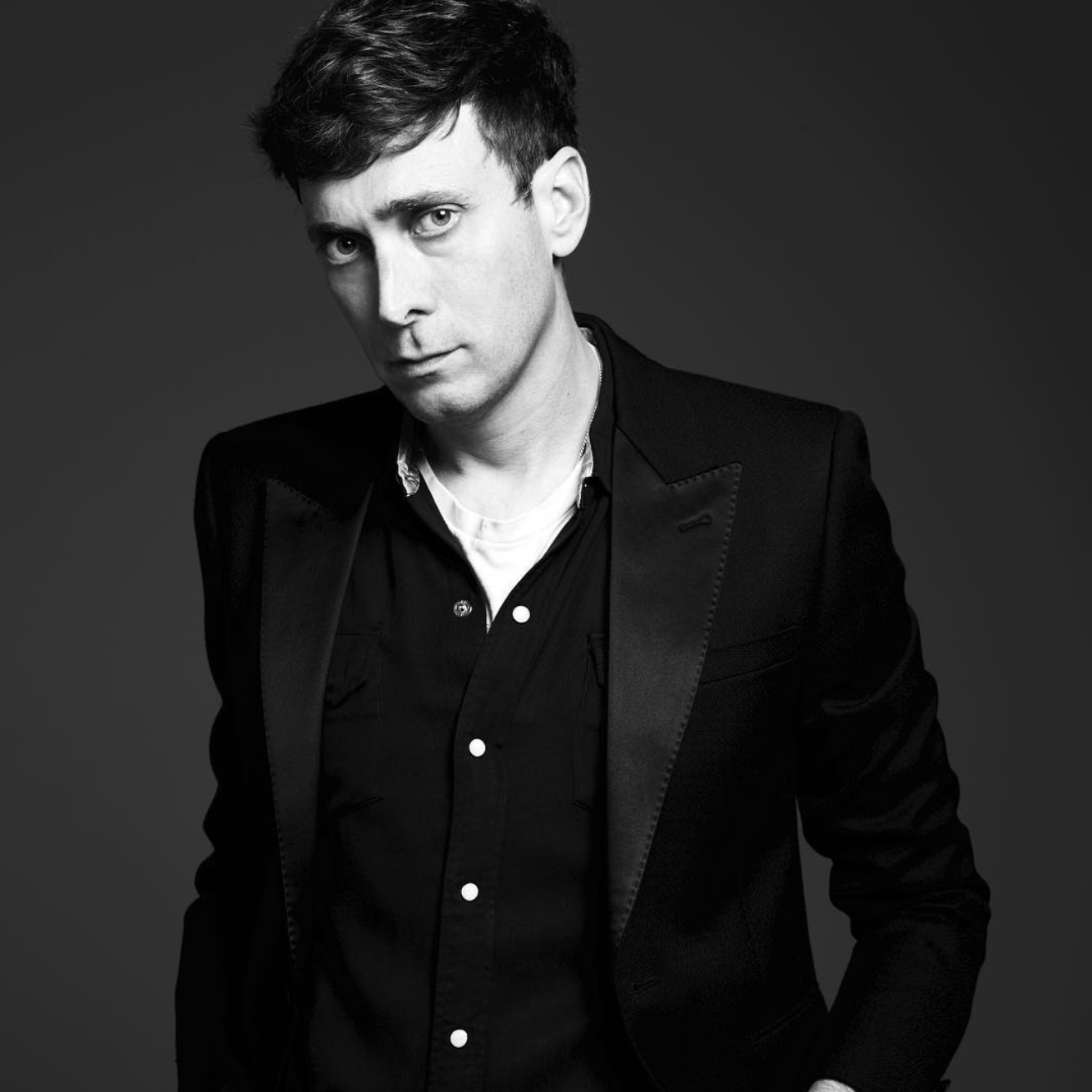