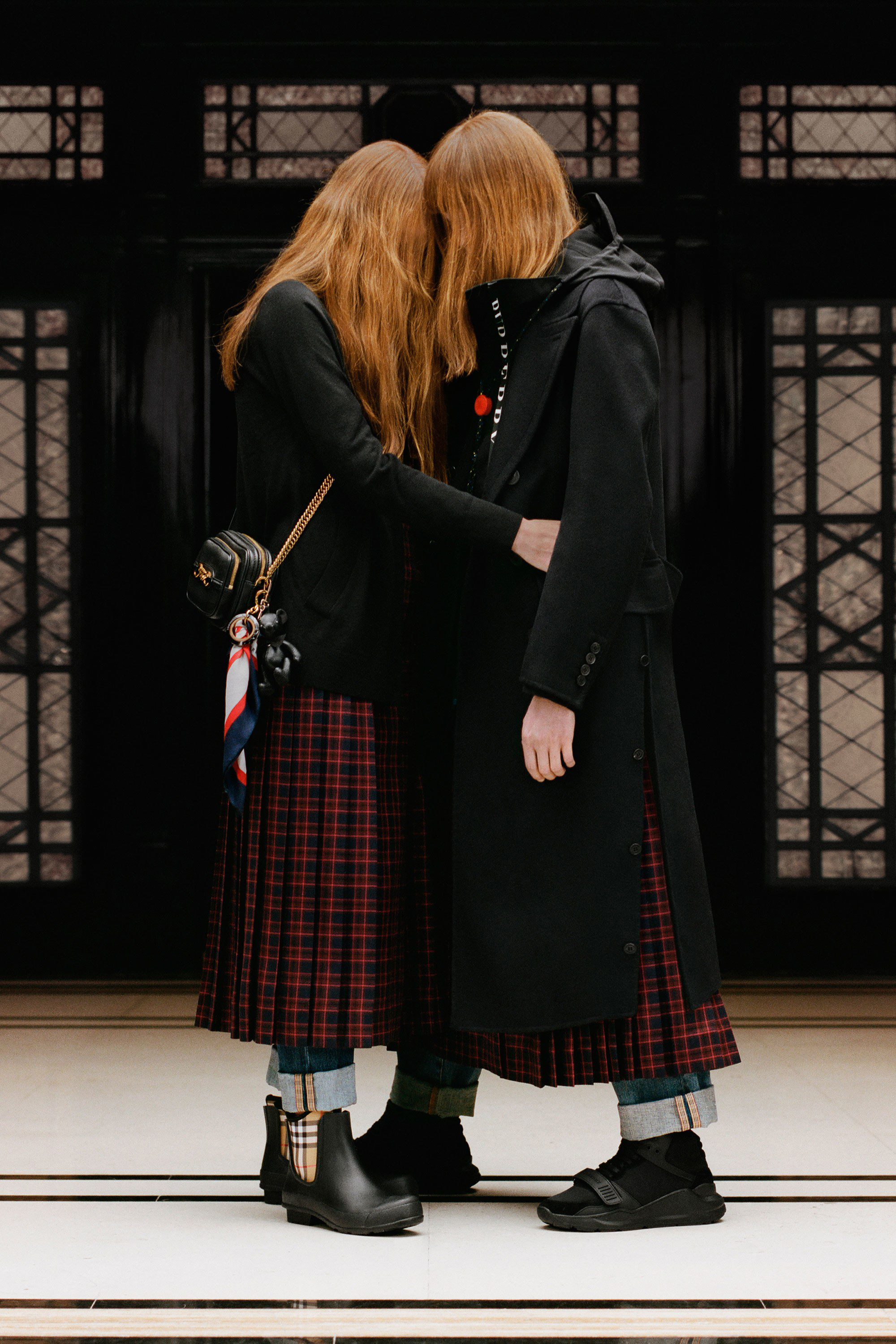 Four months ahead of his first runway show for Burberry, Riccardo Tisci unveiled his debuting work for the British house on Instagram. Titled B Classic, Tisci did a “curatorial” work of styling his-and-hers pieces that are anchored in five of Burberry’s sartorial icons — from the trench coat to the kilt — designed by the in-house team. In the post, he says, “I wanted to celebrate the beauty, heritage and legacy that I discovered when I first arrived at Burberry.”

While the B Classic is by no means Tisci’s first collection nor teaser for it, the exclusively straight couple pairing in the eight-image lookbook does prod conversations — more so considering Tisci’s own outspokenness for the community and former creative director Christopher Bailey’s feted LGBTQ+ swansong tribute.

Elsewhere in the French Riviera, the Cannes Film Festival is in full swing. As per normal, the jury panel dressed to the nines, but Jury President Cate Blanchett deftly seized the opening night in a recycled Armani Privé dress, shifting the focus to sustainability in the fashion industry. To tide us all over until his official runway debut in September, Riccardo Tisci curated Burberry’s Pre-Spring 2019 collection underpinned with the house’s signature pieces, titled B Classic.

“I wanted to celebrate the beauty, heritage and legacy that I discovered when I first arrived at Burberry. ‘B Classic’ is an edit that I’ve curated to honour the icons of the House – pieces like the trench coat, the quilted jacket, the car coat, the kilt – which sit at the heart of the SS19 pre collection designed by the fantastic Burberry design team. @burberry #bclassic????????” Though Lupita Nyong’o skipped the Met Gala this year, the actress had a heavenly Prada moment at the Cannes Film Festival. Also in Cannes, the sleekly dressed Fan Bing Bing was announced to be part of Jessica Chastain’s upcoming spy thriller 355 cast alongside Nyong’o, Marion Cotillard, Penelope Cruz and Chastain herself. 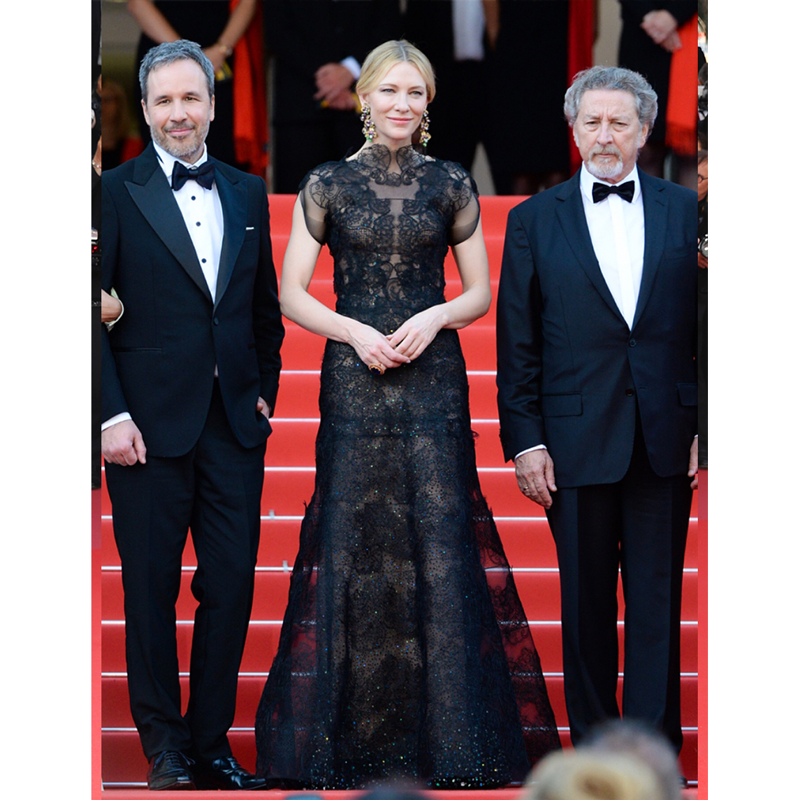 Jury President Cate Blanchett opted to recycle an Armani Privé gown — which she once wore to the Golden Globes in 2014 — for the opening night of The Cannes Film Festival in support of fashion sustainability.

“#CateBlanchett, Jury President of the 71st @festivaldecannes ​and face of @armanibeauty Sì fragrance wears a #GiorgioArmaniPrivé gown and#ArmaniBeauty look at the opening of the festival. #Cannes2018 #ArmaniStars​” 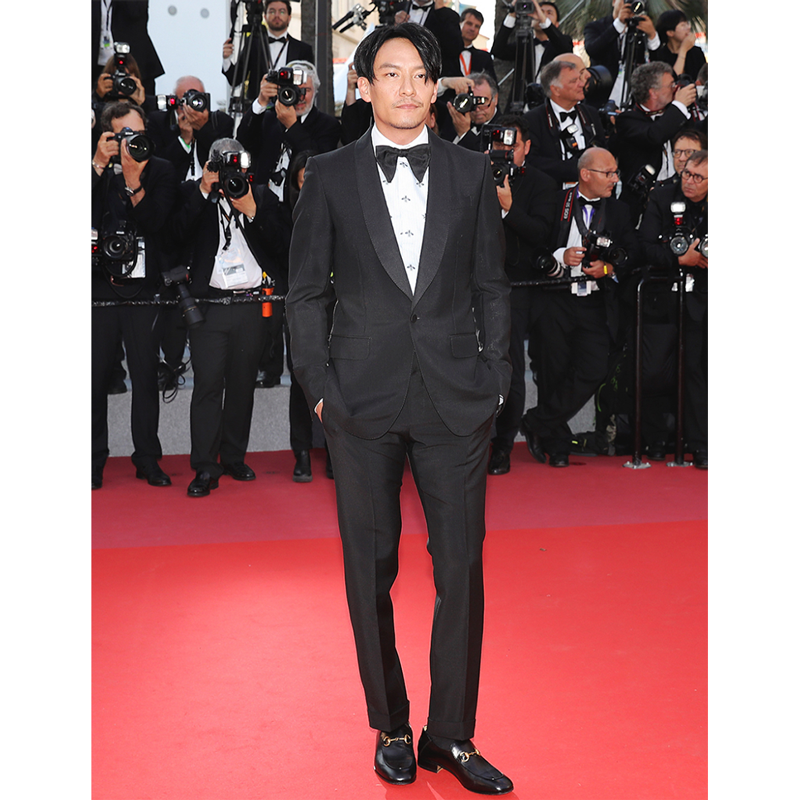 Jury member Chang Chen suited up in Gucci’s DIY tux. On his back, an intricate cobra was embroidered and sequinned to perfection.

“To the 71st annual @festivaldecannes, jury member #ChangChen wore a #GucciDIY Signoria tuxedo with an embroidered cobra on the back, formal evening shirt with bee and star print, silk bowtie and black leather loafers with Horsebit detail to the screening of ‘Ash Is The Purest White’. #Cannes2018 #AlessandroMichele” While jury member Kristen Stewart was dressed entirely in Chanel.

“#CHANELinCannes — first day. House ambassador and jury member Kristen Stewart’s journey from getting ready at the CHANEL suite to attending the opening ceremony of the Cannes Film Festival in a #CHANELFallWinter dress with #CHANELFineJewelry and #CHANELMakeup. #Cannes2018” 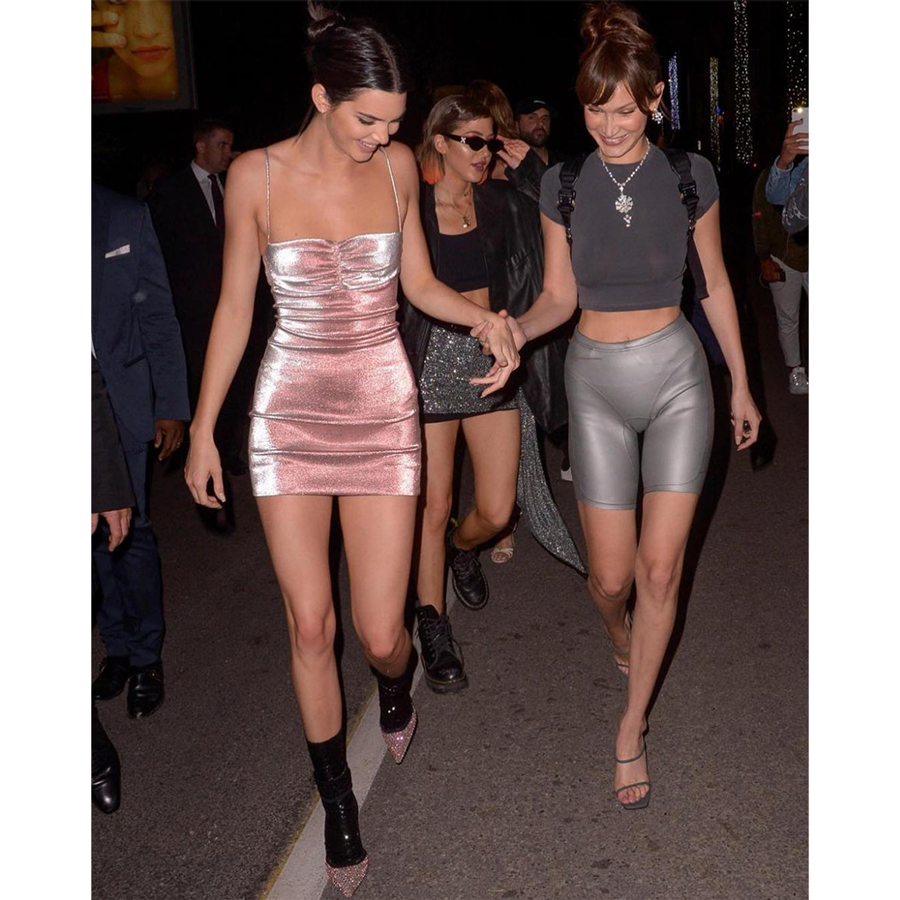 Following party and red carpet appearances in Cannes, Kendall Jenner and Bella Hadid went for a night out in Area’s lamé mini dress and a crop-top-and-bike shorts combo respectively. In another part of France, Amandla Stenberg switched gears for a gritty blackout after donning a poised red dress for Miss Dior’s annual dinner.

“Buckling up for the big brigade” Black continued to reign supreme, even on Mother’s Day. Emily Ratajkowski lounged in bed with hers in tonal mother-daughter ensembles.

“Happy Mother’s Day to the number one woman in my life. Your love is the most magical thing in the universe and I am forever grateful to be your daughter.” 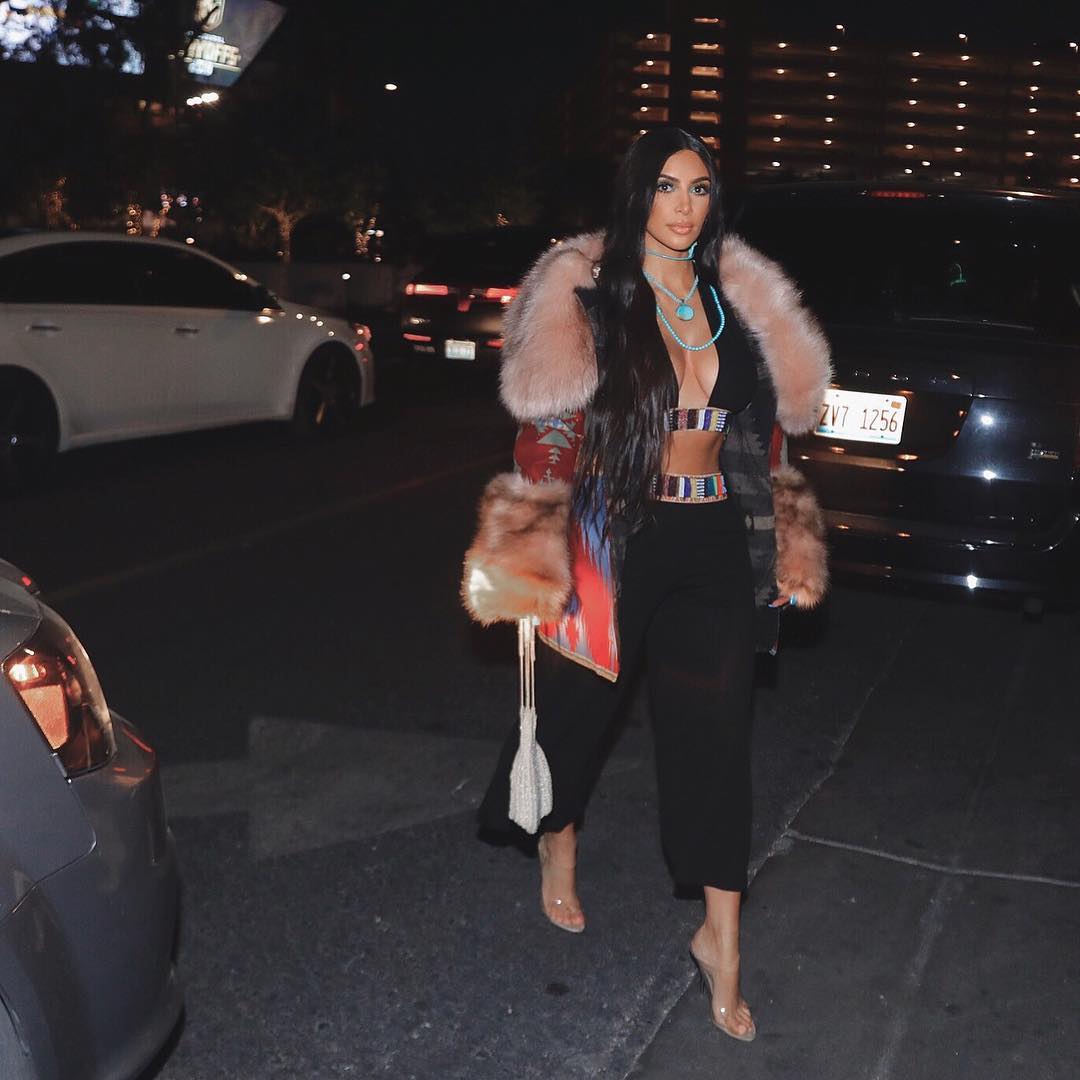