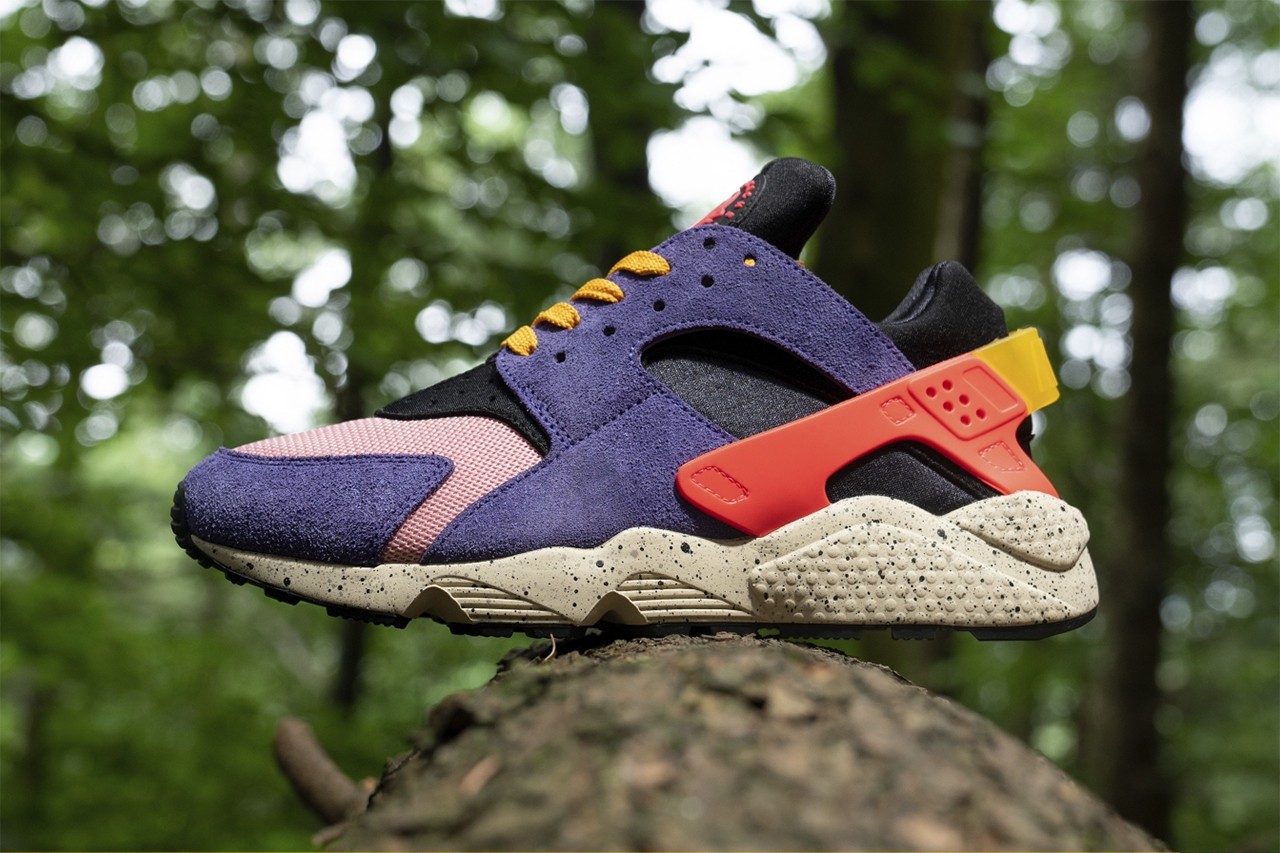 5 new sneakers dropping this week, from Yeezys to Sean Wotherspoon and size? collabs

Style
5 new sneakers dropping this week, from Yeezys to Sean Wotherspoon and size? collabs
Share this article
Next article

If you’re in the market for new sneakers this week, you’ve come to the right place.

As we roll into the second week of September, the sneaker world has blessed us with five pairs that will no doubt win the hearts of collectors worldwide, and then find their way to StockX with an extravagant mark-up.

Sean Wotherspoon, for one, has returned with another adidas Originals sneaker. This time, however, he’s also infused a little Disney magic into his very first original design. This year’s also a big milestone for two legendary icons, the ASICS GEL-Lyte III and Nike Huaraches, so expect to be treated to two celebratory special editions too.

Yeezy fans will also want to mark their calendars, for Kanye’s DSRT BT will be making a rare re-appearance on the brand’s app. Those who want something a little more, say underground, however can look to a certain South Korean streetwear brand’s collaboration with Reebok instead.

Read on for the best sneaker releases globally this week. 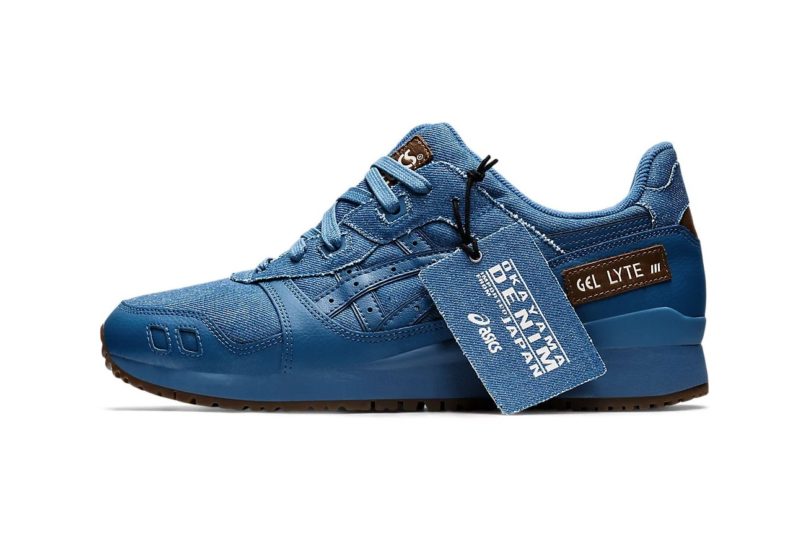 If you missed the Levi’s x New Balance drop last week but still fancy the idea of denim on your kicks, ASICS is here to help. Following its “White Denim” colourway last month, the Japanese footwear giant has continued celebrations for the GEL-Lyte III’s 30 anniversary with this blue iteration.

Made with Selvedge denim supplied by Okayama Denim, the sneakers feature details like frayed denim overlays, as well as brown tags on the split-tongue and rear that are inspired by the labels found on jeans. Matching blue rubber midsoles, sock liner, and laces complete the look.

After the successful release of the Premier Road Plus VI runners earlier this year, South Korean brand Critic Wear has its sights on yet another pair of Reeboks. This time, however, it’s taking on the Club C 85, one of the sportswear brand’s most recognisable sneaker.

The Gore-Tex Infinium fabric is the big star here, and is combined with microfibre and premium leather details to make this shoe even more durable than ever. The classic white silhouette also feature mismatched branding on the tongue tags and black heel tabs, the latter of which sports Reebok’s logo on one side and Critic “COPYRIGHT EST. 2006” on the other. Look closely and you’ll see that both heel tabs feature Korean text too. The branding theme continues on the toe box and lateral tags. 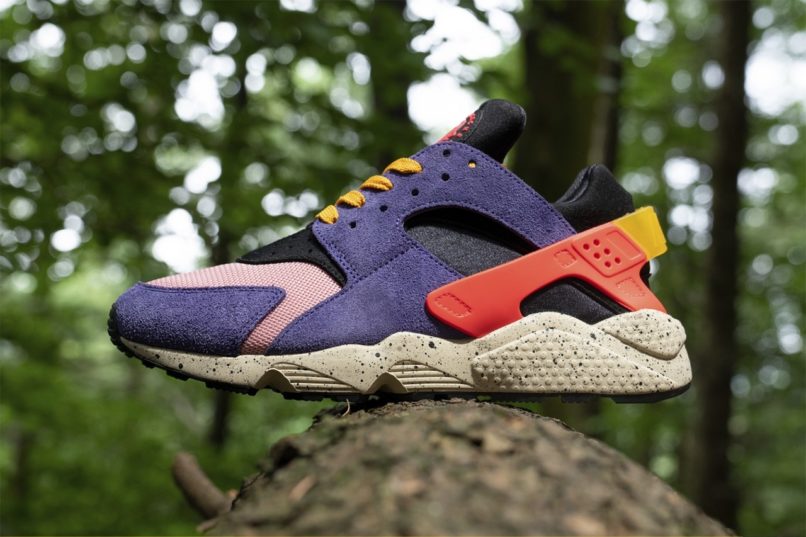 Another sneaker celebrating its 30th anniversary is the Air Hurache, and Nike has been going all out with new colourways. Sneaker retailer Size? however, has taken celebrations to the next level by releasing its very own version, inspired instead by an exclusive ACG colourway that harkens back to its very own 2010 Nike Lunar Air 180 ACG collab and OG Air Terra ACG.

This means that you can look forward to autumnal hues like deep purple, pink, and red that are offset by pops of orange and yellow, all of which blend in perfectly into the black sock-like bootie that’s now synonymous with the sneaker. These ACG-inspired kicks sport the same speckled midsoles too.

Fans of YEEZY will know just how hard a DSRT BT drop is to come by, so you’ll want to mark your calendars for this drop. adidas Originals will be restocking two colourways of these shoes — “Rock” and “Oil” this week. This will be the boots’ second restock since it was first released in 2019.

In true Kanye style, these boots are a streetwear take on the utilitarian silhouette, and sport details like suede panels, a 3M trim on the tongue, bulky rubber soles and heavy padding within the shoe.

Following teasers of a mythical “S” creature that roamed the streets of New York, Berlin, and London, Sean Wotherspoon has finally unveiled the sneakers behind it all: the Superturf Adventure SW.

While previous collabs only saw him reworking existing adidas designs, this one will be the designer’s first original creation, and like all his others will be sustainable and vegan through and through. The multi-hued sneaker will see an upper base of purple corduroy that’s blended with a khaki vegan material. The green stitched Three Stripes and blue eye stay placket add even more colour to the shoe, as does the speckled orange sections on the mid-panel and blue vegan leather on the heel clip.

On the tongue, you’ll find Pinocchio’s Jiminy Cricket embroidered over the blue corduroy overlay, revealed only when you remove the matching corduroy bag that attaches to the shoes.