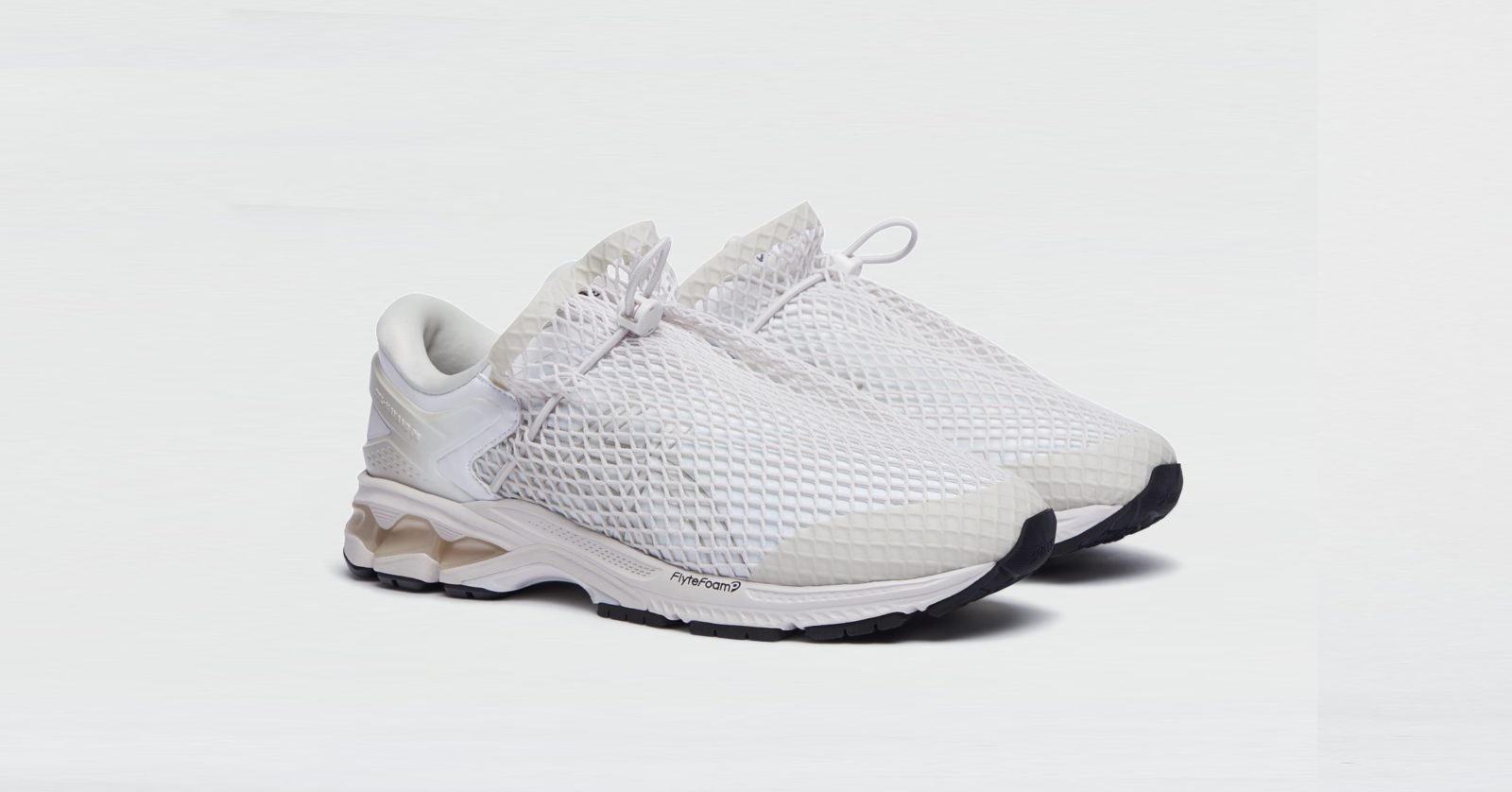 Whether you’re a fan of her romantic corsets or her more rebellious punk-inspired pieces, one thing is for sure: the appeal of Vivienne Westwood is more potent than ever.

That’s why it’s not surprising that ASICS has rolled out yet another collaboration with the iconic British brand, after kicking off their successful partnership in 2019. This time, the two labels have dreamed up the ASICS x Vivienne Westwood GEL-Kayano 26 sneakers (S$399) — their sixth and most unconventional pair yet.

The shoes come in either black or white, but that’s where their simplicity ends. The sneakers are unlike anything you’ll find in ASICS’ regular offerings — or those of other sportswear brands, frankly. To get to the bottom of what makes the new release so special, we spoke to Christopher Di Pietro, Vivienne Westwood’s global brand director. Below, we list the five things we’ve learned about the limited-edition GEL-Kayano 26 sneakers.

Just as Vivienne Westwood herself defied convention, the new design doesn’t quite conform to what you’d expect of a pair of runners. That’s because they’re based on Westwood’s iconic sack shoe, which made its debut on her joint Fall/Winter 1982 runway collection with Malcolm McLaren, “Nostalgia of Mud”.

Featuring a piece of leather wrapped around the foot, the sack shoe was drawn on primitive footwear styles to make a statement of their modernity — something that the new sneakers do now.

“The original designs were made of leather and had quite a rustic feeling.” says Di Pietro. “We wanted to see how this concept would work on a sports shoe and I love the way it has taken the concept into something futuristic.”

There are no laces, but that’s not a problem

Because of their unique design, the ASICS x Vivienne Westwood sneakers have done away with shoelaces. Instead, what you’ll find on the open mesh net that covers each shoe’s upper is a toggle lacing system. It’s made of elastic webbing that allows you to slip the shoes on and adjust their fit easily.

The detail is something that minimalists will appreciate, because it gives the shoes a cleaner, pared-back look. Otherwise, featuring the net and Westwood’s Orb Saturn logo on the heel, the shoes stand out quite a bit.

They are built for performance

For all the intrigue that the ASICS x Vivienne Westwood sneakers inspire with their form, you might not expect much in their functionality department. You’ll be surprised; the shoes are built with ASICS’ FlyteFoam midsole with GEL cushioning, which are perfect for runners looking for maximum support in the long haul. The shoes’ softer heel, a signature of the GEL-Kayano 26 style, also ensures stability and a plusher touchdown. That’s something your feet will be thankful for, even if you’re not tackling a marathon anytime soon.

The shoe campaign was inspired by Guy Bourdin

Yet another way that the ASICS x Vivienne Westwood sneakers stand out is with the visuals that accompanied them. In surreal photos shot by Paolo Colaiaocco, helmet-clad models were shown hauling supersized versions of the sneakers around, or constructing them like a marvel of architecture.

“The original idea came from a Guy Bourdin picture which was originally a shoe ad in the seventies,” shares Di Pietro. “It featured toy workmen and scaffolding around a lady’s high heel shoe. We just took it one step further using modern technology. The idea was that the shoe is like a piece of advanced engineering like building a skyscraper.”

The shoes will go a long way

You might buy into the shoes for the hype, but they’ll last you longer than that. After all, Vivienne Westwood — the brand and the designer — is all for sustainability. Remember Westwood’s “buy less, choose well, make it last” motto? You can apply it to the new ASICS sneakers.

“Quality and durability were key for this collaboration,” says Di Pietro. “We wanted to create something that not only looked great but that incorporated ASICS’ precision performance technology, along with long-lasting soles and ripstop anti-tear mesh uppers.”

He assured us that they won’t go out of style, either. “Our leather sack shoe stands the test of time and is still one of our most iconic and popular styles.”